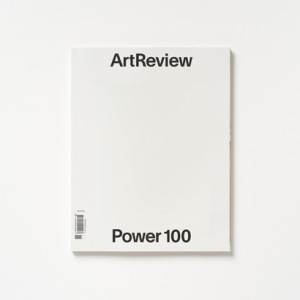 LOVE IT. ENJOY IT. READ IT HERE.

Because who doesn’t love power? Even if it is only reading about it in the hands of another. An indication of who will have power in 2015.

NR. 1 – Was held by Sheikha Al-Mayassa bint Hamad bin Khalifa Al-Thani in 2013 this year Nicholas Serota director of the worlds most visited museum of modern and contemporary art, Tate replaces him. Tate Modern is scheduled for a £215 million Herzog & de Meuron-designed extension. A lot of decisions to be made, POWER.

Alexander Rotter and Cheyenne Westphal, the new worldwide heads of Sotheby’s contemporary department (61), their curated sales are a success and Westphal is the driving force behind Sotheby’s support of the annual Tate Britain Commission

Tom Eccles(77). As executive director of the esteemed CCS Bard he prunes the curators of tomorrow alongside undertaking many other projects, like being the “correspondent” for the 2009 Venice Biennale on the board of the Keith Haring Foundation and advising on a new art center in Arles. This illustrious Brit has been in the creative helm of several well-established institutions like Park Avenue Armory(2006-2010), as curatorial adviser, Public Art Fund as director(1996-2005). He has initiated countless projects and curated many shows in collaboration with other major institutions like MoMa, New Museum, Whitney and galleries like Marian Goodman showcasing artists like Louise Bourgeois, Janet Cardiff, Mark Dion, Dan Graham, Barbara Kruger, Pierre Huyghe, Ilya Kabakov, Jeff Koons, Paul McCarthy, Takashi Murakami, Nam June Paik, Pipilotti Rist, Lawrence Weiner, Rachel Whiteread and Andrea Zitte… Ehhh? Why now? And why haven’t we seen him on this list earlier?

Adrian Cheng (100), this Hong Kong based billionaire is only 34 so he has plenty of time to spend more $€¥ and move up the ranks! He is chairman of the $16 billion New World Development real estate and retail empire founded by his grandfather and has a penchant for art and culture. His non-profit K11 Foundation s international artists and, according to Cheng has the ability to produce 50 shows a year, attracting over 1,000 visitors a day. The foundation’s VIP club has over 10,000 members. He was a large sponsor of Ink-Art at The Metropolitan Museum. He has partnered with Palais de Tokyo to raise awareness for Chinese art and sits on Tate’s Asia-Pacific Acquisitions Committee. Bigger, better, Chinese!

Theaster Gates (44) now follows Ryan Trecartin (42) who has moved up (Where is the art world going to – from socially engaged to internet-era aesthetics and valley-girl talk?) Beatrix Ruf, former director of Kunsthalle Zürich & incoming director for Stedeljik Museum, Amsterdam(17), down 10 spots. She has moved to a larger slower institution that recently went through a million dollar make-over. Not much more happening there I guess.

Can’t wait to see what this art year has to offer!

Getting to Know the Artist Lorene Bouboushian

Contemporary Art and Psychoactives in Berlin 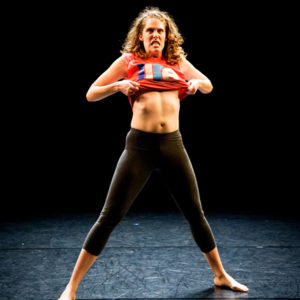 Getting to Know the Artist Lorene Bouboushian