I hope everyone is having a lovely summer. We know Mikaela is, now that her magnificent Swedish Wooden Toys project has come to fruition. In my life, I just went to the beautiful wedding of Zoe and Bear Kirkpatrick. Zoe is a curator and blogger, not to mention the designer of one the prettiest weddings I’ve been to (I’ll get to her later), and Bear is a pretty cool artist in his own right.

I did my best to give them an appropriate wedding gift, but in the meantime, let’s take a sneak peak of an art critical look at the groom, shall we? Bear works with portraiture, using digital programming to super-impose and reimagine imagery from ranging from the historic to the fantastical. In addition the imagery, there are also printed books available.

The subject of this image, from the Early Settlers series, is actually this weekend’s bride! That’s her brother, in Portraits Praelium. The bird theme is recurrent throughout his work as well, having been featured in the earlier Human Diaorama series, as was active in 2012.

Bear has been well-received in various galleries, having shown in New York on numerous occasions. His glorious website, from which all these images are ruthlessly stolen, has a cohesive list.

Then there was the time they covered me in poppy seeds, Photoshopped me into a pregnancy, and then the picture got picked up by Le Monde. Stay tuned for an updated version of this post with that image in a little while!

Many congratulations to the bride and groom!

Greg Allen is Behind @TheRealHennessy Twitter Paintings and They're Great 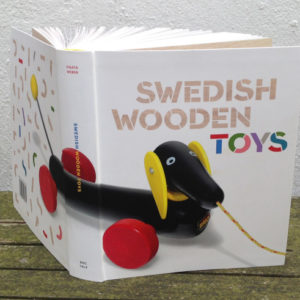 Swedish Wooden Toys opened on June 18th at Les Arts Decoratifs in Paris, it is the exhibition to see this summer,...