Music & Art, A Perfect Match: The Bowie/Collector Sale at Sotheby’s

More and more, the boundaries are collapsing between art and music. With the ethereal St. Vincent appearing in David Sims’ photographs and the K-Pop sensation T.O.P curating a contemporary Asian art sale at Sotheby’s in Hong Kong, music and art sell well as a pair. The David Bowie sale at Sotheby’s was thus one that instantly caught my attention. The exhibit is comprised of just over 350 lots and has been displayed in L.A., New York, and will travel to both Hong Kong and London.

Sotheby’s is known for their single owner sales, and for photographing them in situ. Who can forget the incredible opulence of the Gianni Versace sale in 2001, or the Bunny Mellon sale in 2015? However, Sotheby’s has not revealed where and if the lots were located within Bowie’s various homes. My reasoning behind this is that not many of the pieces were actually on display at Bowie’s SoHo home on Lafayette Street in New York City or his compound in the Catskill Mountains. Knowing that you are bidding on a piece of art that belonged to David Bowie versus a piece that belonged to David Bowie and was in storage for his entire life are two very different stories.

David and his wife Iman were intensely private people, and the interiors of their homes were rarely photographed. However, it is known that one of the paintings in the sale, “Head of Gerda Boehm” by Frank Auerbach, was one that Bowie kept on display. “I find his kind of bas-relief way of painting extraordinary. Sometimes I’m not really sure if I’m dealing with sculpture or painting,” he said about the rather dramatic expressionist oil painting. “Some mornings I’ll look at it and go, ‘Oh, God, yeah! I know!’ But that same painting, on a different day, can produce in me an incredible feeling of the triumph of trying to express myself as an artist. I can look at it and say: My God, yeah! I want to sound like that looks,” he continued. Imagine having a painting that inspired Bowie’s artistry in your home? Mind-blowing. 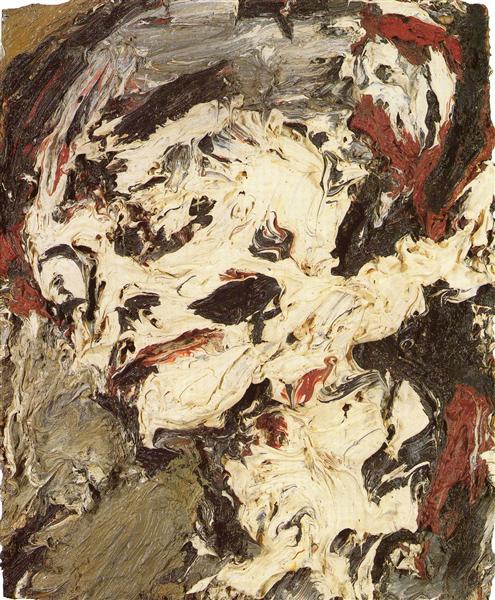 I had the privilege of seeing the show “David Bowie Is” at the Museum of Contemporary Art Chicago in 2014, where it had traveled from the Victoria and Albert Museum in London in 2013. This exhibit highlighted how Bowie was chameleon-like in his skill of transformation during his six-decade career. He was able to reinvent himself every time, from Ziggy Stardust to the Thin White Duke, or even Jareth the Goblin King in the film Labyrinth. In the same way that his music spoke to multiple generations, Bowie had a vast and insatiable desire for almost every different type of art. An active member of the art scene, Bowie served on the editorial board of Modern Painters, played Andy Warhol on screen in Julian Schnabel’s biopic “Basquiat,” and participated in art world pranks with Jeff Koons. Bowie’s collection represents the taste and knowledge Bowie possessed. He loved both early Camden paintings and works by Damien Hirst. From his several monumental paintings by Jean-Michel Basquiat to outsider art painted by the patients of Viennese insane asylums, Bowie collected for narrative and emotional value.

Design Pieces in the Sale

Although the Bowie/Collector sale is highlighting contemporary art above all, there is also an emphasis on the significant design pieces that Bowie owned. The lots include the classic “Big Sur” sofa designed by Peter Shire, as well the statement piece of Ettore Sottsass’ “Casablanca” sideboard. The design sale is only expected to make around 126,306 in U.S. dollars, it is nice to see that the side of Bowie as a collector of Post-war Italian design is also emphasized. These Memphis objects have been displayed alongside the two Damien Hirst’s spin art paintings at the Bowie exhibit. This is a combination that surprisingly works, as the whimsical colors of the Memphis group fit in with the child-like nature of the Spin art. The exhibit feels a bit like a 1980’s Pee-wee Herman meets Ettore Sottsass fantasy, and that sounds to me like an aesthetic Bowie would have loved. 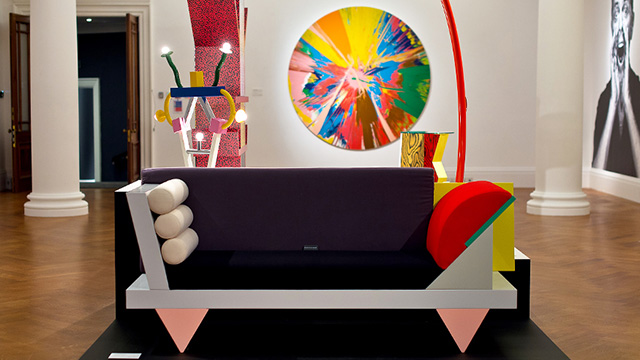 The sale of David Bowie’s collection will take place in London in three parts: an evening auction of Contemporary Art on November 10th, followed by day sale of Contemporary Art, and finally a Design sale of Ettore Sottsass and Memphis Group on November 11th. The catalog and complete online lot listings will be released mid-October.

Elizabeth Muir
Writer, Cultbytes Lifelong auction house junkie. A student at the Bard Graduate Center, Muir focuses on both nineteenth-century American material culture and contemporary American design in her studies. Working at Wright Auction as a research assistant, she had the chance to write and research for both the Irving Harper and Four Seasons sales. She has written and published on topics spanning everything from the early American use of Chinese export porcelain to the quasi-religious imagery in the contemporary films of Matthew Barney. Her secret love continues to be single-owner auction sales, her favorite being the fabulous Bunny Mellon sale. 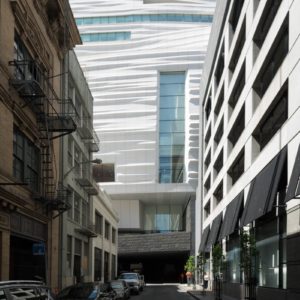 I’m the first to admit that I am not an art aficionado (clearly what every editor of a contemporary art magazine wants...