Midterm Election Op-Ed: Nevertheless, A Cause for Celebration 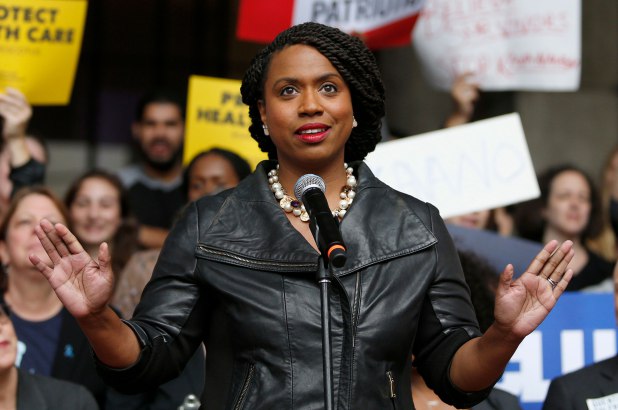 SAN FRANCISCO – Two years ago on this day, I wrote an op-ed on the aftermath of the election. On how Donald Trump being elected was not the end of the world, we could, and would, forbear.

Now, I don’t mean to be negative, but in those two years families have been torn apart, children traumatized, white supremacy has risen to the surface and extinguished the life of Heather Heyer and caused the racially motivated murders of Maurice Stallard and Vickie Jones, and the slaughter of 11 elderly Jews who were attending synagogue for a Bris. The media is constantly under attack and the president encourages violence against them, which resulted in the deaths of five people inside the Capital Gazette in Annapolis. Not to mention the horrific circumstances of journalist Jamal Khashoggi’s death in Saudi Arabia, which the current administration is doing their best to brush under the carpet.

It’s not all bad. The Dodgers lost the World Series two years in a row. There are more cute animal videos than ever that pop up online (mostly to manage our stress levels). The #metoo movement began, because women have had enough of being stepped on. Perhaps without a president accused of multiple episodes of sexual misconduct and the rape of his ex-wife, we would not have been pushed to the brink and begun to push back. And due to this president, we know which friends were never really friends, to begin with.

Voter turnout in the United States has always been apathetic at best, dismally low at worst. In the 2014 midterm elections, only 36.4% of eligible voters turned out to the polls. This is the lowest turnout in 70 years. The 2016 election (which proved to be pivotal) only 55.3% of the eligible voters turned out. The 2008 elections boasted a 64% turnout, which is unfathomable to someone who comes from a country where low voter turnout means 77%. Now admittedly, midterms never have the pull or gravitas that the presidential elections do, which is a shame because midterms have more of a personal impact on the community we live in.

Toxicity reigns supreme, but rising from it is the unmistakable scent of outrage and indignation.

However, the current atmosphere in the US is very different now from two years ago. Toxicity reigns supreme, but rising from it is the unmistakable scent of outrage and indignation. The apathy many of us were feeling two years ago has dissipated. People around me may not be overly involved in politics, but every day they utter exasperation at something that’s happened overnight, whether an event such as the Thousand Oaks Borderline shooting, or Press Secretary Sanders blatantly lying about Jim Acosta assaulting a White House intern (seriously, Press Secretary, there is a video).

And on Tuesday November 6th, at 7:53 PST, all that outrage and indignation paid off. The Democrats took back the House, and the current administration finally has to answer to someone. 47% of eligible voters took the polls and cast their ballot. This may not seem like a huge figure, but compared to the 2010 midterms (41%) and the aforementioned 2014 midterms this is a big deal.

Over 100 women are now Representatives in Congress. Colorado, where a baker once refused to bake a wedding cake for a gay couple, now has the first openly gay Governor, Jared Polis. Native-American lesbian Sharice Davids now has a seat in Congress.

Yet people (read liberals) are complaining that the Blue Wave that they were expecting didn’t happen. That Texas, Florida, and Georgia have failed. These people are wrong. Something monumental happened in these last days. The Democrats were never going to seize Congress; that was too much to expect. What was feasible was taking back the House, which they did do. Beto O’Rourke came closer to take Texas back from a Republican stronghold than anyone in the last 30 years, and he won over a nation. This means that perhaps the Democratic Party has a candidate to offer in 2020, something that’s been sorely lacking.

Andrew Gillum, the Democratic candidate for Governor in Florida conceded his race early on, but it’s now becoming increasingly likely that there could be a run-off vote. Even if there weren’t, Florida voters passed Amendment 4, which restored the voting rights to 1.5 million non-violent former felons. Ron DeSantis, even if you win, your days are numbered.

We did not fail. We made an enormous difference; we let the Republicans know that their failure to choose country over party did not go unnoticed.

We did not fail. We made an enormous difference; we let the Republicans know that their failure to choose country over party did not go unnoticed. We fired some truly awful people from their jobs, including Scott Walker of Wisconsin (whose pro-life stance would even make the Pope roll his eyes, and believes climate change is a hoax) and Kim Davis, the country clerk in Kentucky who refused to issue marriage licenses to gay couples.

With a majority of the House, Democrats can protect Mueller’s investigation, protect the ACA, subpoena the President’s tax returns, and prevent the current administration from passing any new laws. They are now handcuffed, and that is a huge blow to them. This is not the time for lamenting what could have been, it is a time for celebrating. Celebrating women, celebrating POC, celebrating the LGBTQIA community, celebrating the fact that voter turnout was the highest it has been in 50 years. Celebrate. Take a breath. Then we get back to work.

We push back against voter suppression that is prevalent all over the country, but particularly in Georgia, where Democrat Stacy Abrams is running against Republican incumbent Brian Kemp, WHO IS ALSO IN CHARGE OF THE VOTE. That is outrageous. Districts in Georgia that have a heavy African-American population were supplied with faulty voting machines, or no voting machines at all. At the time of this writing, the vote is still undecided with thousands of absentee ballots and provisional ballots uncounted, and a run-off looming. It’s frustrating, it’s painful, and it’s infuriating, but it’s not over. To paraphrase a popular term from “Game of Thrones,” and our illustrious orange leader, change is coming. We just have to continue fighting for it.

So I guess I was right when I first wrote about this two years ago. We did indeed, forbear.

Election Editorial: Forms of Resistance to Protect You From Heartbreak, Nov 10, 2016.

The Curatorial Vision: Editor-in-Chief Anna Mikaela Ekstrand Reflects on Her Path Into Art 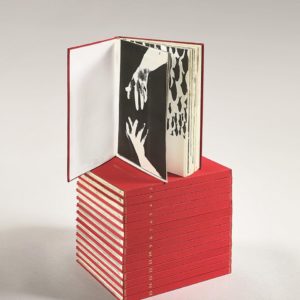