The Women’s March on Washington and it’s Racial Divide

The ‘Women’s March on Washington’ was a wonderful experience for me. I left feeling invigorated and ready to do more political work, but I have to admit every step of the way I was aware of what was the elephant in the room. Many Black women skipped the march. Many of us simply did not want to show up for it. This is the complication that was not discussed at the march. Yet, there were flashes of this problem before and during the march. 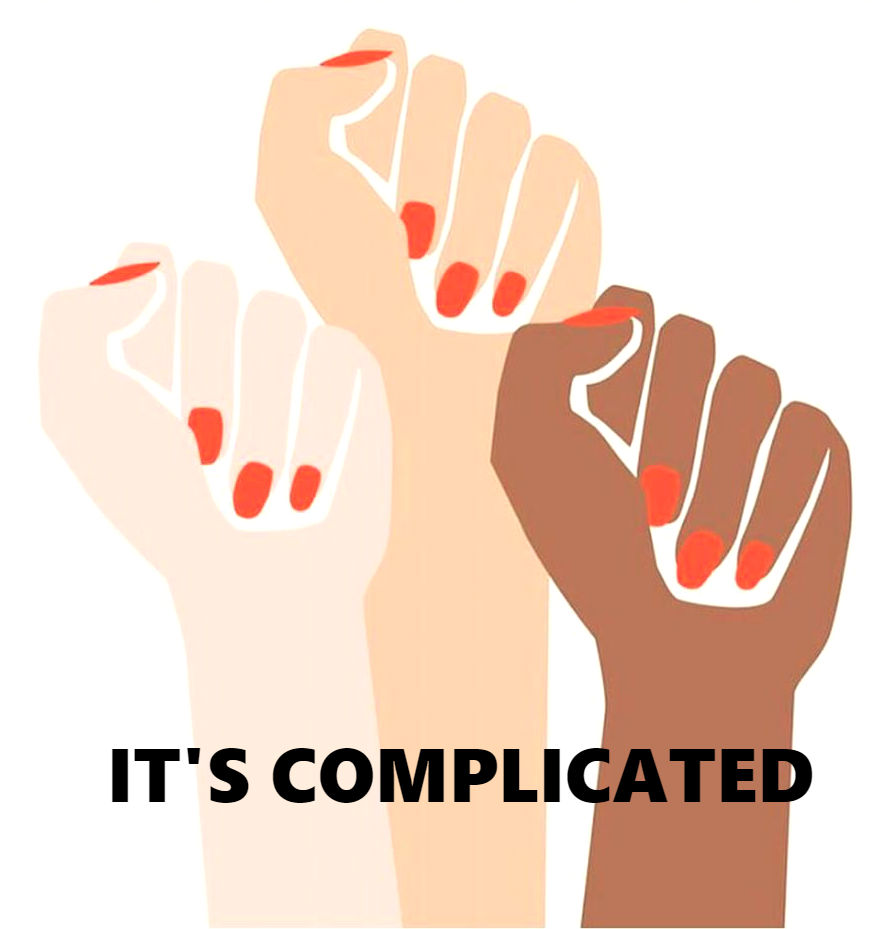 Before I even left for DC, an article began circulating on FB by Jamilah Lemieux entitled “Why I’m Skipping the March.” I was shocked by how many of my African American friends reposted this with statements like “Agreed. I will not be putting my body in harm’s way for this. I’ll be home practicing self-care and drinking cocoa,” or “White women made this mess and they can fix it.” My big issue with these reactions are that they are not helpful. Trump, is a problem. Trump’s administration is both sexist and racist, and guess what? That makes Black women more vulnerable than White women.  This is not the ideal time for Black women to sit on your butts and drink cocoa, it is time to take action in the way that suits you best. Personally, I am not too angry to march with white women, but I get why some are. Simply make plans to do some other political action as a replacement activity; don’t just complain on social media. (In some cases these replacement activities happened, but of course those posts got less likes on FB.)

Why Were There So Few Black Women in the Crowd?

Upon arriving in D.C., I had to wonder why there were so few Black women in the crowd. I knew my closest Black friends from out of town weren’t going, but IT’S D.C…. A LOT OF BLACK WOMEN LIVE IN THE AREA. To be more precise, 1.5 million Black non-hispanic women live in D.C. and its surrounding townships in MC and VA. Howard University, one of the most respected historically Black colleges in the country,  is located in DC. 10,000 students attend the university and 6,672 students are female! Why didn’t I see many of them? Why didn’t I see historically Black sorority chapters there, marching with a banner? -Oh, no one thought to call them? That’s too bad.  Do you know Michelle Obama is a member of Alpha Kappa Alpha? While, Soledad O’Brien and Angela Basset are members of Delta Sigma Theta…  and I am just scratching the beginning of a long list of names. My point is, there are alumni chapters for each black sorority in every major city of the U.S. Where were their representatives?

How Do We Fix it?

Meanwhile, when I casually mentioned this to one of my white girlfriends, while riding back to NYC following the march she was surprised. She didn’t realize this photo below was already hitting my Instagram and Black Twitter. There is a huge racial disconnect here. How do we fix it? 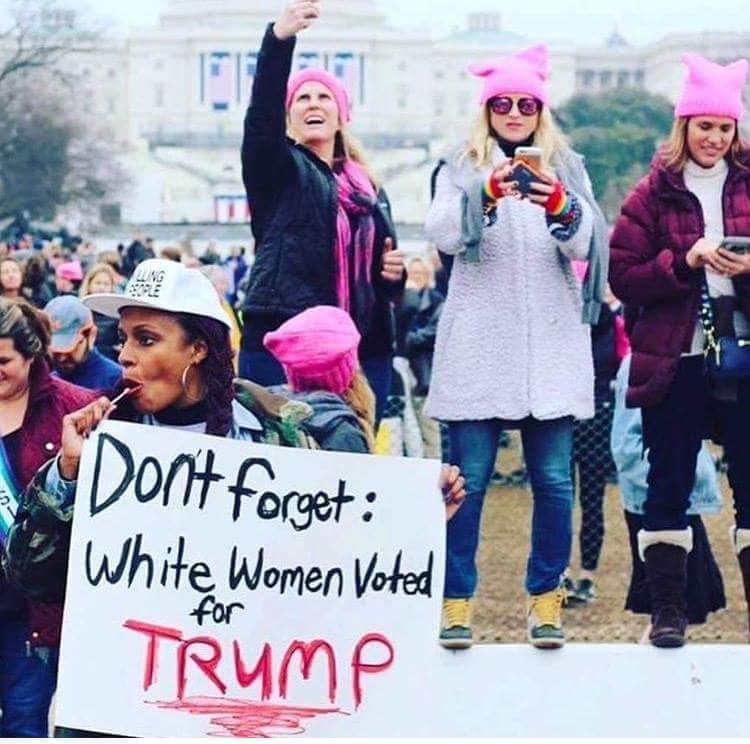 First, do not tell any Black woman how they should feel. Just listen. Then strive for selfless inclusion. Show up fearlessly for Black women. White women must make a Black woman’s political problem their political problem and vice versa. Not everyone will want to or be able to do this, but we all need to try to achieve this level of sympathy. There are a million indignities and crimes, large and small that Black women have suffered at the hands of white women. (Keep in mind that I am speaking from an American perspective; where this hurt and shameful behavior traces directly back to slavery and Jim Crow). Wounds that deep cannot be erased in one march, and vary from person to person.

However, I can also honestly admit that none of my white friends disappointed me when the Black Lives Movement began. They marched with me and for my community. They organized and have hard conversations with me regarding race. I’ve never discovered the unexpected racist stance of a friend via FB or had someone I know ask me why it’s not “ALL Lives Matter” instead of Black Lives Matter.  Sadly, my bubble of white activist friends is rare. This is where the women’s movement has a lot of work to do. There are a lot of “I’m sorrys” that need to be said and  a lot of hurt that has to be dealt with, so that we can effectively handle the political problems facing all women today. 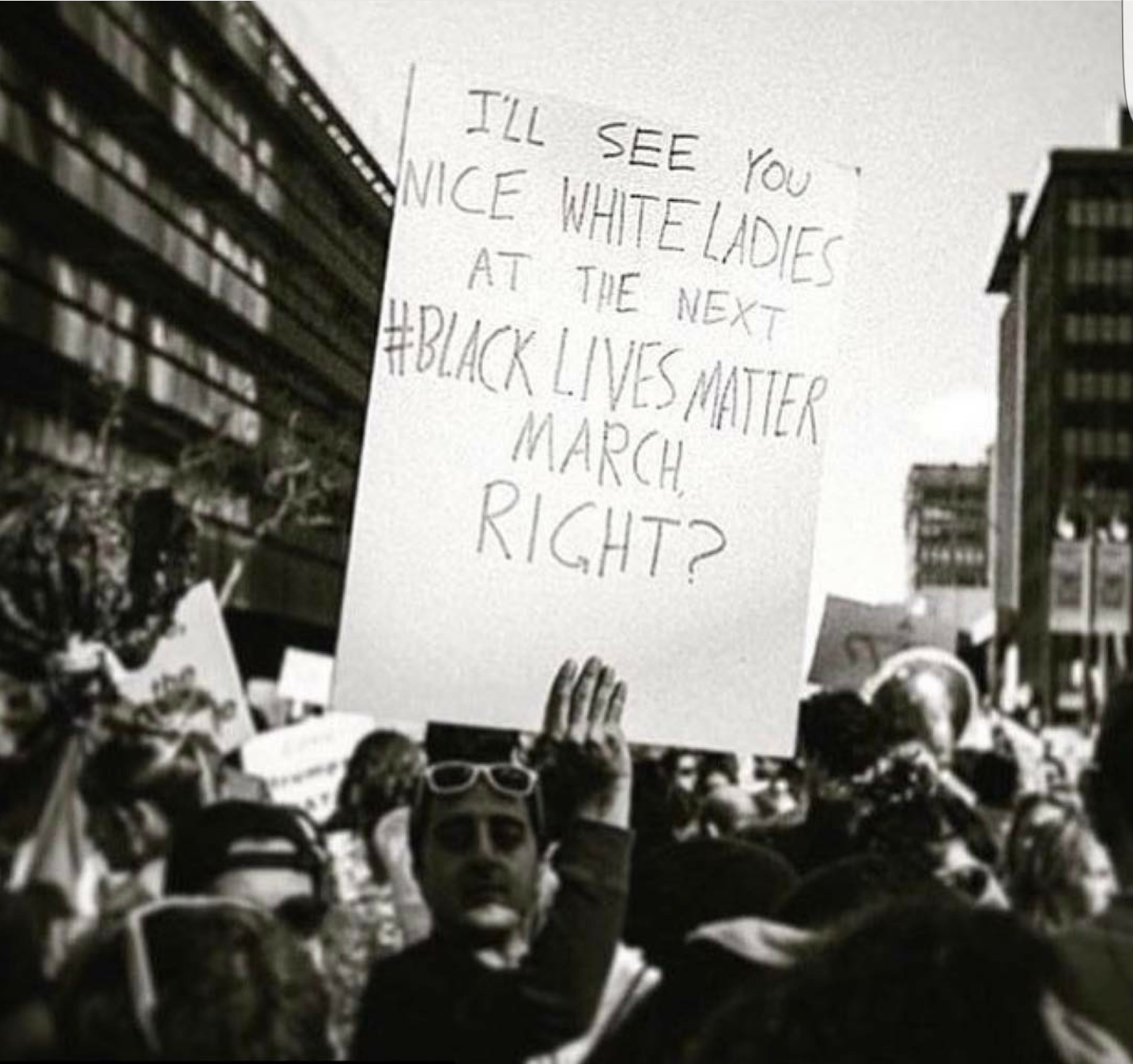 The Arts Showed Up

I need to mention that the arts organizations showed up and brought people together. The Newark based non-profit Gateway Projects organized a, bus free of charge, that brought people to and from D.C. Callicoon Fine Art and parts of the curatorial team from Museum of Arts and Design were at the march, to name a few. In addition, two recent shows in New York presenting art by female artists in opposition to Trump, show similar sentiments; Uprise/Angry Women organized by Untitled Space and Nasty Women. This is good, what I am asking for is a larger sensitivity to intersectional feminism. Because, women’s rights are being threatened and we need to stand up for each other.

Lastly, because this is an art blog, you may be asking yourself what does this have to do with art? – my answer is everything. Feminist art shows need to reflect this shift in oppression. There should never be a feminist show that is predominantly white with a few minority tokens, or worst, just all white. And all Black art shows, which are still necessary because so many artists of color are still under-represented and ignored by the art world, should have a high attendance of white patrons at every opening. Art has the potential to unite; it can also function as a political vehicle and will be important for the next four years. It’s time to show up for each other. Do the extra work needed to make that happen, within art and outside of it.

Here are three things you can do ASAP to productively oppose the current government:

Call your local senator 202-224-31-21. Leave a message, say that you oppose Jeff Sessions (Attorney General Nominee, vote on Jan 31st) and Stephen Bannon (National Security Council Seat).  Put your senators number on speed-dial because I think you will be calling them again.

Go to a local meeting, see what is happening in your neighborhood/network. 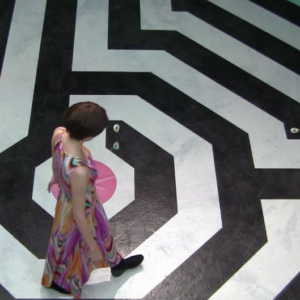 Christopher Kline’s "O.K." is an ongoing project that explores the history and lore of the artist’s hometown...