Rewriting Painting, a Panel Discussion at The Cooper Union, Delves into the State of Art Criticism and Painting as a Medium 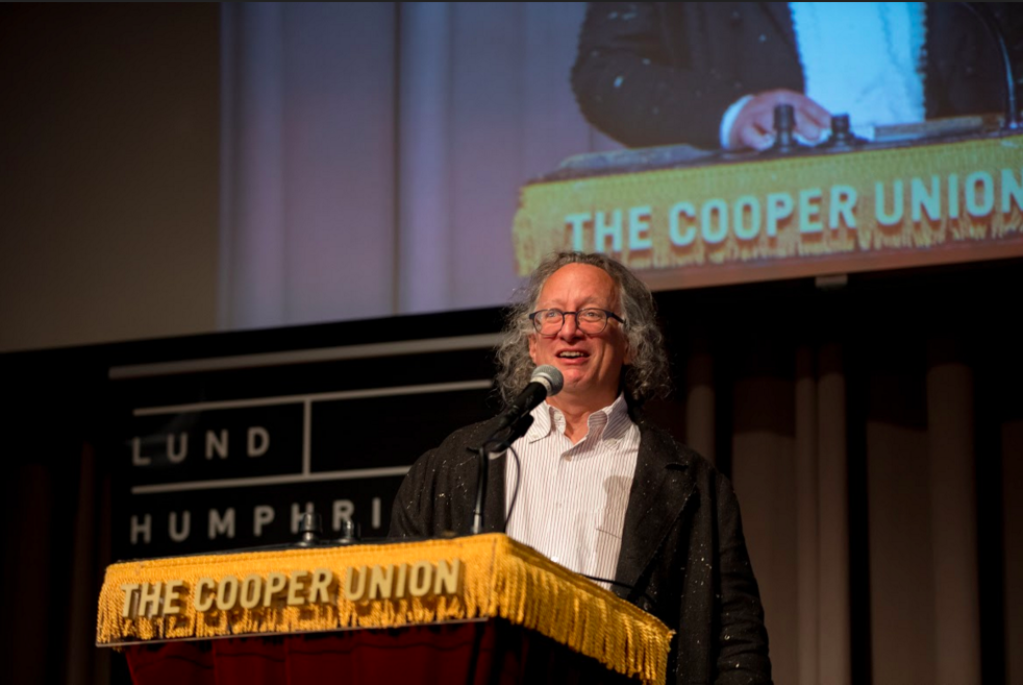 Last week, The Cooper Union held a panel discussion about the state of art criticism. ‘Rewriting Painting’ was a lively debate, nicely balanced with the perspectives and experiences of notable critics Barry Schwabsky, Faye Hirsch and John Yau paired with artists Lois Dodd, Thomas Noskowski, and Phillip Taaffe who are all graduates of The Cooper Union School of Art. Moderator Barry Schwabsky and the rest of the speakers primarily discussed how an art critic’s writing influences how an artist’s work is received at large, and the extent to which artists have extended the boundaries of the medium in the 21st century. 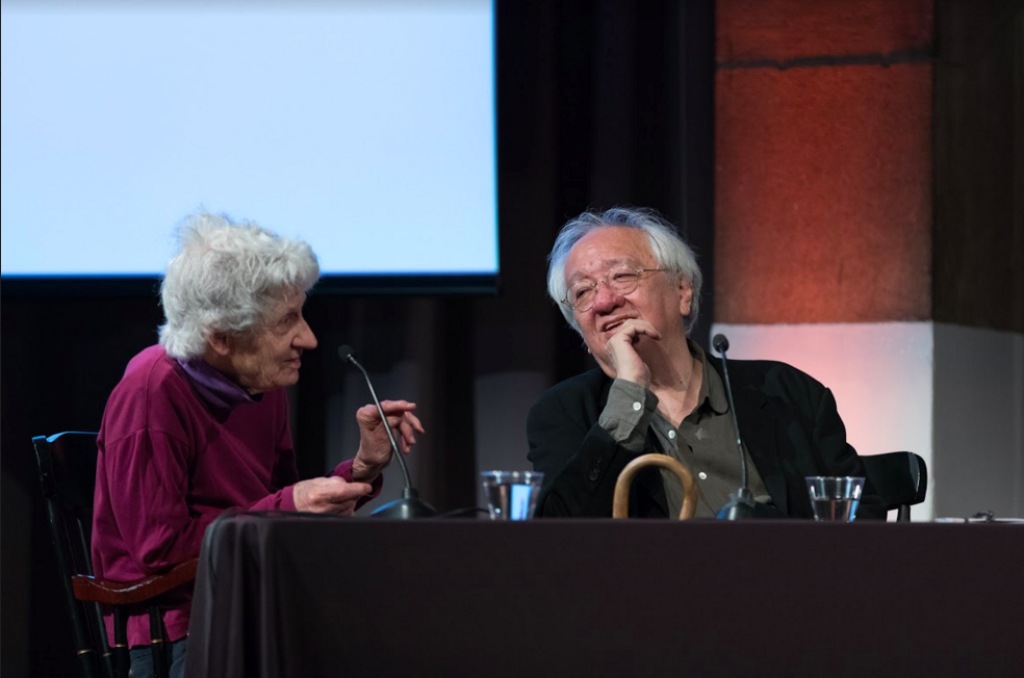 Above: Artist Lois Dodd and critic John Yau All photos courtesy of The Cooper Union. All photos by Marget Long. Previous: Barry Schwabsky.

While the discussion was set up to answer a lot of lofty questions, the event ultimately provided a different perspective on the purpose of art criticism and the biggest challenges that art critics face when writing about art. Hint: it’s not as easy as it looks even for the most seasoned critic.

Faye Hirsch, who has written for numerous art publications like “Art in America,” believes that purpose of art criticism is to ‘decode’ art and to describe exhibitions in a way that can be digested by the general public. She continued to say that the downside to art criticism is that “some things just can’t be articulated—the inner excitement that you feel when standing in front of a painting is difficult to capture on paper, and descriptions don’t always flow.”

John Yau, in addition to being the Weekend Editor for “Hyperallergic”, is an award-winning poet and has published many books, made a similar point that one of the most challenging parts of being an art critic is being able to be present and in the moment, so you can take everything in. He stated that when “even the most experienced writers struggle with distraction and being in a position to let your mind focus. When it comes to conveying the experience of being immersed in art, the quick, catchy description of the exhibition is almost always easier.” 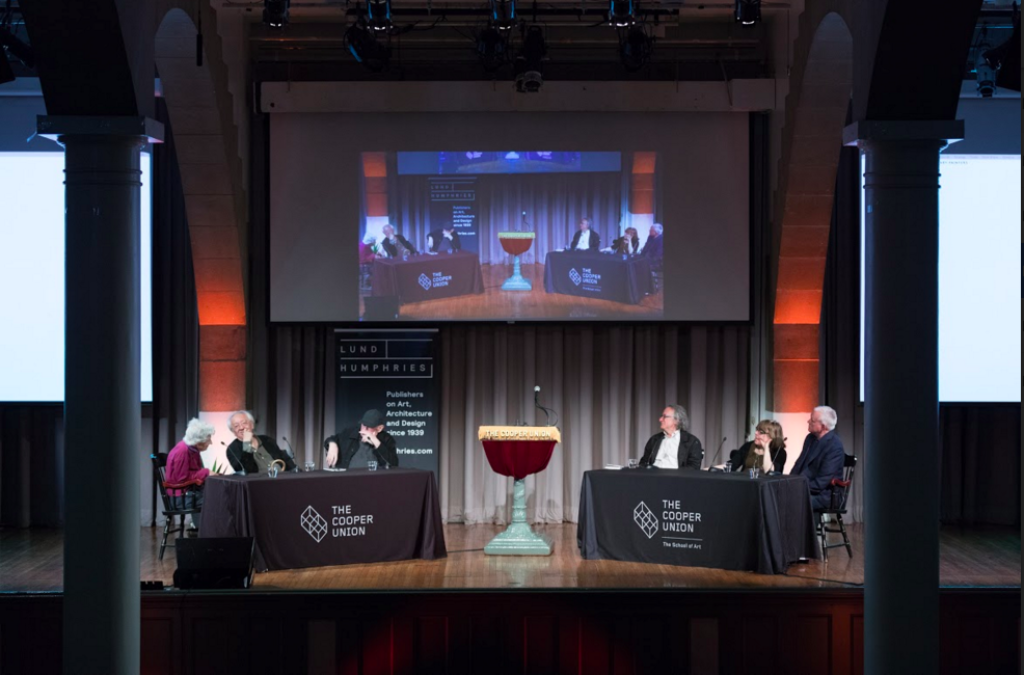 Ultimately, Hirsch and Yau’s words were eye-opening and led to the deeper revelation that with the advent of social media, distraction has become a much bigger problem. It goes without saying that art criticism, whether it be in the form of a review, a critique or an opinion piece, will always be an integral part of how art aficionados, publicists, gallerists and the mildly curious discover what is new and upcoming in the art world. However, the stakes seem much higher now when critics must deliver opinions that compete with bite-sized social media content, which leads to the bigger question, do art and social media mix? 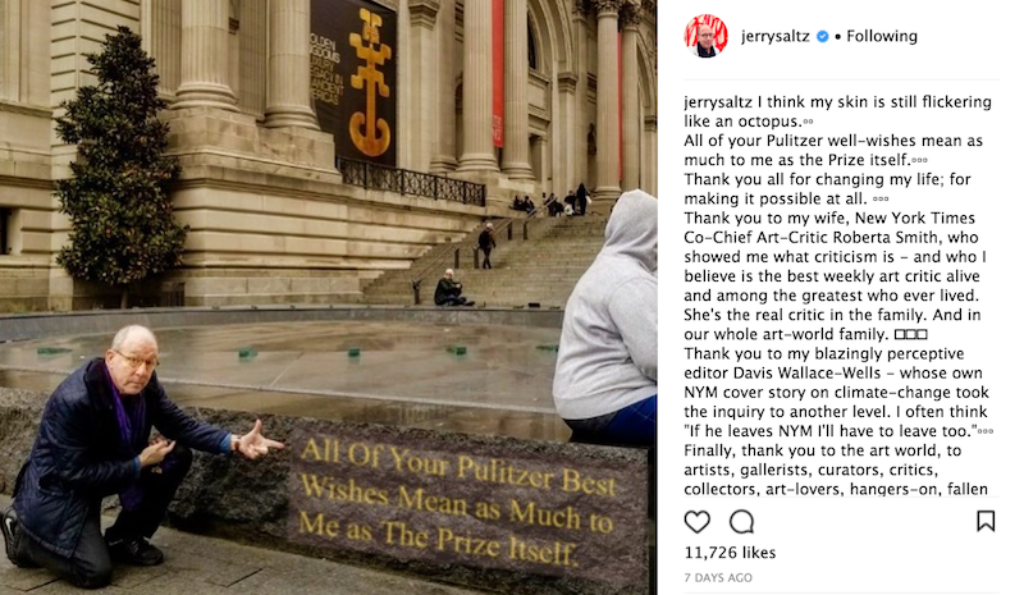 Jerry Saltz, the veteran art critic for “New York Magazine,” has a robust and active social media presence. The recent winner of the Pulitzer Prize, Saltz seems to have it down to a science: he snaps photos of everything he sees, combining art and his cynical sense of humor. The caveat is he holds nothing back; Saltz does not edit his social media to be aesthetically pleasing, either visually or through the written word. He posts photos of what he sees and the text that accompanies clearly follows the same train of thought. One of his particularly endearing posts was right after he received the Pulitzer Prize in which he writes: “I think my skin is still flickering like an octopus. All of your Pulitzer well-wishes mean as much to me as the Prize itself. Thank you all for changing my life; for making it possible at all.” He goes on to thank his wife, Roberta Smith who is also a highly touted art critic for the “New York Times.”

Is that the secret to maintaining a happy balance between art criticism and social media, not to over think it?

Is an Artist Really an Artist If Nobody in the Art World Has Ever Heard of Him? Exploring the work of Domingo Zapata and Alejandro Sanz at HG Contemporary Gallery 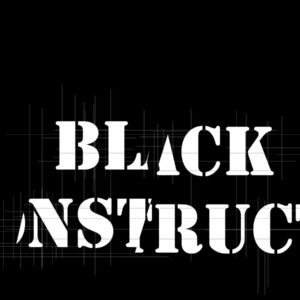