Take your sweetheart to see some art this Valentine’s Day weekend. 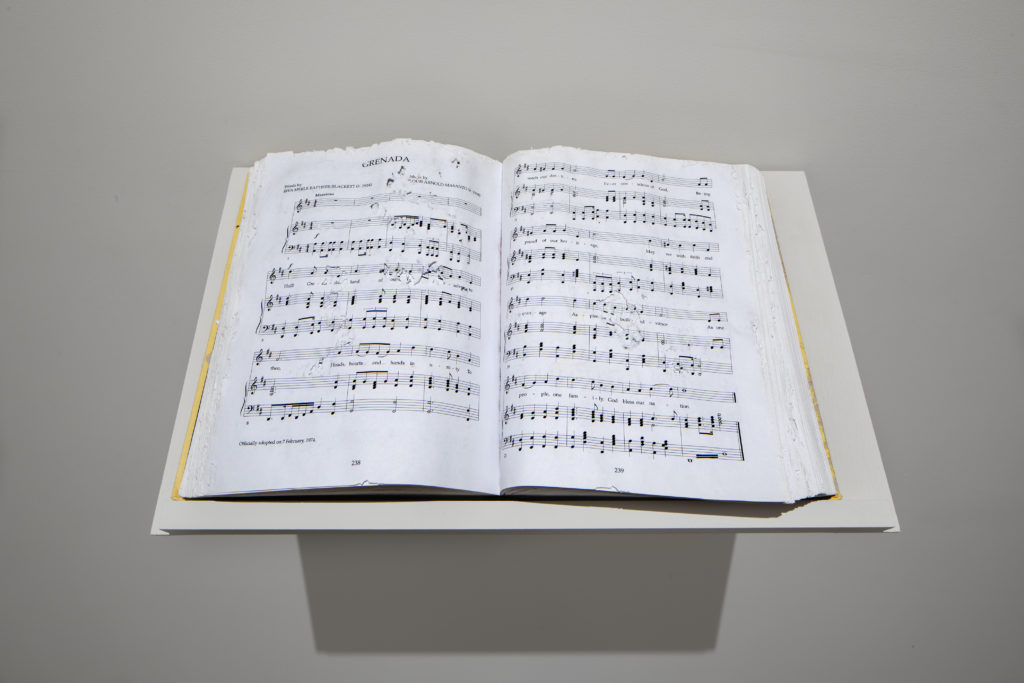 In “Holes in Maps,” Bogota born New York-based curator (and Cultbytes contributor) Juliana Steiner brings together a group of artists that explore the negotiation between personal agency and nation-states, constructed barriers, through intervention and collaborative recreation. One example is “National Anthems of the World,” in which the artist Sanne Vaassen fed a book containing the scores and lyrics for the national anthems of 198 countries  to a group of snails. They slowly ate away notes and words, creating holes in the score that alter the material content and challenge the intrinsic authority of the national anthem.

Steiner staged her last show in an abandoned strip mall in Miami where she invited artists to create site-specific works responding to migration in Little-Havana. The show at 601 Art Space proves that she can make a conventional space feel unconventional in line with her distinct curatorial style which poignantly allows the work of her artists to take center stage.

Charlotte Hedberg’s interest in portraiture began when she was a child leafing through her grandmother’s French interior and art magazines from the 1930-40s. The beautiful portraits of high society women triggered a desire in the artist to preserve portraits for the future, regardless of their makers. In her new body of work “Transit” she combines portraits of women with her own contemporary photography in triptychs. Hedberg’s photographs do not focus on the women behind men but on women themselves – the works are beautiful feminist statements timely in the wake of the #metoo movement. Hedberg took the photographs during sojourns in Rome, her time at an artist residency at the now deceased Swedish art collector and doctor Axel Munthe’s house on Capri, and Barcelona. Juxtaposing these historical beauties and characters with photographs of everyday interiors, streets, and back alleys she refocuses our attention to the sitter as a discreet reminder of the presence of women, everywhere.

“Madone” features a portrait by Leonardo Da Vinci and “Bella and Hanna” one by the Danish artist Jens Juel, others, however, feature both unknown artists and sitters. 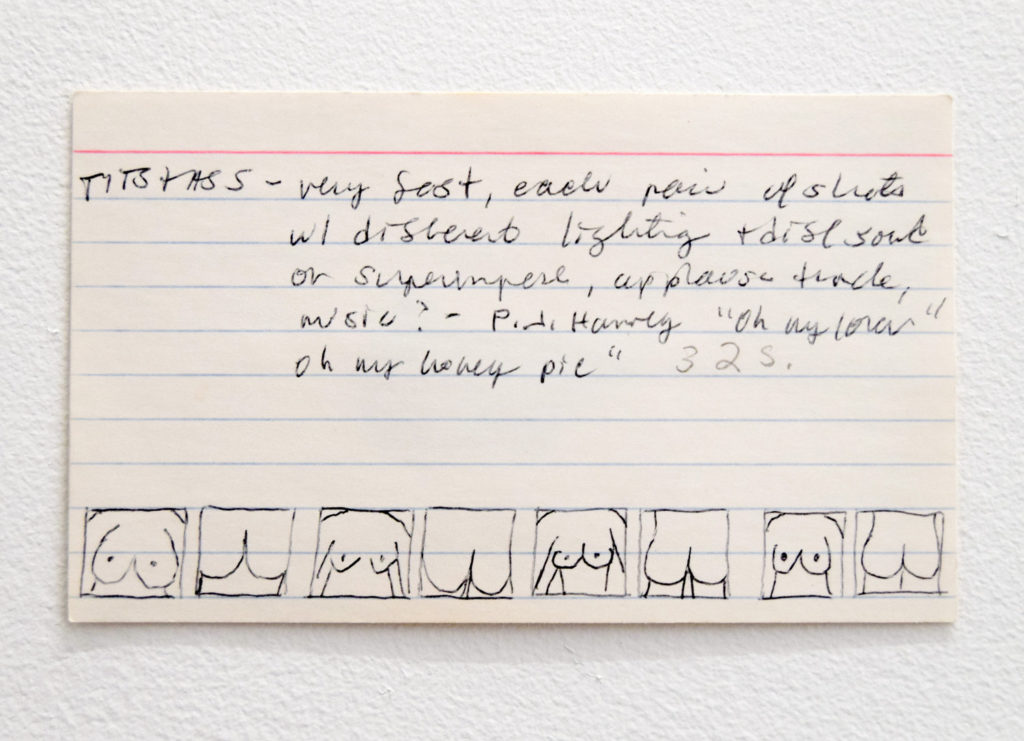 In her project space/gallery, 56 Henry, in Chinatown art dealer Ellie Rines is notorious for creating immersive environments and working hands-on in the curatorial process with artists. Last year, Cynthia Talmadge created a fake funeral home in the space. Although “Notebook” is a departure from the artist built environment in the gallery, the show none the less offers its viewers a glimpse into the worlds of the featured artists. As the title conveys, the works are mostly pages from artist’s notebooks installed on the walls from which you can identify political currents, trends, or try to draw connections with realized works.

Visit the show with your Valentine’s sweetheart, or on your own, explore the doodles-and-sketches-turned-art-works by some 100 emerging and established artists including Polly Apfelbaum, Agathe Snow, Arlene Schechet, Maryam Hosseini, Amy Feldman, Ryan Foerster, Markus Linnenbrink, Keiko Harashi, the well-connected and curator who is also a stellar artist Joanne Greenbaum, and many more.