Paris-based designer Robert Stadler has taken the New York-metropolitan area by storm this Autumn. With a major activation titled Playdate at Philip Johnson’s Glass House in New Canaan, Connecticut and the exhibition StArt! at Manhattan’s Carpenter’s Workshop Gallery, the artist has offered the art and design worlds a thoughtful, witty, and historically relevant body of work.

Stadler is recognized internationally for his style of combining furniture making, interactive design, and installation art. This practice has culminated in a collaboration with the iconic Philip Johnson Glass House in which Stadler has presented two series to visitors. Through this activation, Stadler deeply considers the history of the glass house and its famed creator to create an impactful and relevant presentation.

The Glass House was originally constructed as Philip Johnson’s country retreat in the quaint Connecticut town of New Canaan. While only an hour from Manhattan, the estate transports you to a place seemingly worlds away. Johnson created the Glass House and the buildings that constitute the property with meticulous detail, responding to and embracing the surrounding environment. The architecture goes far beyond the built structures, with the surrounding land and nature playing an integral role to the curated experience Johnson built for himself while living in the home, and now to the visitors who are able to see the site.

Stadler directly responds to this aspect of Johnson’s work with his series OMG-GMO, a body of sculptural furniture installed in the 1959 Glass House structure. The series is one of two by Stadler being unveiled for the first time ever featured in the presentation. The pieces stand out in a stark contrast to the classically sleek mid-century modern furniture that have constituted the interior design of the home since its inception. That is because Stadler’s works are made of brightly colored fruits and vegetables, forming lamps, tables, and coat racks throughout the home. It appears to be a comical pairing at first glance, with a table resembling a seedless watermelon being paired with a Mies van der Rohe seating arrangement.

While light-hearted, the exhibition does consider the Glass House’s own context. Stadler’s series alludes to the genetically modified food that composes an increasing amount of the world’s food supply, signaling the connection between nature and design. Stadler has framed the Glass House as a greenhouse for his creations, encouraging visitors to consider how art, design, and nature can evolve through time.

Stadler’s activation became a part of the landscape and architecture throughout the property, beyond the structure of the Glass House. A seating arrangement from Stadler’s furniture collection Ditto is placed in the lawn outside of the Glass House. This placement shows how outside and inside are not so separate on this property, with the furniture seeming as an extension of Johnson’s own living room just a handful of yards away.

If you continue through the extensive Connecticut estate, one can find the property’s Sculpture Gallery. The beautiful and playful building, complete with a glass ceiling and bathed in natural light, houses sculptural works by prolific modern artists, ranging from Frank Stella to John Chamberlain to Robert Rauschenberg. Stadler’s second installation on the property, titled Richard, works in direct response to both Philip Johnson, as well as the influential designer Richard Artschwager’s oeuvres.

Stadler has scattered a dozen painted bowling balls throughout the sculpture gallery. The bowling balls, while static, seem to be dynamic as they are strewn throughout the space. This placement is quite intentional, and is emblematic of Stadler’s wit, as the bowling balls are placed in areas of the gallery off limits to visitors, yet create a beckoning presence. One can only view the installation from the top landing of the stairwell in the entryway of the gallery. When peering from the high vantage point one can peer at the intricately painted bowling balls, complete with colorful and playful designs.

Stadler’s spheres harken back to Richard Artschwager’s own bowling ball series, Yes/No, in which the designer installed one bowling ball reading “Yes” and the other reading “No” on a gallery floor. This work also references Johnson’s artistic concept of “Safe Danger”, an idea that architecture can create an exhilarating experience through an architectural space. The movement and energy that Stadler suggests through his bowling balls transforms a typical gallery space into a perplexing and dynamic space.

Stadler’s influence by Artschwager doesn’t end here, but is instead the subject of an entire gallery show concurrently on view at Carpenters Workshop Gallery, titled START!. The exhibition title is a combination of Stadler and Artschwager’s names, showing just how profound the influence of the late artist is on Stadler. Artshwager’s bowling balls are on view in this exhibition, along with design works by both artists. This exhibition exemplifies how the artists contemplate the roles of form and function in design, with Stadler presenting a body of work that prizes form to create beautiful, yet not typically practical works. Stadler’s work, through his influence by historic artists, shows how a creator can blur the lines of disciplines, in this case that of and design. 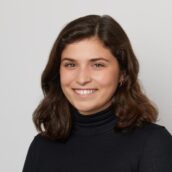