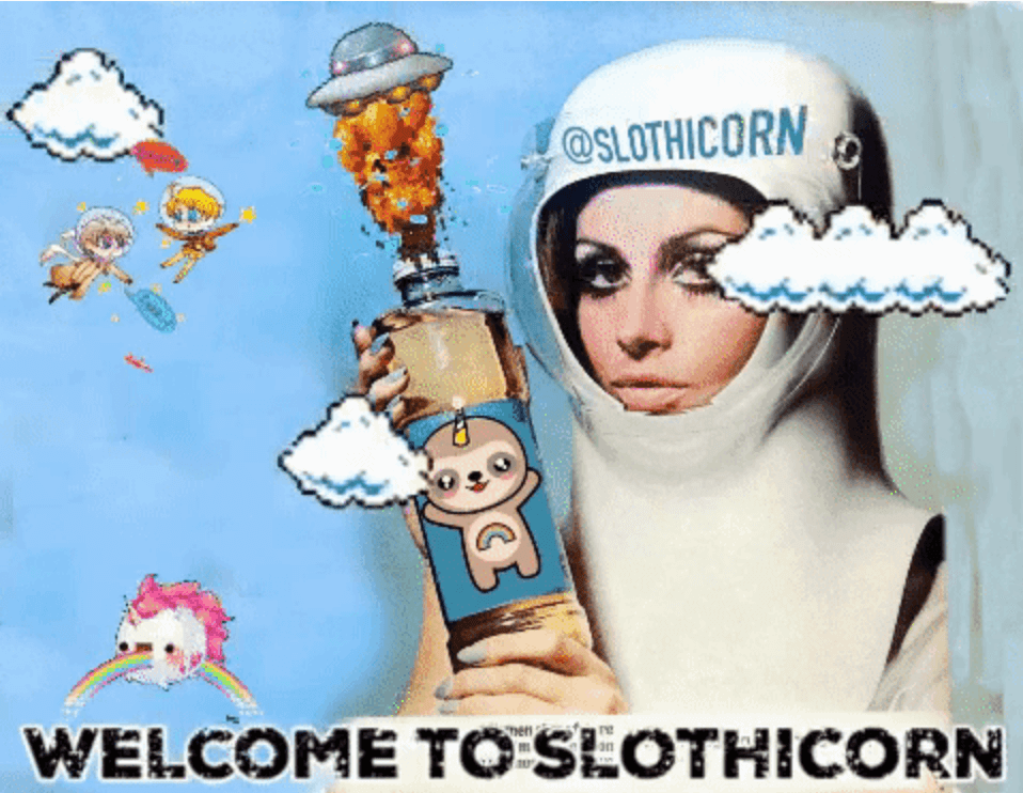 Some people say that technology is a form of art. With the recent boom of the blockchain art market, this is looking to be more fact than fiction these days. From digital kittens and meme trading cards fetching prices of over $100,000 to artificial intelligence (AI) driven artwork, blockchain technology has officially entered the art world.

Blockchain art consists of more than just slapping a piece of art online. There are a few things you should know about this emerging market and how it’s changing the art world for the better. 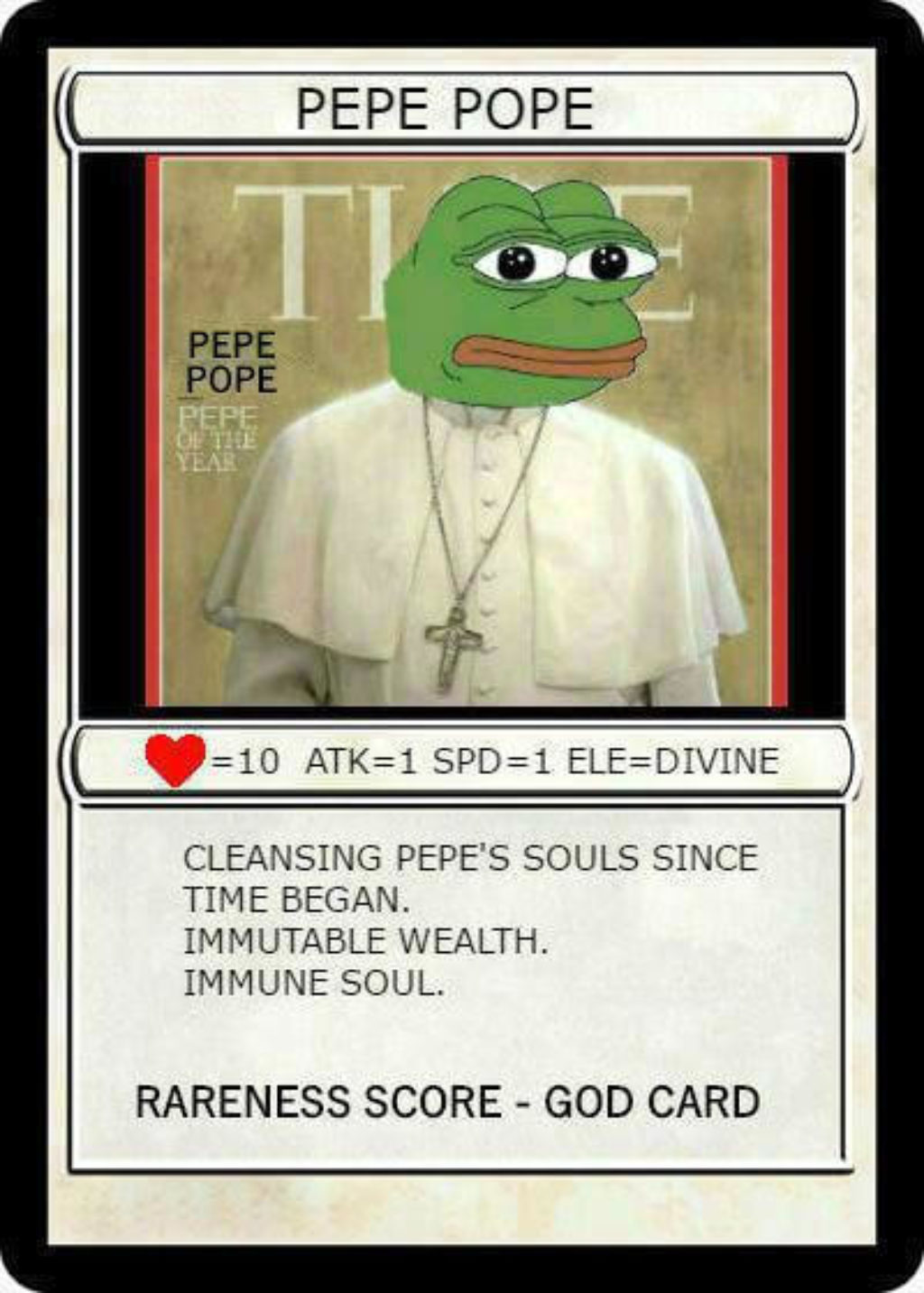 Currently, the most popular form of blockchain art, collectibles like CryptoKitties and Rare Pepe trading cards have garnered a cult-like following. These digital pieces of art are directly created, stored, and traded on blockchain platforms like Ethereum and Counterparty.

Like Beanie Babies, the rareness of each collectible is what drives its value and price. You can easily pick up collectible blockchain art for as little as $5, but some pieces have price tags of over $100,000. 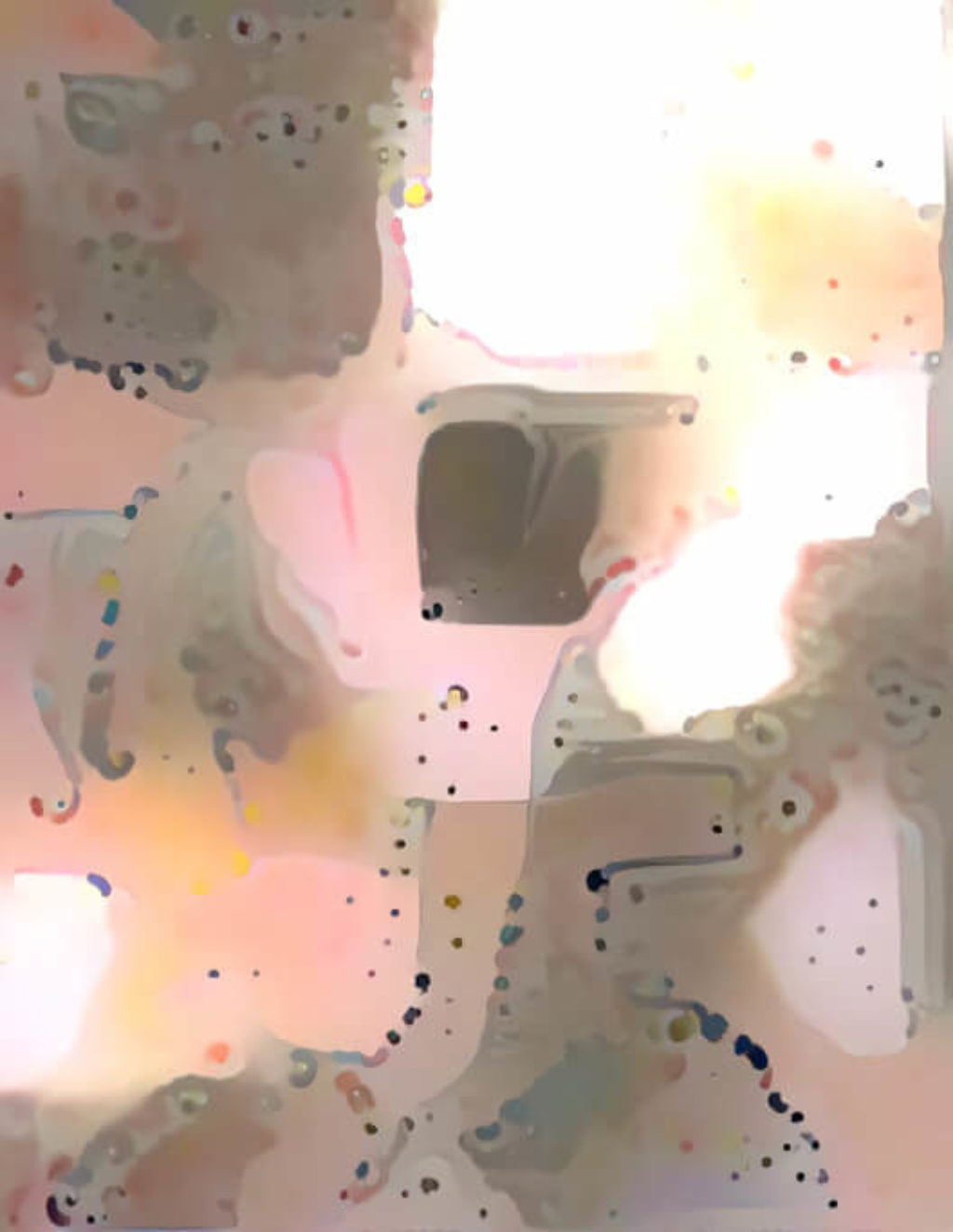 Beyond collectibles, artists are finding other ways to utilize blockchain technology for their artwork. The earliest example is Cryptograffitti, a service that allows you to publish text and images to the blockchain. It was founded by Erich Erstu, a.k.a. Hyena, in 2014. Unlike graffiti that can be washed away, these messages are saved in the blockchain forever.

Another entirely collaborative venture is the Scarab Experiment. The Scarab Experiment combines artificial intelligence (AI) with tokenized memberships to create one piece of art from the combined 1000 submissions of community members. Once you submit your art, you receive a tradeable Scarab token that gives you voting rights for what artwork the project includes.

Plantoid is a self-replicating “life form” also driven by AI and blockchain, specifically Bitcoin and Ethereum. It’s a robotic plant with a DNA structure on the Ethereum network that interacts with the people that donate to it. Once it receives enough Bitcoin donations, the Plantoid enters the “reproduction phase” in which it puts out a call for artists and designers to create another Plantoid. The person that gets the bid must create another Plantoid following the same DNA rules as the Plantoid before it. In return, the creator receives the Bitcoin donations from the original plant through a smart contract. 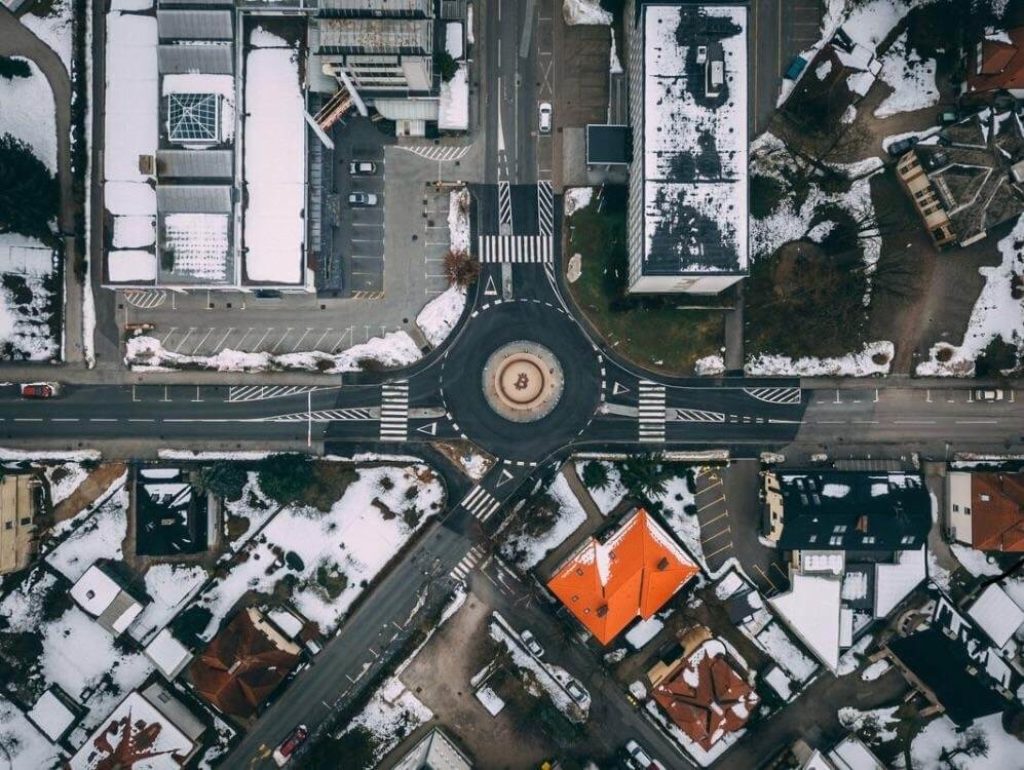 Although not built with blockchain, there are numerous works of art that use the technology as inspiration. In March, the first-ever publically commissioned Bitcoin monument was erected in Kranj, Slovenia. Citizens of the city submitted ideas for the monument via Facebook, and officials chose Bitcoin because of the region’s ties with the industry.

Blockchain has also influenced Bitcoin graffiti art in the real world. On a building l in his home city, the Parisian street artist Ludo used his poster street art technique to predict the death of traditional currencies in favor of Bitcoin. Many renditions of the anonymous founder(s) of Bitcoin Satoshi Nakamoto and even a painting depicting the Last (Bitcoin) Supper are also circulating the real world.

You Can Track And Verify Art On The Blockchain

Perhaps more important than creating art is being able to verify that the art you purchase is authentic. The Fine Art Experts Institute (FAEI) in Geneva stated in 2014 that over 50% of the artwork that they examine are either forged or misattributed to the incorrect artists. With pieces in the fine arts market selling for tens or even hundreds of thousands of dollars, it’s important that you’re buying what you think you’re buying.

Similar to blockchain’s use in agriculture and supply chain, you can use the power of public immutability to maintain art’s integrity. To do so, some projects are working to tokenize art provenance. Blockchain art provenance is a method of proving the ownership of original creations via blockchain. It works like this:

The token transactions are stored publicly, so you, as a buyer, can easily track the entire history of ownership back to the artist. If the token doesn’t originate with the artist’s wallet, the artwork is a fake.

You can use this process for physical pieces of art as well as digital works. Because digital works are easily reproducible, associating them with tokens preserves their rarity which, in turn, retains their value. 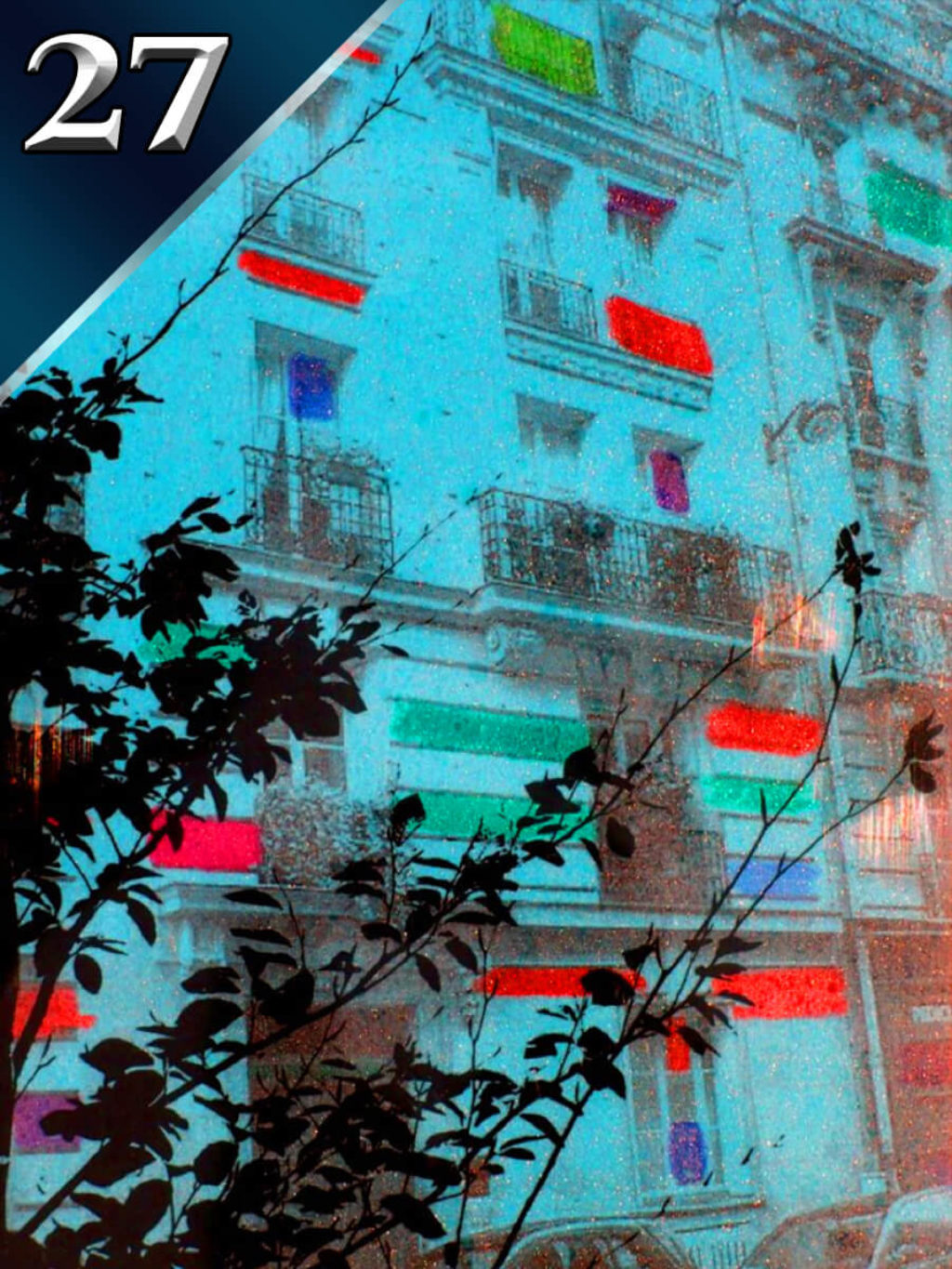 As with most industries, the blockchain art market is best at making middlemen obsolete. Decentralized art galleries are popping up left and right giving most (if not all) of sale proceeds to the artists.

Curio Cards are GIFs and images tied to Ethereum in which artists receive 100% of their sales. Because the cards are on the blockchain, you, as an artist, can choose exactly how many you want to sell. There’s no need to worry about copying, forgery, or massive fees. This opens up a whole new world of monetization for digital artists.

Even with physical works of art, galleries are using blockchain. Maecenas is a decentralized platform that democratizes fine art. If you’d like to get involved with art investing but don’t have the bankroll to purchase a multi-thousand dollar piece, this platform is for you. On Maecenas, you can invest in a portion of artwork using the platform’s ART tokens. Additionally, to finance new pieces, galleries are able to list their artwork to Maecenas users at a fraction of the cost of what an auctioneer or loan would cost them.

Sellers of cryptocurrencies are also using art to make their products more attractive. Cryptoart sells Bitcoin, Litecoin, and other major currencies stored in an artwork. This allows collectors/investors to enjoy a physical artwork that will follow the cryptomarket.

Participate in the Blockchain Art Market

Whether you’re a collector, creator, or just a casual observer, art’s blockchain revolution probably affects you in some way. Even in this young industry, there are still plenty of ways to get involved and stretch your creative muscles.

Don’t let a lack of artistic ability stop you. Projects like Slothicorn provides a Universal Basic Income for all crypto art, even mediocre memes, to give you the support you need when first starting out.

Who knows? You could just become the first meme-making millionaire.

This article was also published on Coincentral.