In Conversation with Karla Ferguson-Soimaud: Creating a Hub for Social Thought in Miami 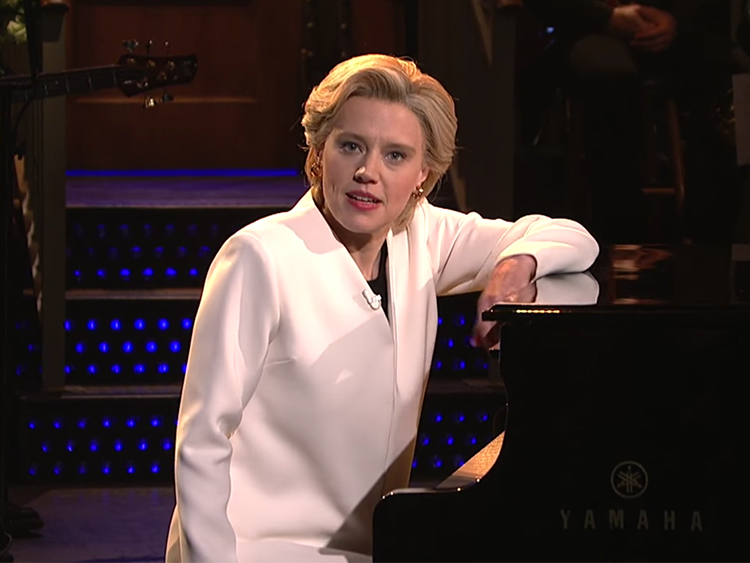 SAN FRANCISCO – On election night I went to a bar with a few friends with the naive intention to partake in a trivia night. Of course, that wasn’t in the cards, and by the time we got there people were consumed by the election coverage. I already had a bad feeling (one I’ve been carrying around for months; honestly, we all should have been), but I still wasn’t prepared for what was to come. The air was thick with tension, and anyone who had come out for a good time had let go of those feelings long ago. Several people were already crying. The results weren’t in yet, but Donald Trump was in the lead and it was fairly obvious in which direction things were headed. This was it; the outcome that nobody residing in the California bubble was prepared for. America had gone and elected a reality star with absolutely no qualifications to be president instead of Hillary Rodham Clinton.

We spent a few more hours at the bar, holding on to a sliver of hope that we were wrong, and drowning our sorrows in beer. Eventually we admitted defeat, and decided to call it a night. We climbed into the car, and the first song that came on the radio was Keith Whitley’s “When You Say Nothing At All”, which prompted my friend to burst into tears. I didn’t know what to do, or what to say. I was still numb; I couldn’t process anything yet.

“I just don’t understand…” she said as she wept.

I silently squeezed her shoulder from the backseat. Her sister, who was driving, told her everything was going to be ok. This was a setback, and unexpected, to be sure, but everything was going to be ok. I nodded weakly at the sentiment, and as we reached my apartment, I told them I loved them and got out of the car. I unlocked my door, went inside and turned on the television. It was official. Donald Trump was announced the next president of the United States. Now it was my turn. I sank down on my bed and I cried. I cried for  President Barack Obama, the first African American President, having to hand over his historical reign to a man whose hate speech had inspired endorsement from the KKK. I cried for all the people I know, including myself, who now felt fear, who felt despondent, who now wondered what is next for them.

The divisiveness that the US is experiencing is not exclusive to America. We’ve been seeing this for a while now; Brexit was a shock for a lot of people but also not surprising. Racial tensions and Islamaphobia has been an ongoing problem in Europe for several years; the economic recession only heightened those feelings of hostility. Multiple countries across the continent have a racist party serving in some capacity in parliament. What makes this all the more frightening though, is that elections are coming up in Europe, and the potential outcomes are now considerably scarier. Marine Le Pen is the leader of the far right party in France, and at the time of this writing, she has taken a considerable lead over Nicolas Sarkozy. By electing Donald Trump, we have made it acceptable for other countries to continue to express the same far right ideologies that that are eerily reminiscent of Hitler. 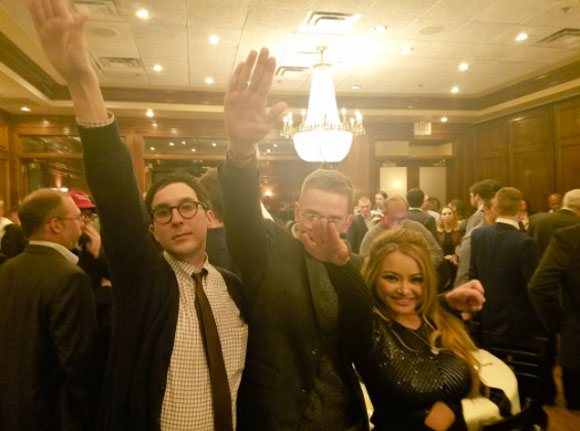 Taken from Tila Tequila’s twitter account, she captioned this picture “Sieg Heil”. She has since been suspended from the platform, following Twitter’s new policy to crack down on white nationalist accounts.

We have now normalized racism and prejudice. On Sunday, November 20th, the “Alt-Right National Policy Institute” held a gathering at a restaurant called Maggiano’s Little Italy (which has already pledged to donate $10,000 to the Anti-Defamation League as an apology) in Washington D.C., which was attended by esteemed guests such as Tila Tequila.  The president of this movement, Richard Spencer, led the crowd into a chant that went “Hail Trump! Hail our people! Hail victory!” while various participants raised their arms in a Nazi salute. Apparently this is acceptable now; and if it’s acceptable in America, it’s a matter of time before other countries follow suit.

“A piece of advice for the upcoming Thanksgiving Holiday. When discussing politics with someone of a different belief structure than yours, don’t resort to insults; listen to them. Try to understand their viewpoint, and try to articulate yours without the smug belief that you, and you alone, are correct.”

Let me be clear; I don’t think that everyone who voted for Trump is racist or sexist or xenophobic or homophobic. Those of us who live along the coasts (i.e. San Francisco, Los Angeles, New York) are comfortably ensconced in a bubble. We focus very much on social issues and take the moral high ground, because we can afford to. I am not disregarding these notions, they are unbelievably important for an equal and successful society. Lest we forget, the Declaration of Independence tells us that “all men are created equal”. However, I understand that there are people in certain parts of this country who are struggling to put food on the table because of economic instability due to high unemployment in rural areas. When you have an unconventional candidate  promising to fix that in a way that politicians have not yet been able to, you might just be desperate enough to ignore hateful rhetoric that you don’t personally agree with so you can help yourself and your family. There are so many predominantly white, working class people that have been ignored for so long that their resentment has been building up, and along comes a guy who makes it ok for them to be selfish. They aren’t entirely preoccupied with rights that don’t directly concern them, just as we aren’t connected to their plight. Instead of turning our liberal noses up at them and lashing out, we need to communicate. If you are a liberal like myself, you should know that our Achilles heel is our hubris and our arrogance.

We can hurl blame all we want in this election; we can blame non-voters, third-party voters, Trump voters, the Electoral College, not electing Bernie Sanders as the democratic nominee, but we as liberal democrats need to shoulder some of this responsibility as well. A piece of advice for the upcoming Thanksgiving Holiday. When discussing politics with someone of a different belief structure than yours, don’t resort to insults; listen to them. Try to understand their viewpoint, and try to articulate yours without the smug belief that you, and you alone, are correct. 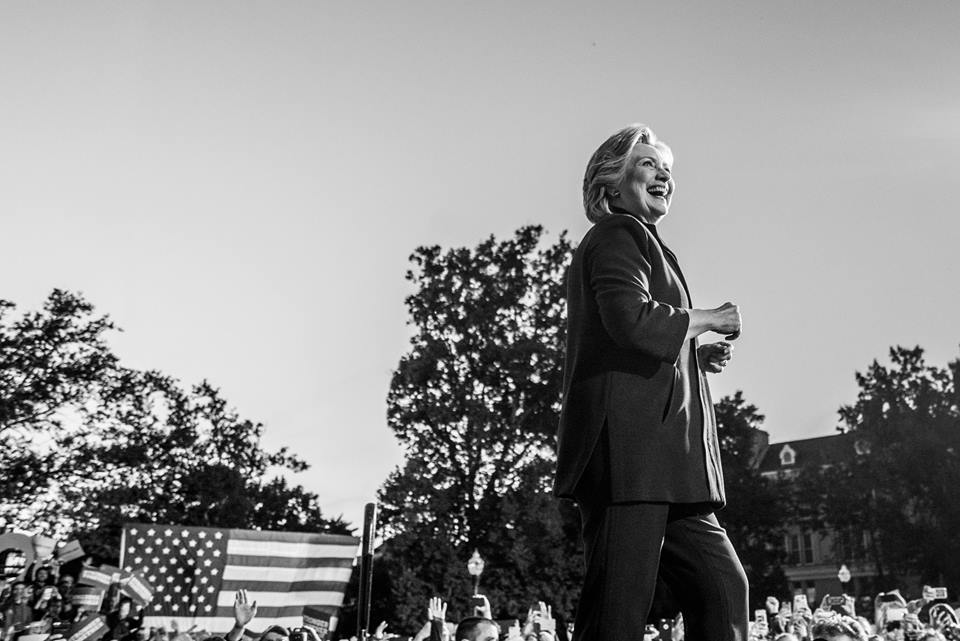 “Let us not grow weary in doing good, for in due season, we shall reap, if we do not lose heart.”

In an effort to escape this horrendous election cycle, I have faithfully watched Saturday Night Live’s satirical take on things for comfort and comic relief. The first post-election episode opened on Kate McKinnon dressed as HRC, sitting behind a piano. She proceeded to play and sing “Hallelujah”, a tribute to the recently departed Leonard Cohen (seriously, 2016, give us a godd*mn break). This poignant rendition of a classic song was a reminder of what was lost, both for HRC, and of a great artist like Cohen. My heart broke all over again, and I cried like a baby. McKinnon was clearly emotional too as she fought back tears, singing:

“I did my best, it wasn’t much
I couldn’t feel, so I tried to touch
I’ve told the truth, I didn’t come to fool you
And even though it all went wrong
I’ll stand before the lord of song
With nothing on my tongue but hallelujah”

It was beautiful, and so cathartic. McKinnon finished the number, and, in character, she turned to the camera and said, “I’m not giving up, and neither should you.” Strangely enough, that filled me with a renewed sense of hope. I hadn’t yet watched HRC’s concession speech, it was much too raw at the time, but seeing her spirit shine through in comedy softened the blow. If nothing else, let’s remember that in times of darkness, great art emerges, even in the simple form of something as mainstream as Saturday Night Live.

Now is not the time to lie down and admit defeat, it is the time to fight. If HRC can graciously accept a loss and encourage us to keep going, then that’s what we need to do. We need to fight for those who need help, now more than ever. We need to come together and understand each other, not let this extremely controversial political team succeed in pushing us apart. But we must do so in the spirit of former Secretary of State, Hillary Rodham Clinton. Not through name calling, not through violence, but through patience and inclusiveness. We’re all hurting, but she’s right. We are #strongertogether.

// If you want to do something more than wear a safety pin, put your money where your mouth is. Donate whatever you can to the following causes; they’re going to need it. If you can’t donate, volunteer! Don’t be complacent. Do something!

Planned Parenthood: www.ppaction.org/ppdonate (In your name, or in Mike Pence’s, your choice.)

National Association for the Advancement of Colored People: www.naacp.org

No Dakota Access Pipeline: www.thefreethoughtproject.com (use #NoDAPL too, this is getting very little media coverage which is unacceptable)