In November, the team behind LET THERE BE NORM, a curatorial series, invited Joey Holder to create a Tumblr blog on normality. The London-based artist, that uses Tumblr like sketch books, is concerned with human evolution in her multi-disciplinary practice. The otherworldly and sometimes disturbing blog is an ongoing project where Holder collects digital images relating to futuristic interiors, disconcerting food presentations, rare species or mutated creatures to build an archive of irregularities and the bizarre.

The blog is part of a larger versatile project that explores normality, in peculiar ways. Founded in 2016 by Cora Hansen, Stefanie Hessler, and Helene Romakin, LET THERE BE is a curatorial project that invites artists to critically investigate one theme per year through pop-up exhibitions and online projects. Norm, focusing on normality and its particularities, through the lens of gender, social relations, language, lifestyle, and economy, is this year’s focus. LET THERE BE NORM’s first iteration, in February, was a performance by Austrian artist Kerstin Cmelka at the Kreuzberg Pavillion in Berlin. Other projects have included Marie Voignier’s “Hinterland” at the Sputnik Kino, an exhibition with the Finnish artist Tatu Engeström at DZIALDOV, and Dora Garcia’s “The Hearing Voices Cafe” as part of the Berlin Biennale at Kunstwerke Berlin. The curators are planning one more norm-project in early 2017 before they continue with a new topic.

The curatorial trio are friends and met in Berlin, separately they work on a wide range of projects across Europe and the world. Hansen is based in Berlin. Hessler, based between Vienna and Stockholm,  is co-founder of the curator and artist-run space Andquestionmark, together with Carsten Höller, in addition she is taking part of an exploratory fellowship program at Thyssen-Bornemisza Art Contemporary, and curating an upcoming exhibition at Museu de Arte Moderna Aloisio Magalhães in Brazil. Romakin is based in Graz were she works at Künstlerhaus Graz. With the online blog for LET THERE BE NORM, Holder continues the project’s aim to investigate ideas around normality and transfers them into the broader territory of the internet and its flood of visual information. For Cultbytes, the curators spoke to Joey Holder about the ideas behind the blog. 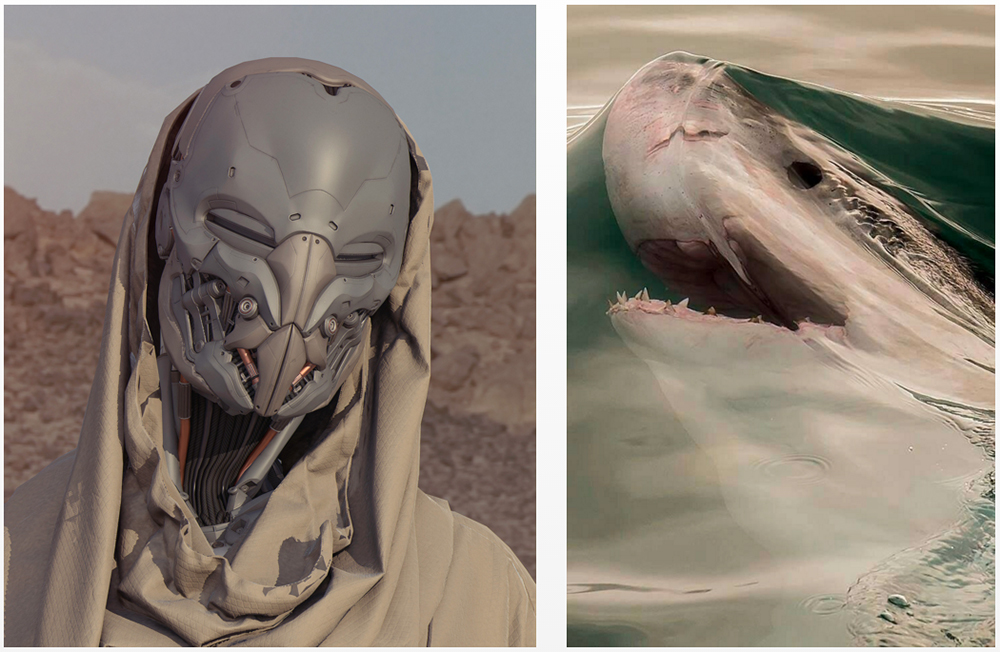 Joey Holder, http://dark-creatures.tumblr.com/. All photos courtesy of the artist and LET THERE BE NORM unless otherwise cited.

LET THERE BE NORM: Your Tumblr brings together materials from a variety of sources, juxtaposing images of animals and rare species with technological infrastructures or memes circulating on the internet. It seems as if in your work the divisions between organic and artificial are blurred, interbreeding the two formerly opposed categories. Can you say a few words about this?

Joey Holder: I am interested in the way that network theories, complexity theory and emergence are related to “natural” as well as “synthesized” systems and the point at which the two diverge. My work reflects a mutating reality, avoiding simple identification and comforting classification. I find the definitions of “artificial”, “natural” and “organic” difficult to determine and in my works I try to reflect on these limited human systems of categorization. Humans are a part of nature and what we call “technology” is an extension of ourselves. 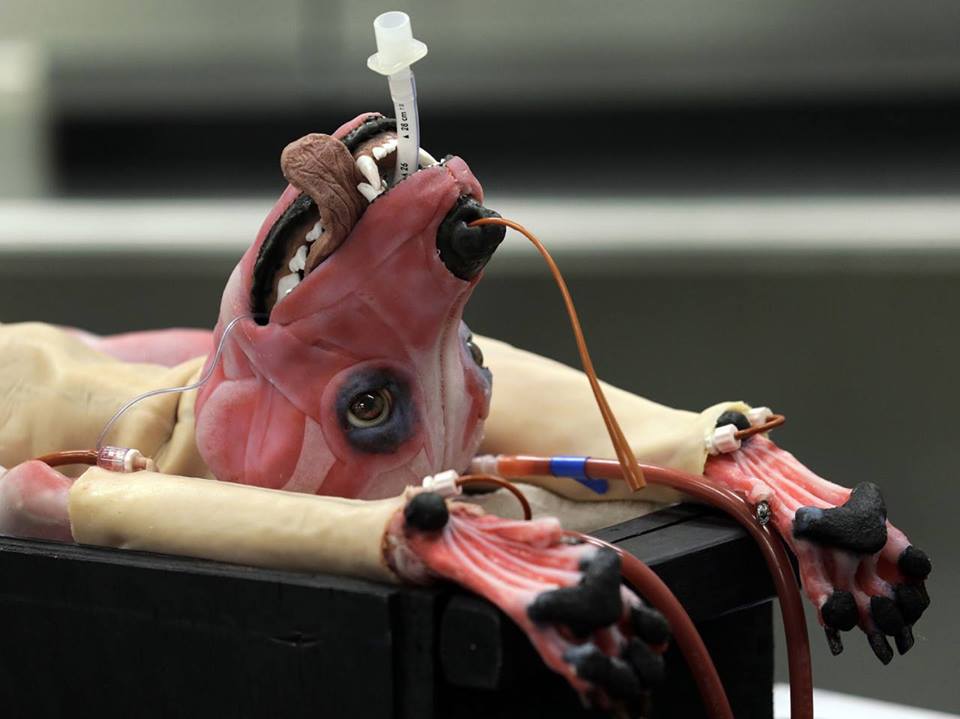 You have deliberately avoided traditional art spaces, like museums, galleries, and the artist’s studio to showcase your work in favor for online platforms to distribute your art. What is your view on the relationship between the digital and physical, especially when it comes to the presentation and dissemination of artworks?

I don’t adhere to the dialectical binaries of online vs offline, physical vs virtual. For me these don’t exist in opposition. I am not choosing one over the other. I try to make work across multiple platforms, approaching projects by a process of merging opposing forces, where co-dependency, vulnerability and cross-contamination are productive contingencies. Whether it is online or offline, these are just different containers for the environments and compositions that I generate.
When I began to work with digital media I was freed somewhat from static object-based work within a gallery setting. Online space has allowed my work to be represented as a continuous flow­—a process where there is a loss of hierarchy between a finished artwork and something in progress. This could be anything from an appropriated image to documentation of a large-scale installation. 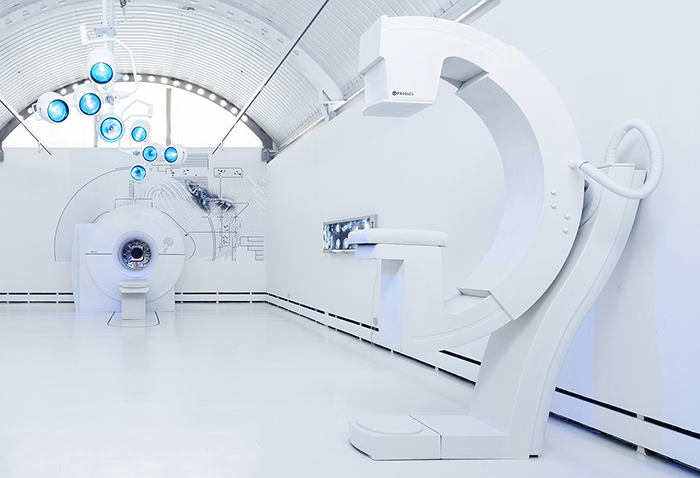 The reproducibility of a work of art, its technological reproduction, was widely discussed during the past century. Today, we are used to images and videos limitlessly circulating through copy-pasting. How has this changed art, if at all, and its value as a unique object?

We are now more acutely aware of the way in which images and ideas can transform and mutate through the net, and have their own “life” so to speak. Using Tumblr and other sharing platforms allows people to upload fragments of ideas and images to a network where they are able to travel away from  their point of origin. The way in which the internet has changed art is also a much-discussed subject and something which I don’t think I can add to here. I think of the internet itself as a complex entity, like a living organism, expanding and contracting. Its territories are as far-reaching as they are controlled. 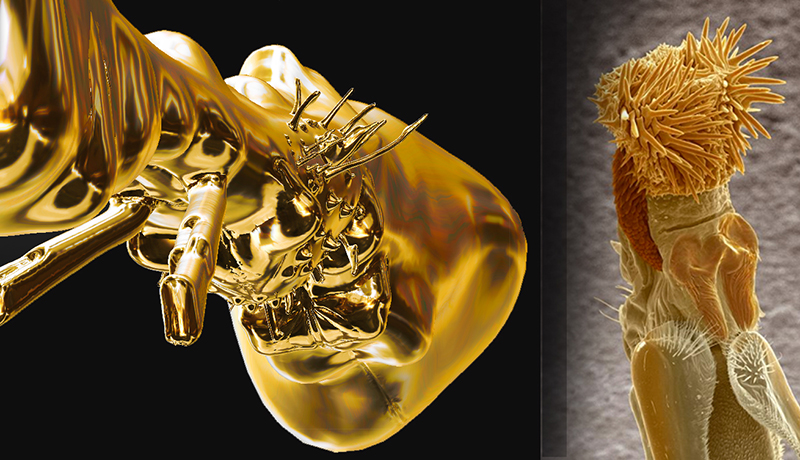 Joey Holder, “The Evolution of the Spermalege,” 2014 and ongoing, http://joeyholder.com/the-evolution-of-the-spermalege/.

The uniqueness of the art object is something, which I have always rejected. Everything comes from somewhere, nothing is pure or “original” to me. The internet may have just made this more observable—as it may be easier for us to see the connections between artworks and artist networks. 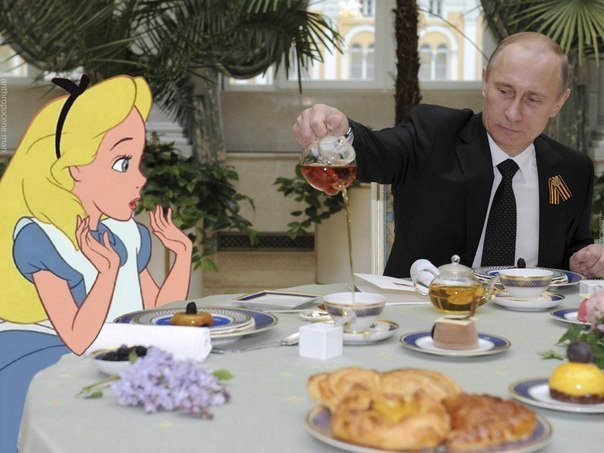 In the internet’s early days, the internet community saw it as a democratic medium, in which the hierarchies of the “real” world could be renegotiated, and perhaps even overthrown. Today, a pessimistic standpoint could state that the opposite has happened. However, there may be potential in transmutations and imaginations that exceed the possibilities of the physical world, in which images and ideas can mutate, shape shift, and in turn inspire the world of things. What is your view on this?

The internet is awash with fake news and campaigns, which eschew the distinctions between fact and fiction, “real” and “fake.” It has recently been suggested that we are fully ensconced in a so called “post-truth” world. What has happened recently politically is something which the world’s media failed to predict. The polls presented a picture which didn’t reflect the outcomes of both Brexit in the UK, and Trump in the US. How could the polls have been so wrong? 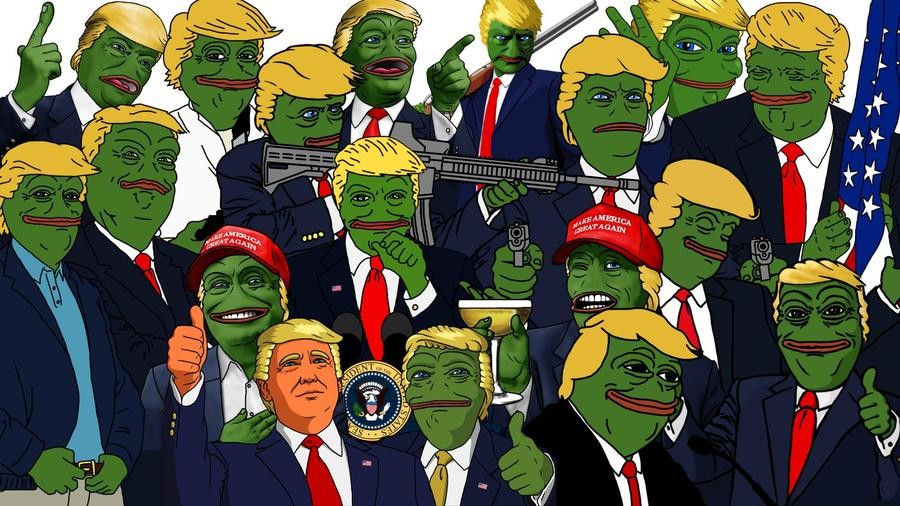 “Praised be KEK for blessing some of my memes to become a part of history, Trump/Pepe,” 2016, Meme.

We live within a limited worldview; so called “filter bubbles” and “echo chambers” on social media platforms reflect back at us the things we want to hear, keeping out opposing voices. This article brilliantly explains how belief is tangible, and how memes can be used to turn opinion and mutate into real world abominations.