Beginning in the 1950’s, the first Italian artists to create Programmed and Kinetic artworks did so in an attempt to ideate images of utopian futures. Inspired by developments in psychology and political theory, and propelled by the economic boom, these artists merged art, architecture, and industrial design to create works that anyone could understand, even those without an education in art. This was very different from the gestural movements and the intense focus on the artist’s subjectivity that characterized most American Abstract Expressionism and European Art Informel. Instead, artists across Europe gathered in avant-garde groups to create kinetic and programmed artworks that investigated light, optical illusions, and fusions of color aimed to overcome the idea of art as ‘expression,’ in favor of a more ‘democratic’ direction. Using lines, patterns, color fields, and reflective materials these works established a new relationship between the observer and artwork. Origins of this experimental approach can be found in Futurism, Dadaism, Constructivism, De Stijl and the Bauhaus school; whose ideas are re-activated by the kinetic artists in a new relationship between art and technology.

In New York, modern and contemporary Italian art is on the rise. Earlier this month, Italian art dealer turned gallerist Franco Valli, with a gallery in Miami, opened an additional outpost in Chelsea. Arguably, the protagonist of Programmed and Kinetic art, Alberto Biasi, is one of the strongest artists in Valli’s lineup. So, it seems pertinent to re-visit how Biasi and his circle helped shape this important movement and to explore why it is so popular today. Valli Art Gallery joins a number of institutions in New York with similar concentrations including Center for Italian Art (CIMA) and Magazzino Italian Art. 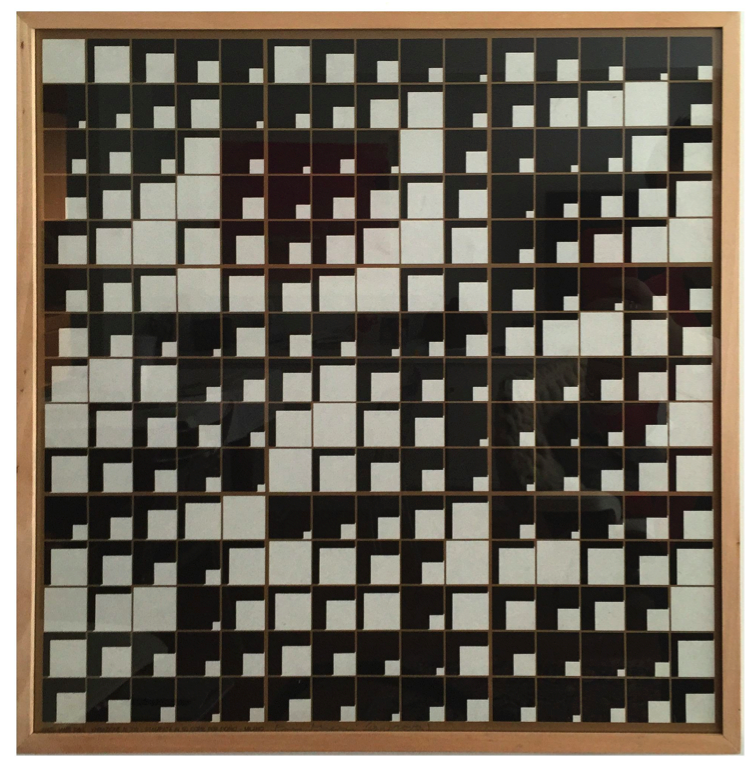 Gruppo N, of which Biasi was a founder, had a pivotal role in the development of Programmed Art and its variants in the European panorama. However, since it’s founding, the group was characterized by internal ethical-political tensions, held back by self-criticism, and internal contradictions that would lead to its dissolution. Due to the collapse of Gruppo N, the height of Kinetic and Programmed Art lasted less than a decade.

The Beginning of a New Avant-Garde

In the 1960’s the term “Kinetic Art” was first used in the “Kinetische Kunst” exhibition, held at the Kunstgewerbemuseum in Zurich. This newborn avant-garde art form grew under various labels: Lumino Kinetic, Optical Art, and Op Art, among others. The Milanese artist and theoretician Bruno Munari saw technology as a democratizing force in art; he worked in installation art, photocopy art, and light art. To describe the emergence of artworks preoccupied with technology, he coined the term “Programmed Art.” During this time, a number of groups were formed in Europe, but Italy became one of the most vibrant laboratories for this new movement.

In 1959, Gruppo T was founded in Milan. Gruppo T (T for “time”) focused its practices on the image’s movements in time sequences. That same year, Gruppo N was founded in Padua. Taking their name from a free association, they denied the artist’s subjectivity in favor of the collective creative process. In 1960, Gruppo V was founded in Rimini, and many other artists followed suit, conglomerating throughout the country. 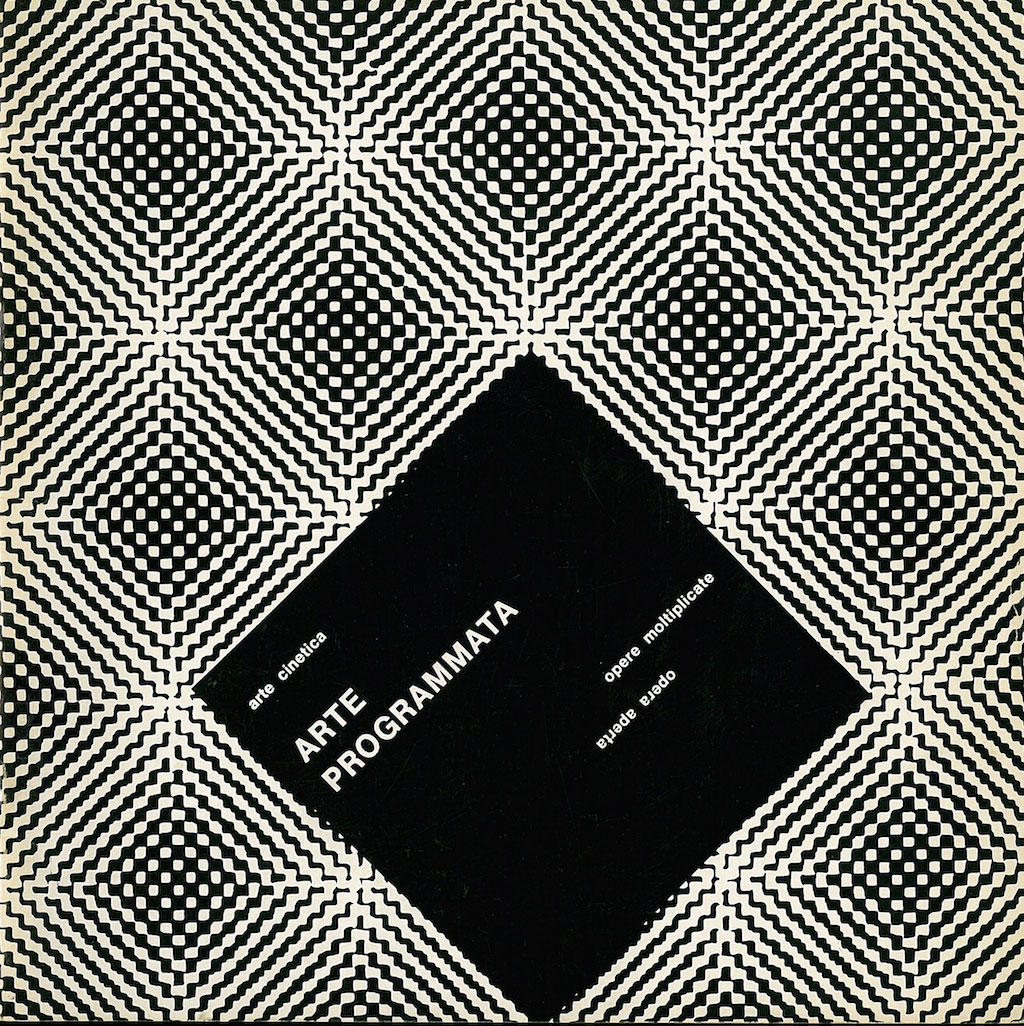 Olivetti, a company that was known for its technical innovation and adventurous approach to design in the post-war era, supported the growth of Programmed Art in Italy. On May 15, 1962, Bruno Munari and Giorgio Soavi organized the exhibition “Arte Programmata” in Olivetti’s store in Milan. The exhibition brought together the major players of the movement by featuring artworks by Munari, Gruppo T, Gruppo N, Enzo Mari, Ugo Mulas, Getulio Alviani, and the French group called Groupe de Recherche d’Art Visuel.

Members of Gruppo N included Alberto Biasi, Ennio Chiggio, Toni Costa, Edoardo Landi, and Manfredo Massironi. Although the group was formed as a non-hierarchical collective, Biasi and Massironi were the most active members who came to define its theoretical doctrine. An excerpt from the manifesto states:

The name ENNE (N) defines a group of “experimental designers” united by the need and the urgency of a collective research. The group is confident that rationalism and lyrical abstraction are dead, that Art Informel and Abstract Expressionism are useless subjectivisms. 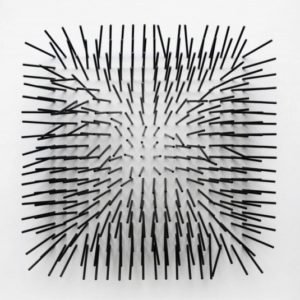 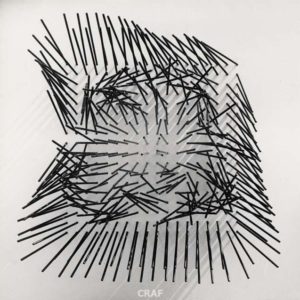 Gruppo N was highly influenced by the technologies of the time; these artists worked with media in processes derived from the latest industrial innovation like luminous-techniques, Plexiglas, and metal. This fervent exploration was based on their desire to mechanize artistic practices. Therefore, the collective tried to erase the boundaries between art, architecture, and industrial design. With the aim to create objects and environments that engaged the viewer, these artists played with the perception of reality and confounded space and time in pioneering ways. The experiments of Gruppo N were based in industrial and academic research, with Gestalt psychology and new studies of perception serving as important influences. In 1961, the collective took part in their first international exhibition called “New Tendencies” in Zagreb, then the capital of the Socialist Republic of Croatia. Participating in this exhibition pushed the collective to further investigate idealistic archetypes of the future. Ahead of their time, Gruppo N had strong and innovative ideas that bridged the gap between technology and social behaviors.

The group rose to fame in Europe and soon the collective’s work also reached America. American private collectors and gallery-goers were exposed to works from the “Arte Programmata” exhibition soon after it was staged in Italy. One year after the group disbanded, in 1965, they were included in the exhibition “The Responsive Eye” at the Museum of Modern Art (MoMA). “Unlike most previous abstract painting, these works exist less as objects to be examined than as generators of perceptual responses, of colors and relationships existing solely in vision; of forms, presences, and variations often entirely different from the static stimuli by the artist,” said the curator William C. Seitz about the exhibition in its press release. At the time, these formal explorations were entirely new to the larger public. In 1966, MoMA acquired the artwork “Unstable Perception” (1963), which was attributed to the group. 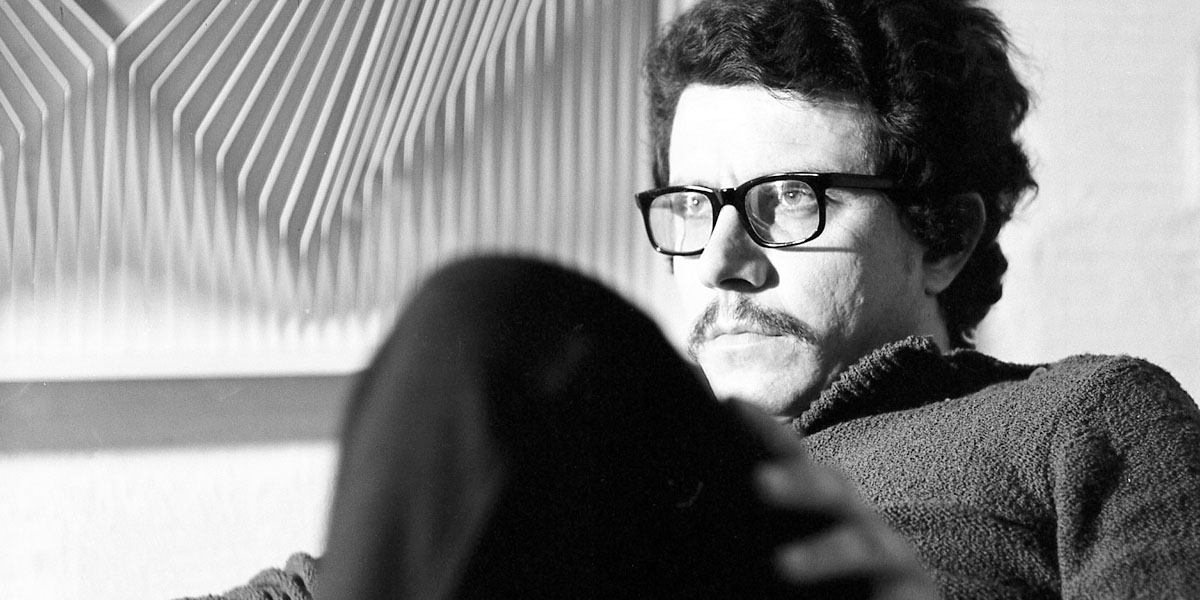 As both a co-founder and the main protagonist of Gruppo N, Alberto Biasi was one of the main figures to characterized and define Kinetic and Programmed Art in Italy and abroad. An indication that he fully embraced the idea of collectivity is his use of the group’s signature on his early works: ‘Gruppo ENNE.’ His first body of works “Trame” and “Rilievi ottico dinamici”, consisting of overlapping lamellar structures in contrasting colors that spark special visual effects, were all signed under the collective. In the latter part of the 1960s, after Gruppo N ceased to exist, Biasi continued to make pieces that were visually and conceptually similar to his early works. He produced the series “Torsioni”, using mostly bicolor lamellas to generate dynamic optics as the viewer moves around the pieces, and larger-scale works called “Ambienti”, which are predecessors of contemporary immersive installations. 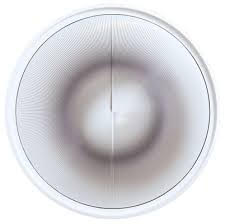 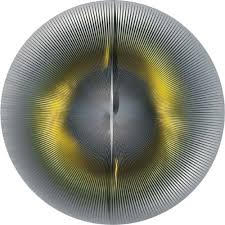 Biasi is the only member of Gruppo N that has continued to work in Kinetic and Programmed art throughout the 20th century. His persistent investigation of reality and the way the human eye perceives it has generated a multifaceted body of work that has survived the test of time. “People love how dynamic the works are. It’s the artwork that moves with you, with your position. There’s a physical attraction. I love artwork that I will never get tired of looking at – every time you see a work by Biasi it’s different. It’s beautiful,” says gallerist Franco Valli. Regularly on view in major art museums, Biasi’s optical and light illusions, pioneering use of color, and graphic compositions have influenced generations of artists and designers.

In the past thirty years, in our age of a rampant technology, the interest in Kinetic Art and Programmed Art has continuously increased in the art world. Institutions around the world have hosted Kinetic and Programmed Art exhibitions to analyze this short-lived art movement and its legacy. These “machines,” as the artists of the movement used to call their works, were objects that attempted to predict and investigate what the future could bring. Today, they serve as fascinating artifacts of an imagined and unrealized future. But it also sparks ideas for what the future may hold.