Full disclosure: I LOVE the Neue Galerie. In a contemporary art world beset by white cubes and arguably apathetic modernism, there is a resurgence of experiential museums that don’t just display art in a vacuum, but recreate the worlds where the people, the food, and the cities matter just as much as the works on view.

Opened in just 2001, the Neue Galerie recontextualizes Old-World Vienna’s historical overdrive from Jugendstil to Secession, from the realistic renderings of the Sachlichkeit ([New] Realism) to the Abstract Expressionism shut down as Entartete Kunst (Degenerate Art) by the Nazis. Not only is art by Gustav Klimt and Egon Schiele alluring on its own, but the genesis of Austrian heritage in a global context is absolutely enthralling. 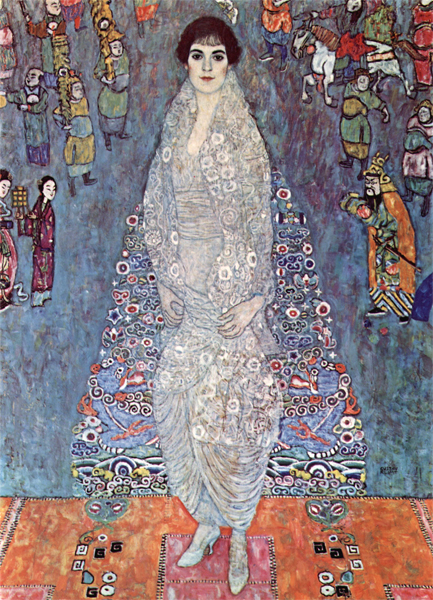 A disproportionate number of Klimt’s subjects were women from the Jewish elite, allowed by their husbands’ status to patronize the radical artist. Though the seductive expressions caused a stir in the more conservative circles, the power of connection to women. Among them was Szerena Lederer, who reportedly dined with Klimt nearly every week, thus generating numerous commissions and an encouraging, tight-knit community.

During World War II, everything changed. Klimt’s illegitimate son with a prostitute became a Nazi-endorsed filmmaker, and Szerena’s daughter, Elisabeth, was immediately divorced by her Christian aristocratic husband. Desperate, Szerena finagled to claim Elisabeth was Klimt’s child as well, to save her from the murderous fate of being Jewish during unstoppable Nazi takeover. 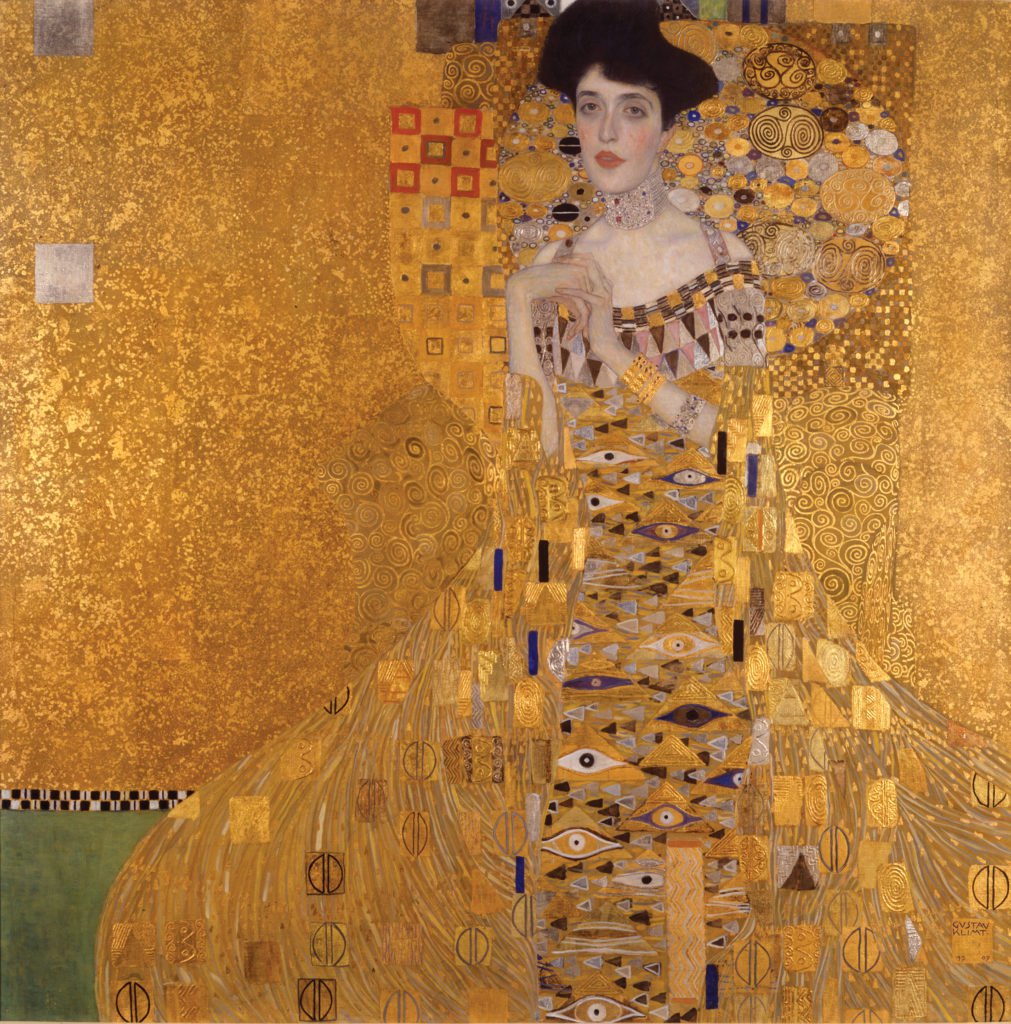 The most famous apex of Nazis rerouting Klimt’s history is “Portrait of Adele Bloch-Bauer,” reframed to posterity as “Woman in Gold.” In a groundbreaking restitution case, Bloch-Bauer’s heir, Maria Altmann, reclaimed the painting from the Belvedere Museum in Vienna by proving the work’s unjust seizure by the Nazis during World War II. The case set a precedent, unlocking a trove of misappropriated works, rerouting the discourse on what it meant to own art in the first place.

Yet there’s so much more to Adele than her latent legacy of legal battles. Her flushed face captures what may have been a flash of ecstasy, surrounded by motifs from the Ancient Egyptian eye of Horus and Chinese squares. The gold leaf and geometrics speak not just to Klimt’s inspiration, but to his intense collaboration with his longtime friend Emilie Floege, whose acquisition of East Asian fabrics served to inspire her fashion choices and the cadres that endure in Klimt’s paintings.

The women of this world had histories as rich as the paintings. Adele was a childless wife to a wealthy banker in Gilded Age Vienna; Emilie was a fashionista who never married. The portrait of Ara Munk depicts her in memoriam following her suicide after her lover abandoned her, the portrait of nine-year-old Maeda Primavesi encouraged her to open a children’s hospital later in life. The power of the paintings encapsulates whole souls…forgotten lovers, hopeful children, and women who were searching for more imagination in their bourgeois lives. 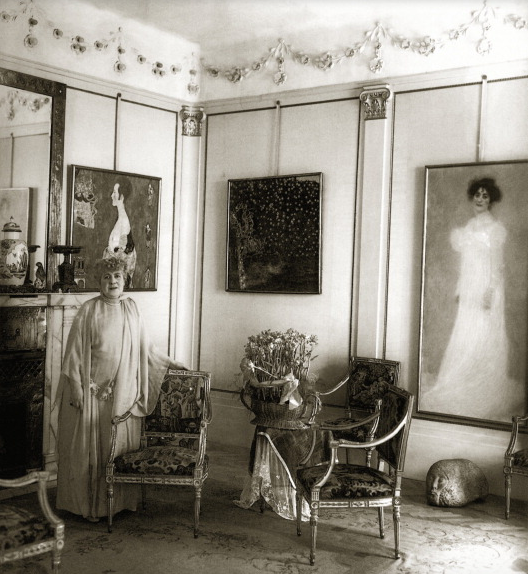 Szerena Lederer surrounded by Klimt paintings “Wally” (1916), “Goldener Apfelbaum” (1903), and her own portrait (1899) in her salon on Bartensteingasse 8 in Vienna, ca. 1930. Photographed by Martin Gerlach. Courtesy of Getty Images.

After World War I, dire economic straits paired with gendered restrictions meant that women of little means had few options. Prostitution was rampant as women scrambled to earn a living wage in a world where it was deemed socially unacceptable. Hence, the Woman Question was born: wife or whore?

The sexual drawings are often deemed respectful, revealing the power women held within themselves.

Particularly Klimt has been esteemed for his near-deification of the woman he depicted. Adele Bloch-Bauer looks absolutely radiant and queenly in both her portraits, and the allegory shows a woman intoxicated with her own power. Similarly, the sexual drawings are often deemed respectful, revealing the power women held within themselves for pleasure, and intensely studying the female form. But faced with socioeconomic hardship in independence, not to mention Klimt’s womanizing ways, where does the line blur between deification and objectification? If they are one in the same, is the flattering portraiture problematic?

Certainly, Klimt’s rampant womanizing may not have been fully reverential. Not all was as golden as the works suggest.

Unfortunately, this theme continues to endure in the art world and among the elite. Remember Terry Richardson, the fashion photographer accused in numerous harassment cases. His photo essays capture the fragility of women, but it was still a surprise that there was a lens of abuse.

The top artists and gallerists today are largely white men as well. In a recent CUNY study, women artists were listed at just 30% to 70% of men represented at top galleries. This relative ratio is endemic even among eponymous galleries run by women, and significantly more pronounced at galleries like the indomitable Gagosian, whose male-to-female ratio is 50 to 15.

Ultimately the Neue Galerie both challenges and extols history: challenges the religious and racial divides that led to a horrific genocide and redistribution of masterpieces, and extols the imagination and curiosity that created some of the most beautiful portraits of the 20th century. As we move forward, forging new art historical dialogues, I am thankful for the bridges that the museum continues to provide.