The sun is shining as I pass by the Houston Bowery Wall, a mural owned by Goldman Properties which shows a rotating program of artists. Infamously, Keith Haring was the first artist to paint the wall in the 1970’s. Then the Bowery was New York’s skid row lined with flophouses, slaughterhouses, and a hangout for the downtrodden and destitute. Now, the street is the home of upscale restaurants and rents in the area have skyrocketed. Just like the area has gone through a renaissance, so has the painter Jane Swavely’s career. After taking a step away to focus on raising her two sons she has with the support of a community of female artists returned with full force to the art world.

Swavely receives me in her first floor loft on the corner of Bowery and Houston. When I enter into the softly lit open-plan living, dining room, and kitchen I immediately feel at home. She has lived and worked in the space for some thirty years. Swavely tells me that she together with her husband and the other residents of the building are going through the legal procedures to keep their homes affordable by finalizing coverage under the loft law, to become rent stabilized. To survive in New York you have to be a fighter. But, why fight alone when you can band together with your neighbors? 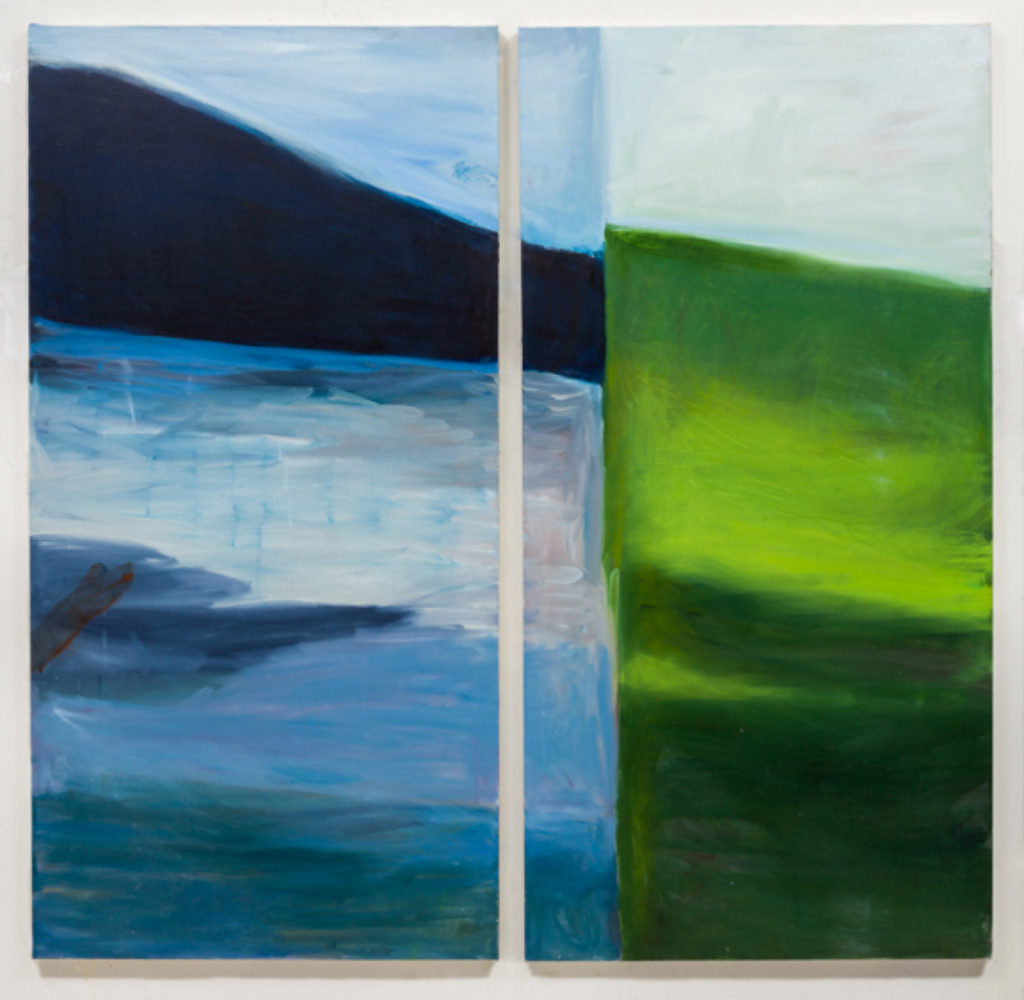 As Swavely makes me tea we talk about the art works in her kitchen, most are by female friends of hers. As a member of A.I.R. Gallery, an all female artist run gallery, she sees the importance of female artists supporting each other. The artist and co-founder of MAW Liza Lacroix suggested I interview Swavely not only because she is, in her words, “an amazing painter” but also because she hosted the book launch of NUT II at the gallery. NUT is a series of books featuring work by female artists. After Lacroix invited Swavely to contribute to the book’s second edition the two painters became friends. About Lacroix, Swavely said, “she is the epitome of a feminist. She gets things done.” 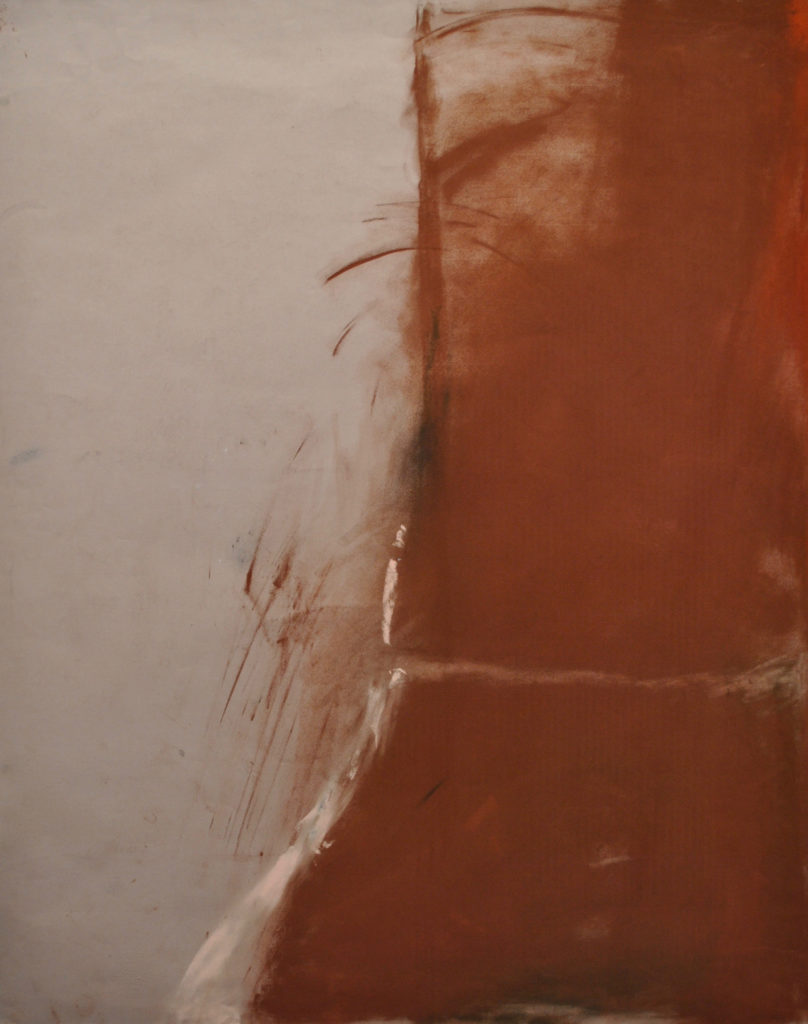 Like A.I.R., Lacroix and co-founder Alli Melanson, also a painter, aim to support and celebrate the female artist community through their project NUT. As the feminist gallery has helped revive Swavely’s career and Swavely in-turn supported NUT, I was curious to hear more about the power of female artist communities. In light of the #MeToo movement, it is clearer than ever that women must unite to support each other.

We move from the kitchen to the studio. Previously, it was her children’s room but has now been reconverted to a workspace. The room is flooded with sunlight and her stretched canvases are piled up against the walls. Swavely moved to New York in the 1980’s to attend the School of Visual Arts. She describes the art world then as smaller; there were fewer artists and galleries. “A dog-eat-dog world,” where artists had less agency. But, Swavely was lucky; she landed a job as Brice Marden’s studio assistant and was able to continue to develop her own work. A major breakthrough in her career was when Willard Gallery picked her up. First, her work was sold out of the backroom. Then in 1986, at the age of twenty-five, she had her first solo-show at CDS Gallery. Generously, Marden gave her two weeks off to prepare for her exhibition. She was part of the gallery’s rooster until 2005.

“It’s always like true confessions when you have a studio visit.”

For the sake of her career, Swavely’s first husband, who sadly died, told her to never have children. “But that would have been too selfish of me,” Swavely tells me. When she got pregnant, together with her second husband, her dealer’s response to the good news was: “I have work I need to return to you.” Swavely does not regret prioritizing her family by leaving the art world. With toddlers, it was too hard for her to find the time to paint. But, if her dealer had pushed her to return to her painting career earlier she might have juggled it with motherhood.

Motherhood was at times, isolating for Swavely. Social networking and the Internet, however, changed that. Instagram enabled her to connect with others in the art world. Now, as a member of A.I.R. she is completely immersed in a vibrant artistic community. Twenty founding members including Nancy Spero and Judith Bernstein founded A.I.R. in 1972, most of this core group are today celebrated feminist artists. The non-profit consists of twenty women and self-identified women members who met monthly. In addition to their exhibitions and public programs, A.I.R. runs a fellowship program supporting six artists each year. To date, Swavely has had two solo shows at A.I.R. Gallery, “Espial” in 2016 and “Purlieu” in 2013. The new works I saw in her studio will be on view in her next show at the gallery later this year. 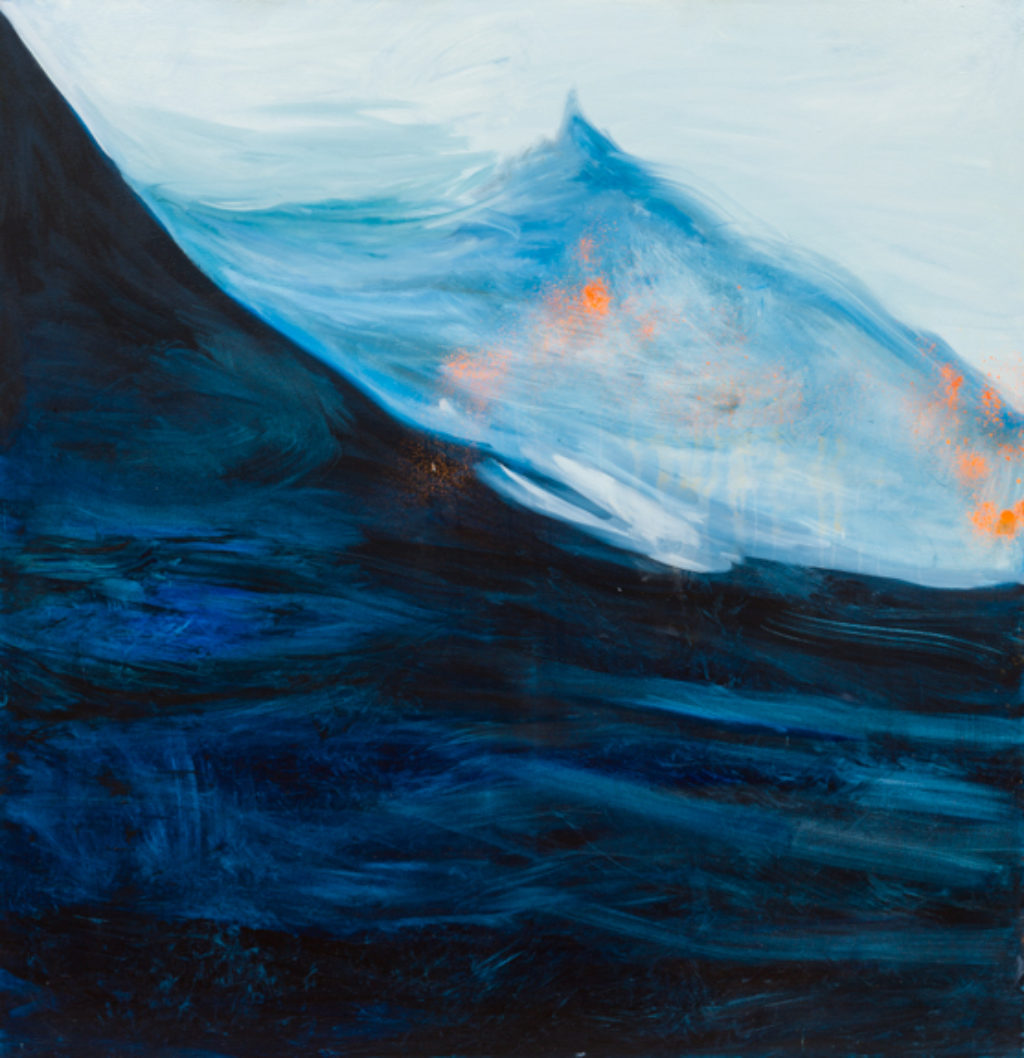 Her paintings attempt to reconcile romanticism with minimalism. Her works reference landscapes or nature and often include cinematic elements. The interruption, like that of a frame in a film, is a reoccurring feature. A green grass interjects a blue-hued mountainscape; in “Hudson River Painting #1,” it is as if she has juxtaposed two paintings in one canvas. The classic German black-and-white film “Das Blaue Licht” directed by Leni Riefenstahl in 1932 informed another series of mountain paintings where the play of light is a prominent feature.

A full immersion in the jungle, “Werner’s Painting”(2015) is a direct reference to the documentary “Burden Of Dreams” about the chaotic production of “Fitzcarraldo” by the German director Werner Herzog. The project was difficult for Herzog to realize and, in the process, he was overcome by the jungle: “We have to become humble in front of this overwhelming misery and overwhelming fornication… overwhelming growth and overwhelming lack of order,” he says. Swavely’s stripped down, but dramatic, rendering of nature may be an offer of support to the crushed director. Swavely does not always like to push a narrative on the viewer, so many of her works are untitled. 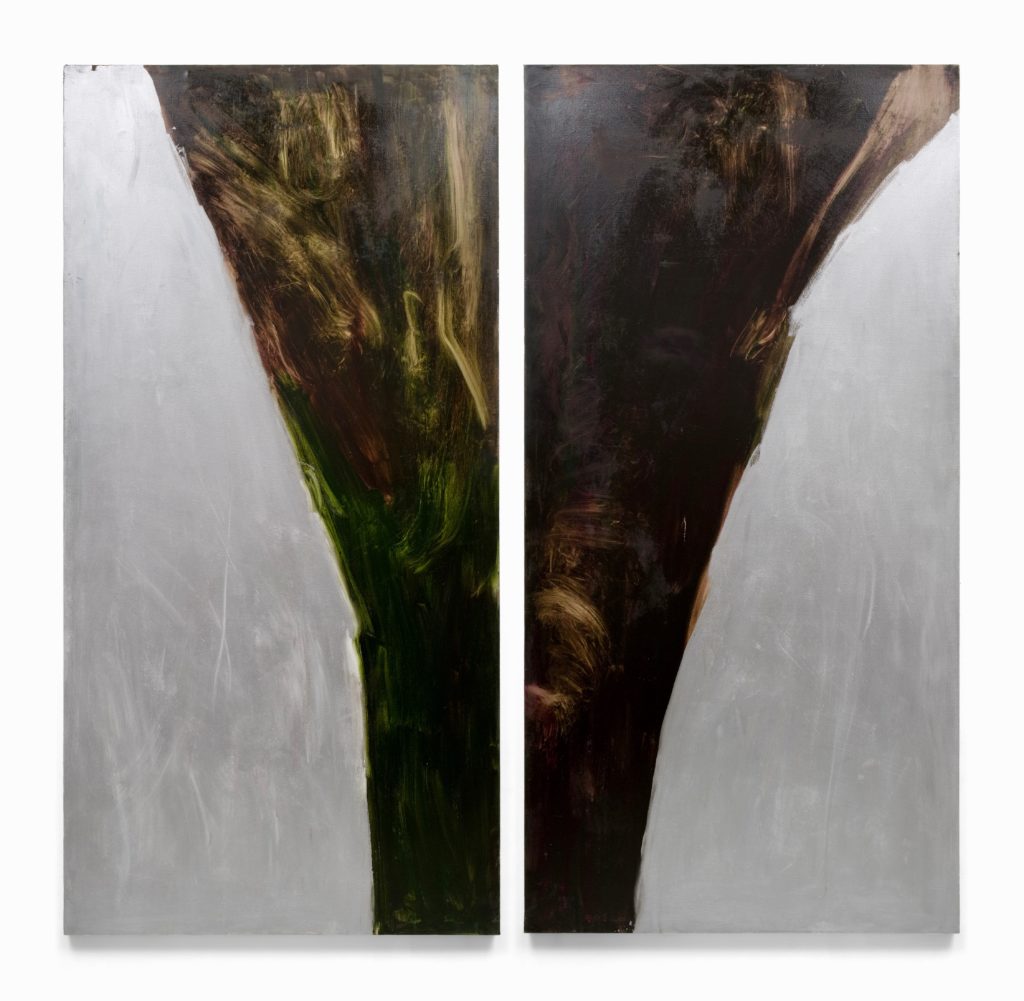 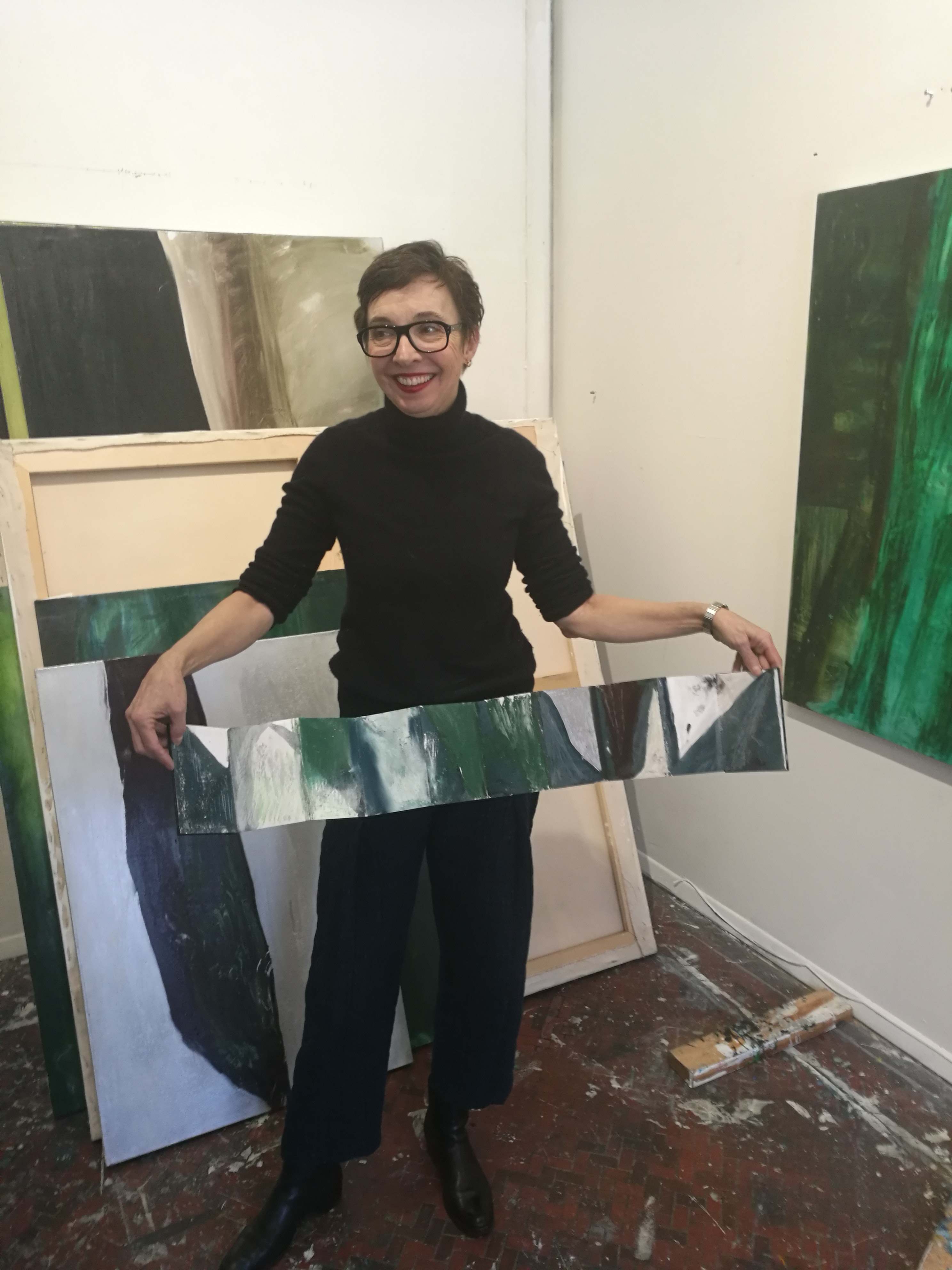 Jane Swavely in her studio.

Nature is close to Swavely’s heart. She spends much time in her house in the Hudson Valley. There, she works on several paintings at once. In her city studio, she works at one at the time. Using the floor as her easel, Swavely works in many different sizes, double-squares, and vertical rectangles. She develops her ideas in smaller books or on smaller canvases that stand-alone are works of art. Many of her canvases feel like doorways. When I stand in front of them my body feels diminished. She describes her process as intense and focused. When her husband is away she works the best: “Then I can eat cheerios for dinner and work through the night,” she jokingly admits.

“It’s always like true confessions when you have a studio visit,” Swavely says. Which is true, our conversation was high in energy and we quickly oscillated between talking about her work, private life, and the ever-shifting art world; to me, it is clear that Swavely is keeping up with a keen ear to the ground, or with an eye on who’s working with what. We met on the heels of Armory Arts Week. Amongst her highlights was the Bay Area painter David Park’s booth at Pier 92. His work is figurative, something that Swavely is moving away from. The intensity of the art market has propelled her to slow down take more time to focus on technique and developing new ideas. A wise decision as her new work is stronger than ever. 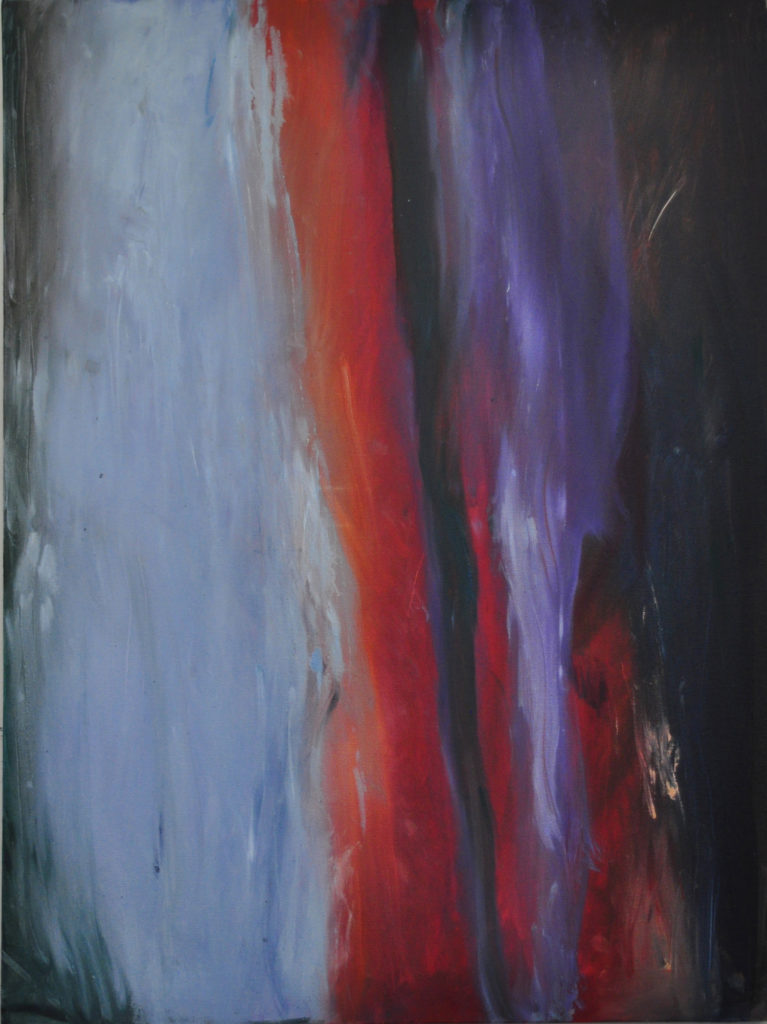 Swavely’s eyes sparkle when she speaks about color. She is a painterly painter; she mixes all her own colors. As an undergraduate at Boston University College of Fine Arts, the program has an emphasis on figuration as Philip Guston headed the department and after him, James Weeks took over. Brice Marden, with whom she worked for several years, graduated from the program some years prior to her. So, they shared many professors. In her newer body of works the natural elements that were present in her previous series have become further abstracted. “Right now I am obsessed with Barnett Newman and Clyfford Still.” Newman is a master of abstraction and a leading color field painter. Replacing light and landscape, color has come to the fore in Swavely’s her new body of work. 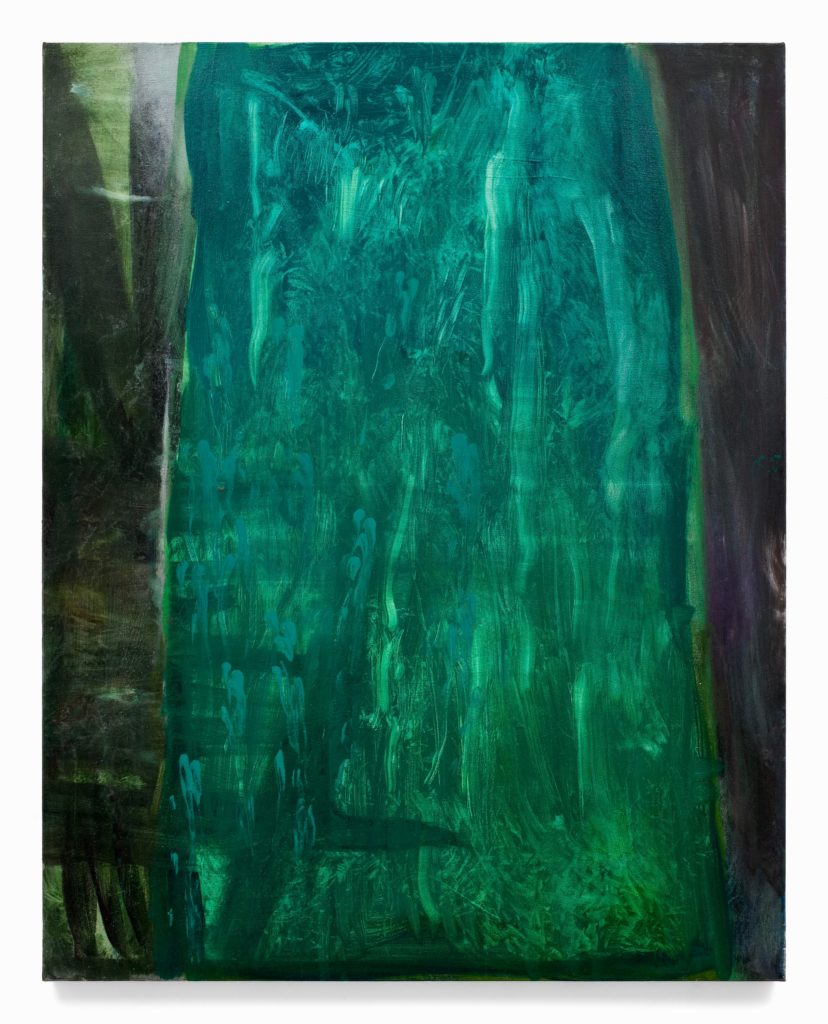 As our visit comes to an end I help put away the canvases Swavely has pulled out for me to see. Among other things, she invites me to A.I.R. Gallery’s feminist reading group. Returning to work, in any industry, after having left to become a homemaker is difficult for most. For Swavely however, the process seems seamless. Thanks to A.I.R. Gallery she has found a community where she can be supported and in turn support other female artists. She has now been a member for seven years. Swavely is thriving in this new art world of increased collaboration and give-and-take; I look forward to seeing her continue to rise.

Get your own copy of NUT II here, the book includes work by Jane Swavely and sixty-three other artists. 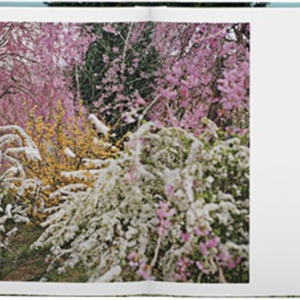