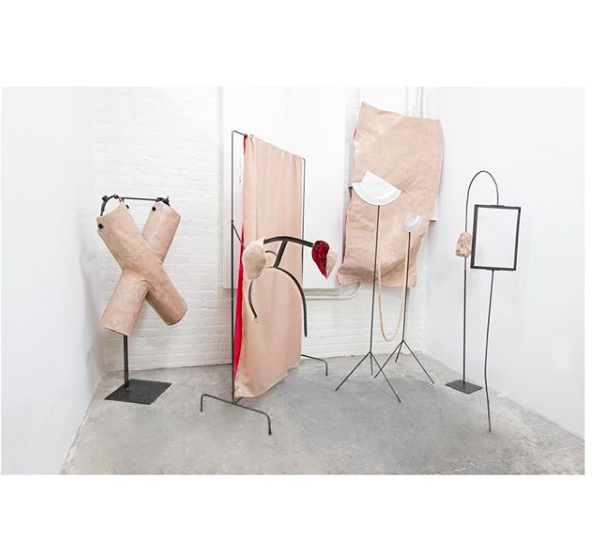 Move over Chelsea! The days of having to travel all the way west towards the Highline in order to gallery hop are in the past, as the Lower East Side has established itself as a prime destination for art galleries to set up shop. The neighborhood is a hub for experimental pop-ups and new territory for emerging curators. What I particularly love about seeing gallery shows on the LES is that most of them are smaller galleries, which makes it easier to introduce yourself to the staff, ask questions, and provides a more intimate art-seeing experience. 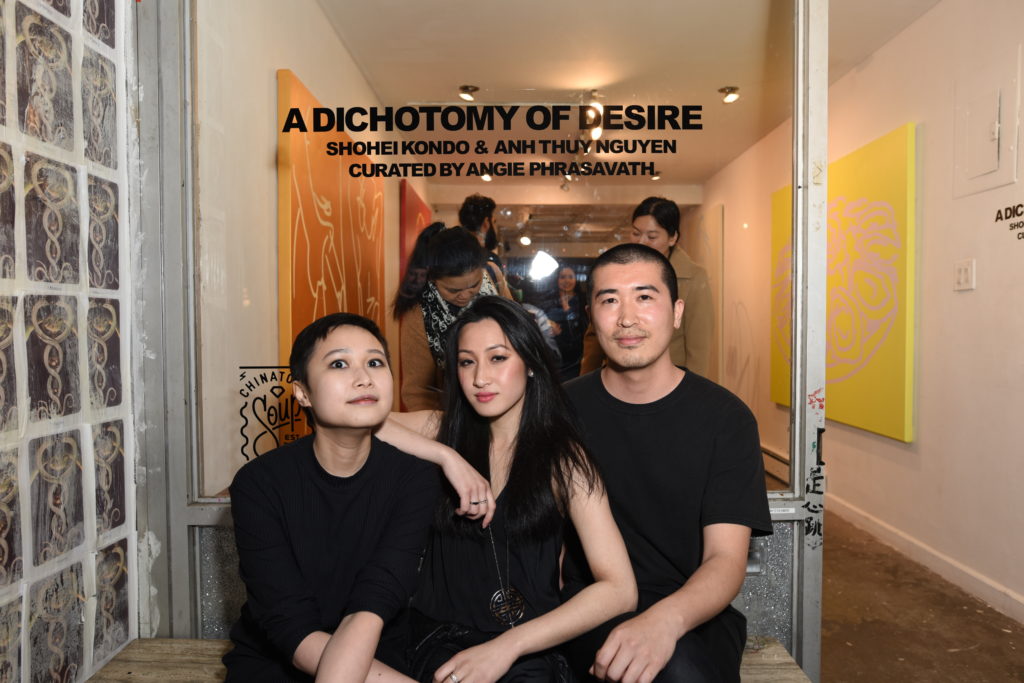 I had the opportunity to sit down with Angie Phrasavath, growth manager at Eazel and curator of the newest exhibition at Chinatown Soup, “A Dichotomy of Desire” as well as artists Shohei Kondo and Anh Thuy Nguyen who are both featured in the show. Phrasavath has paired two unlikely artists (once you see Kondo and Nguyen’s style, you’ll see what I mean) but it works. Together, Kondo and Nguyen explore the possibilities of the human body in terms of size, shape, and appearance; I cannot recommend enough dropping by this show before it ends on Sunday, April 28th.

Cultbytes: Angie, you wear a lot of hats as Manager of Eazel (social art-education network and marketing platform), an arts writer and as a curator. Can you tell us a little about how you got involved in the art world? How do you balance it all?

AP: As I have been wanting to pursue curating for some time now, I have just been waiting for the right opportunity. When I was approached by Shohei Kondo through a mutual friend from Sotheby’s, I sought out spaces where I could show his work. I was humbled to have the opportunity to interview Lance Esplund, author and art critic of the “Wall Street Journal” a few months back for Eazel’s magazine and after conducting several interviews I added arts writer to my resume! I started getting involved in the art world while I was enrolled in Sotheby’s Institute of Art’s MA in Art Business in NYC; parallel to my studies I interned at Richard Taittinger Gallery and shortly after graduating started working as Account Manager at Eazel. As you can see, I love being busy in the art world and I have an overwhelming need to stay inspired and challenge myself.

…together their works encompass the multiple sides of human desire, such as pleasure and pain. In “A Dichotomy of Desire,” Shohei’s works are provocative in a humorous manner. They are flat, minimal and colorful. In contrast, Thuy’s works are made of cold, raw steel against fleshy silicon.

Cultbytes: I find that a lot of times, exhibition titles don’t necessarily match up with what an exhibition is all about but I was really struck with how fitting and appropriate “A Dichotomy of Desire” was for this exhibition. How did you, Shohei and Anh Thuy come up with it?

AP: Thuy is the brains of the exhibition title – not only is she a brilliant artist, she is also a gifted writer. Studying the works of Shohei and Thuy in relation to each other isn’t obvious at first, however, together their works encompass the multiple sides of human desire, such as pleasure and pain. In “A Dichotomy of Desire,” Shohei’s works are provocative in a humorous manner. They are flat, minimal and colorful. In contrast, Thuy’s works are made of cold, raw steel against fleshy silicon.

ATN: I have learned through “A Dichotomy of Desire” that thoughtful conceptualization and arrangement of the art is crucial for a two-person show. I believe all of those elements helped deliver the synergy many people got from the show.

Cultbytes: Agreed, I really think the exhibition came together in terms of the space and your synergy with Shohei Kondo’s artwork. Thuy, were these sculptures part of an ongoing series or were they created specifically for this exhibition?

ATN: I am very glad you and many viewers feel that way about the show because my sculptural works are certainly not made with this show in mind. They are my on-going independent investigation and private practice. To be perfectly honest, when we started putting the show together I couldn’t help but feel nervous given that Shohei and I have very different aesthetics. However, much to my pleasant surprise, the works feel synchronized not despite but very much by their differences. Hence they accurately reflect the term “dichotomy,” which is the concept of the show. 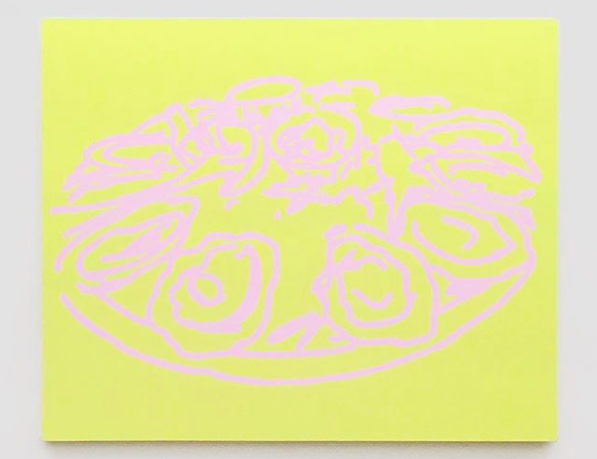 Cultbytes: A question for you Shohei, your portrayal of the human body is on a grand scale, yet there is a lot of distance between the bodies you draw and the rest of the canvas. Can you speak to the importance of emptiness and the open spaces in your work?

SK: I believe that everything in this world is important, at the same time, meaningless. As a person who grew up in Japan, I experienced many earthquakes and I saw people’s worlds swept away by the Tsunami. Many of my friends lost their homes. Early on, I understood the things we hold most important can turn to dust, easily. Therefore, the idea of emptiness is always with me.

Cultbytes: Does emptiness have a positive or negative connotation to you?

SK: In the drawing form “En-so” carried out by Japanese Zen monks the circle represents the emptiness of life. There is a text accompanying a drawing of “emptiness” by Sengai Gibon that reads: “Eat this bun and drink some tea.” It’s like saying “Life is empty, but eat a bun and drink some tea, enjoy your life.” Like the Ancient Japanese Zen monks, I do not think emptiness is negative. In addition, Japanese contemporary culture permeated by anime and video games leads me to think that the emptiness of life holds certain optimism. 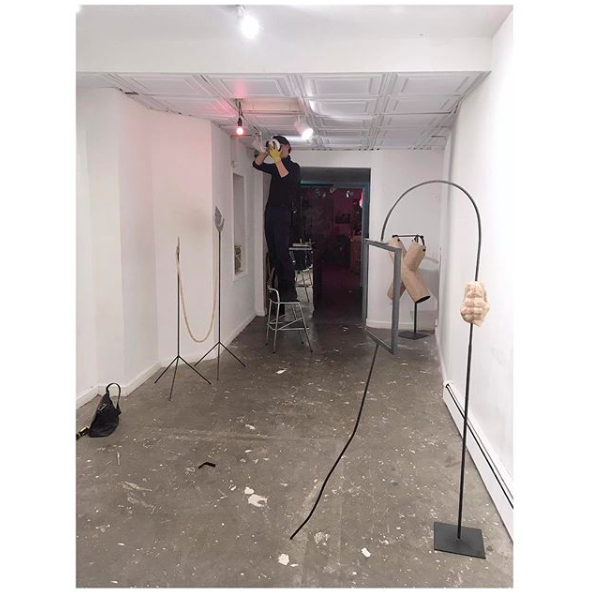 Cultbytes: Thuy, your sculptures draw attention to parts of the human body that we often want to ignore – pale flesh and skin with ripples and realistic lines. But, it’s important to remember that we are human and I love that about your sculptures. Can you tell us a little bit more about your artistic practice? Has the human body always played a role in your work?

ATN: Thank you. The human body always plays a central theme in my practice. I am interested in the representation of the body in objects that remind us of our own vulnerabilities, imperfections, and abjection. I also investigate the body that is implied or, to be more specific the performative or imaginative body as it meets with an object. That is why there are always aspects of my work that invite touch or use and other forms of physical engagement. In short, my work focuses on the relationship between bodies, both as objects and non-objects.

Cultbytes: Shohei, you cite Pop Art and Japanese Rimpa paintings as influences on your artistic style. I’d love to hear a little bit more about specific artists that have impacted you.

SK: When I was around 9 or 10 years old, I remember when I saw Andy Warhol’s work for the first time. I was walking on a shopping street with my mom and a T-shirt that had Warhol’s portrait with a yellow hair and orange face printed on a light blue background caught my eye. I was shocked that the bright vivid colors could exist on the one T-shirt in a strange harmony. I had a similar feeling when I saw “Fujin and Raijin” by Rimpa. In it, the gold colored “background” and the “gods” are painted to hold equal importance – absence is front and center. 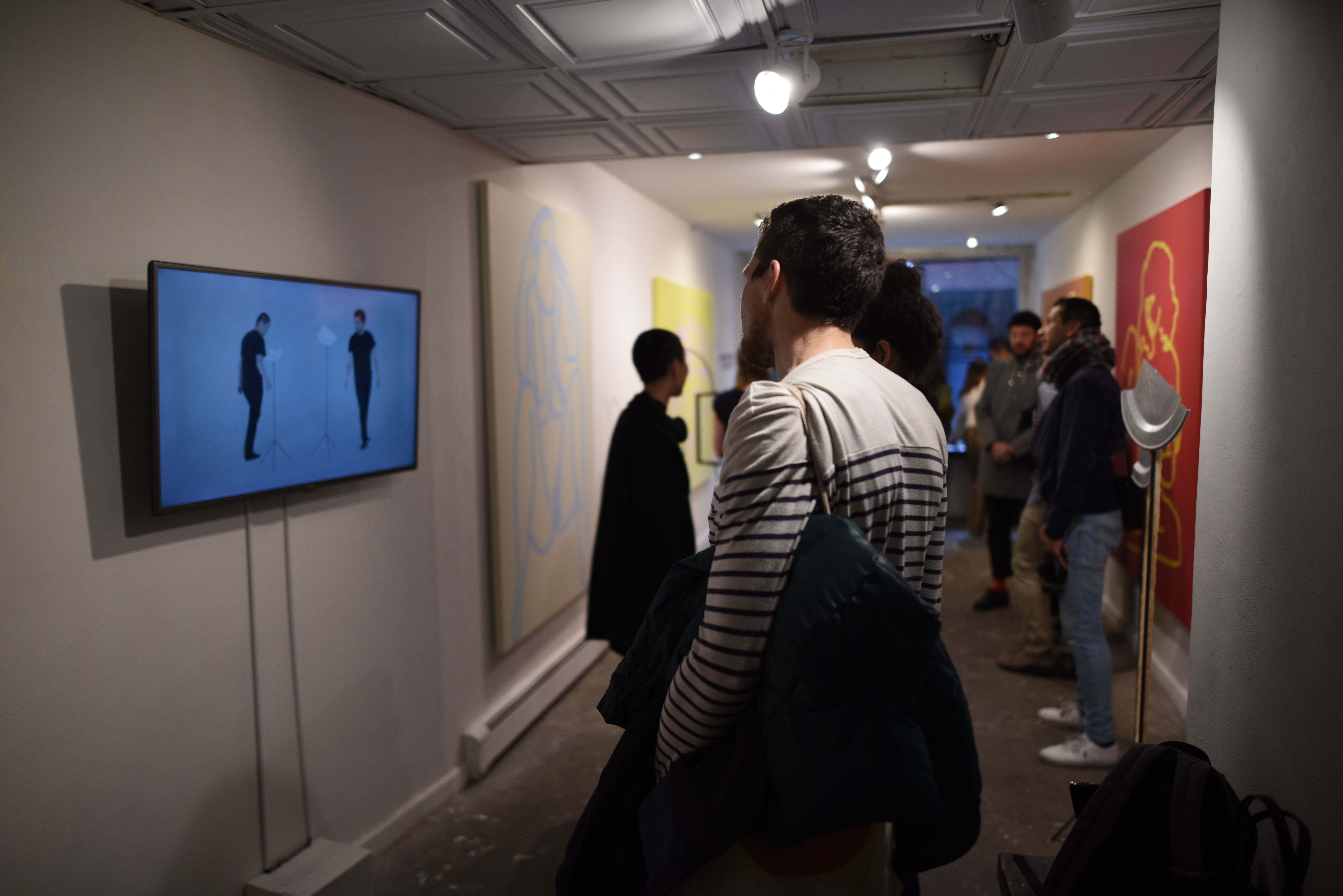 Cultbytes: How did the three of you meet? And, Shohei and Thuy did you know each other before the show?

AP: I was introduced to Shohei my our mutual friend, Zoe Yu. We met at the lobby of Hotel Indigo and I went through his portfolio as he explained his work to me. When I presented Shohei the opportunity to show his work at Chinatown Soup, he asked if Thuy could be involved as well. They attended SVA at the same time and worked on multiple projects together in the past. The film “Semiotics of Distance” (2017) in the show is created by Thuy and performed by Shohei. I also saw Thuy’s sculpture in an exhibition at Sotheby’s Institute of Art last fall, which was curated by Zoe Yu.

Cultbytes: As the curator, did you always have in mind that you wanted the show to be about being pulled in two different directions? Or did that concept develop later?

AP: The concept developed after being presented with the works. I knew the two artists had worked with each other before, so I waited to see what artworks they wanted to include. As the artworks were already having a conversation with each other that felt natural the selection process was dynamic.

Cultbytes: As someone who actively sees different exhibitions and interacts with artists on the regular, what do you hope that people will get out of “A Dichotomy of Desire”?

AP: I hope this exhibition speaks to each person’s human condition as desire is a universal concept. As someone that frequents exhibitions and interacts with artists on a daily basis, my advice is to go in with no expectations and with an open mind.

Cultbytes: Lastly, are there any other projects coming down the pipeline that you are excited about?

SK: Yes! Bishop Collective is going to show my works at their store together with their new collection.

ATN: I have an upcoming exhibition opening on June 7th curated by Tansy Xiao at Radiator Gallery (LIC). The show’s theme is bio-politics and I look forward to exhibiting with other artists whose works center on the contemporary body and its political discourse.

AP: Along with working and growing with Eazel on a global scale, I have a couple of independent projects, including curations, that are in development for this year. Stay tuned!