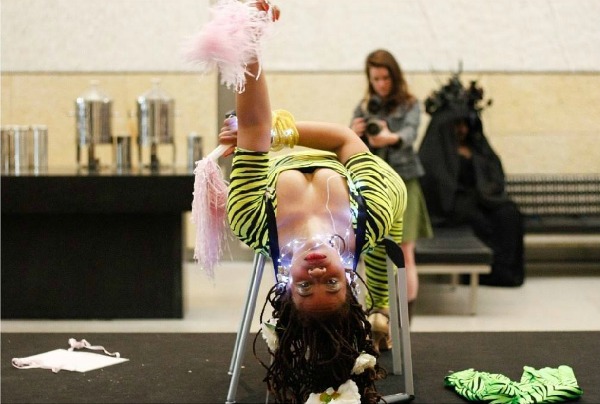 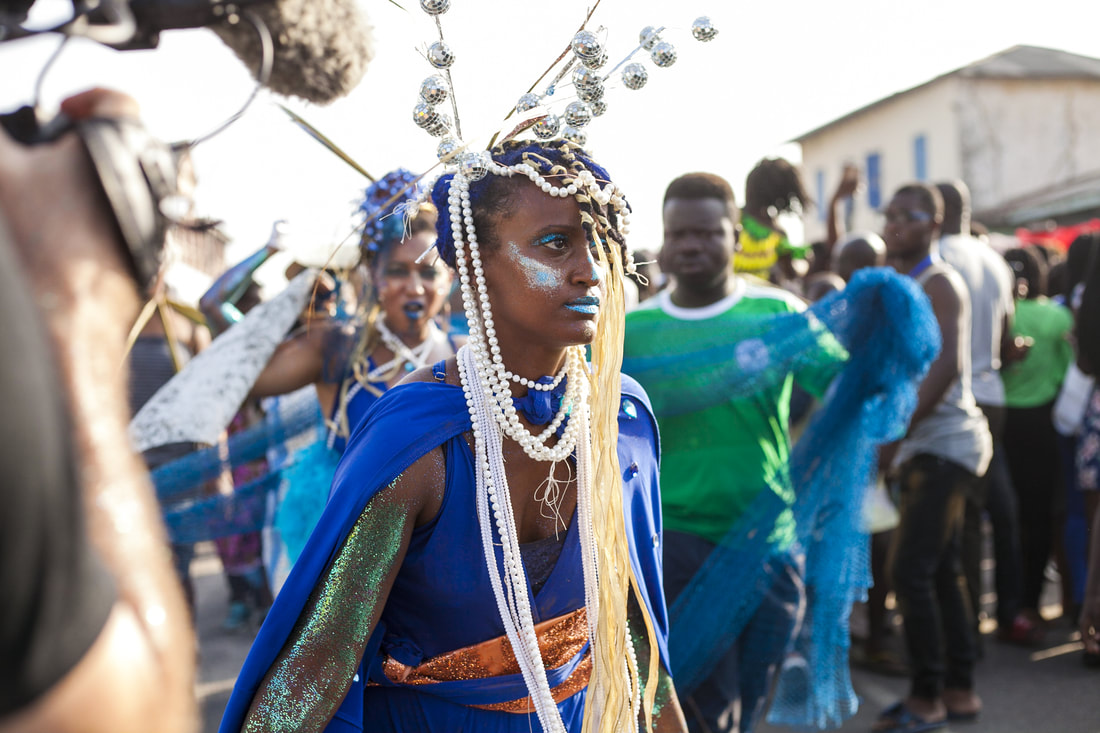 Now in its fifth year, Prizm was founded with the goal to expand the spectrum of international artists of the African Diaspora during Miami Art Week and to give voice to Miami’s artists of African descent. Prizm Perform presents three performances that fall within the scope of “Universal Belonging,” the fair’s annual theme that explores global diasporic experiences. Tsedaye Makonnen‘s piece “When Drowning is the Best Option” focuses on the African refugee crisis. By telling contradictory migrant stories, in ”Gatekeepers,” Helina Metaferia speaks to the complexity of migration and national borders. Nyugen Smith and Marvin Fabien present a multi-sensory performance derived from their on-going dialog related to the impacts of hurricanes and climate change in the Caribbean and parts of the United States. 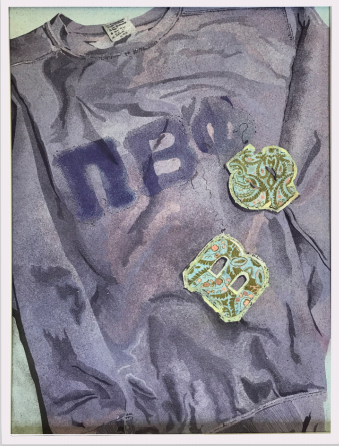 56 Henry presents a solo booth featuring a selection of Cynthia Talmagde’s sand paintings. In her melodramatic works, the artist employs a version of pointillism, traditionally used to render landscapes and the effects of light on bucolic subject matter, but she repurposes the technique with sand instead of paint. In ”Leaves of Absence,” the artist’s last show with the gallery, she presented the viewer with what she imagined to be a patient’s room at Harvard Medical School’s psychiatric facility. Perversely, she recreated a pristine bedroom that resembled a dormitory belonging to a sorority girl – pink details and a tote bag on the floor. In Miami, instead of sharing her imagination her canvases show renderings of existing street corners,  architectural details, and pop culture. It is their pristine characteristic that makes them ironic. I’d choose a sand painting over a sand castle any day. 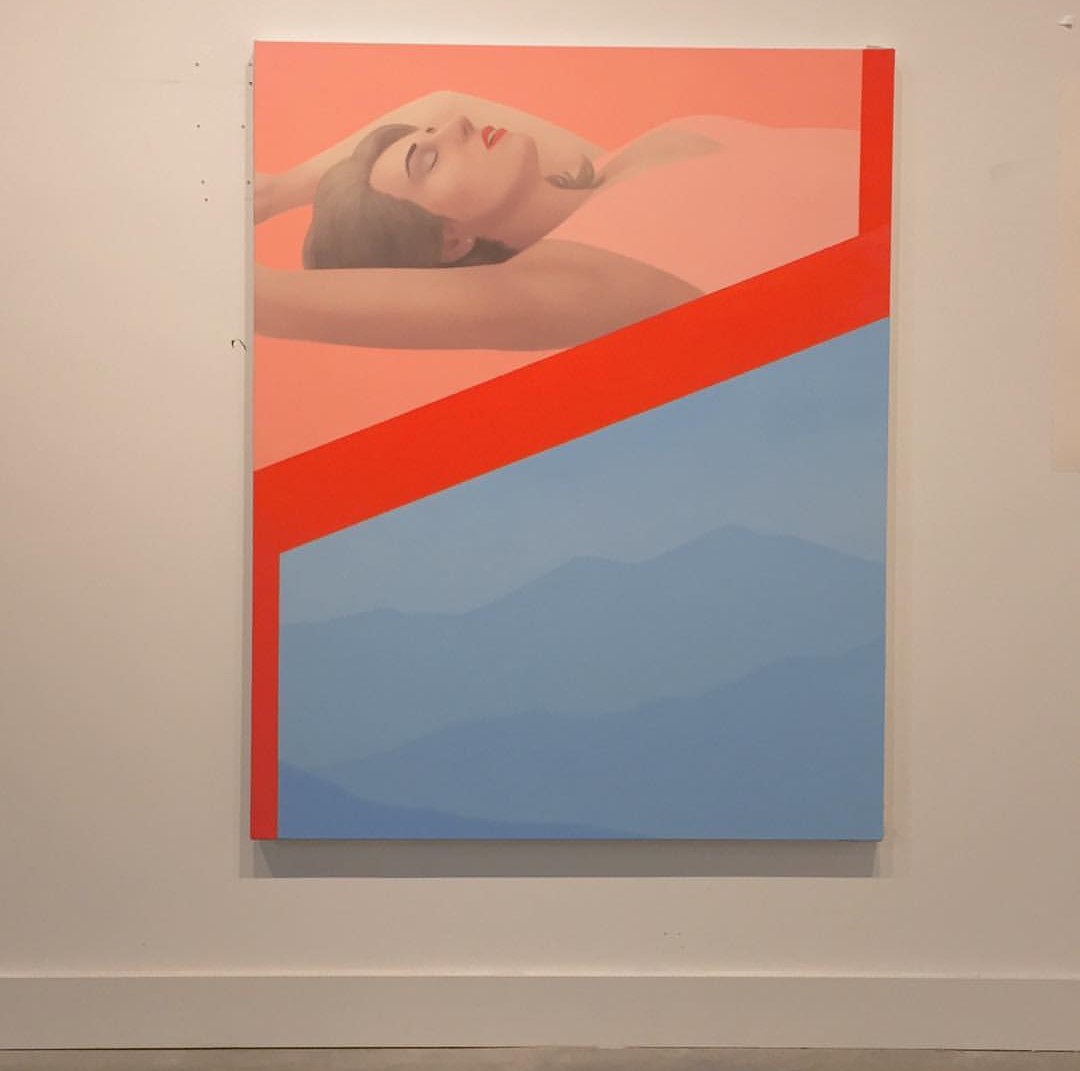 Ridley Howard‘s scenes of people and places have a surreal quality to them, their flattened appearance is reminiscent of film stills, photographs, or dreamscapes. Despite his use of soft colors and gentle lines his subject matters are often serious. And, all his works are distilled versions of reality, both people and places. In a sense, they are the personal made impersonal. Adding to the mystery in his work, two of the paintings that Howard will have on view in Miami are in dialogue with each other, at different fairs. Howard was studied in Athens Georgia and is now based in Brooklyn where he lives with his wife, fellow painter, Holly Coulis. 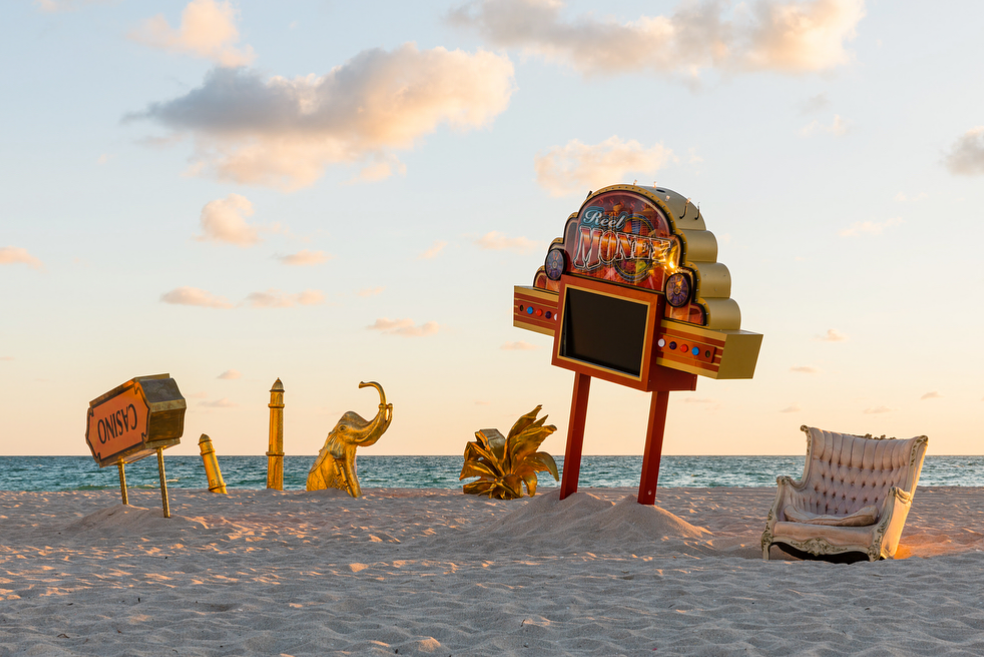 Earlier this year, Peter Tunney picked up monumental pieces from the demolition site and bankruptcy sale of the infamous Taj Mahal casino in Atlantic City. The casino, first names Trump Taj Mahal, was opened by Donald Trump in 1990. Tunney has collected monumental pieces from the façade and rooftop of the building, giant chandeliers, a two-ton ornate concrete elephant, and towering letters that will all emerge out of the sand. Tunney’s installation of gold-colored plastic, glass, concrete, and steel in ruins is a bold statement on our contemporary time. 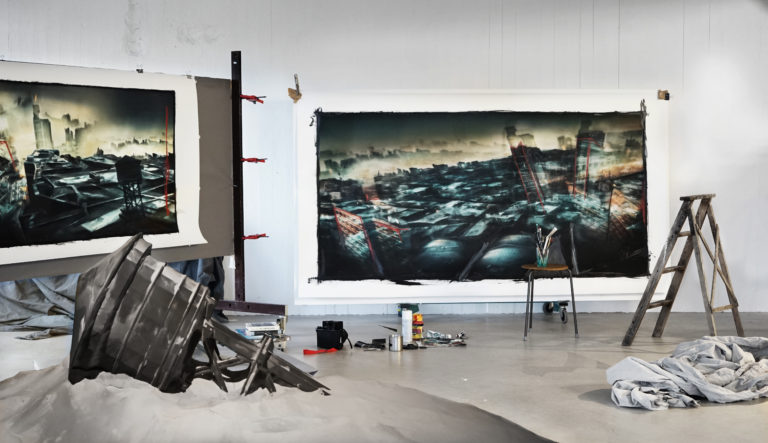 Jacob Felländer: How to Unlock a Portal @ MoCA

Using a combination of virtual reality, paintings, sculpture, and photography the Swedish artist Jacob Felländer challenges the perspective of his viewers. His manipulation of photography also challenges the medium itself. The exhibition marks the artist’s U.S. debut. 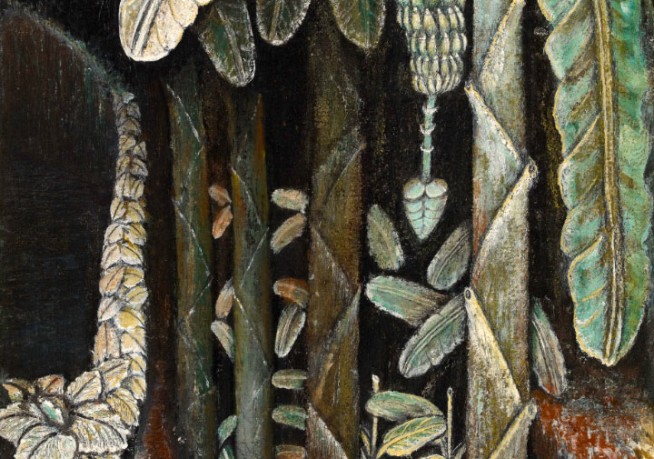 This exhibition presents paintings from the 1930s and ‘40s alongside a smaller selection of carved-wood and stone sculptures by John Dunkley. The artists is widely considered to be one of Jamaica’s most important historical artists. Dunkley’s paintings are defined by their distinctive dark palette, detailed imagery—often landscapes––and psychologically suggestive underpinnings. 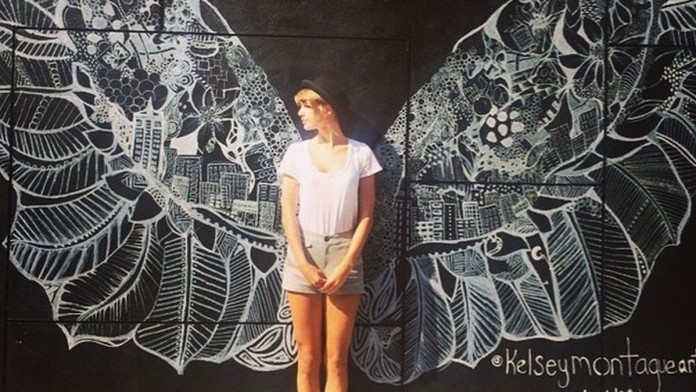 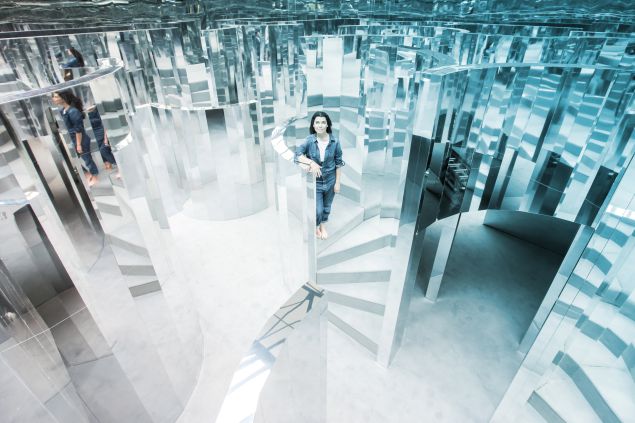 Featuring a series of mirror mazes, soundscapes, and videos spread across 7,000 square feet the immersive installation, at The Miami Beach Edition hotel, will be one of Miami’s largest. As the award-winning British set designer Es Devlin has worked with Beyoncé, Kanye West, and Jay Z, it is an impressive commission. For Louis Vuitton, in Rio de Janeiro, she created a meandering catwalk – she specializes in kinetic sculptures. Not sure if checking in or checking out will be the best option, but definitely looking forward to seeing the installation.

“New Spring” was first conceived for Milan Design Week in April and became an instant hit. Its creators’ the Japanese architect Azusa Murakami and the British artist Alexander Groves, who together form the London-based design firm Studio Swine, are known for innovative experimentation with materials. The interactive sculpture was shaped like a tree and emitted mist-filled blossoms. Fittingly, as the piece was commissioned by the fast-fashion brand COS (part of the H&M family), the blossoms temporarily lived on when they met with textiles (special gloves were supplied) but burst and evaporated upon contact with skin. Inspired by Miami and the everglades, a brighter and bigger re-imagined version of the piece will be housed in the historic art deco building Temple House. I want to touch those blossoms, don’t you? 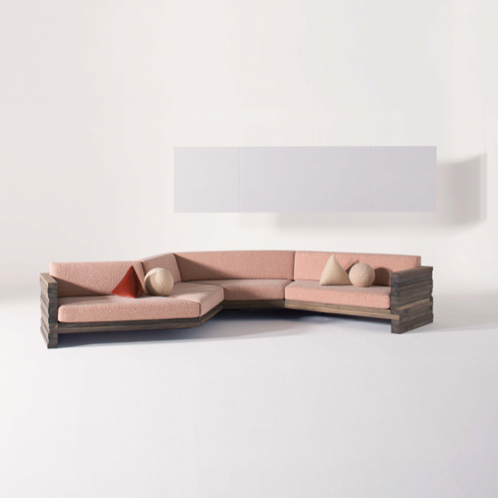 Pierre Yovanovitch from his OOPS series. Photograph courtesy of the gallery. 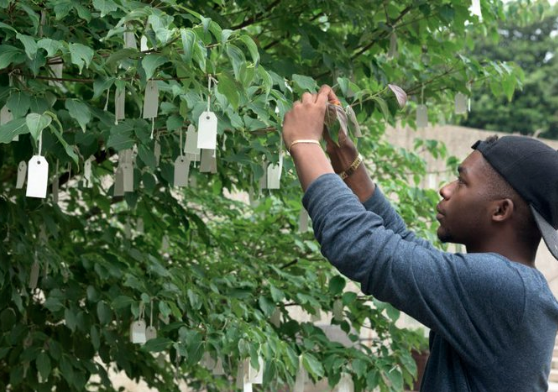 Fair., an attempt to bring intellectual fodder to counter Miami Art Week’s market-driven frenzy. The curators of Fair. Zoe Lukov, the director of exhibitions at Faena Art in Miami, and Anthony Spinello, founder of Spinello projects describe the projects three organizing principles as “fair market, fair play, and fair trade.” To challenge the commercial art fair model, nothing is for sale and the admission is free. More interestingly, the fair features only women and, in a statement, Lukov called the fair “just one more step forward in the dismantling of the patriarchy.” Four monumental billboards by the Guerilla Girls, Yoko Ono’s “Wish Tree,” and a performance by Nathalie Alfonso headline the exhibition. Down with the patriarchy. 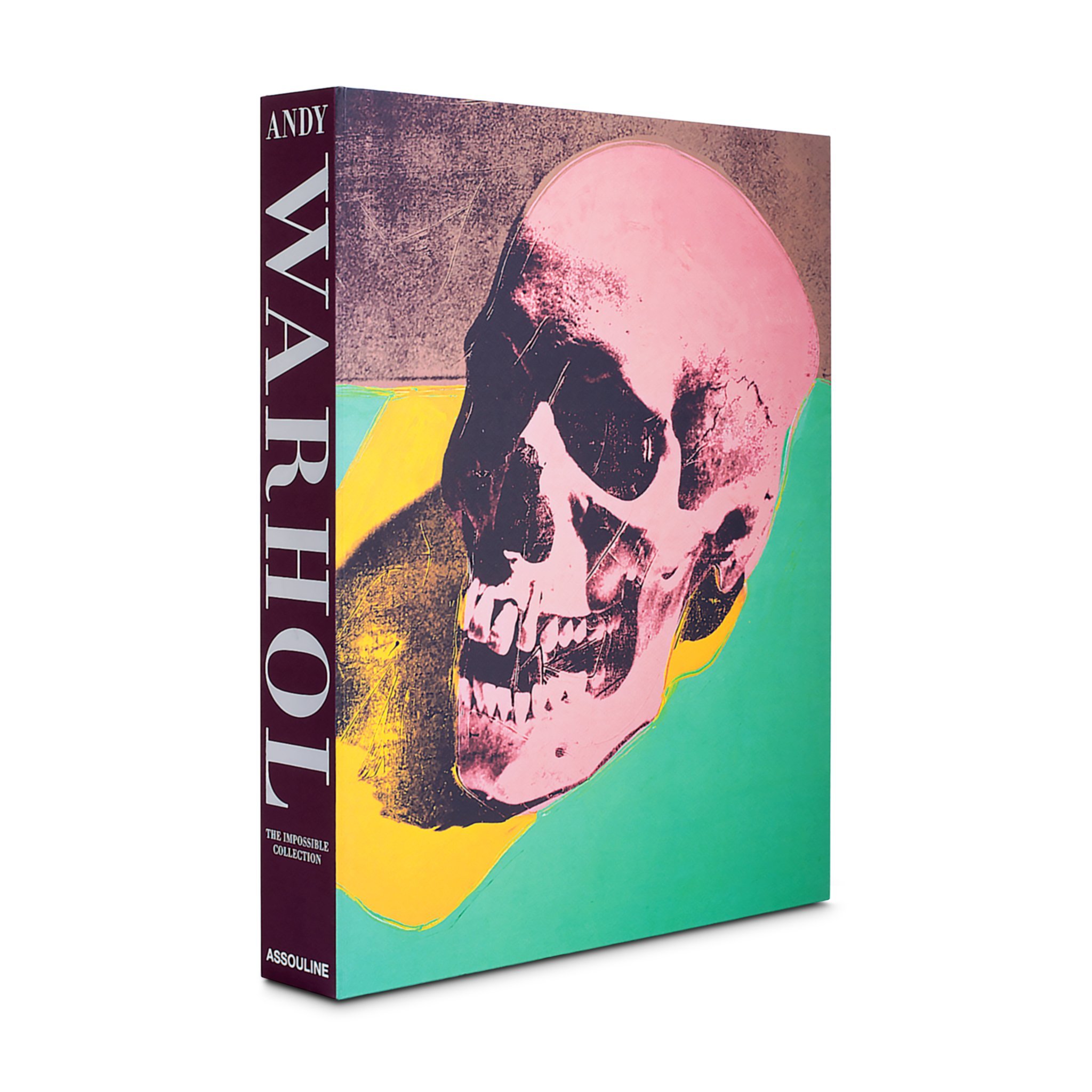 The release party for Andy Warhol: The Impossible Collection published by Assouline at the Surf Lodge Pop-up at W Hotel will be a star-studded blow-out.  The book is priced at $845, so expect the party to be equally lavish. The evening consists of a dinner and after-party with a special performance by Young Paris and DJ set by Mia Moretti. 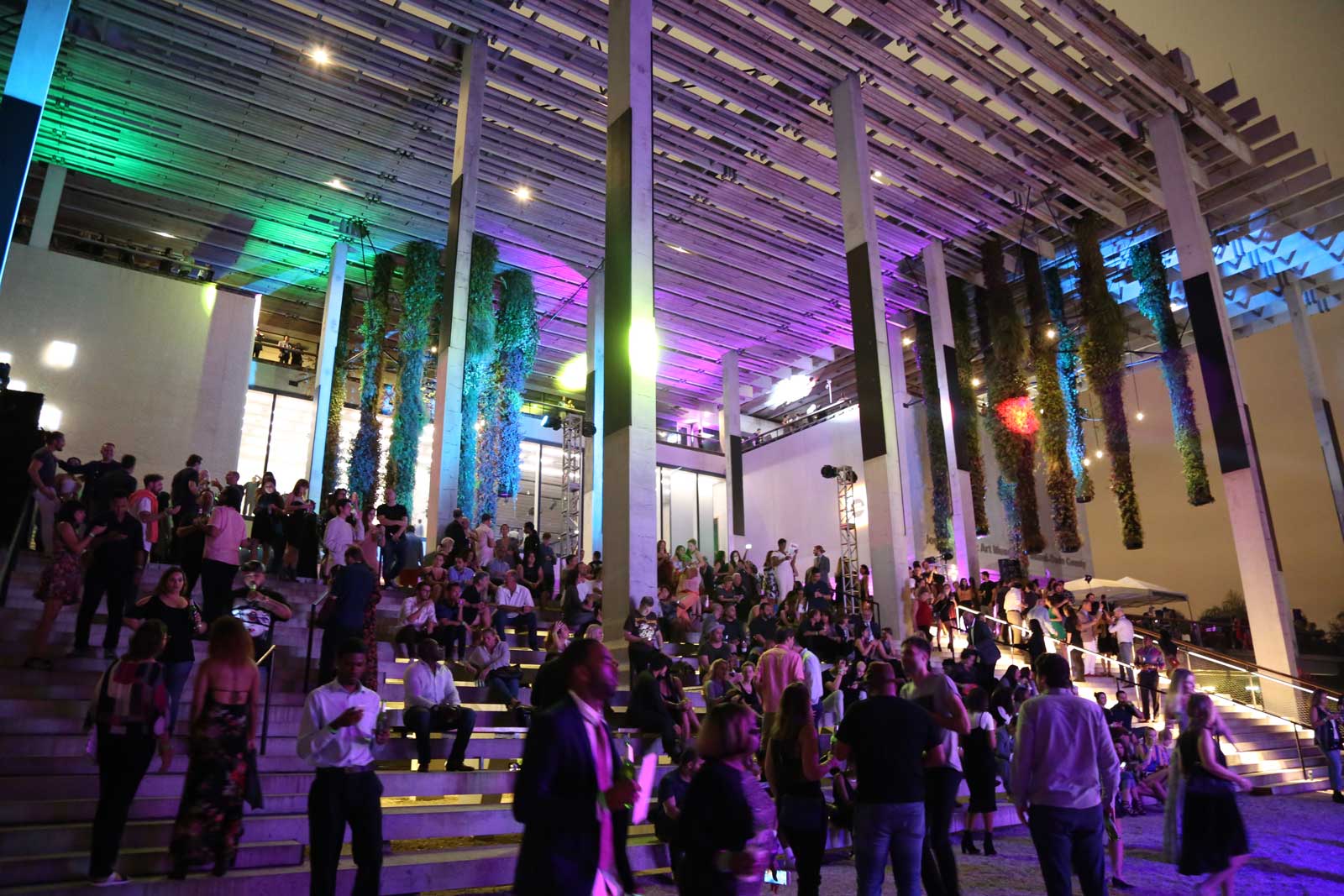 How to Effortlessly See the Best Miami Art Week Has to Offer, 2016