Graffiti and Street Art becomes increasingly popular on the secondary market, affirmed by Sotheby’s large exhibition of 74 Banksy works with price tags between $6.700 to $840.000. “Banksy is more than just a street artist – he is a true cultural phenomenon of our time,” says Fru Tholstrup, S2’s director. 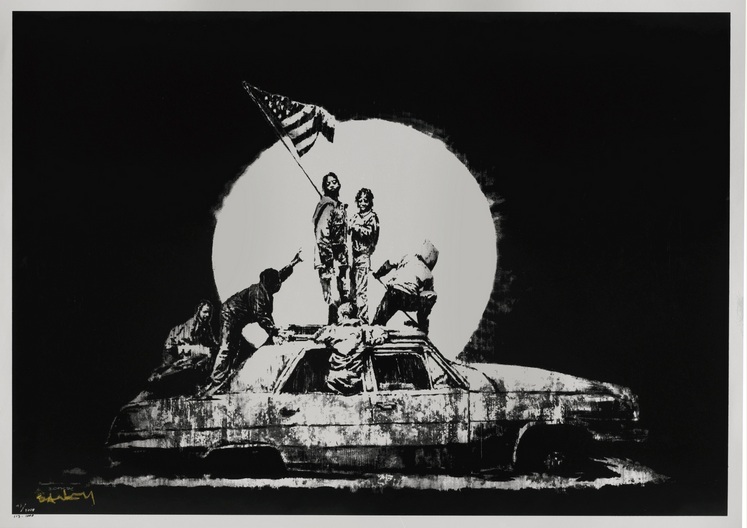 Banksy is the pseudonym of the world’s most popular graffiti artist. Little is known about the personal details of the artist except that he is from Bristol, a city in the Southwest of England, and born around 1974. Banksy often subverts classic images and includes slogans critical of war, capitalism, hypocrisy, and greed in his work. He still often executes his in a classic street-art manner; unsanctioned and outside of the context of traditional art venues. 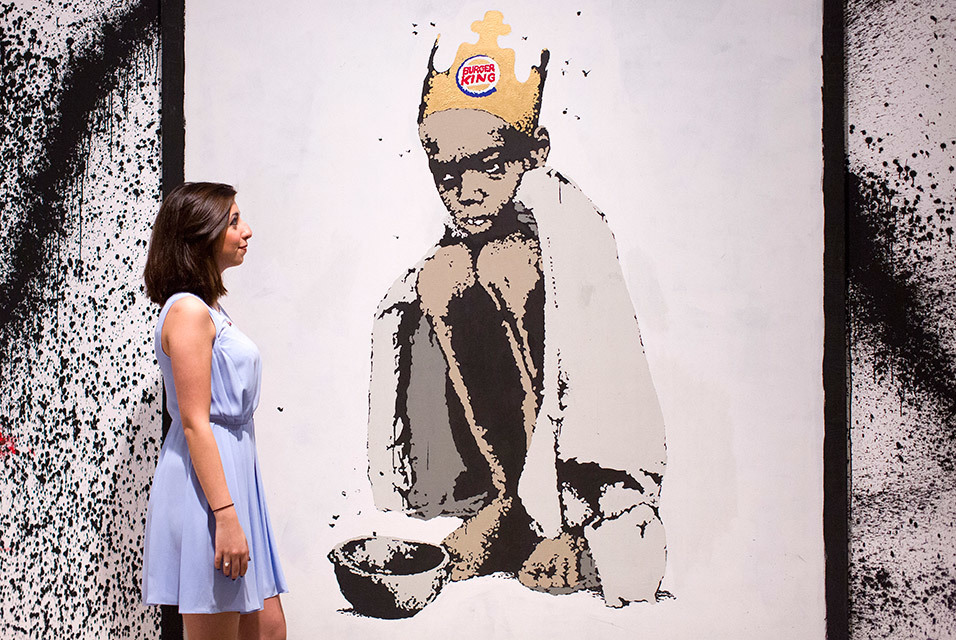 74 original paintings, sculptures and prints have been assembled for ’Banksy: The Unauthorized Retrospective,’ curated by his agent Steve Lazarides opening at S2 in London, Sotheby’s gallery devoted to private sales. In 2013 Sotheby’s had consolidated sales on $6.3 billion where of $1.18 billion came from private sales, an increase of 30% from the previous year. S2 was inaugurated in 2011 with a show of work by American Abstract painter Sam Francis on York Avenue, New York and has since expanded with a second location the five-story building on 31 George Street, London. Prices for the career-spanning artworks on view range from $6.700 to $840.000, some of the early works were initially sold for $50. 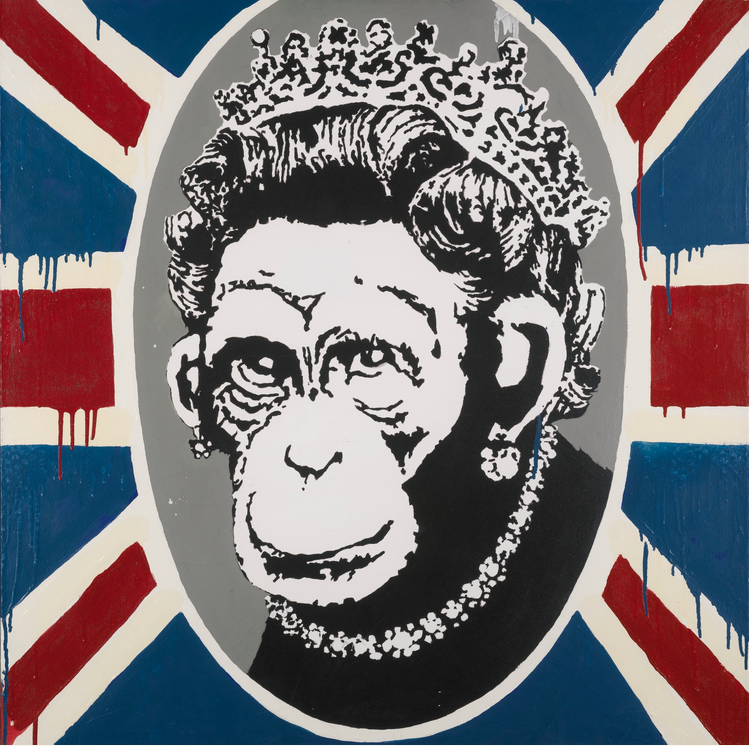 Banksy began as a freehand graffiti artist in 1990–1994, inspired by the Bristol underground scene of Nick Walker, Inkie and 3D, as one of Bristol’s DryBreadZ Crew (DBZ), with Kato and Tes. It was during these early years that Banksy came into contact with photographer Steve Lazarides who began selling Banksy’s work (ehh the guy must be BRILLIANT). Although Banksy is often viewed as an outsider artist, allegedly Banksy “knows about the exhibition and he is not particularly happy about it,” he is highly involved in the art-world and pretty fucking £$€-ed. If Banksy solely focused on art-world criticism I would call him a hypocrite however the subjects he touches upon in his work are so much wider. He deals with themes including anti-war messages, commentary on world-politics, consumer society, and freedom of speech. His work is an important social commentary of our society today.

Please don’t let the title of the sale confuse you. “Unauthorized” is all about PR, upholding the image of mystery, Banksy will receive plenty re-sale royalties and Lazarides has probably included some work sold directly from the artist in there somehow. The exhibition showcases key works throughout the artist’s rise, including Bombing Middle England (2000), Monkey Queen (2001), Paranoid Pictures (2003), Pulp Fiction (2004), Kate Moss (2005), and Sunflowers from Petrol Station (2005). Many pieces have not been seen by the public before, often bought shortly after they were made. Several have only been on view in public space briefly, such as Banksus Militus Vandalus (2004), which was illegally installed in London’s Natural History Museum and removed within two hours of it’s installation by officials.

The exhibition is open through July 25th, It’s worth as visit if you are passing through London this summer!