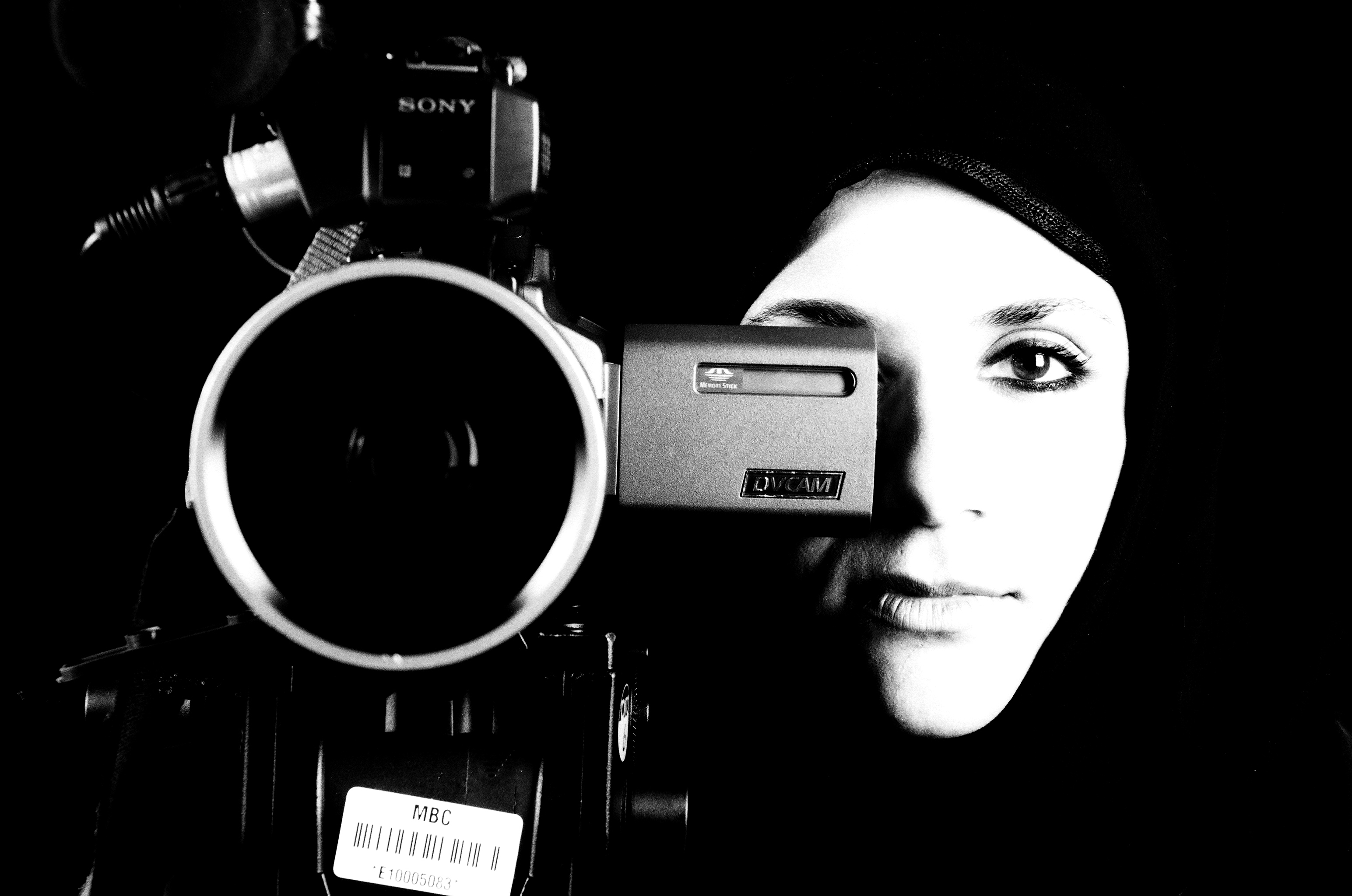 Rojas + Rubensteen Projects in sunny Miami opened I Am Here: Manal AlDowayan this weekend. It is a unique combination…far from the intellectual hub of New York, the divides that often pervade the worlds of Jewish and MENA region art collectives merge in this new space, challenging perceptions and racial confines. The press release begins with this confrontational tone, stating, “on the heels of the inauguration, personhood will not be denied, concealed in fabric, or turned into a number on a registry.”

“on the heels of the inauguration, personhood will not be denied, concealed in fabric, or turned into a number on a registry.”

Manal AlDowayan (b. 1973) delves into language and personal histories through photography, installation, and mixed media using neon and video, predominately in black and white. She works between her birthplace of Dhahran, Saudi Arabia and Dubai, UAE. Her work focuses on womanhood and memory, rooted in the impact of oil and media on Saudi Arabian perspective. 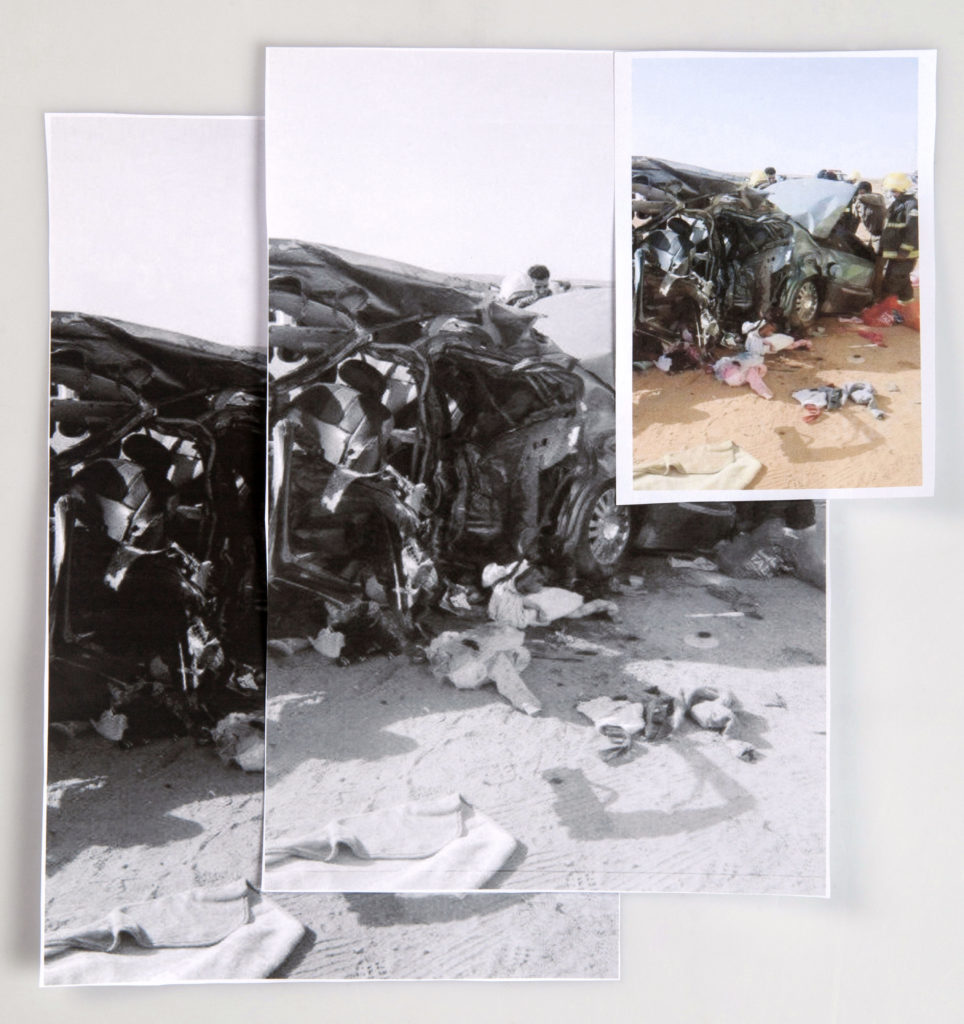 The artist incorporates many aspect of female empowerment, from women designated craft-makers in the Arabian Peninsula to city-based careers. In her own statement, the I am series, “reassesses contexts of space and power, confronting the forces that dictate the rules of existence in her landscapes…many politicians and religious figures in Saudi Arabia have hijacked the dialogue of women and employment and turned it into an issue that threatens our Saudi identity and may lead to the loss of our Islamic faith.” Each “I Am” work features a different career title, attacking this chauvinist narrative. 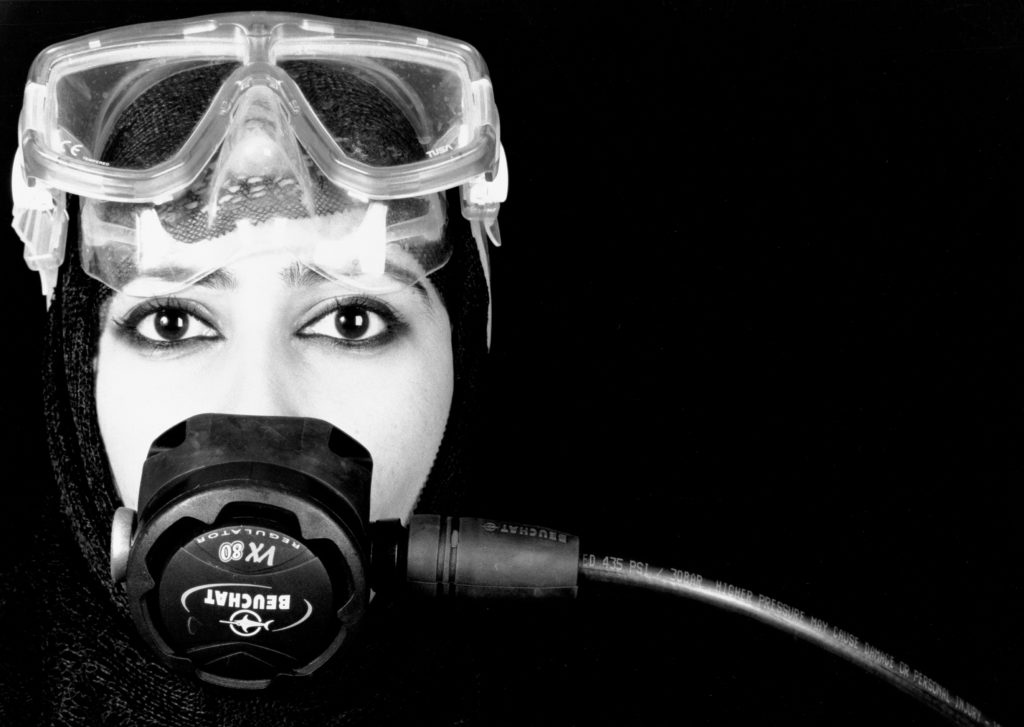 The push-back of these cultural implications are grounded in the use of Arabic script, with the language taken from the 10th century text, “Jurisprudence of a Language: The Secrets of Arabic” by Abu Mansour AlTha’alby AlNaysaboury. In this intensive review of language’s history, so too is the history of the contemporary Saudi woman called into question. The repetition of the words challenges the materiality of the stereotypes and labels applied to the represented figures, as well as imbuing them with a sense of permanence.

Not only is this art historical context significant in the arc of womanhood constantly clashing with the dialogue of Saudi Arabia, but it is also meaningful in a Western context. Given the tenuous political situation of recent events in the United States, the gaze on the Middle East has been troublingly racist and misguided. Furthermore, the Islamophobic rhetoric has been pervasive not just in an American context, but also specifically perceived as within a Jewish versus Muslim context due to tension regarding the Israeli-Palestinian conflict. That young gallerist Aimee Rubensteen and her business partner Eira Rojas are exhibiting AlDowayan’s work renders it that much more significant, as they are subverting and redrafting the narrative on women, fostering Middle Eastern bonds. “Acknowledging our differences, we all can nonetheless find commonality in our aspirations, in the importance of roots,” says the press release. These roots belong to us all.

Manal AlDowayan has shown around the United States, the United Arab Emirates, and Europe. Her art works are on view as part of the collections at the British Museum, LA County Museum and Mathaf Museum of Modern Arab Art in Qatar among others. The artist is currently pursuing an MA from the Royal College of Art.