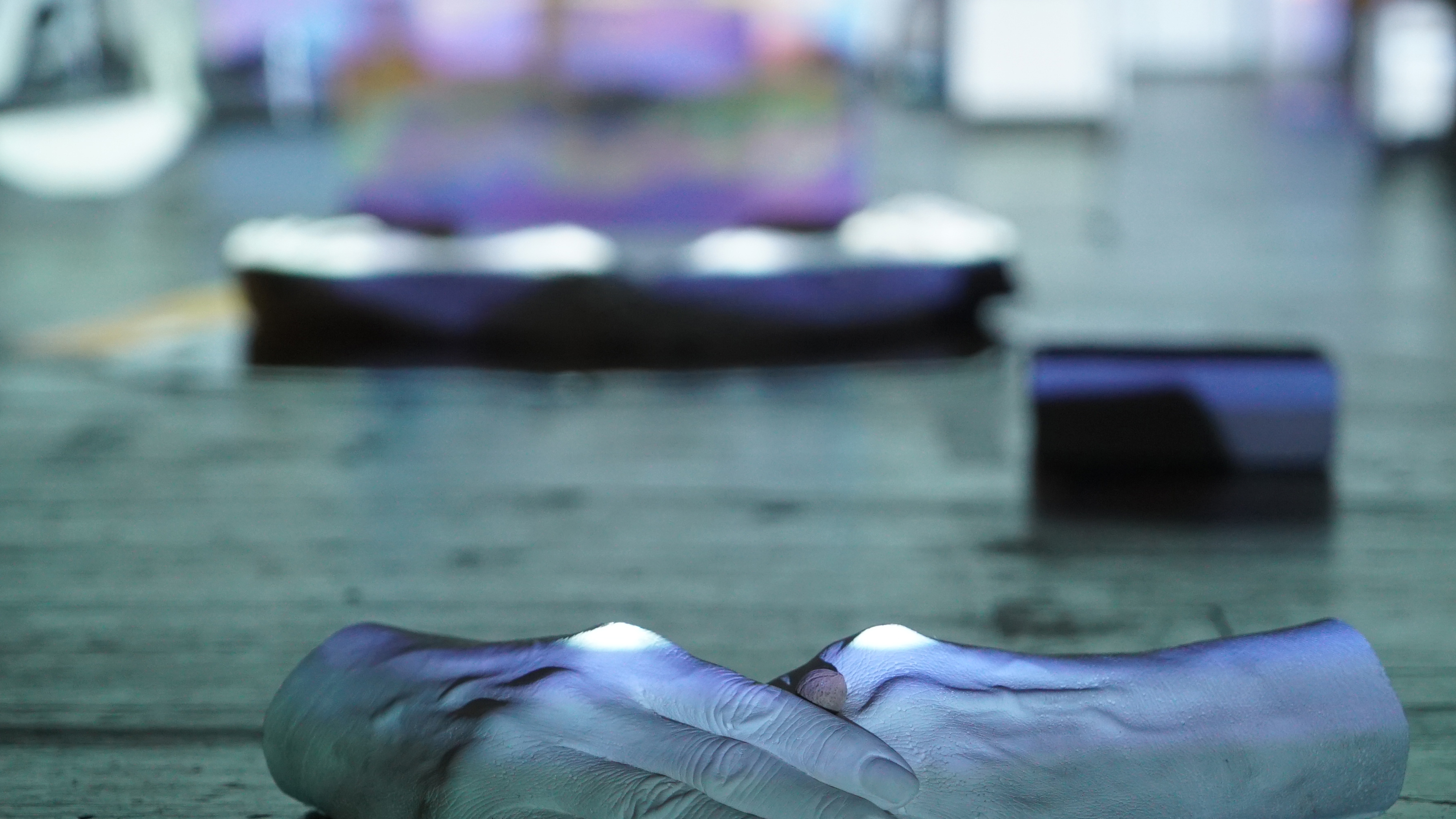 Brought on by the over saturation of information in our present day, exploring archives has become a popular topic for contemporary artists. How does one position oneself in relationship to historical archives? What happens when the archive itself is dust-ridden, fragmented, or unrealized? Su Yu-Hsien and Cici Wu have created two immersive and interconnected worlds as an attempt to grapple with these challenging questions for “A Disappearing Act,” on view at the artist founded non-profit Triangle, in Brooklyn. The works in the exhibition do not provide clear cut answers, instead they call attention to research, ongoing process, and the profoundly ungraspable nature of time and memory. 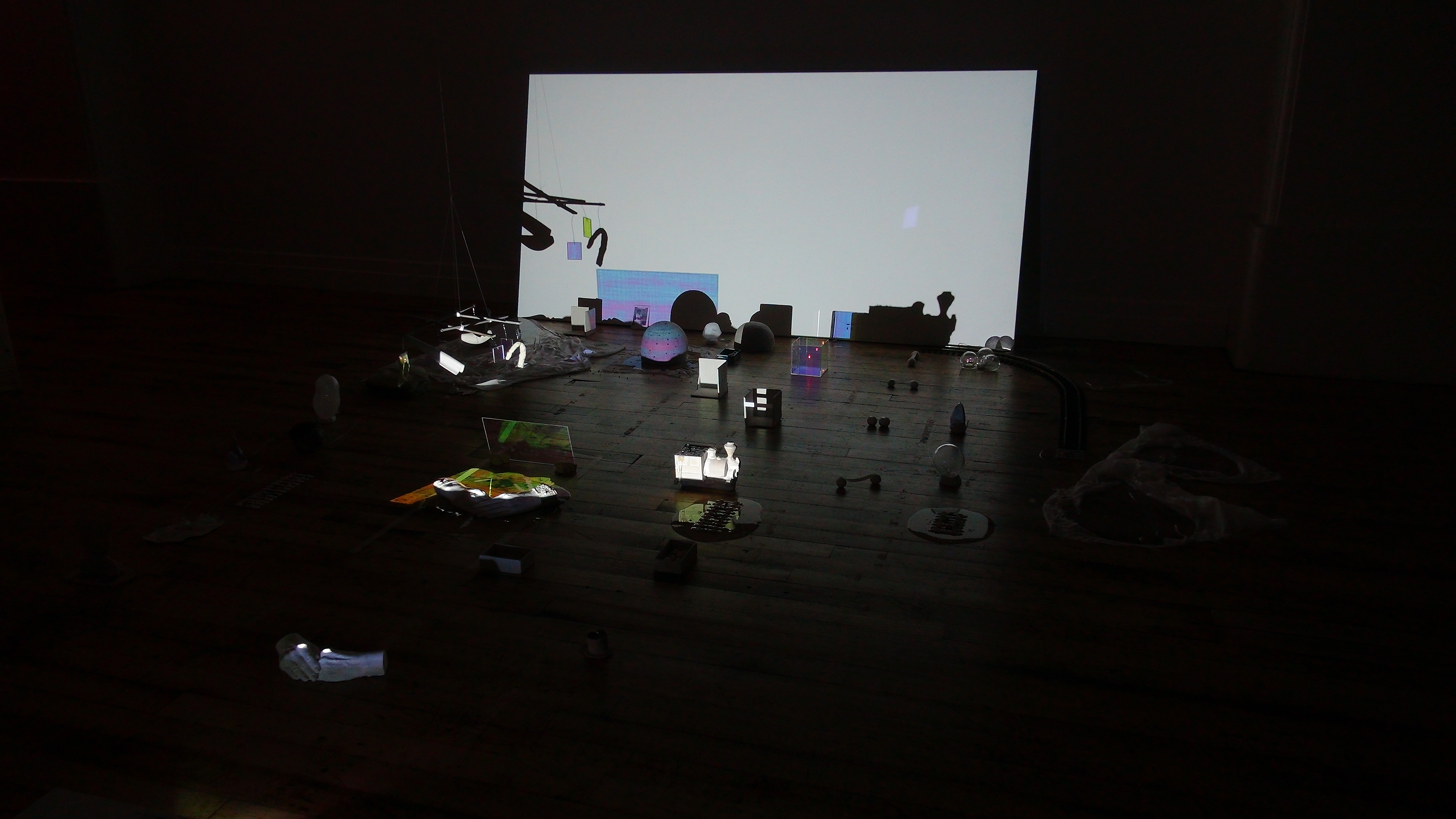 A flickering display of light and shadow, materiality and translucency, New York-based artist  Cici Wu’s “Untitled” is comprised of two parts: a large light projection on the back wall, and an array of hand-made objects strewn on the floor. Through researching archival materials surrounding “White Dust from Mongolia,” an unfinished film by Theresa Hak Kyung Cha, the work is a reconstruction of the latter’s original conception. A Korean-American artist, novelist, and filmmaker active in the 70s and 80s, Cha’s life was tragically cut short in 1982, her uncompleted project frozen in time. Using a quirky device of her own invention, Wu recorded the changing intensities of light from Cha’s only surviving 30-minute footage, juxtaposing it with objects and images that correspond frame-by-frame to the film’s storyboard—a delicate pair of plaster hands, a faded photo from a newspaper’s missing-persons column, a slowly-turning mobile of colored glass panes.  The fragmented piece lies between arrest and motion, ghostly apparitions and incessant retreat. The interplay between different textures and materials, shimmering lights, and temporalities leaves the viewer with a sense of ambiguity. 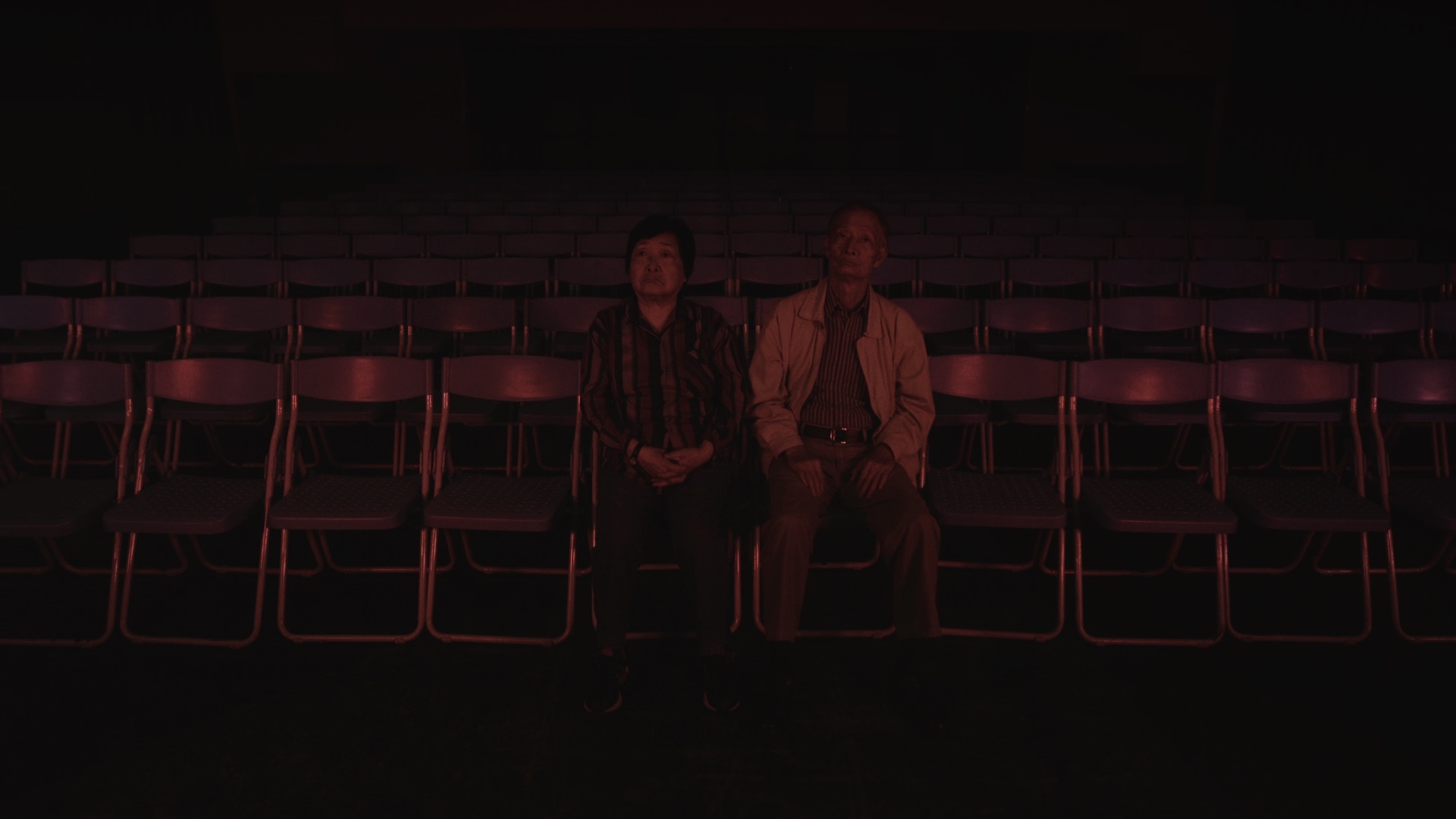 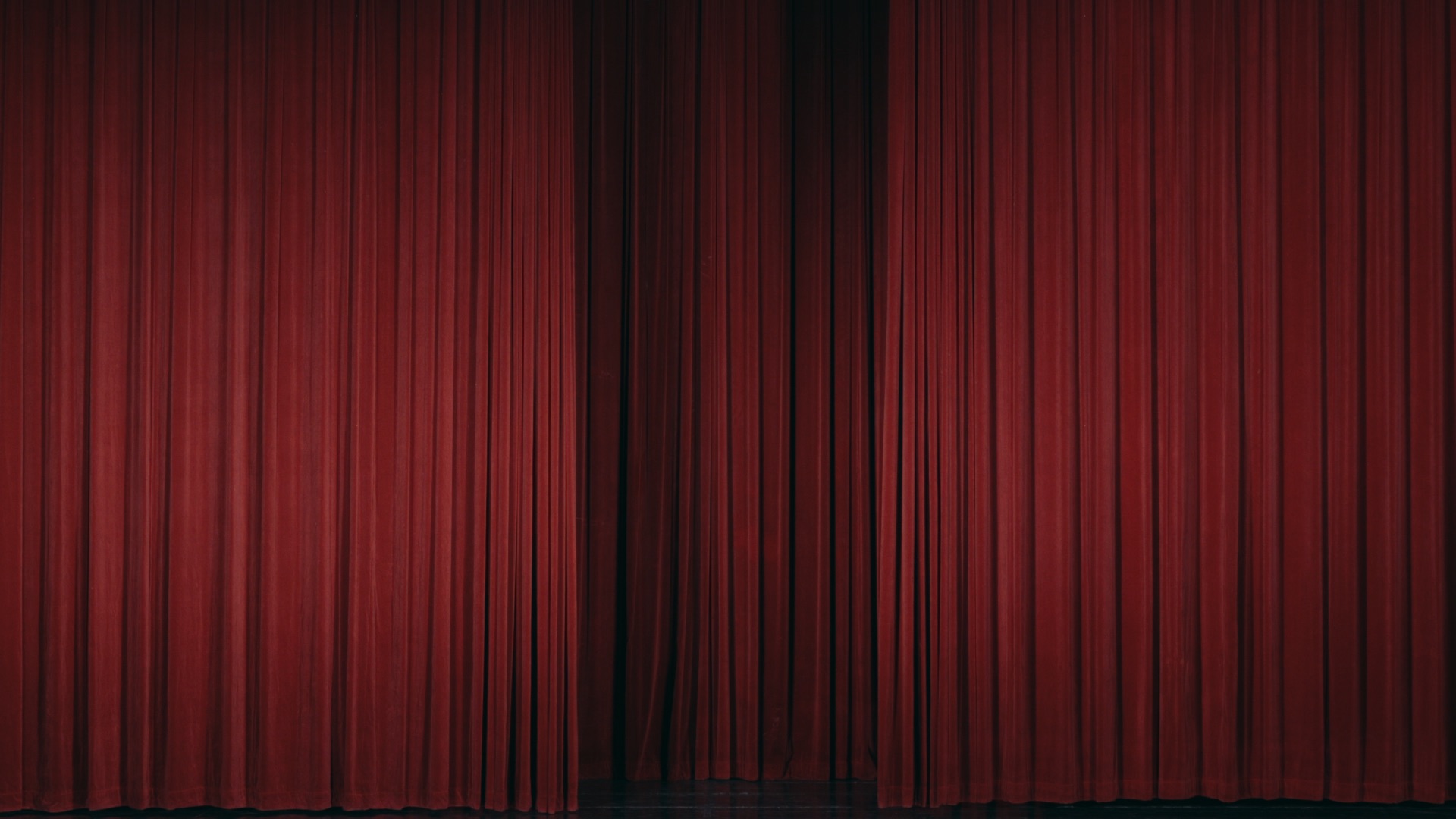 Su Yu-Hsien, an artist hailing from Taiwan and showing in New York for the first time, takes a different approach. In a curtained room within the exhibition space, Su’s two-channel film installation stages a reenactment of “Prophet“, a play written in 1965 by Taiwanese playwright Huang Hua-Chen, whose artistic and literary achievements have now sunken into relative obscurity. As red velvet curtains gradually pull apart in one video—only to reveal more layers of curtain behind layers—an elderly couple quarrels in an otherwise empty theater. The heated dialogue highlights the discrepancy between the man’s self-illusions of grandeur as an avant-garde artist, and the mundane reality of his failure to achieve (to his wife, all his novels, paintings, scripts, and architectural blueprints are nothing more than ‘bullshit aesthetics’). Presented in the form of an absurdist ‘anti-theater’, the film reveals contradictions within modernism itself, as well as the impossibility of importing a Western transcendental man to the social-economic structure of post-war Taiwan.

In framing the exhibition around the theme of “disappearance”, curator Xiaofei Mo blends the poetic and political—seemingly irreconcilable terms in today’s climate—into one open-ended rubric. Whether physically or metaphorically, the act of disappearance can be seen as a performative strategy, in which the subject is able to not only draw attention to oppressive structures, but also effectively evade them. 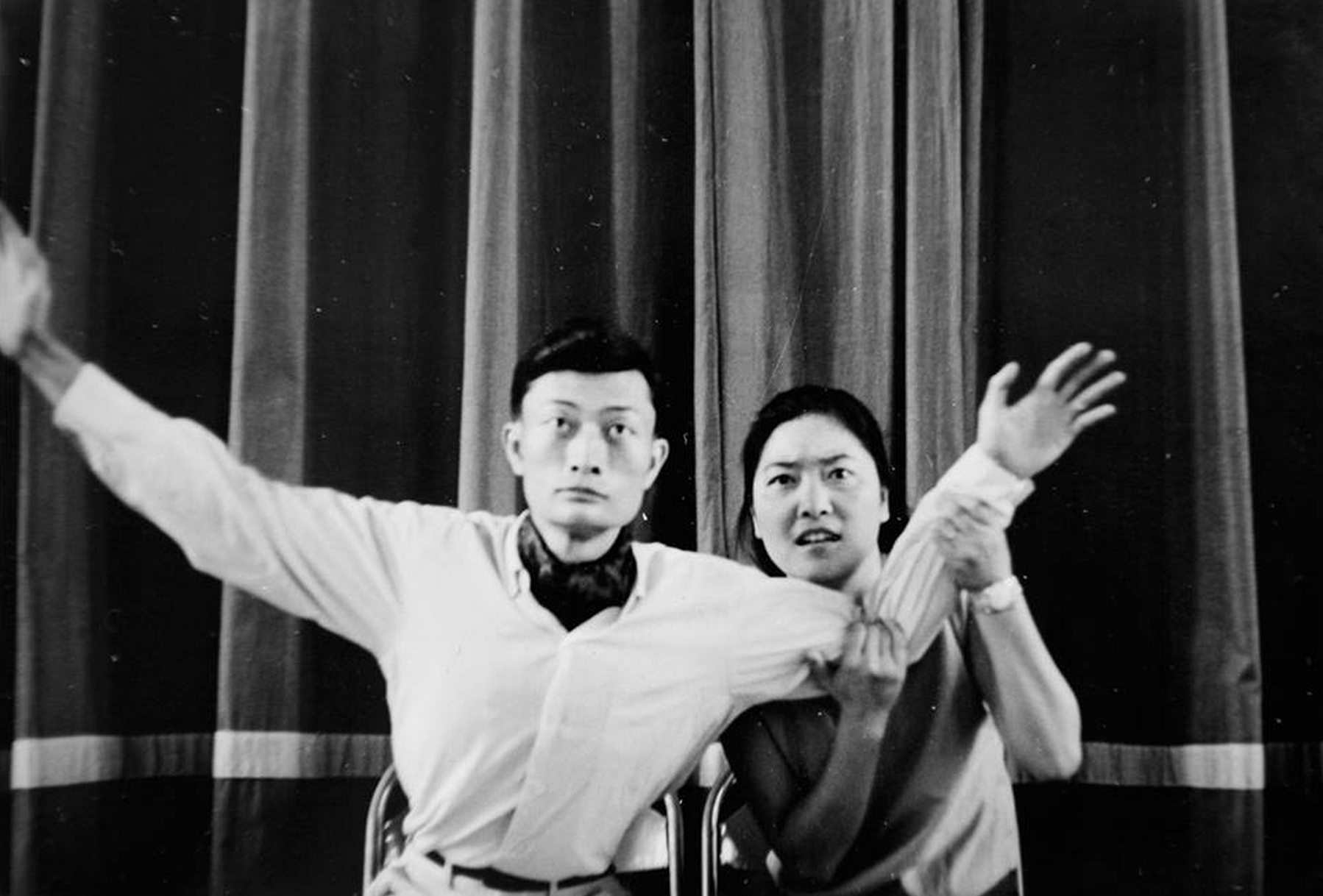 For Huang Hua-Chen, disappearing from public view was a consciously performative act integral to his practice, which, along with his satirical declaration that “Prophet” was “possibly the worst in Chinese-language plays”, deliberately eroded and diffused the notion of authorship and heroic individualism. Similarly, if Su’s resurrection of that particular moment in the history of Taiwanese theater placed Huang back in the spot-light, his act of restaging nevertheless points to how the self-contained entity of originality is further punctured by reinterpretation and the small transformations therein enacted.

In “The Aesthetics of Disappearance“, Paul Virilio talks about how photographic technologies may accidentally capture ‘absent’ moments of the everyday, as something akin to feelings of vertigo or epileptic fits. As someone who is “obsessed with feelings”, Wu is interested in bringing affective experiences back into an expanded cinema primarily occupied with technological discourse. Although each scene is materialized as a disparate object and organized in a certain order, somehow our physical-emotional interactions with them escape chronological order. Take from the work what you will, a miniature city of memories, or an abstract machine that churns historical materials into playful reimagining and quiet resilience.

For both artists, it is not a matter of establishing artistic lineages via reworking, but rather one of finding affinities with figures embedded in history, thus opening up unexpected networks of connections and belongings. Wu discovers in Cha overlapping terrains: the itinerant identity of immigrants, female subjectivity, and the aesthetics of abstraction, while Su finds in self-effacement, satire, and historical reference a way to bridge theater and cinema. Both works constitute small, sensual ruptures within the technological seamlessness through which we experience time.

Writer, Cultbytes Freelance writer, avid instagrammer, and artist-when-there-is-time based in New York. She is currently pursuing a MA in art history and curatorial studies at Columbia University. She is interested in the intersection between the performing human body, digital landscapes, and opticality. l igram l