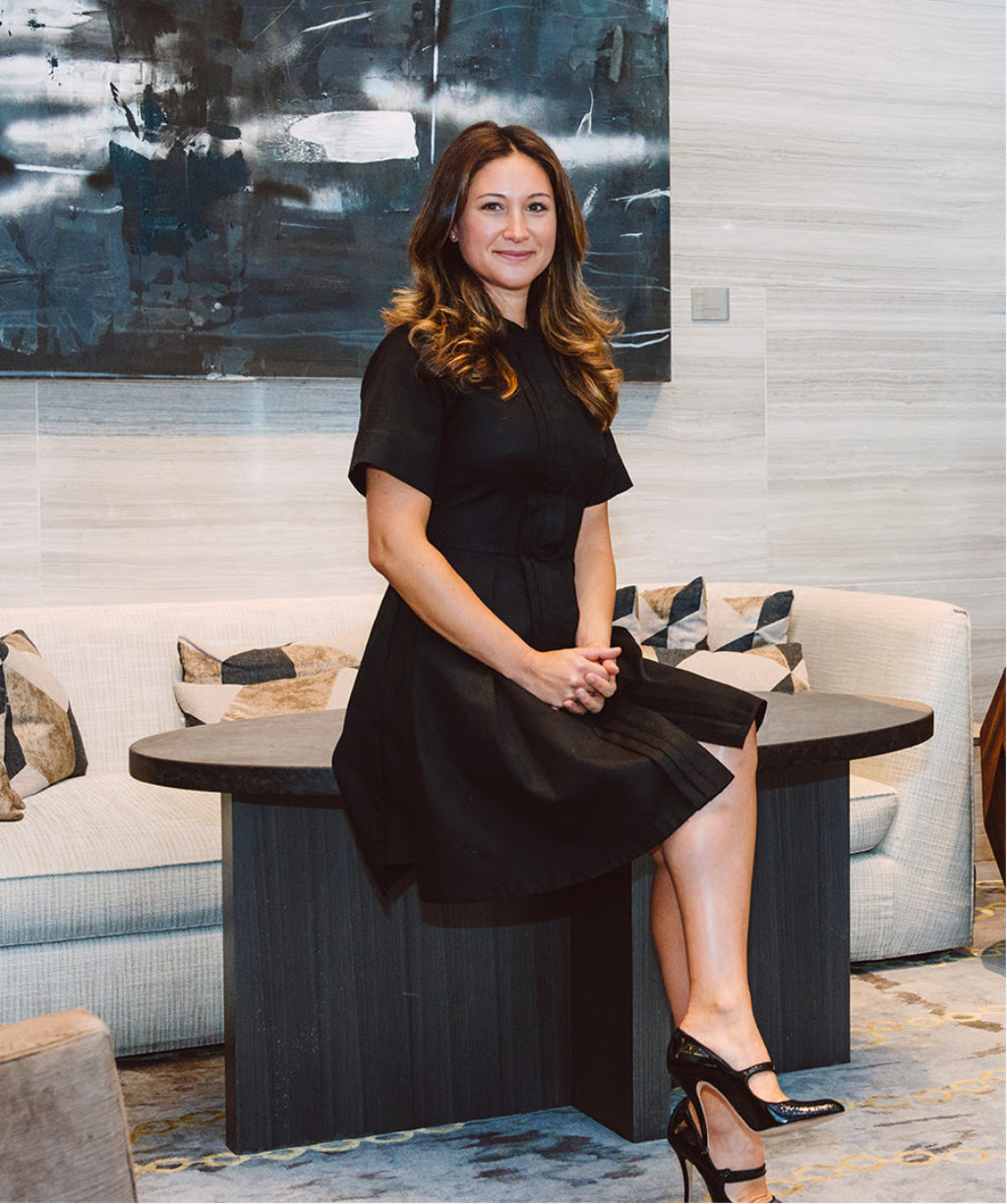 In a tastefully decorated small open-plan office on Madison Avenue between 68th and 69th streets the art advisor Erica Samuels works, together with her team, to help clients acquire, research, and curate art. Having an art advisor is, in her own words, “having an advantage.”  The dynamic selection of works by George Condo, Martin Puryear, Kaari Upson, and a mirror by Nicolas Party hanging on the walls of Samuels Creative’s office, serve as an example of her good taste. Samuels left her position at a blue-chip gallery in 2007 and has since worked on projects for ONE57, the Dream Hotel, Gem Hotel in Manhattan, the Eliot Hotel in Boston, the St. Regis Hotel, Aspen, the Park Hyatt flagship hotel in New York City, and many prominent collectors. Clients appreciate her kind and open demeanor and confidence. She is assuring without being intimidating. I would know, as she is my boss.

I took some time to speak to Samuels about how she came to work in the art world, what it means to be an art advisor, and which three artists from the past she would invite for dinner.

Nina Blumberg: What do you think the benefits are of having an art advisor or consultant rather than collecting work on your own, whether you’re an individual or a company looking to buy art?

Erica Samuels: Having an art advisor is really about having an advantage. It is someone to do the “homework,” which is the catalog research, compiling the market history, negotiating the costs, registrarial duties and installation logistics, insurance, any conservation that might be needed, and more. It is having someone to help you make smart decisions. 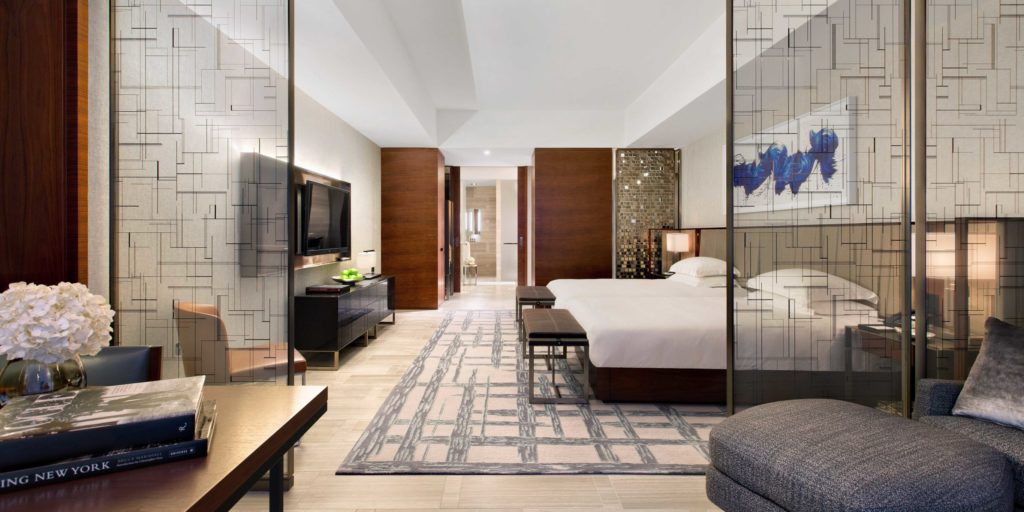 NB: We sometimes joke in the office that you go on “Art Safaris” to find artworks for clients-

ES: [Laugh] maybe it’s “treasure hunting.” I have heard the art adviser Mary Zlot call it getting your “Eye Miles.”

NB: [Laugh] What inspires you? How do you come up with ideas for clients and/or curatorial projects?

My ideas are generated by the things I am seeing, conversations with clients (don’t forget to LISTEN, LISTEN, LISTEN), and also my colleagues. I rely on the dealers, specialists at the auction houses, curators, other art advisors, and collectors that I know to be my thought partners.

NB: Most people begin their careers in the art world by getting coffee or gallery-sitting, you, however, curated a show. Tell me more.

ES: Yes! In 1999, I organized a show of colorful silkscreens by the artist Peter Gee. Peter worked with Warhol for a time and was a seasoned screen printer. I happened to meet Peter in Soho where he had a space and wanted to do an exhibition, so we got organized, selecting works and having them framed, and we tried to promote the exhibition with word-of-mouth and hand-delivered invites. (This was pre-email invites). Luckily, the space was right on West Broadway where the NY art scene had once congregated, and lots of people turned out for the opening. Peter sold a few things. I’m pretty sure I lost money organizing the event, but I loved the interaction with the artist, the collectors, and the gallery community. 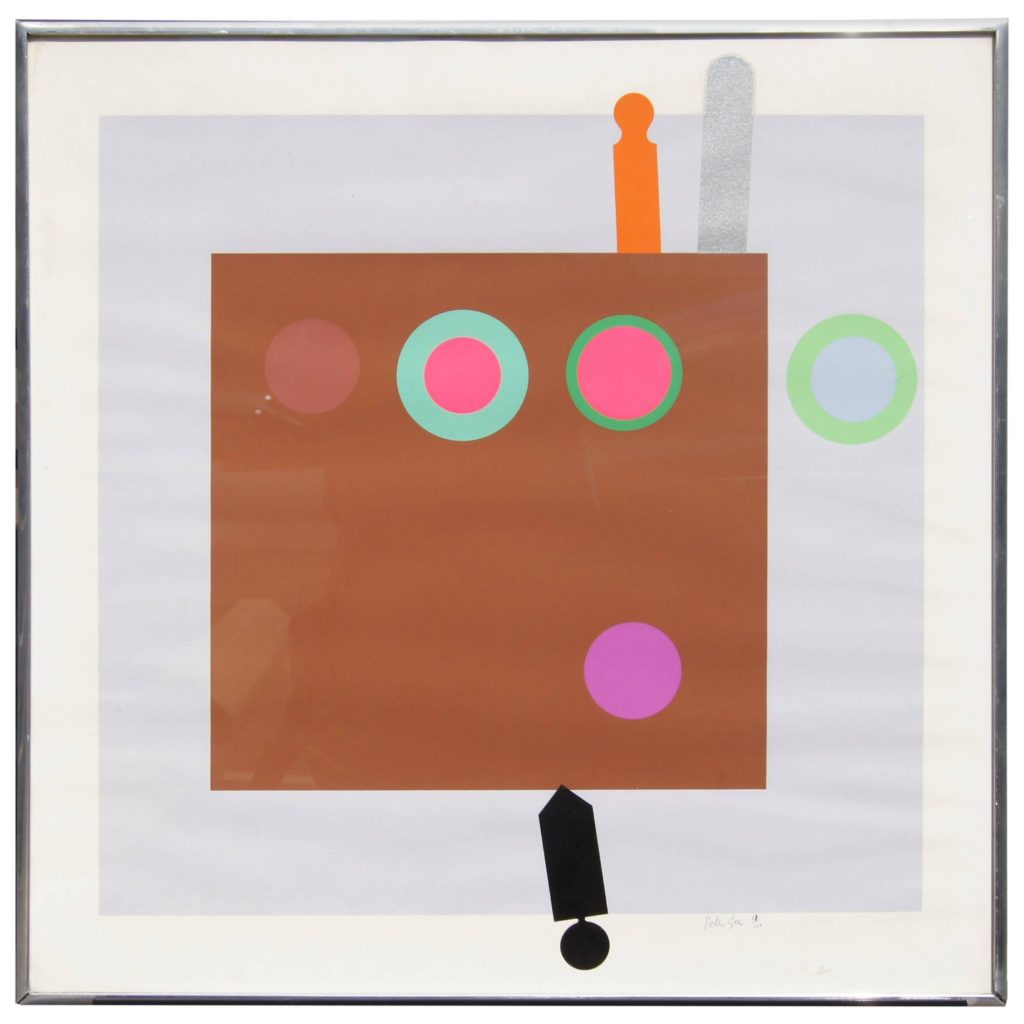 I had a “real” job at the time, working at Yahoo!, and it wasn’t until after the Twin Towers fell in 2001 that I decided the art world was really where I needed to be long-term.

NB: Shortly thereafter you enrolled in Christie’s Masters Program in the History of the Art Market, Connoisseurship and Modern Art. How did you get your art career started?

In 2003, I got a job (an internship really) at Mitchell Innes and Nash uptown. I remember sitting at the front desk for an incredible little Lichtenstein/Matisse show. I would get a little giddy when a collector would come in and ask me for a checklist. One time I even got to chat with Jeff Koons one-on-one. That’s how my career started, like so many of us, sitting at the front desk, answering inquiries, sometimes answering phones, inputting data into ArtBase, always getting coffee, often filing transparencies and organizing books. 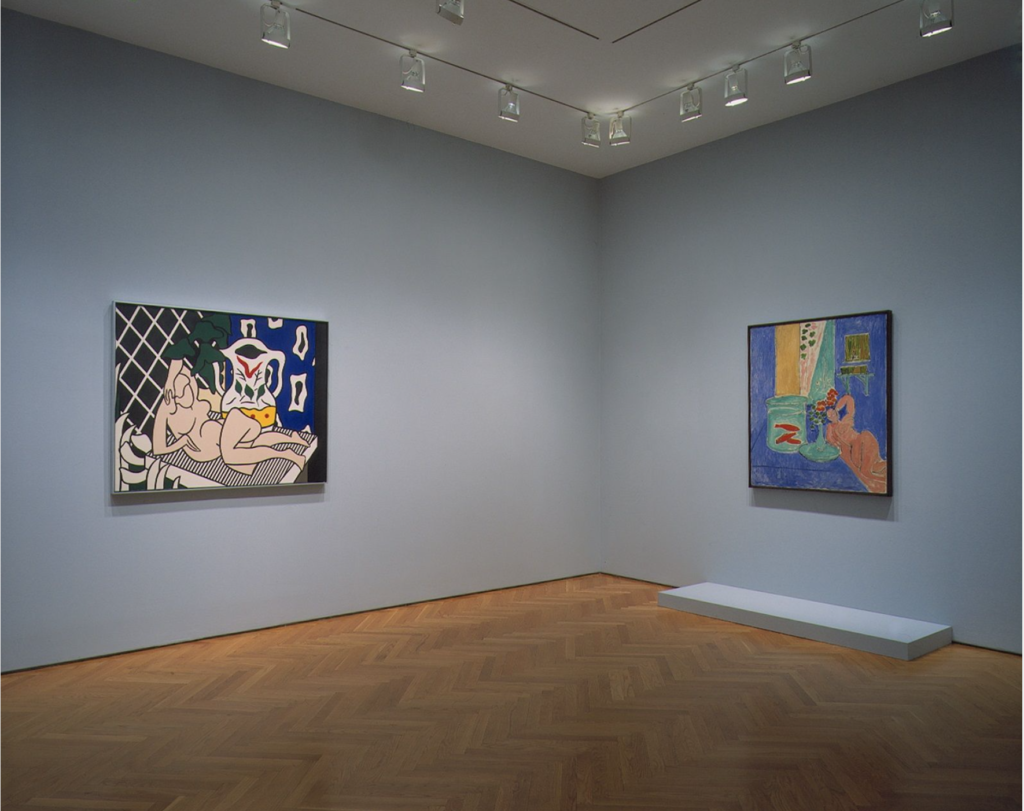 I worked at a few more galleries and had some great experiences getting to know the gallery life, understanding what goes into an artist’s career, the importance of the art world microcosm– from artist to dealer to critic to museum curator. Matthew Marks is a genius at installations. I would stay late to watch him install. And then, at Bellwether Gallery, I was very lucky to work with artists on their exhibitions, manning the booth at various art fairs, and seeing lots and lots of art.

Having a good “thought partner” in the art world is a necessity.

NB: And then what?

Eventually, I was ready to actually begin advising clients and work as a consultant. I broke out on my own, with an incredible partner named Rachel Greene who had been at the New Museum. Seeing the writing on the wall and the changes in the market I left my position as director of Bellwether in mid-2007. Rachel and I started Art & Advisory — what one reporter from the Observer called, “a cleverly named business”– with one big sale at Art Basel Miami, a very complete business plan and a dream to help connect art lovers with artworks and hopefully educate in the process. Rachel had the museum and curatorial experience, and a few key Hollywood clients, and I had the art market background having been in sales for years. We were a formidable team even though the market downturn in 2008/2009. We worked smart together. Having a good “thought partner” in the art world is a necessity, and Rachel was a gift. I still speak to her weekly. 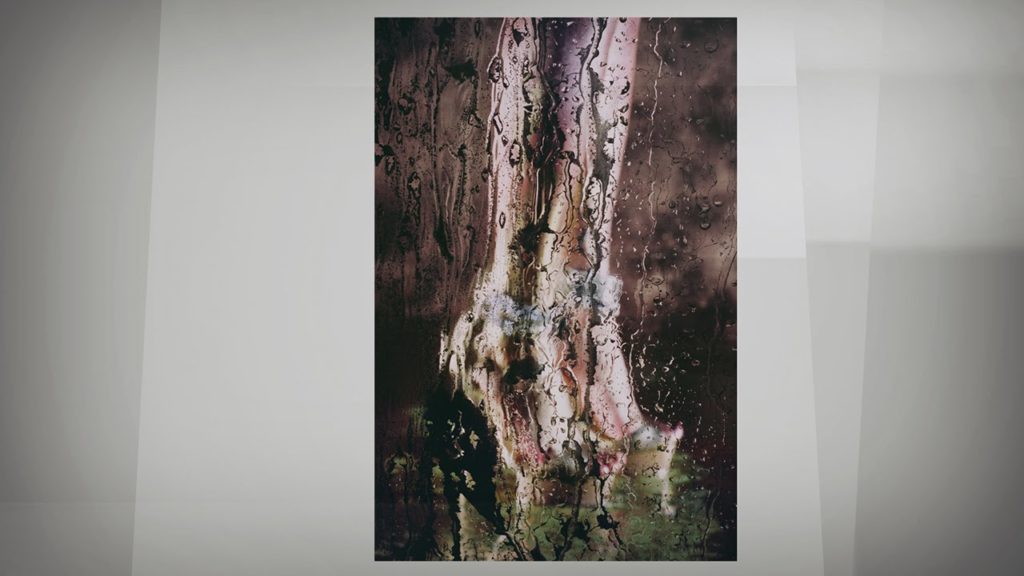 Marilyn Minter, Liquid Sky, C.Print, 2010. This work is included in Dream Hotel Downtown’s art collection curated by Samuel’s Collection and is on view in the Electric Room.

NB: Surrounding yourself with good people is so important. I’ve been working with you since I arrived in New York in 2013. I consider you to be more than just a boss- rather, a mentor; a strong female figure that I hope to model myself and my career after in the coming years.

ES: Thanks! That is incredibly meaningful to me Nina! You know I want to put good people out in the world. I love that my previous employees and interns have gone on to great things in the art world.

NB: What has Samuels Creative worked on lately project-wise?

ES: Over the past few years, we have been hard at work on several large-scale hotel projects while simultaneously helping to build some pretty amazing personal collections for our individual clients. I also did some independent curating at the Park Hyatt hotel in NYC. They have this incredible gallery space called The Avenue, and over the past year, we did a series of 4 shows under the heading of SOURCE: — “SOURCE: Nature,” “SOURCE: Color,” “SOURCE: Code” and “SOURCE: Storyteller” with Simone Shubuck, which is currently showing through August. 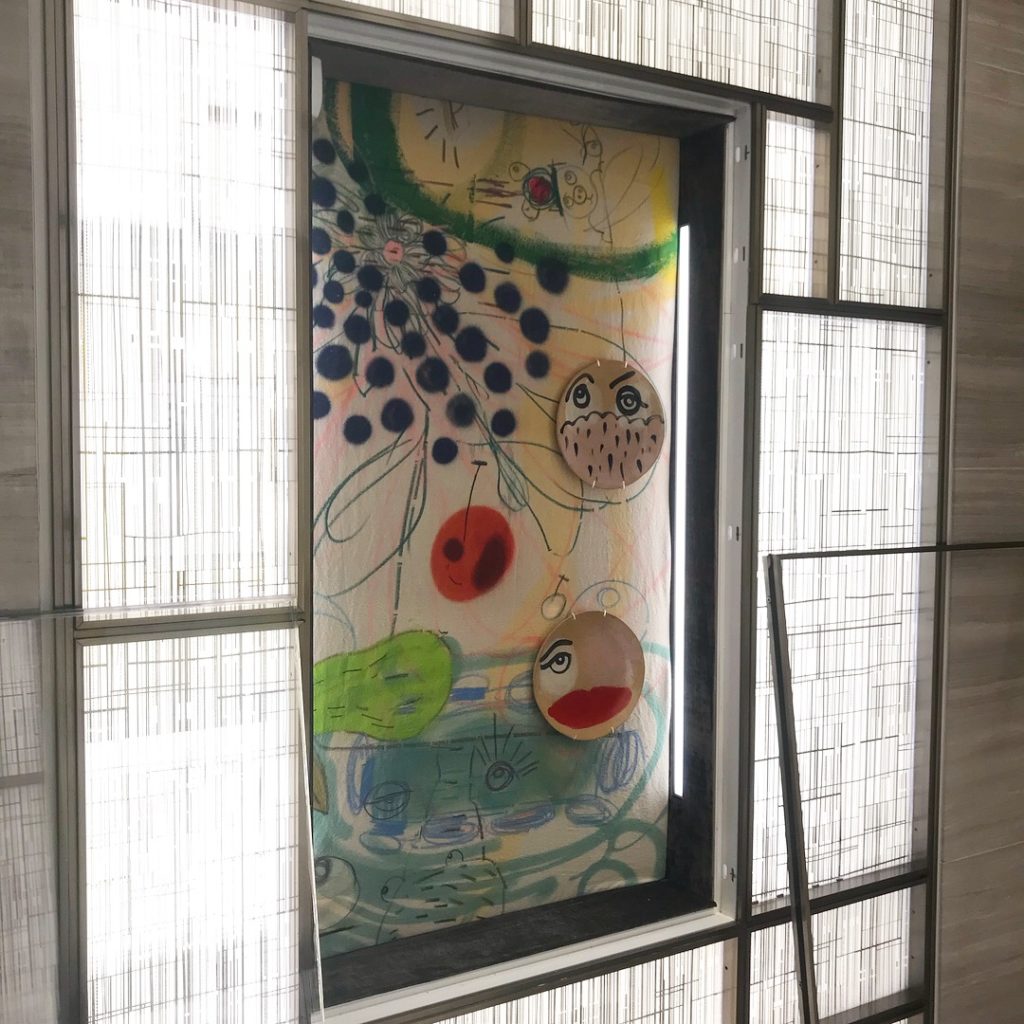 NB: A growing trend is that people are more comfortable buying or selling work at auction than through the gallery system. Why do you think that is?

ES: There are several reasons, all very valid. Auction houses offer a certain degree of transparency. The negotiation is right out there in the open. No back and forth, no turning back. Granted there are shades of transparency, and there have been situations historically where buyers balk. There are always things going on behind the scenes that the public isn’t necessarily privy to. Ultimately, the auction houses have huge reach and depth of historical buyer’s knowledge- they have the manpower that smaller art advisers or galleries might not be able to offer.

NB: What’s the most exciting artwork you’ve ever sold, and/or your favorite project?

ES: Tough question. I have been very lucky to place some amazing, important works in well-suited collections. I really enjoyed working on the acquisition of an Alexander Calder 1955 mobile called “Sumac,” for example. The hotel projects are also very satisfying. In addition to the Park Hyatt, New York, we consulted for the Dream Hotel downtown and a few others that are currently still in progress– Dream Nashville and Park Hyatt, Los Angeles are some highlights. 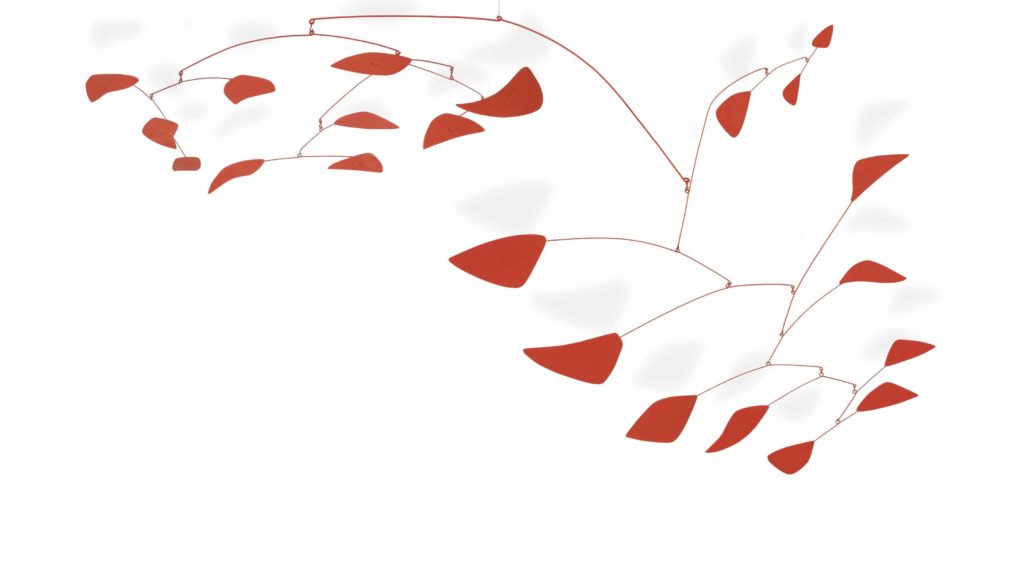 NB: Who are some of your favorite artists?

ES: I like most artists. Pick a year, time period or movement and maybe I can narrow it down… My personal taste runs from gestural to hard edge to irreverent to minimal. I’ll start at the top but the list goes on and on: Pablo Picasso, Yves Klein, Alberto Giacometti, Ellsworth Kelly, Donald Judd, On Kawara, Joan Mitchell, Willem De Kooning, Marcel Duchamp, Sam Francis, Cy Twombly… Maybe cut me off there. And more contemporary artists I like at the moment include: Mary Corse, Kaari Upson, Nicolas Party, Martin Puryear, George Condo, Danh Vo, Spencer Finch, Pamela Jorden, Rashid Johnson, Lisa Oppenheim.. Ok .. Not sure I can definitively answer this question.

NB: If you could have dinner with 3 artists from the past- who would they be?

Impossible question, but OK, if I had to choose… It would be Yves Klein with his wife Rotraut (who is still alive) and Pablo Picasso with Marie Therese Walter and Sonia and Robert Delaunay. Couples dinner, in Paris.