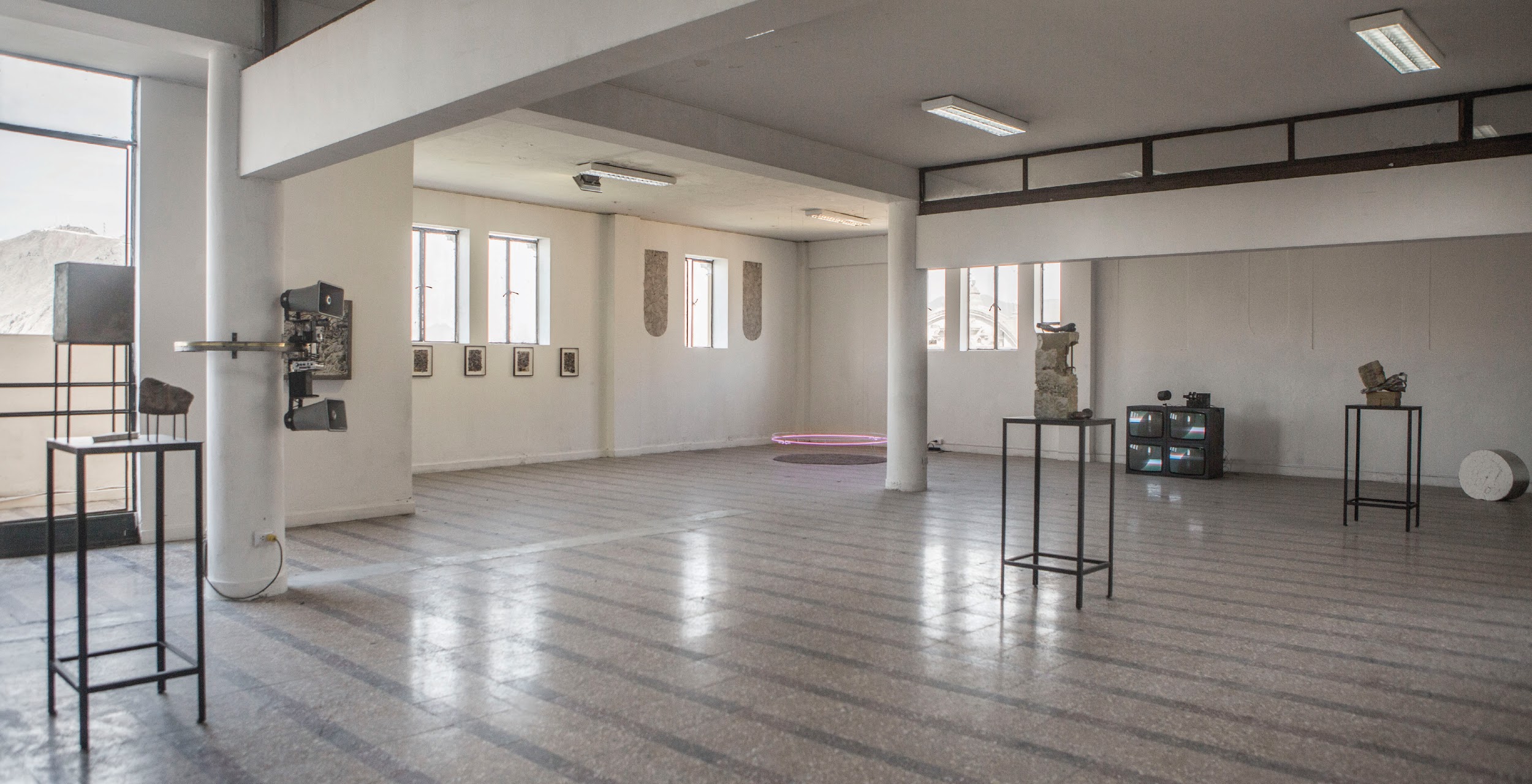 Just traveling to Non Space, the exhibition curated by Silvana Lagos, is an experience in itself. After hurtling through the famously chaotic Peruvian mishmash of traffic, the cab drops me on a street corner in the historic center of Lima, leaving us to frantically push through the cramped and polluted capital’s streets toward Revolver Galería’s new address. The smell of grilled anticuchos (cows heart skewers) and picarones waft invitingly through the car window, laying the groundwork for a striking change in location for the Limenian gallery. The journey signals a fresh perspective, blows out the cobwebs before even setting foot inside this exciting new show, contrasting the monotony of sterile white cubes the world over.

The show groups what at first may seem like an incongruous culture clash of five Peruvian and six Swedish artists, all working from disparate corners of the globe. Conceived and curated by Peruvian but Swedish based Lagos, the show exists in the newly inaugurated off-offsite project recently undertaken by Revolver Gallery.

…the exhibition quite poignantly suggests the ever-present underlying tension of space, between the haves and have nots.

The gallery’s move to house the 10 artist-strong exhibition in the center of Peru’s capital is a particularly bold decision, already exposing underlying principles of the ‘in-between’ within its expanded walls. Negotiating the shift from the gallery’s original and roomier location, it is situated on the second floor of a 70s disused commercial space. Backing onto the palatial Presidential Palace, a colorful broken collage of unauthorized settlements creeps up the adjacent hill, the exhibition quite poignantly suggests the ever-present underlying tension of space, between the haves and have nots. Geographically and politically, this visual backdrop insists visitors immediately begin to negotiate the ownership of space. Who has it and why. Spread across the interior and exterior, a dozen or so artworks, grapple, as the exhibition’s title suggests, with philosophical and political notions of ‘non-space’.

Presenting works across multiple disciplines, the plurality of this multi-dimensional voice permits a holding space for the underlying tensions of the “non-space”, serving to inhabit voids in liminal and physical space. Notions of this inquiry explode into perceptions of “folding” literally and perceptually. Impressions of confinement, reactions, and conclusions speckle the viewer’s inner landscape, coming to generous conclusions.

Susanna Jablonski’s cavernous circular neon hangs low, pulling you in unconsciously toward its womb-like orb. Once close, the nostalgic and overwhelming aroma of dried lavender piled beneath hits. This aromatic quality, quiet and solemn, adds a previously unnoticed sensory dimension. The Stockholm based artist, whose work exists at the intersection of cinematic, sculptural, and aural experience here lulls and weaves a magpie-like physical pull. Drawing you sequentially into her meditative interior world. Sensory and visceral, her accompanying paper towel works play with seemingly discarded and delicate materials using stacked chunks of tissue paper, stuffed and constricted into circular metallic, vessel-like spaces. The charm of working with the overlooked isn’t lost. These container-like sculptural works titillate, making you wonder how such a solid obstruction can be conveyed through the manipulation of featherlight materials. These propose a shift in discourse initiated by the heaviness of Ishmael Randall-Weeks adjacent concrete sculptures, presenting a stark tension between hard and soft.

Four stacked box format televisions sit next to Jablonski’s work. Juan Salas Carreño’s video installation at first glance appears like a modern take on surveillance security via the lens of experimental or dada film of the 1920s. On the screens, negative space acts as a visual record, tracking the viewer using CCTV on the left side of the structure. What seems obscure at first sight rebuilds itself visually upon closer examination, exposing what makes the image to the viewer. By working with widely available surveillance tools, he by proxy captures and multiplies IRL movement acting as a visual record of the exhibition.

Bleeding onto the viewer’s visual radius the monochromatic waterfalls of Nathalie Djurberg and Hans Berg pulsate throughout the space. The stop motion film creates dynamic changes in light and atmosphere. By contrast, Jorge Eielson’s paintings attempt to break from the two-dimensional surface of the canvas in a search to expose four-dimensional space –  similar to Lucio Fontana’s Concetto Spaziale (Spatial concept). Carreño’s video installation and Djurberg/Berg’s films seem to deal with similar concerns manifested through the motion and duration of their films. In the case of the former exposing the subject of the film to be affected by whatever atmosphere happens around its negative space.

A reverberating internet definition of space echoes from a constantly moving megaphone situated in the center of the room. Jose Carlos Martinat’s monotonous sound contraption reminds us of the wider sound pollution experienced throughout all corners of the city. Bouncing repeatedly towards Hans Anderson’s fractured and mosaiced collages.

Reflecting back on the creative synergy expanded through Non Space, now feels deeply poignant as Peru enters its 9th week of quarantine. The light washing and pouring generously through the windows, framing the air around the works, each disturbing the space between. In hindsight the richness of the show, takes on new meaning within a nation in lockdown, representing the past precariousness of our tightly overlapping lives within a world we used to inhabit. 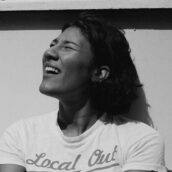 Guest Contributor, Cultbytes Lotte Andersen is a British artist living and working in Lima. Her work forms an investigation into group dynamics, durational performance, body politics, trauma, euphoria and release. She considers sound and video physical objects in space, working with the idea that echoic (sound) memory is stored for longer periods than iconic (visual) memories. The viewer is often placed in the work, confronting the politics of taking up space, whilst simultaneously being part of it. l igram | website