Music & Art, A Perfect Match: The Bowie/Collector Sale at Sotheby’s

I’m the first to admit that I am not an art aficionado (clearly what every editor of a contemporary art magazine wants to read). However, I do know what I like, and I can confidently say that I like the newly renovated San Francisco Museum of Modern Art (SFMoMA). Allow me to walk you through the highlights. 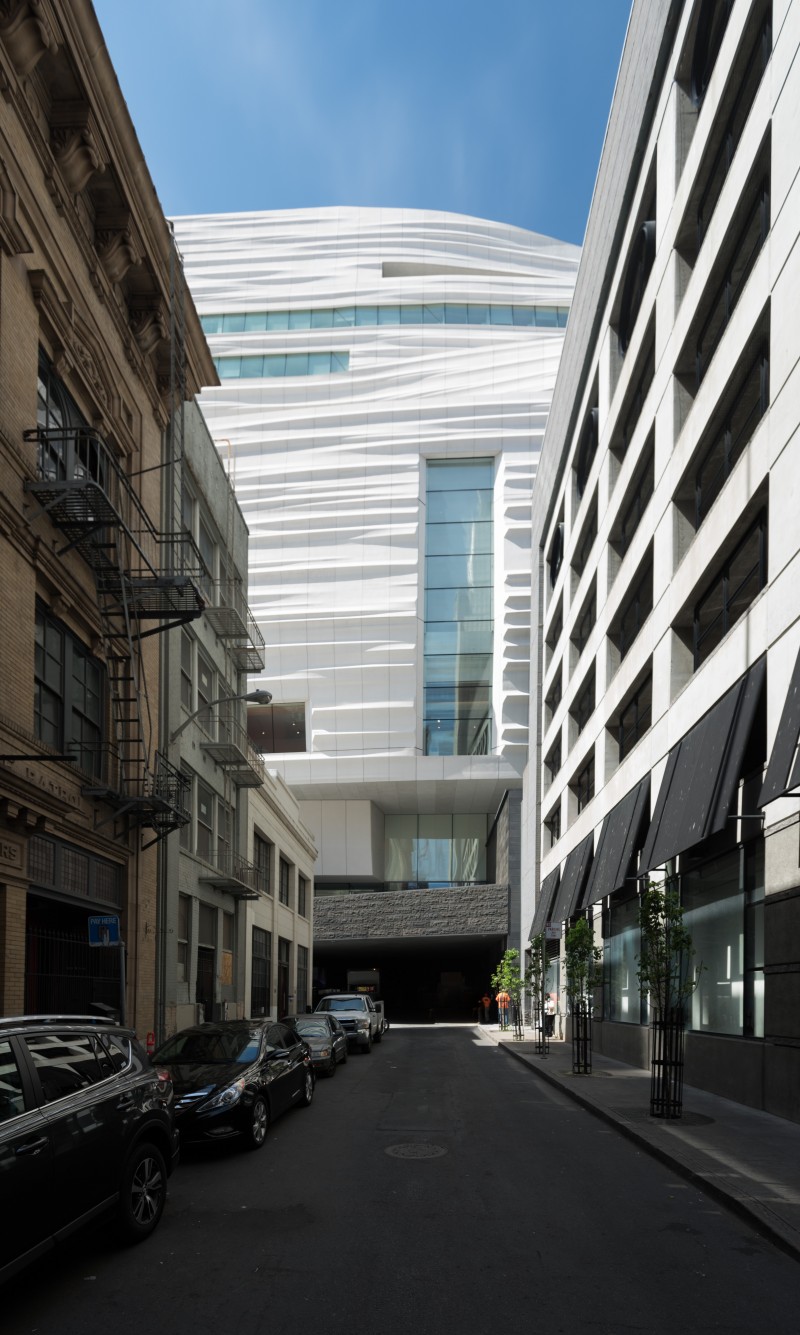 The new expansion as seen from Natoma Street. Silicate crystals from Monterey Bay are embedded in the surfaces of the facade panels to catch the changing light. Courtesy of Snøhetta.

SFMoMA recently re-opened after a six year long renovation. The museum hired Snøhetta to double their exhibition space and add outdoor areas. The expansion cleverly runs along the initial building that was designed by Mario-Botta in 1995. The result is a highlight extraordinaire! The Oslo based architecture firm is known for designs inspired by nature. The new facade mimics the ripples and movements of the San Francisco Bay. If Snøhetta sounds familiar to you, it’s the firm that is responsible for the Norwegian National Opera and Ballet in Oslo, as well as the entry way pavilion for the September 11th Memorial Museum in New York. The result is typical of Snøhetta’s clean and stylish Scandinavian design: open, bright, modern, and airy. The four ingredients you need to present truly amazing art. 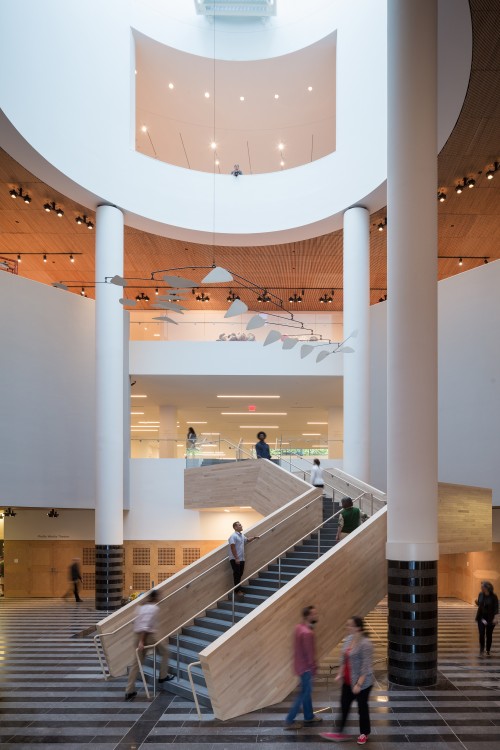 The Donald and Doris Fisher Collection

In order to cover what SFMoMA has to offer I’d need a weekly column for the next few years. Instead, I’m going to zero in on my personal favorite, The Fisher Collection. The collection is one of the world’s most extensive private collections of contemporary art. It was donated by Donald and Doris Fisher, the founders of The Gap Inc. San Francisco. The couple began collecting prints in the 1970’s, in an attempt to liven up their offices. From there, the collection expanded to sculptures, paintings, and drawings, now encompassing the impressive collection that inhabits SFMoMA today. Interestingly, they never used a curator or an advisor, they both agreed to only purchase pieces that they liked. Suffice it to say, Donald and Doris Fisher had impeccable taste.

So, you may ask, what does this spectacular collection entail? Of the 280 pieces that make up the collection, the earliest date back to the 1950’s; with mobiles from Alexander Calder, and various paintings, drawings, and sculptures from Ellsworth Kelly. The mobiles by Calder are a must-see. In addition to the breathtaking mobile that greets museum goers at the entrance. More are on display, in all their glory, in a white, naturally lit room. 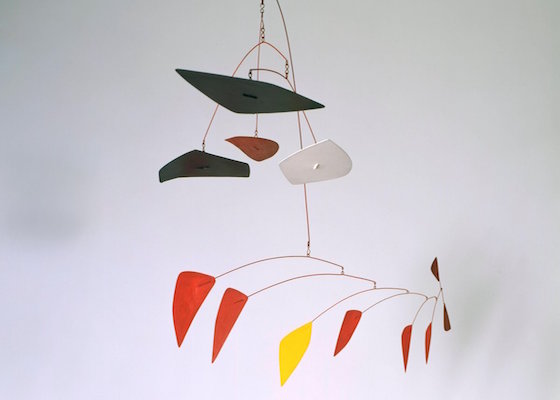 Of course, my heart belongs to the 60’s (I do live in San Francisco after all). Roy Lichtenstein makes an appearance  with some of his earliest drawings on display, running all they way up to his most recent prints. No self-respecting contemporary art collection would think to exclude him. However, this is not the pièce de résistance. Two words: Andy Warhol.

Everywhere you go in this world, Andy Warhol is there, whether it’s a cheap print that you can pick up at Ross or Marshall’s of Marilyn Monroe, or whether you’re wandering around Wynwood Art District in Miami looking at THE original soup can print that started off a craze that Warhol himself probably couldn’t have imagined. And to be honest, there is no art museum on this planet that has a contemporary art collection that doesn’t include Warhol. But this is one of the more extensive collections I’ve seen at a museum that wasn’t dedicated to Pop Art; or even the artist himself. 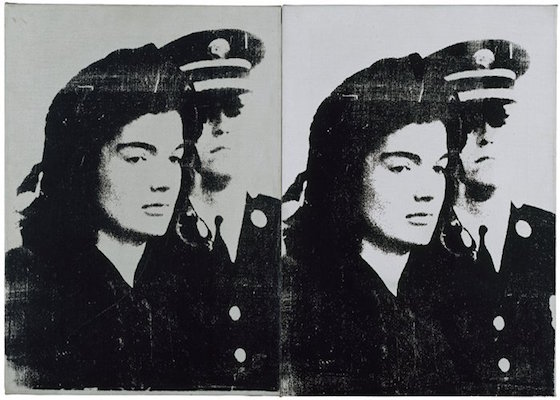 If trendy pop art isn’t your style, take a gander at Chuck Close. His imagery of family and friends are so intricate it’s pretty unbelievable when you realize it was painted by hand. Close emerged out of the photorealist movement that by mimicking reality blurred the lines between painting and photography in the 1970’s.

The Pritzker Center for Photography

Of course, I’d be remiss not to mention the current photography exhibitions. The Pritzker Center for photography at SFMoMA now makes it the largest space that is devoted to this medium out all American art museums. Take, for example, Nicholas Nixon, who has documented the Brown Sisters for the last forty years. Forty pictures are hung chronologically on two walls; documenting the changes in these four sisters, starting from when they were teenagers. (Disclaimer: If that doesn’t make you want to do the same for yourself, then we can’t be friends).

There are two rooms dedicated to Diane Arbus, arguably one of the most influential photographers of our time. Arbus had a soft spot for those forgotten, and her “Untitled” photographs capture images of children and adults alike, in a mental health facility.

If prints and photos don’t really capture your interest, amble down to check out the sculptures. A few that caught my eye were works by Jeff Koons, whose “Michael Jackson and Bubbles” and his “Self-Portrait” had previously headlined the Gorgeous exhibit at the Asian Art Museum two years ago, and just a few blocks away. “Michael Jackson and Bubbles” is everything you’d expect it, and Michael, to be: over-the-top, otherworldly, and untouchable. Just gorgeous!

Another one that stood out to me in particular was “Geometric Apple Core”, by power couple Claes Oldenburg and Coosje Van Bruggen. The detail is just extraordinary; and while I can’t claim to know the inspiration behind it, there’s still something impactful about it. 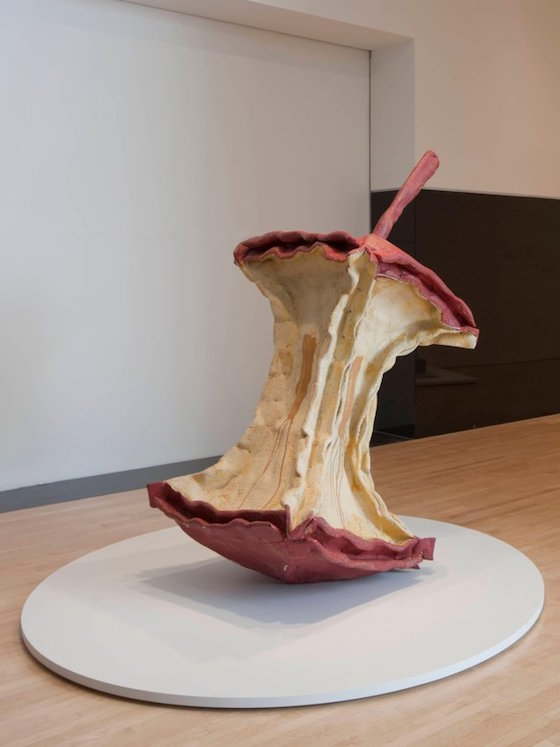 Whether you’re a resident of San Francisco struggling to come up with a fun activity as the fog sweeps the bay. Or, if you’re a visitor feeling hopelessly overwhelmed given the multitude of things this fair city has to offer. I strongly urge you to visit SFMoMA. One visit won’t really do it, there is so much to take in. But it’s a good start. Fair warning: even though the museum opened in May, it’s still in high demand. Do yourselves a favor and purchase tickets online.

‘Coming into Community’ at the Oslo Architecture Triennale