Dancing the Night Away at the Jewish Museum’s Purim Ball 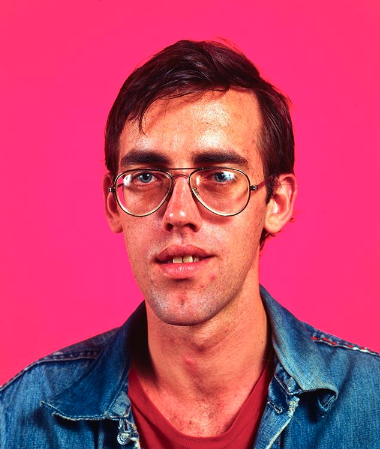 Neil Winokur, a septuagenarian, has for decades investigated objects and people through the same lens. His portrait of David Wojnarowicz is weirdly similar to his photograph of a glass of water – sharp against a background blasting with color. Creating different pairings of objects and people, the exhibition presents a eight small-scale Fujiflex photographs that will be rotated by the gallery staff throughout the duration of the show. (Disclaimer: Works are priced at a very reasonable $3000, snag one if you can!)

The Norwegian artist Ann Cathrin November Hoibo at STANDARD (Oslo) brings physical and metaphorical weight to her new work by attaching rocks to the bottom of her signature hanging tapestries. She created handwoven works with a range of imported expensive silks and less precious threads made from palm trees evoking century old colonial and post-colonial global trade. Andréhn-Schiptjenko brought striking large-scale works by the South African artist Nandipha Mntambo. Moving away from her sculptural works using cowhides and other materials, the two works on offer are oil paint and gold-leaf on canvas. Peres Projects are showing three sculptural figures by Rebecca Ackroyd; they are other worldly mannequins sitting down with gaping rectangular red doorways at their knees, bosom and in between their legs. And, much more.

This year the Armory Show features 198 galleries from 31 countries. After several years of absence, blue chip galleries Perrotin and Gagosian return to the fair. And, Pearl Lam Galleries, one of China’s best galleries with outposts in Hong Kong, Shanghai, and Singapore will show at the fair for the first time. The Focus section is curated by Gabriel Ritter, Curator and Head of Contemporary Art at the Minneapolis Institute of Art and presents works that examine how technology has both mediated representation of the physical body and imagined its emancipation.

Armed with an i-phone Nina Blumberg is the new rising star of Instagram in the arts. She runs the popular account @artstagram__. Proving that contemporary art doesn’t have to be pretentious her posts, like memes, pair her own great photography with cute, witty, and spot-on captions about everyday life. This week she is posting on Cultbytes Instagram account. Check it out here.

Blurred Lines: Inside the Art Market – a documentary film

As Armory Arts Week is in full swing this film will help you understand the art market better. The entertaining documentary, Blurred Lines, largely focuses on the sensational aspects of the art market. Similarly to Sarah Thornton’s book “Seven Days in the Art World,” the film is structured into chapters that investigate different aspects of the art world: galleries, auction houses, museums, and so forth. Wedged in between slide shows of contemporary art, Thornton is interviewed alongside other art critics, artists, and collectors. All things considered, this description of the un-regulated and ever-inflating art market will shock a novice but not make a lasting impact on an art world impresario.

Netflix
Watch it where you are most comfortable.