You may have noticed that I am the only one posting lately, and that I’m not linking to any recent publications elsewhere. That is because the rest of the wizened art world is gallivanting, while I sit at my desk musing unevocatively and pretending to look busy. (It turns out unevocative isn’t even close to a word, which makes a lot of sense in this situation, so I’m keeping it). This begets the real question: what should I be doing? Or more importantly, why is everyone gone? Here are my most fittingly unoriginal pontifications. Pontifications is also, apparently, not a word:

Art Basel: No surprise there. In a galaxy far far away known as Basel in Switzerland, heiresses and bankers and fat old art dealers congregate every summer to posture their importance like cooing pigeons on a fire escape. But it’s not a fire escape, it’s a pristine, historically neutral wonderland that’s tailored to art shopping. For bonus points, mispronounce the fair as basil, like the herb. The most correct pronunciation is extremely ‘ah’-focused. Say Basel like you’re calling your butler and can’t honestly be bothered whether he brings your crumpets or not.
Basel is essentially the founding father of art fairs, a concept which has been mostly reduced to mall-like status (see misc Jerry Saltz). As you may know, Basel has outposts in Miami and Hong Kong. Miami’s the most fun.

Not this year, but next and last, the Venice Biennale also serves as a solid option. Overall, it’s really about profiting from the unusually seasonable climate Europe has to offer.

Typhoons in Japan, Monsoons in India, and good old-fashioned blistering heat in Singapore make the greater part of the Asian continent a barrel of laughs for the summer season. If the art world isn’t shutting down because it’s gorgeous outside, it’s shutting down because there’s one natural disaster after another. I have been personally victimized by such intolerable weather conditions (but not Regina George) during considerable time in Asia, and it really makes the best and the brightest either cower in their rooms or run far far away…to Europe, por ejemplo.

3. A Taste for the Finer Things

It’s summer you guys. Sail a yacht. Fly your Cessna cross-country. Ingest hallucinogens in Mexico. Do something meaningful with your time. Whatever you do, don’t write art critical articles or be caught dead at metropolitan gallery openings.

On good days, rich people buy art. On bad days, art students use fake IDs to drink all the wine in your gallery and take selfies with James Franco. On summer days, even the art students are gone, semi-pretending to be semi-responsible in very short skirts for very short internships. Everyone is gone. All is essentially lost. Go do something else.

P.S. This reminds me of the last time I offered insights into the art world. Clearly I’ve been bitter for a suspiciously long time. 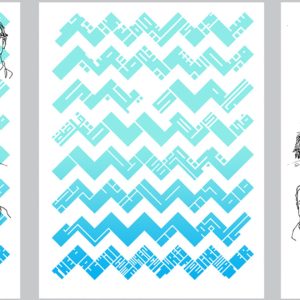 Etel Adnan, Mountain No. 2 (2014), watercolor on paper. The gentile pastels against the inky black are a breath of fresh...