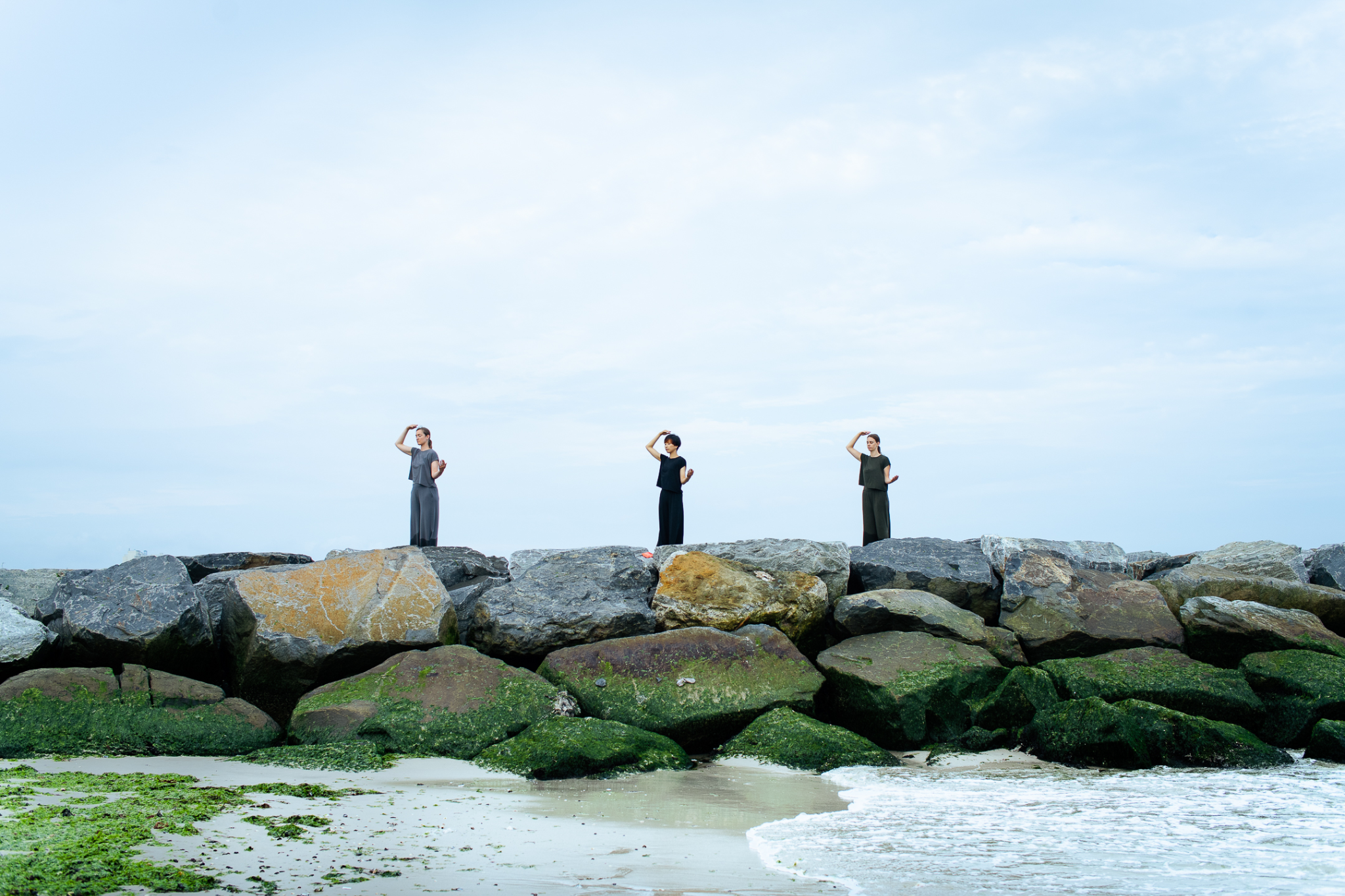 It’s August in New York and a familiar scene unfolds across the art industry. Group shows open in sparsely attended galleries. Tourists pile into museums. Locals come and go, escaping the heat and embarking on their summer vacations. While this annual pause has previously provided a time to relax, or shut down altogether for those galleries attune to the European model, it seems in the last few years that the New York art scene has instead decided to relocate and even ramp up the pace with outposts in the Hamptons. If you want to explore art at a slower pace and lower price point while enjoying the surf, skip the Hamptons and visit the Rockaways. For the same price as a subway ride, you can take the ferry and spend the day at the beach and experience a wide range of cultural activities that celebrate the local community and environment. While the Rockaway communities cover a large stretch, the area directly by the ferry terminal has formed a cultural hub.

Overlooking the ferry is the Rockaway Hotel and Spa, which has a rich cultural program spearheaded by Michi Jigarjian, Chief Social Impact Officer and partner at the hotel. The hotel features a rotating art collection with works by leading and emerging contemporary artists, including Derrick Adams, Hank Willis Thomas, Tom Sachs, Katharina Grosse, Kennedy Yanko, and Paul Sepuya. They have also partnered with ART FOR CHANGE to display and sell prints to raise funds for various charities. Their most recent collaboration includes works by Erik Parker, Alissa McKendrick, Alessandro Teoldi, and Hiba Schahbaz, which are also on view throughout the hotel. The project supports the Rockaway Beach-based non-profit Rising Tide Effect, which promotes aquatic safety with swimming lessons and education for the local community.

In addition to these indoor displays, the hotel also commissions and co-sponsors several public works and community projects. They have commissioned three murals, the first of which was done by Shantell Martin in 2020, followed by Ivan Forde in 2021. The most recent mural was completed this July and was created by Julia Chiang in collaboration with Jamaica Bay-Rockaway Parks Conservancy. Celebrating the local community, Chiang invited residents to help create her mural for the hotel, along with a second one at a nearby senior home.

Like many places in the Hamptons, the Rockaway Hotel also serves as a perfect venue for art-related fundraisers. This July, the hotel hosted a celebration of the aforementioned ART FOR CHANGE collaboration. The space will also welcome the Artists First Alliance collaborative benefête on September 9th, a benefit supporting the three organizations that make up the alliance: Baxter Street at Camera Club of New York, led by Michi Jigarjian and Jil Weinstock; NXTHVN, located in New Haven, Connecticut and founded by Titus Kaphar and Jason Price; and The Last Resort Artist Retreat, based in Baltimore and founded by Derrick Adams. United by their shared missions and driven by a collective effort to make artistic residencies more equitable, the three organizations will share proceeds from the event equally. The night will feature a DJ set by Lion Babe and a performance by Chuck D from Public Enemy featuring Black Thought.

The area near the hotel is also home to the Rockaway Film Festival, a nomadic festival that supports filmmakers, in particular those local to Queens and Rockaway, and fosters creative conversations by showcasing films on a diverse range of topics. While the next edition will take place September 17 to 25, the nonprofit shows films throughout the year at various locations, including several this summer along the Rockaway Beach Boardwalk and at Arverne Cinema. Included in the films showing at the cinema is “Einstein at the Beach,” a 2014 experimental piece by Don Kent that will be screened Friday, August 19th. Originally created in 1976 by Philip Glass and Robert Wilson, the theatrical opera is in four acts and explores the life of Albert Einstein.

The film is produced in partnership with Beach Sessions Dance Series, a Rockaway Beach-based performance series that commissions, produces, and presents site-specific work along the beach. The pioneering series has presented choreographed works by over 60 artists since launching in 2015. The next performance supported by the series will take place August 20th and feature Trisha Brown Dance Company, which will move across the shoreline from Beach 97th Street to Beach 110th Street performing Trisha Brown: In Plain Site. The audience will follow dancers as they perform early works by Brown selected to respond to the beach. The performance will include a re-staging of Brown’s famous Opal Loop (1980). Bringing this project to the Rockaway shoreline provides locals with the opportunity to view pieces by the highly influential choreographer and dancer, while also strengthening the area’s status as a cultural destination.

Summer is quickly coming to a close and the September art fairs are looming around the corner. Sooner than we realize, the marathon of shows and events will begin and all eyes will be on Miami. It can be difficult to take a step back from the vortex of the art market, in particular Manhattan galleries, but doing so is an important practice to experience art and creative expression that enriches and nourishes our communities.

Another Kind of Knowledge: Portrait of Dorte Mandrup Explores Architecture Beyond Language