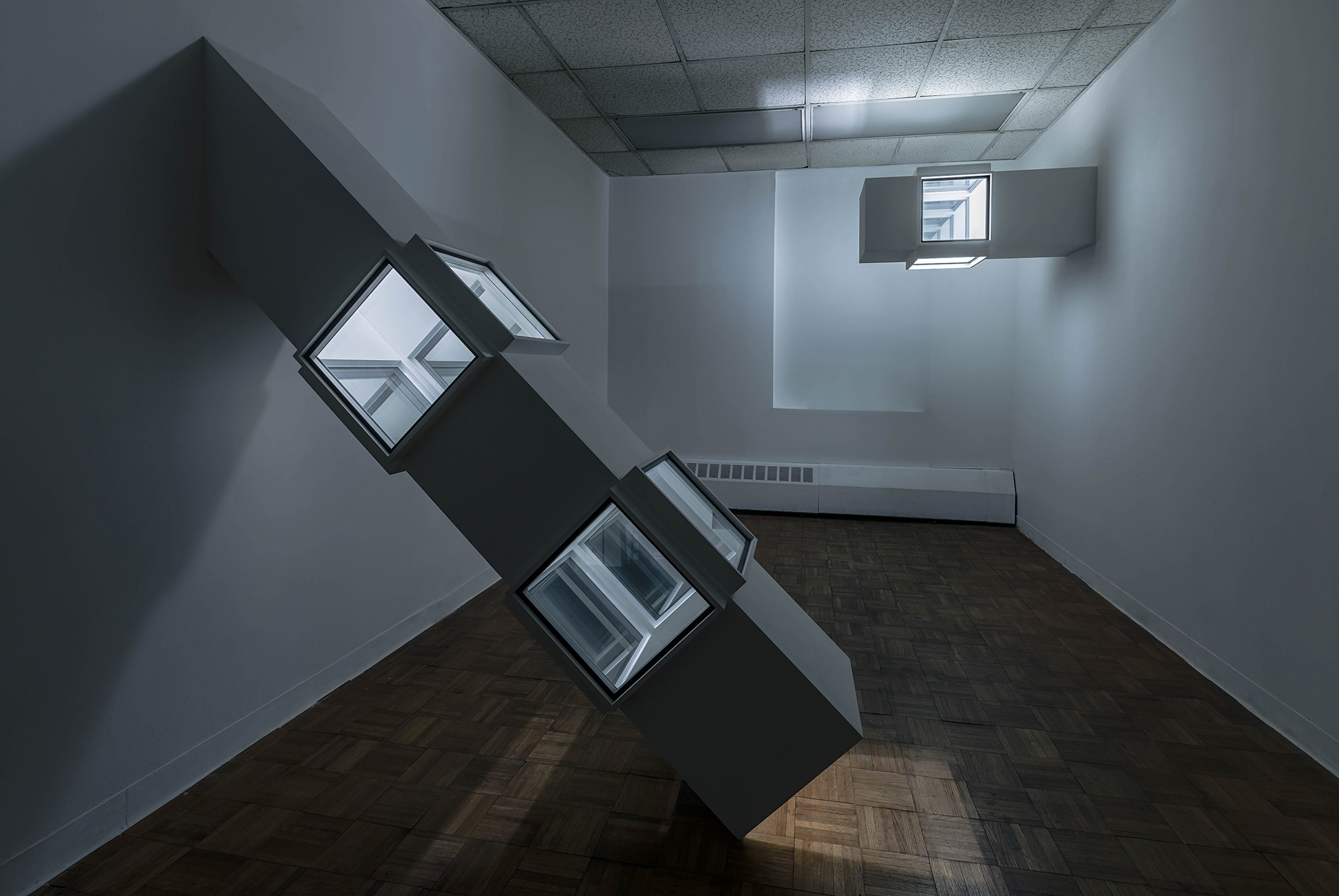 Politics have always been the great divider, and the past four years have shown us exactly how deep those conflicts can run. As he witnesses our country split over their support of building a wall at the Mexican border, Israeli-born artist Zac Hacmon feels called to make a statement. The Brooklyn-based sculptor has always been intrigued by borders and barriers (he is known for creating sculptures out of subway tiles and railing) – specifically when it comes to transportation and architecture, and his latest project delves deeply into his feelings on this national conflict, from the lens of a self-described “outsider.”

“Beyond the Pale” is an interactive exhibit that will launch on February 14th, 2020 at The Border Project Space in Bushwick. Hacmon will present a five-week series of sounds and sculptures that he’s pulled from his experience at the Mexican-American border in Arizona. His desire is to call attention to the migrant crisis currently happening, with an emphasis on how this is affecting the Tohono O-odham Nation Reservation (which is located at the border). 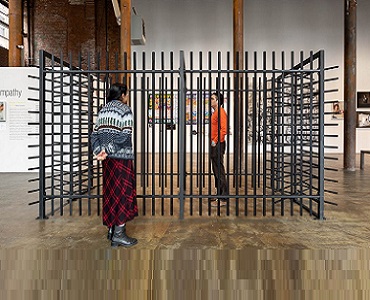 Hacmon discovered the atrocities taking place at the border and decided to take action. He funded the project with the Visual Project Exhibition Grant from Café Royal Cultural Foundation supported, in part, by an Emergency Grant from the Foundation for Contemporary Arts.

Based on two volunteer trips with Humane Borders Humanitarian Organization to the Arizona border and reservation, Hacmon compiled recorded interviews to play on a loop that he exhibits alongside objects from World War II known as “hedgehogs.” The hedgehogs were barriers used to build the Atlantic Wall, an extensive project that ultimately failed: the allies easily found their way across the border. Hacmon chose to display them to exemplify that putting resources into building a wall is useless. 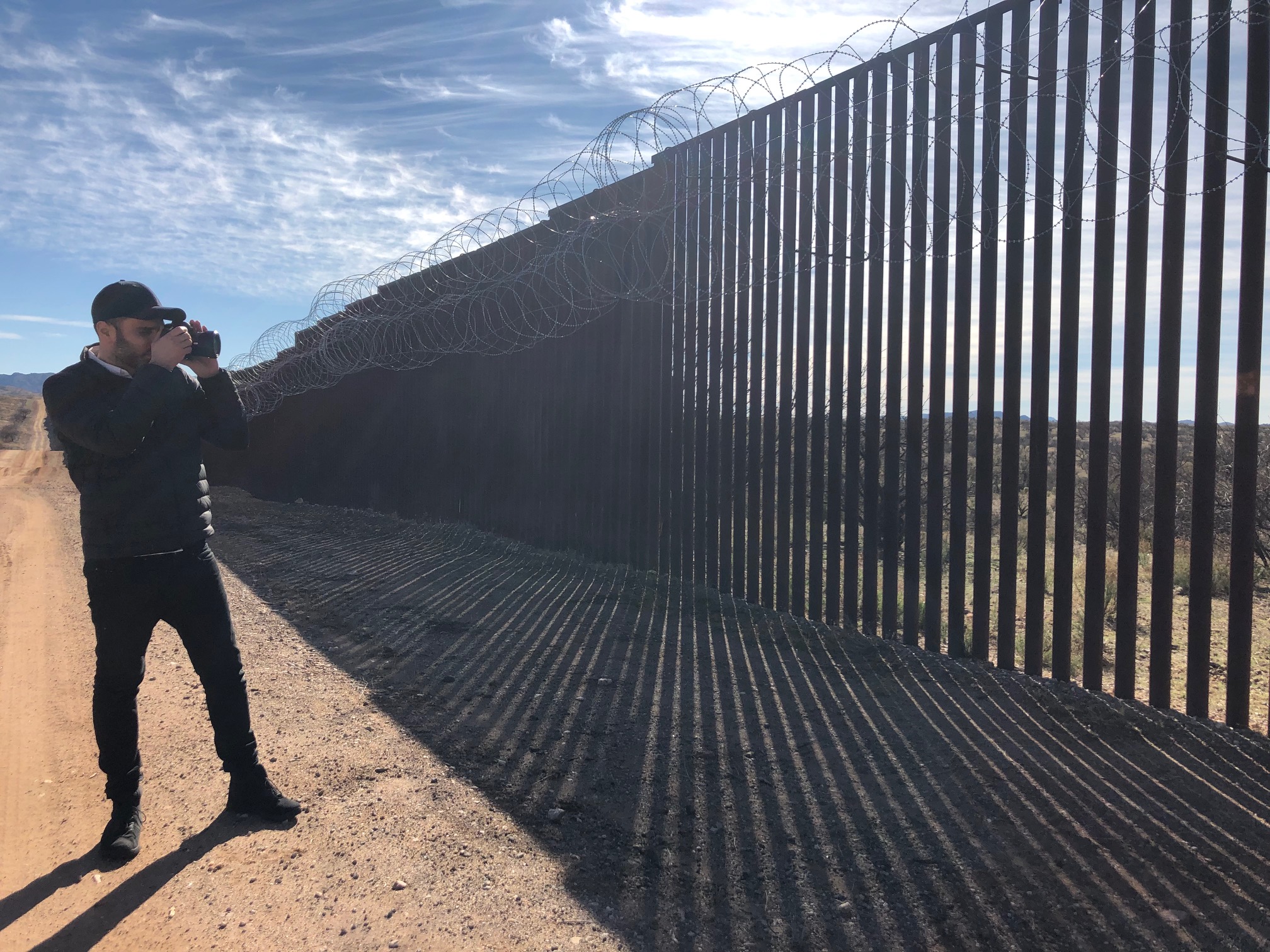 Zac Hacmon at the Mexican-American border in Arizona. Photographed by Dana Levy courtesy of the artist.

I had the pleasure of sitting down with Hacmon between his two trips to Arizona to discuss his experience volunteering, his upcoming project, and what is next for him as an artist:

Taylor Engle: Your work has always represented culture through architecture, but this exhibit runs deeper than anything I’ve seen from you. What made you want to center a project around this particular issue?

Zac Hacmon: Well, I’ve always been interested in architecture. In this case, I think I have a unique perspective. Although I am an outsider, I’ve seen other countries go through this exact struggle, and it doesn’t end well. These checkpoints and fences and walls are meant to monitor and control, but we have more resources going to security than to simple communication. It’s a really scary scenario, and I wanted to bring light to it. We turn to concrete and steel instead of just solving the conflict.

How does Humane Borders come into play?

While I was doing research on the Mexican-American border, I came across something called “migrant death mapping.” Basically it was a collection of data on migrants who were harmed trying to cross the border: where the body was found, belongings found on the body, etc., all compiled into a report. Then, they put that data on a map for families’ benefit. Their data taught me that someone dies every single day attempting to cross the border. 6,000 people have been killed in the past 20 years. The Tohono reservation is one of the areas that doesn’t have a wall built on it because the land is considered sacred, so people end up trying to cross there. I decided to volunteer with Humane Borders so I could be a little closer to the experience and really understand what is going on.

What exactly will the exhibit contain?

I’ve created the installation so that people will walk between the hedgehogs as if they are crossing a border. I also built speakers into the sculptures so the sounds I recorded at the Arizona border during my trips will play on a loop.

That’s so exciting. Will the sound experience contain any interviews with the migrants?

Not for this exhibit, but hopefully in the future. I’d like to show a larger version of it with more hedgehogs and interviews with migrants. This exhibit’s sound will mainly be environmental sounds that I experienced at the border, so people feel like they are really there.

So at this point, you’ve gone on one volunteer trip to the Arizona border. What was your experience like?

Very eye-opening. Human Borders provides water for those crossing the border, but it’s a difficult operation because helping migrants is illegal. I mainly assisted in refilling and filtering clean water, but we couldn’t interact too much with the people crossing. Next time I volunteer, I will be helping refugees at the shelters adjust. I’m hoping to conduct some interviews then. There is a lot of conflict in the area, though. People come through and vandalize the water tanks. They’ve shot holes in the tanks and put gasoline in the water, which is an attempt at murder. Most of the migrants have lived through a significant amount of trauma, so the shelters help them and provide comfort.

How has the reservation been affected by the conflict?

When I was volunteering, I discovered the complexity of the issue. The Mexican border actually divides the reservation already – one-third of it is on the Mexico side. To Indigenous people, land is sacred, but the government wanted a fence built there. Once I arrived at the reservation, I was struck with a refreshing sense of peace. The reservation has its own sovereignty, so the border laws should be up to them, and yet they are being infringed upon.

What did you learn by visiting with the Indigenous people at the reservation?

Their first concern regarding the border was the animals and how they would be affected, and that was so inspiring to me. As a culture, we’ve lost those innocent values. I went in with the intention to expand on my project, but I learned so much in the process. I want “Beyond the Pale” to reflect my experiences as honestly as possible.

What is the biggest, most important thing you want people to take away from this exhibit?

All of this is happening in our country, and very few people are truly aware of it. I hope to bring more attention to the matter. People keep asking me why I care so much – I care because I am an outsider, and that makes me feel the urgency to talk about this. When you get used to things, when you become too comfortable: that’s when things become dangerous. Getting used to young and healthy people dying every single day is dangerous.

Taylor Engle
Guest Contributor, Cultbytes Fashion assistant at Harper's Bazaar and freelance writer with a seemingly unquenchable thirst for fashion and how it relates to other industries. Engle has a B.A. in Communications and Journalism from California State University-Fullerton. Her work has been published in The OC Weekly, La Habra Journal, Forever Twenty-Something, among others. l instagram l contact l 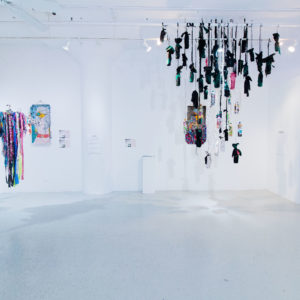 New York City is arguably the fashion capital of the world, and although it seems that trends and ideas begin and end in the Big Apple,...