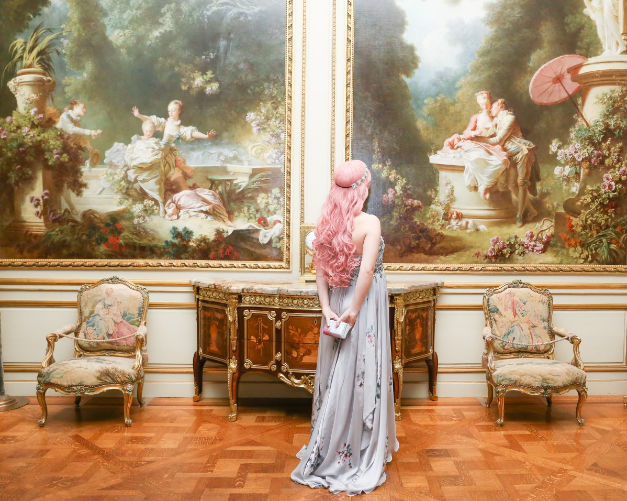 This past Thursday, I was at The Frick Collection for their annual Young Fellows Ball. The glamorous party for the museum’s young patrons was aptly named “Turner by Moonlight,” celebrating the new Turner exhibition on view. As an artist and a fashion eccentric, it’s possible that some of my art star style choice may have raised more then one manicured eyebrow from the conservative Upper East Side elite throughout the years, yet I have never felt ostracized or out of place at the Frick. This is in a large part due to the influence of the late street-style and style photographer Bill Cunningham (1929-2016) and his uncanny ability to encourage us all to be our most outrageous selves.

My First Meeting With Bill

In 2008 when I attended my first Young Fellows Ball at the Frick themed “Un Ballo in Maschera” I first met Bill Cunningham. Unprepared for the glamor of the night, I was dressed in a beaded grey and lace dress that exposed far more skin then UES normally saw. Perhaps, it was this daring dress that first caught Bill’s attention? I stood under the rosy glow of the Fragonard room with a miscellaneous finance guy on my arm when I heard my first clicks of Bill’s camera. As he always did, Bill had me write down my name on his small pad of paper. Then he said something charming and promptly disappeared. I had no idea then who he was or that this would form the pattern of our interaction for years to come. As a single woman in the city, the man on my arm would inevitably change and I soon recognized Bill as the constant variable in my most glamorous New York nights. Eventually Bill himself found his way on to my canvas too. Once hilariously dubbed by Kristen Sanken of Highbrow Magazine as a Socialite Realist painter, it is true I have an affinity for fashion and I find endless inspiration in the enchanting scenes at the Young Fellows Ball. I will always credit the Frick Collection and Bill Cunningham for shaping my aesthetic and making me the artist and fashionista that I am today. 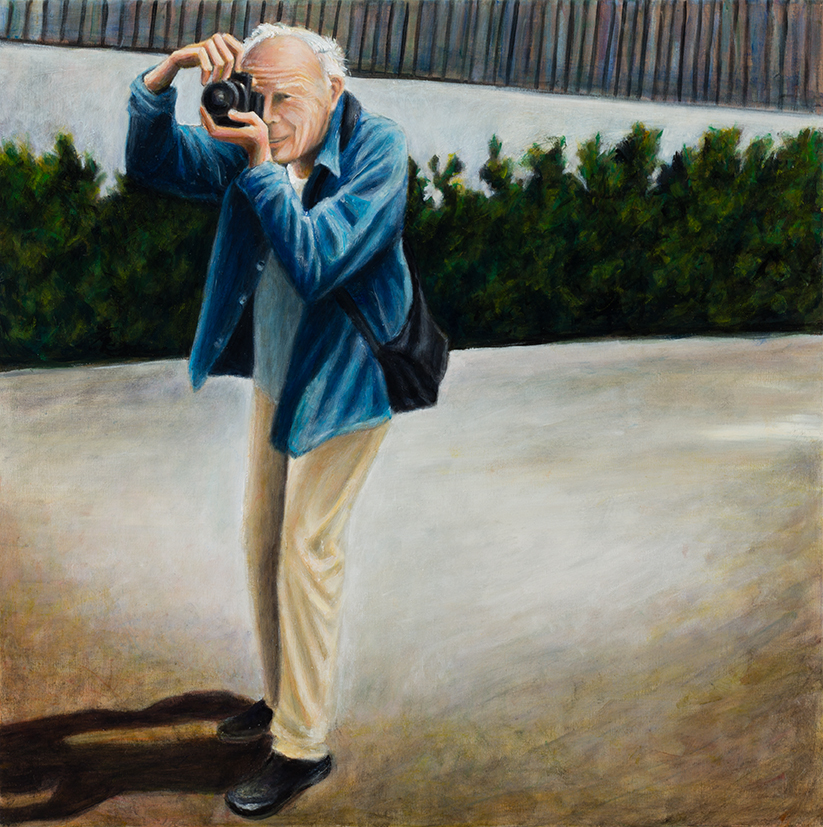 By celebrating the whimsy in individuality, Bill encouraged me to embrace my unique flair. He highlighted those who dared to dress different and in doing so Bill made New York a little more distinct and non-conformist. He brought out the playful side of style and taught us all to enjoy the fabulous fun found in idiosyncratic fashion. After the charming documentary film “Bill Cunningham New York” premiered in 2010, Bill became a legend at the Frick parties and beyond. Ladies would take a page from Anna Wintour at the Frick Young Fellows Ball and at the Garden Party everyone definitely dressed for Bill. Society girls who might have normally been more straight-laced or fallen prey to the New York LBD began instead to dress with flair and style if they thought Bill Cunningham might appear at an event.

Bill was a simple but passionate man. For decades, Bill lived in a tiny apartment in the Carnegie Hall building and cycled around Manhattan in the search for unique and fashionable men and women. Distinctive of Bill’s photographs are that the people animate the fashion and not the other way around. His first claim to fame was an unguarded picture he caught of Greta Garbo which got him a job at “The New York Times.” Before he began to photograph for the NYT in 1978, he designed women’s hats. Bill loved to photograph ladies wearing hats and while some may credit Kate Middleton for the rising millinery trend, I still say it was the 2010 Frick Garden party and Bill’s photos, which got a hat on everyone’s head for years to come. 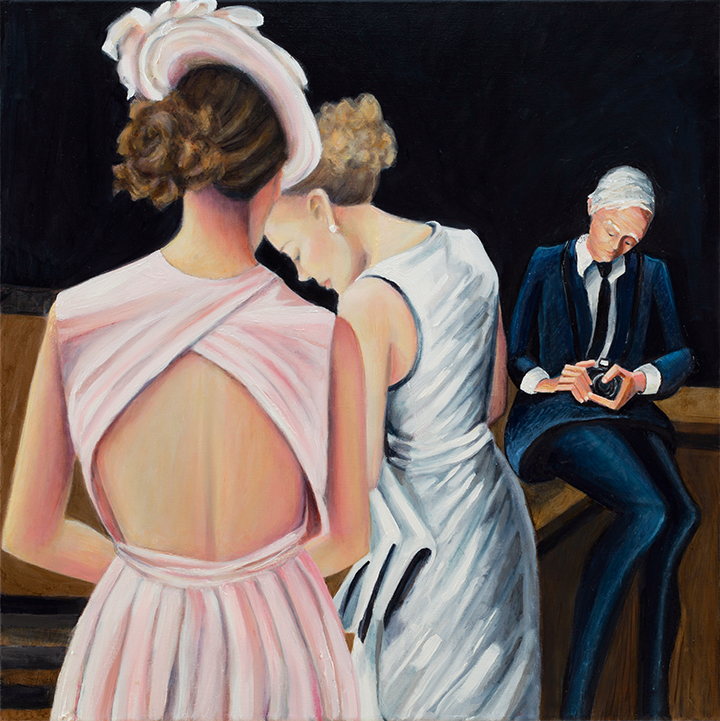 Annika Connor, Night at The Frick.

This was the 10th year in a row I have been to the ball and every year paintings and new ideas come to me as I celebrate and support this wonderful collection. I love beauty and I see the intoxicating mix of “It Girls,” the endless parade of Manhattan’s most dashing tuxedo clad gents, and the exquisite paintings and decorative arts as a museum full of muses.

My father is a New Yorker and though I was raised in Atlanta and Sweden, he would take me to the Frick Collection whenever we visited New York. As a young girl I began painting in oil when I was 9 years old. Knowing this, it is easy to picture my childish delight when I went to the Frick. Like a kid in a candy shop I would stare in wonder at the Whistler portraits and spin in delight under the pastel hews of the Fragonard room. Later in life when I moved to New York and began selling my own paintings I made a philanthropic promise to myself to always give the annual value of one painting sale a year to different cultural institutions I wanted to support. The Frick was the first place where I started donating. 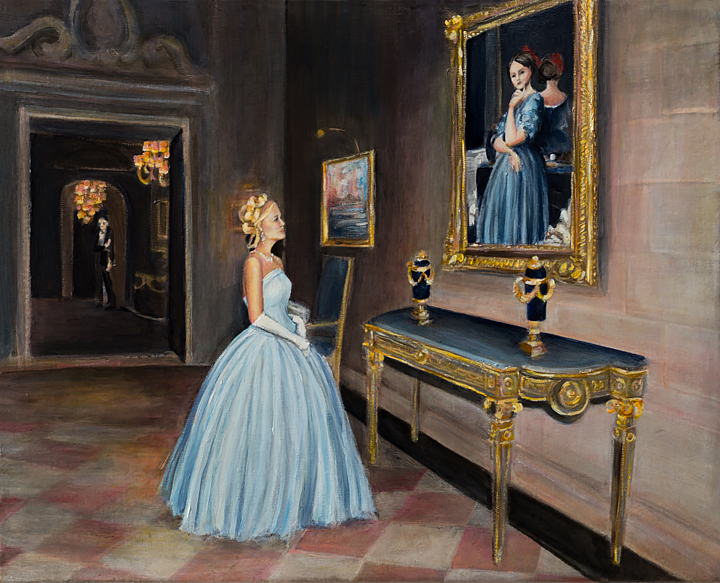 “To those of us who became peacocks under Bill’s gaze I know we will always carry his influence and memories in our heart.” 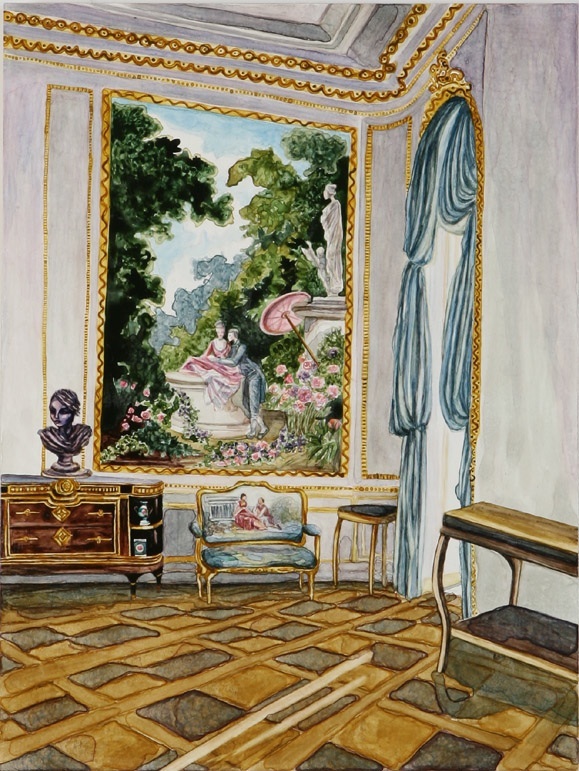 A Tribute to Bill

Thursday night, I stood in the Fragonard room with my friends. We laughed and posed for pictures together and as we gathered we shared memories of Bill. We spoke of his influence and the simple joy felt when you noticed Bill noticing you. Bill made us feel special simply because he saw us. In a city so large and lonely as New York there will always be something magical and wonderful about a talented man who makes one feel truly seen. To those of us who became peacocks under Bill’s gaze I know we will always carry his influence and memories in our heart. Later in the night I left the dance floor and stepped into the shadows of the courtyard to pay private tribute Bill. Standing behind the palm fronds, I silently observed beauty of the crowd. Smiling I raised my camera and clicked away in memory of the man who celebrated style and who made us all “the belle of the ball.”

“Turner by Moonlight,” photos from the Young Fellows Ball at the Frick Collection, 2017 and muses from past parties. 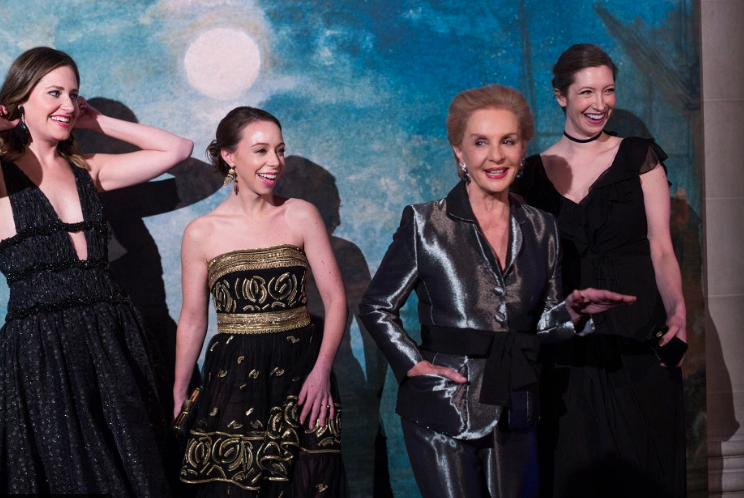 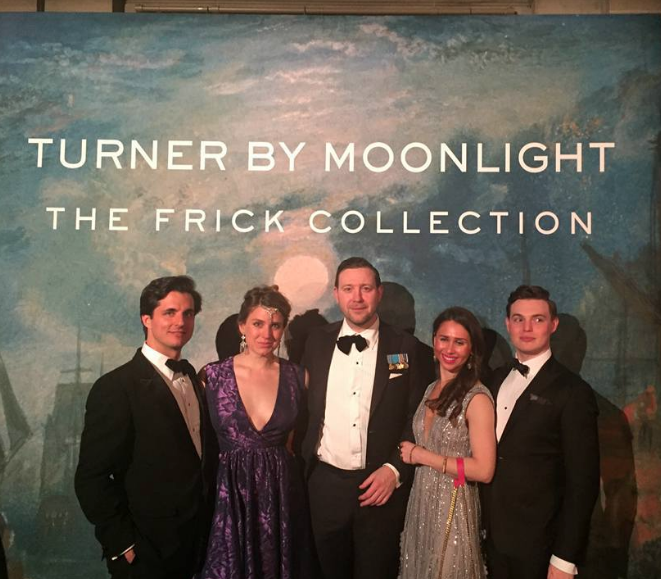 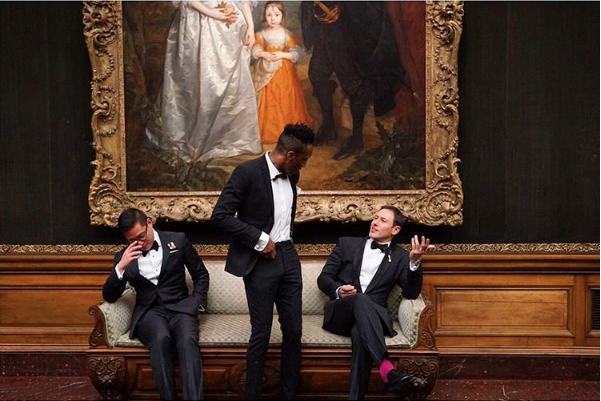 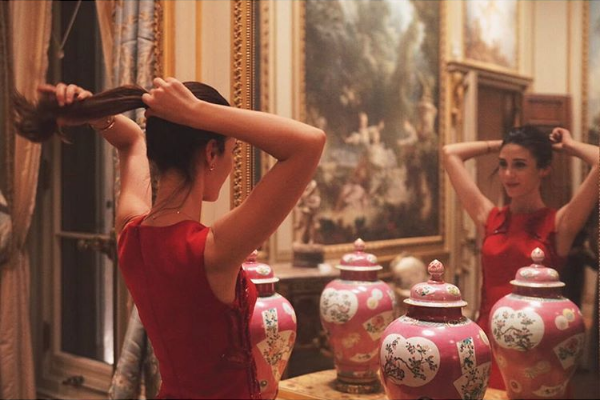 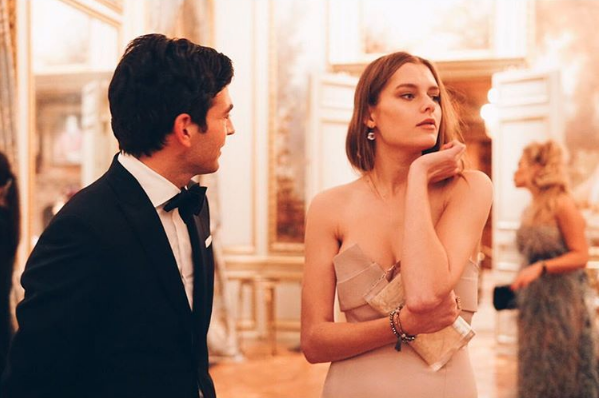 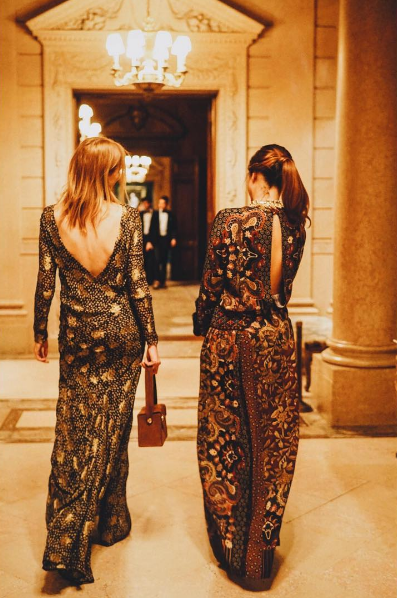 Carrie and Carolyn Batista. mikeespiritu: The Carolyns from @etro, 2017. 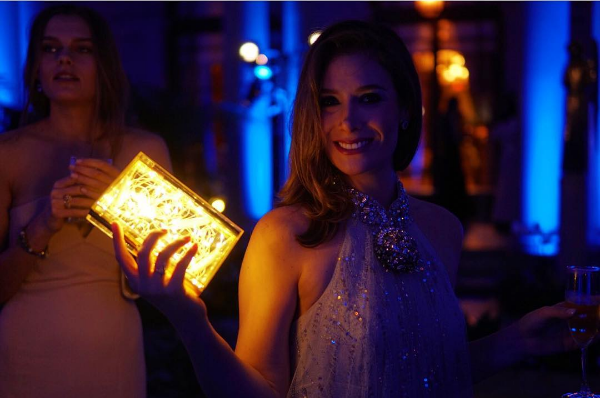 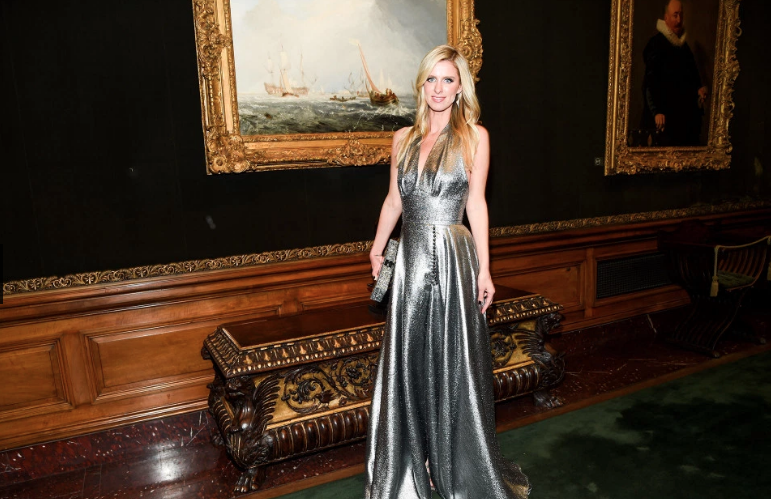 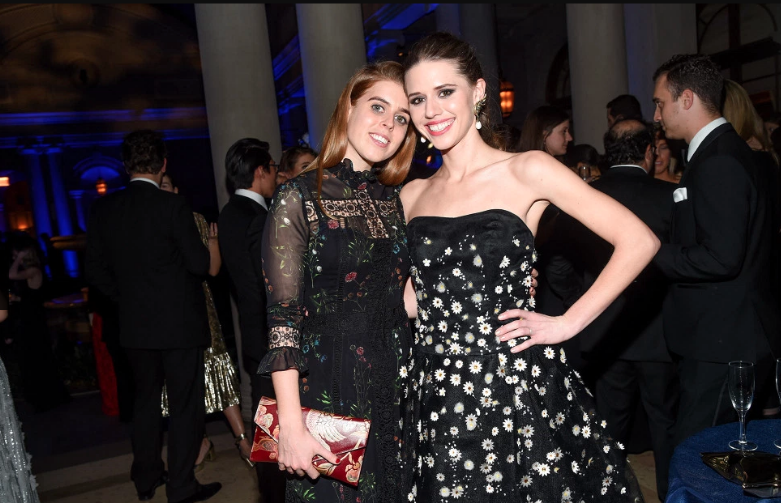 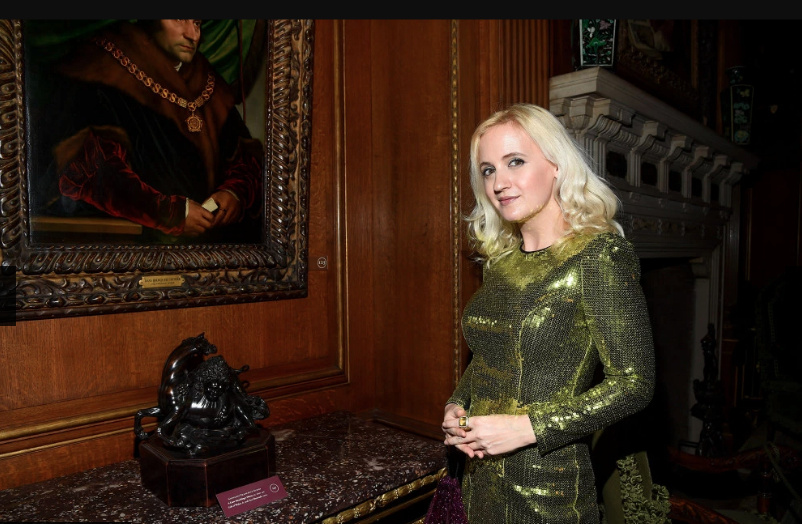 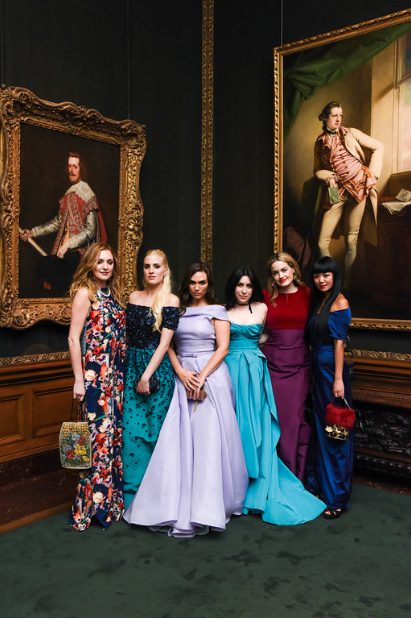 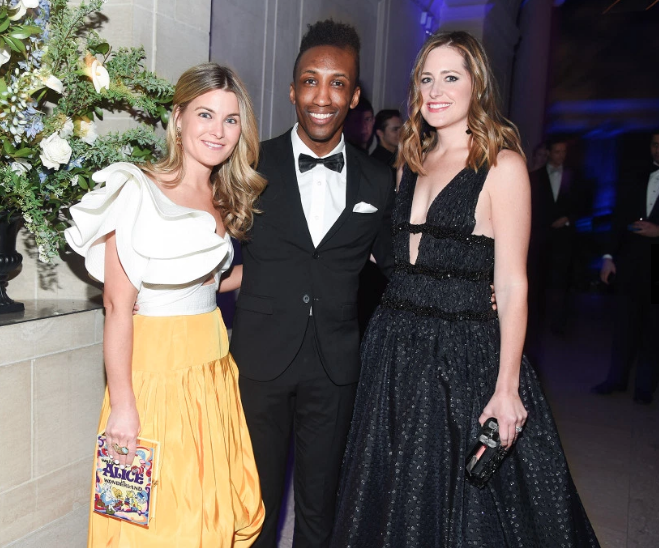 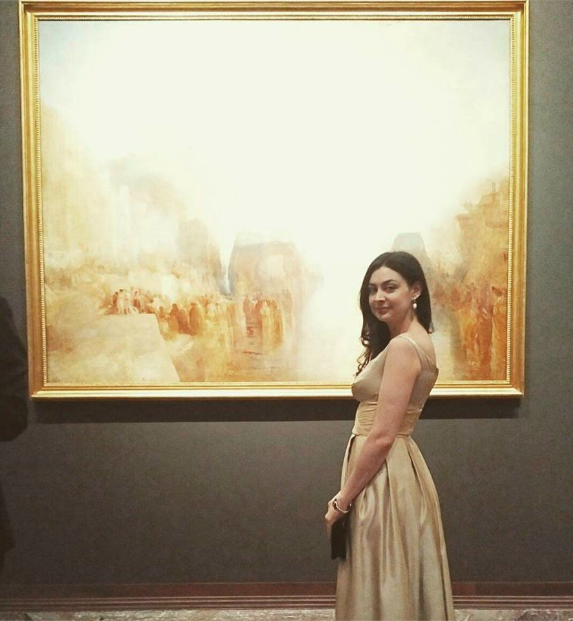 All photographs courtesy of WWD and The Frick Collection. I-gram posts photographed by Michael Espiritu.

Guest Contributor, Cultbytes painter, actress, and entrepreneur. Her paintings frequently contain a sense of haunted mystery and a fascination with beauty and it's power to both enchant and destroy. Annika Connor is the owner/founder of Active Ideas Productions, a small arts organization that promotes contemporary art by curating exhibitions, publishing art books, and hosting panel discussions. Connor lectures regularly about the business of the art business and she has a keen interest in arts activism.l igram l twitter l contact l