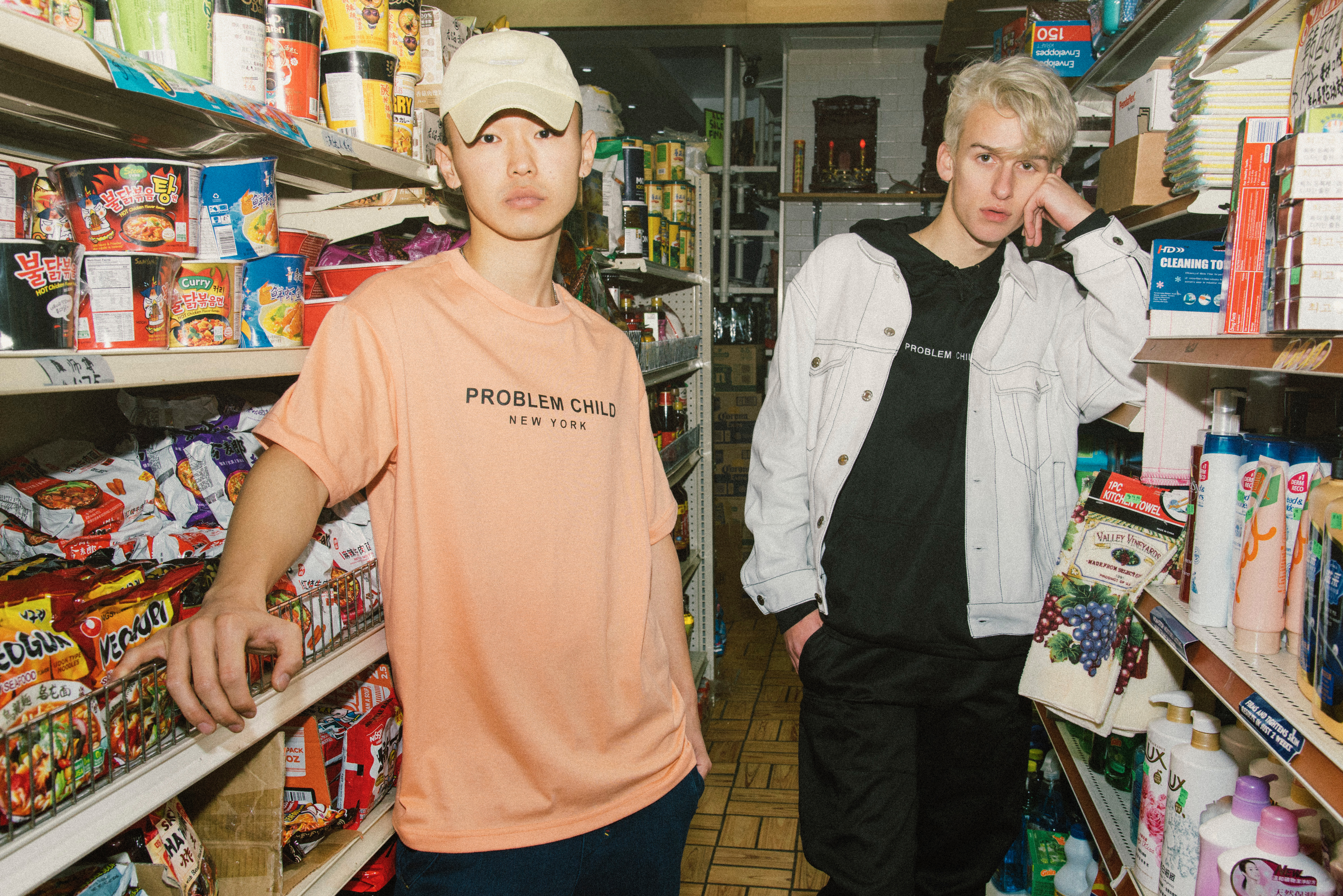 In 2014,  to pursue a career in the arts, Jongmin Joy Kim, or Joy, first moved to Manhattan from Korea. He spent six months at the School of Visual Arts but felt too confined in the institutional setting. Like Basquiat, whose work has similar tendencies, he needed more autonomy to develop his practice. Instead, Kim found a mentor and champion in former tech executive and patron of the arts Jean-Noël Moneton, and the two have supported and encouraged one another’s art world endeavors ever since.

According to Moneton, who has five kids, “Joy is a bit like his sixth.” Earlier this month, Moneton launched the online art gallery Uncommon Beauty Gallery which he founded together with Beckie Warren. The gallery represents Joy Kim and many other emerging contemporary artists.

I sat down with Kim in his Bushwick Studio, to discuss how he made his way to the U.S. to practice his art, his laid-back outlook on life and art, and his future cross-country (and cross-continent!) road trip plans, amongst other things. 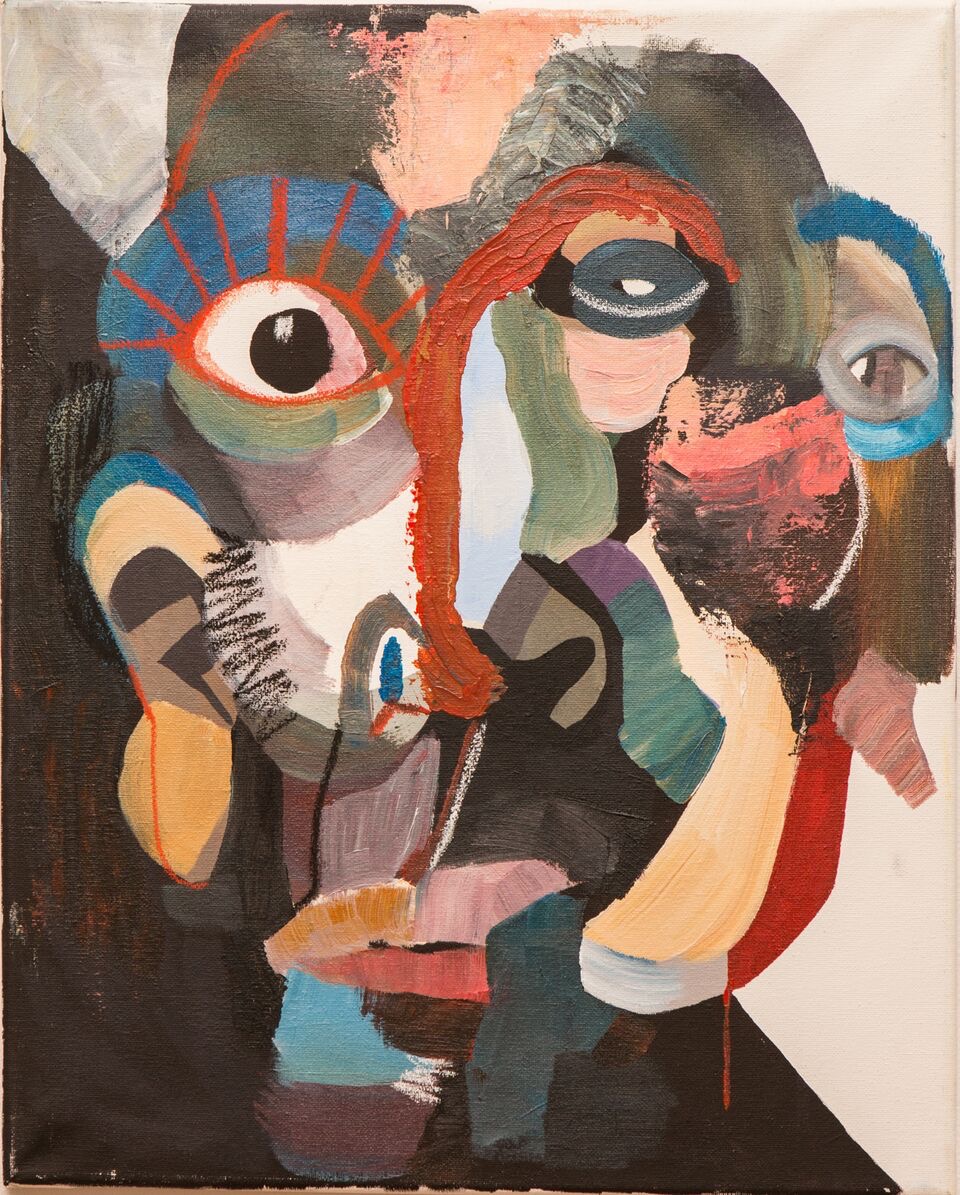 Nina Blumberg: Why did you decide to move to NYC from Korea to practice your art?

Jongmin Joy Kim: It was really for the arts that I moved. When I was in Korea, I had so many dreams- I wanted to be a film director, fashion designer, even to work at a magazine. When I went into the Korean armed services I asked myself, can I still follow my dreams? The commonality of all the things I wanted to do with my life was art. So, I moved to New York after I was done with the military– because it’s the ideal place to make art.

Did you have to finish your military service before you could come?

Yeah, I was a soldier for 21 months. It was bad. Well actually, it was an educational time for me. I learned how to mingle with people and other skills that I might not have gained otherwise.

Does your work have Korean influences?

Yes, my work has a lot of Korean influences– namely, in the way I express myself. I am very close to nature and animals. I do sometimes feel limited, though, by the very conservative side of Korean culture, like a bird in a cage. Once I left Korea, I felt freer to express myself through my art, like a bird leaving the cage.

You’ve also shown a bit in San Francisco. What are the differences between working and showing there and in New York?

I spent one month at a residency sponsored by Art Ventures which owns a large property in Saint Helena, in the heart of Napa Valley and operates a Gallery in San Francisco.  Saint Helena is in the middle of the countryside, close to nature with wineries, and many animals visiting my studio. Unlike New York’s urban landscape, I could see a clear sky. The climate was so dry that I could use oil painting almost like acrylic and it would dry in no time! My exchange with the other three artists in residence was very enriching as we had endless conversations about art.

Wow, that must have been quite the growing and learning experience. So, it sounds like you always knew you were going to be an artist, even if you had to do other kinds of work before you were able to really pursue it?

Definitely, I knew since I was a little kid that I wanted to make art. I had nothing else to do really. I was from the countryside in South Korea and there was nothing else around to entertain myself with besides painting. I attended an art high school, which gave me a strong formal foundation in painting. 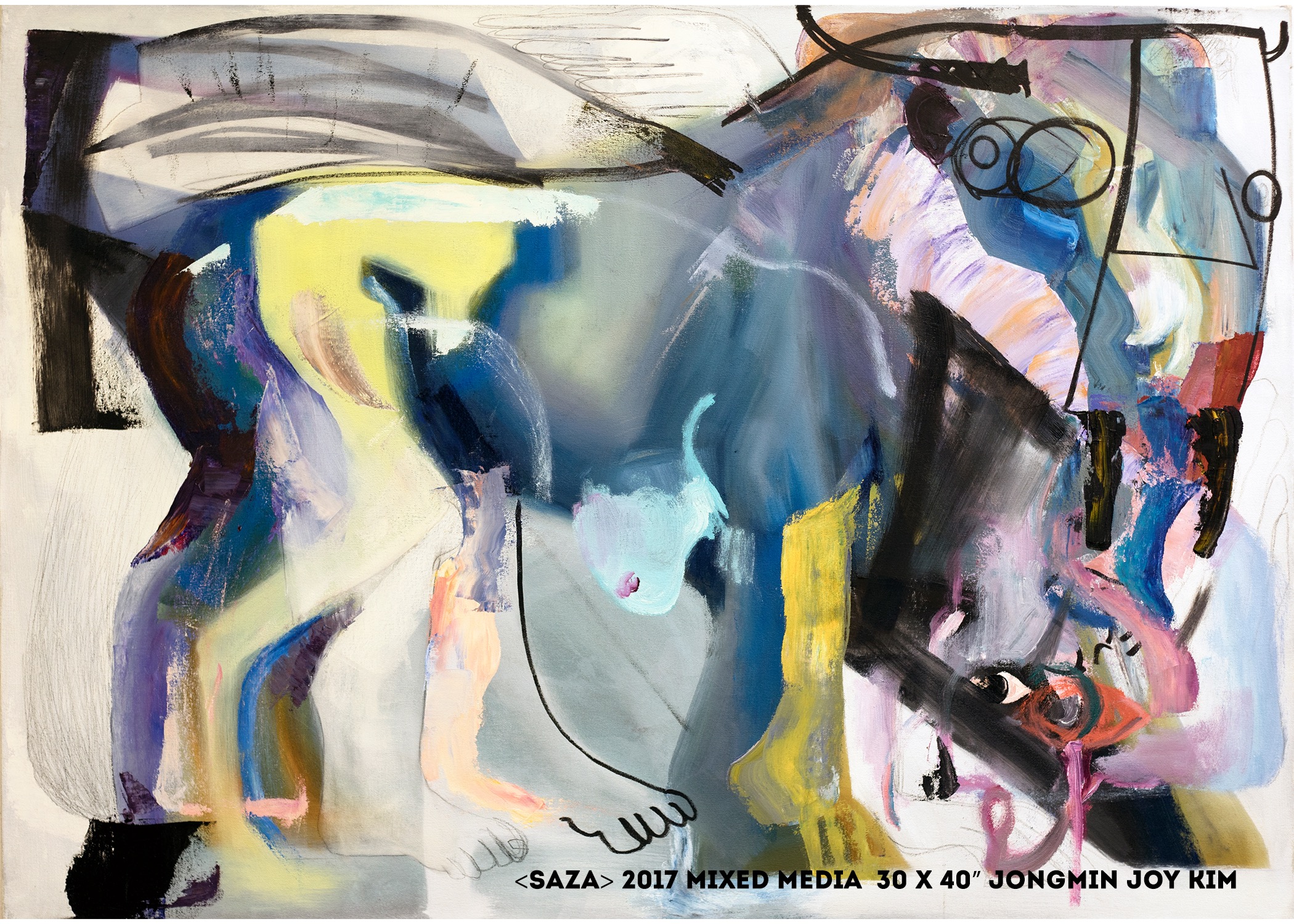 What themes do you pursue in your art?

I want to express joy and happiness in my art.

How do you think your practice has changed over time? Have you always tried to pursue the same themes and techniques?

The most important thing to me is enjoyment. I have to be happy with the art– not just make my audience happy. So, my art has definitely changed over the years because when I’m in a new environment, I feel a different kind of excitement and those moments come out in various ways in the art.

My dream project is to travel like a gypsy around the U.S., living in a car…I’d park, and then take my art supplies out of my car to paint each time I stopped.

What is your dream project or dream institution to have a show at?

My dream project is to travel like a gypsy around the U.S., living in a car. After I see the US, then I’d go to Europe, then Africa and do the same thing.

Would you be painting during these road trips or after they were over?

During, of course. I’d park, and then take my art supplies out of my car to paint each time I stopped.

That’s a really cool idea! I hope you’re able to do that one day. Why Africa?

When they make art, they don’t care what other people are thinking or saying about it- it’s for themselves, free of material influences, and that’s the mentality that I strive to emulate in my practice. I love visiting the Met’s African arts section.

Name three artists who have inspired you or your career.

That’s a tough one. I really like Matisse and Picasso, of course. I admire a lot of great artists, but I don’t necessarily think they inspire my artistic practice. When I first saw Basquiat’s work, I loved it, but now I feel he’s been a bit over-hyped. Am I allowed to say that? [laughs]

I do understand why people ask if I like Basquiat, though. There are some aesthetic similarities in our practice. And, he definitely made art for art’s sake the way that I do.

Your studio space is adjacent to Gallery 776 and now you will be included in Uncommon Beauty’s stall of artists. Congrats! How are the two connected?

Space 776 and Uncommon Beauty Gallery are very complementary and have been working with me for many years. It helps that Jourdain, who is Space 776 founder, and Jean-Noel know each other very well.

So, what are you currently working on and what’s next for you? Do you have a long-term goal for your career here?

I’m working on a mural for a restaurant in Times Square that I’m pretty excited about. It’s a wall painting inside of a VIP lounge space that’s 11,000 sq ft.

Thanks. In December, I’m going to Miami with Uncommon Beauty Gallery and Space 776. My art will be in both Aqua and Scope during ABMB week. Long-term, after I’ve done everything I want to do, like touring Africa, I want to return to my hometown, Gumi [south of Seoul], in South Korea to retire to the countryside and just paint.

Congrats on Miami- and that retirement plan sounds amazing! Can I come with?! [laughs] What advice would you give to other emerging artists in New York that you wish someone had given you?

Just that there are no actual rules you have to abide by- I make my own. I follow my own path. People say that you have to go to art school and try to tell you a direction that you “have” to take. But, I have my unique style and feel that I need to do it the way that works best for me. I did actually go to SVA years ago when I first came to America. It was really fun, but I only ended up staying for six months because I decided that I wanted to pursue my artistic career on my own terms in a less formal setting.

Since you dropped out of school, how did you find friends in the city?

I made a lot of friends through shows I participated in, especially one show in 2015 organized by a friend who found me on Instagram. His name is Roy and he runs a gallery called Contempop. But, I don’t want to feel stuck in an art community. Many of my friends are dancers, musicians, rappers, choreographers, and pursuing other creative endeavors.

Every artist dreams of finding a long-term art patron, like Jean-Noël is to you. How did you meet him?

I met Jean-Noel sometime in late 2015 at a mini art fair organized by Conception Art and held for one evening at M1-5 lounge on Walker Street. I had rented a “rack” for a couple hundred dollars and hung mostly my series of portraits inspired by Francis Bacon. Jean-Noel spotted me amongst the almost 50 artists presented and thought I was way above the fray. He followed me on Instagram and a few months later visited my tiny studio in Chelsea. We stayed in touch, and in the spring of 2017, he got me to participate in a Sotheby’s sponsored exhibition “Street Masters” hosted by Fat-Free Art Gallery.

My girlfriend Minji is an artist and also a great cook. Her home cooked meals are the best Korean food in New York.

Well then, I look forward to my invitation!

Interview With Beckie Warren, the Art-Loving Founder of GirlSeesArt