Jerry Saltz, From The Pages of New York Magazine to the Walls of Lazy Susan Gallery

Today’s world is increasingly defined by trauma against women committed by men. #MeToo took Hollywood, then America, and then the world by storm, as women stood tall against their male oppressors in a unified front against chauvinism in all forms. Now with Brett Kavanaugh’s trial unfolding, one might argue that there was never a time where violence against women was more visible.

Whether such violence is increasingly unacceptable remains to be seen in the ruling against the pending Supreme Court Justice, but frankly, I am optimistic. The tables just might be turning from the Anita Hill era, when she was disbelieved and brushed aside in her accusations against Supreme Court Justice Clarence Thomas. I do believe that, as Oprah said during her Golden Globe acceptance this January, “a new day is on the horizon.”

Like many women and men, I got chills during that speech. I believe in hope and reconstruction in the fight against hate. But how does that evolving dynamic affect masculinity as a concept? Art serves to analyze this changing tide.

Certainly, the male gaze on women in has remained constant throughout art history, and the subject of numerous critical reviews. Depictions of women made by men have been the standard since the Venus of Willendorf in the Paleolithic period: Her pronounced form became the subject of gendered debate in the mid-1990s, when LeRoy McDermott argued that the supple form was actually self-representation. Others have noted the piece is an amplified depiction of sexual interest, celebrating the womanly fertility. I have addressed whether sexual exploration is just another form of objectification in a previous article, reflecting on the much more recent moment of the early 20th century.

Because from ancient to present, the question of female representation in art is as timeless as gender itself…and if politics are reflecting the shift in our social morays, what does art say about the new acceptable masculinity? 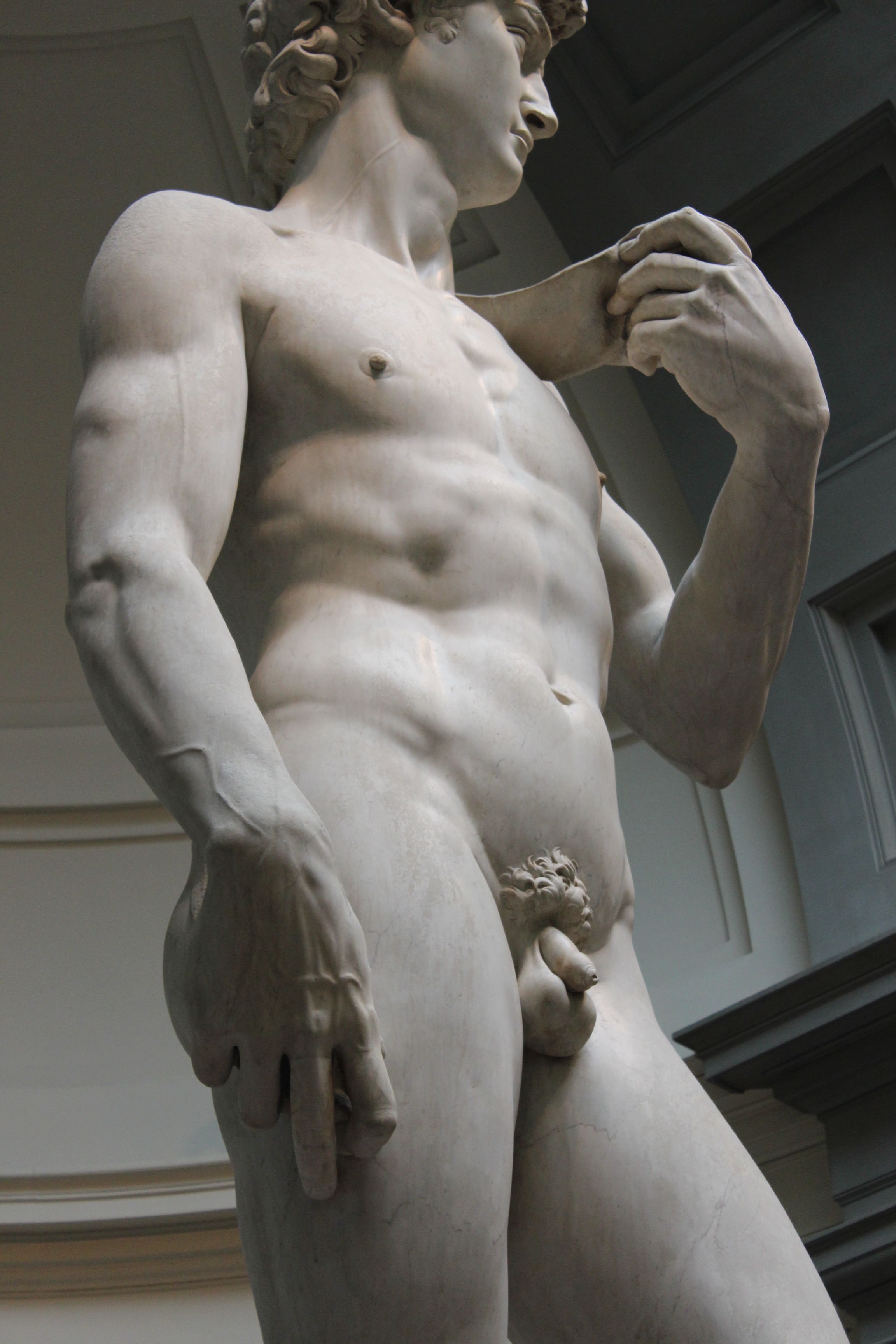 To me, the first real anchor of manhood itself is the Greco-Roman form. The male ‘Adonis,’ came to represent the masculine ideal, typifying the genteel and delicate strength of male beauty. Yet while women were largely relegated to the role of domestic, fragile maiden in art, men couldn’t just be beautiful. They also had to be warriors.

Michelangelo’s David encapsulates this. The 16th century marble sculpture is of an aesthetically proportionate man, yes, but David is also the man who defeats Goliath, a giant who initially seems stronger. The symbolism is thinly veiled: only in displays of power can men achieve prowess and flawlessness. In today’s political terms, this means that male beauty cannot be celebrated without the inclusion of a violent conquest narrative…or at least the acknowledgment of it.

Meanwhile, Michelangelo himself was the anti-David – homosexual, reclusive, inward, and potentially volatile, and the men perpetuating a hyper-masculine ideal are still navigating their own shortcomings today. (On a less serious note, Vice President Mike Pence’s skin is just too good for someone so anti-gay…and the internet agrees with me). 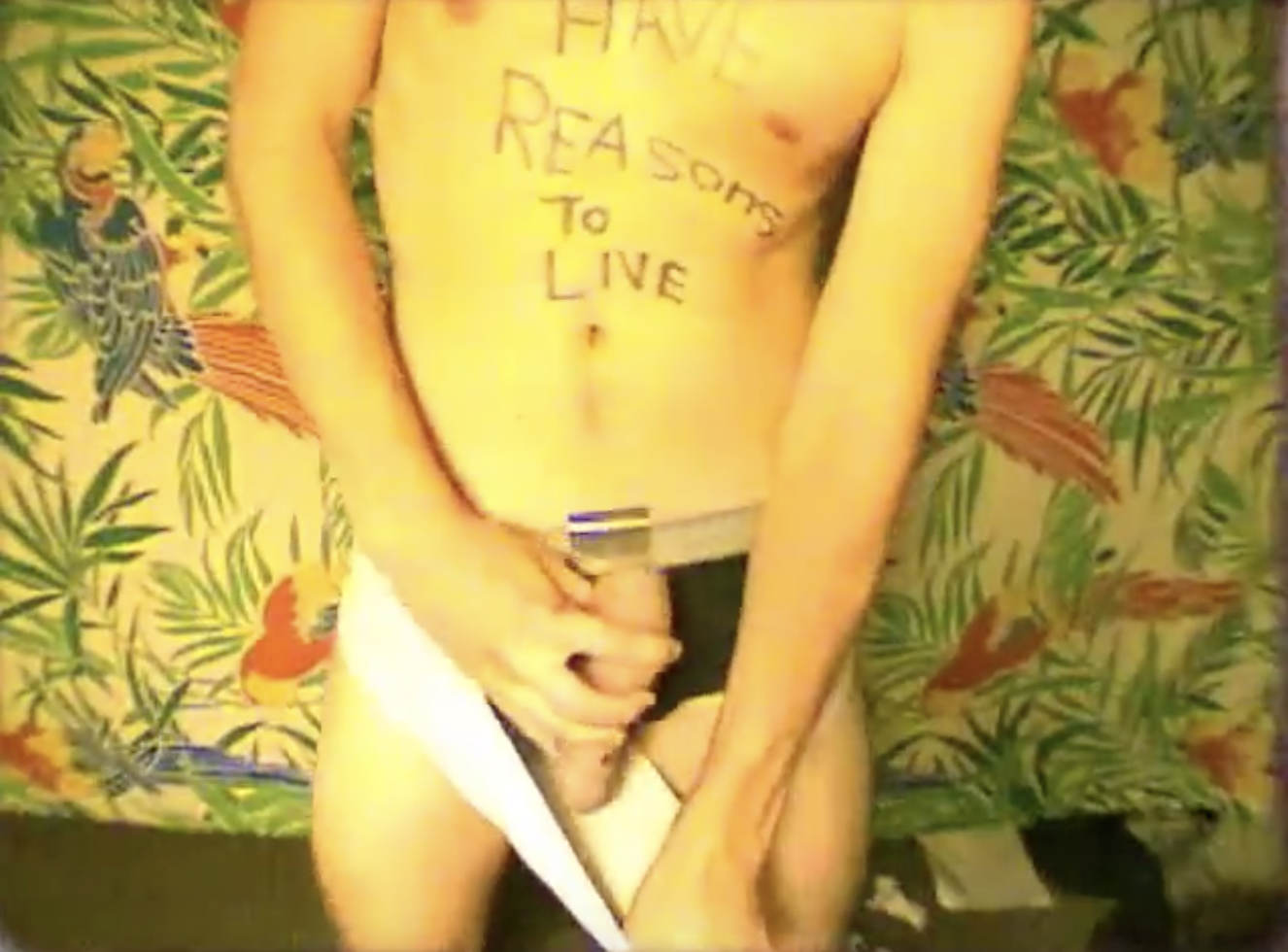 Flash forward through years of burying masculinity in aesthetic perfection to Ryan Trecartin, aged 37. His subversive performance art and video directly oppose the stability of societal norms, and masculine tropes are a casualty of that analysis. Particularly in What’s The Love Making Babies For, from 2003, psychedelic reflections dually challenge and delight. Through moans and riddles, snippets of clarity around the phallic evolution reveal themselves.

“You’re in that dimension and I’m in this one,” he says to another androgynous version of himself on the screen. “…Your evolution was unpredictable. I think it’s the best thing.” 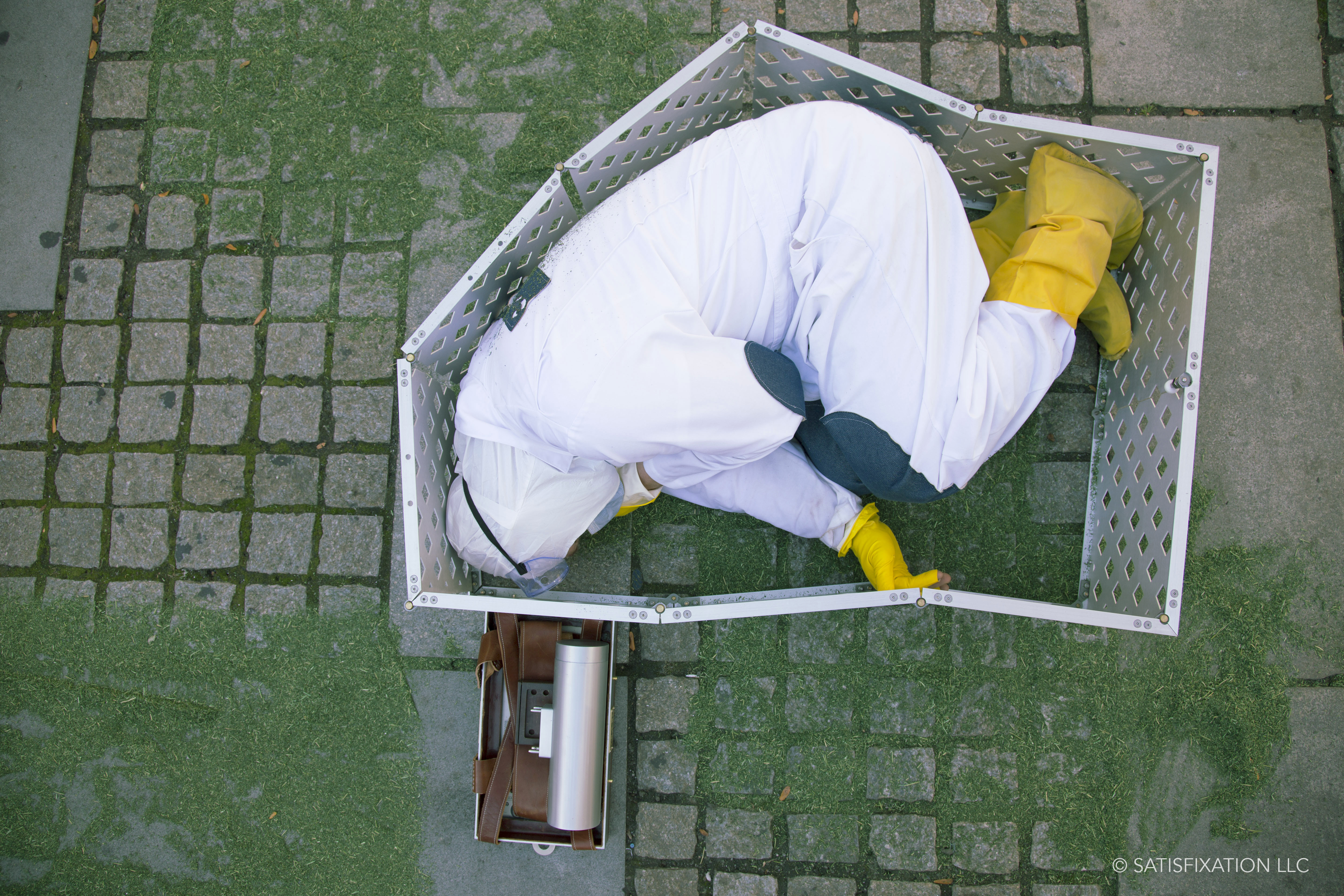 What is becoming of man in this post-gendered discourse? In short, separation and fear are pervasive. The dichotomy between the centuries-old expectation of domination of power and the new standard of respect is somehow an insurmountable tension.

One recent performance artist has fixated on separation and sterility – Satisfixation LLC, run by Gregory James. Though the messaging is not interlinked specifically with gender, James shuts out the sociopolitical machine by insulating himself and fellow artists with custom designed manufacturing paraphernalia. One particularly bold example is the M.P.C.U. 200 (short for Mobile Personal Climafication Unit), a custom-built mobile air conditioner, which James moves around cityscapes in stilted, deliberate movements.

Part robot, part doctor, the performance speaks to an age at once inundated and afraid of its own layered isolation. I had the pleasure of acting in one of these pieces, and I can tell you that from the inside, its inoculation is surprisingly satisfying per the title of the organization, revealing the nature of fixated onlookers while protecting the performer.

As the right-wing and the left-wing go to war over gender and sexual oppression, these works reveal the truths needed to keep ourselves safe. From fertility and conquest to fragility and protection, the artistic dialogue can’t help but mirror the political one. Who knows what will become of the Kavanaugh trial, or of the men around us? But corny as it is, the art will last forever.