Sharifzadeh ‘Are We Already Gone?’ An Analysis of Contemporary Social Diaspora 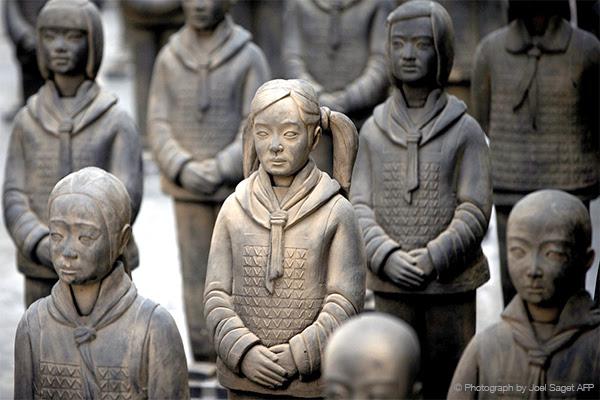 Prune Nourry often questions gender in her work, but the aesthetic power of 116 Terracotta Daughters is exceptionally staggering. The Parisian artist worked with a craftsman to sculpt the life-size terracotta, modeled after eight living Chinese girls. The showcase directly references Emperor Qin’s Terracotta Army, a national treasure of China dating back to ca. 210 BC, but the marked change from warrior to young girl has an undeniable symbolism.

Nourry’s showcase has traveled across Europe, making its debut in New York just in time for September Asia Week. It opened in Shanghai, and plans to be closed there: the work will be buried until 2030 just like the Terracotta Army was buried until the 1970s, hopefully to be unveiled again as an archaeological revelation.