Ceramics at The Salon Art + Design in New York

The Art + Design Salon in New York is a bright star in the sky of annual fairs. This year’s edition of the Salon, held at Park Avenue Armory between November 12th -16th, brought together 55 internationally renowned design-galleries showcasing the best, with much of it museum-worthy in design, art, and craft.

Although there is much art on view, the furniture was the most eye-catching. Gems like Le Corbusier, Perriand, and Jeanneret’s B301 armchair, presented by Galerie Ulrich Fiedler, The Campana brother’s bright orange fish scale sofa at Friedman Benda, and Zaha Hadid’s “Liquid Glacial Chair” for visitors to not only see but also touch, sit in, and for those with a big wallets, to bring home.

The earliest human figurines and animals found in clay, date to 24.000 BC. Potters have been experimenting with the material ever since. Amongst the eclectic mix of 18th century to contemporary ceramic pieces at the fair, the work of three contemporaries caught my attention: Katsumata Chieko at Joan B. Mirviss, Tukaro Kuwata at Salon 94, and Kate Malone at Adrian Sasson. 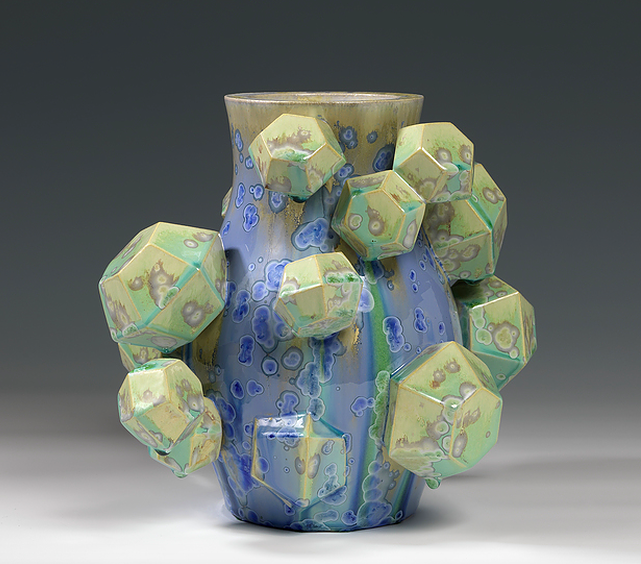 Kuwata, a young Japanese potter, breaks the rules of ceramics in his process by applying glazes so thick that his candy-colored, stone-embossed pieces explode in the kiln. The results are oddly shaped, dysfunctional, yet tantalizing pieces that bring a smile to your face. Chieko explores spirituality in her glazed stoneware. The organic shapes with uneven surfaces and hollow insides, like the tentacles of a sea-flower or a pumpkin are intricate technical feats exuding calm and serenity. Pumpkins are a Japanese symbol of fertility; visual artist Yayoi Kusama often uses them in her work. Both Japanese potters are being celebrated for their work in museum shows: Kuwata is currently on view at Museum of Arts and Design and Bonnefanten Museum in Masstricht recently showed Chieko’s work.

The British dealer Adrian Sasson has been instrumental in garnering interest and expanding the market for ceramics. Several large-scale, crystalline glazed, and notoriously difficult to handle pieces crafted by Malone were the centerpieces of his booth. Decorative ceramics do not only showcase human ingenuity, but can also be conversation starters, stirring strong sentiments as they bring color and life to any room.

Design and art are inherently different, in simple terms: design is often mass-produced and utilitarian with attention to the design process whilst art is ideated by an artist on a smaller scale and praised for it’s conceptual framework. Craft is a hybrid of the two. But, as I walked down the aisles of Art + Design, the three categories merged – it is only in showrooms or museum settings that the boundaries are enforced. A home should contain a mix of design, art, and craft. 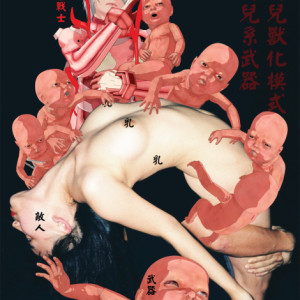 Chen Tianzhuo (b. 1985) invites me into his Beijing studio wearing red sweat pants and a multicolored rainbow hoodie that...