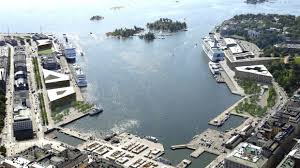 An aerial view of the harbor, via its official website announcing competition updates

This week, the Guggenheim Foundation inaugurated its first-ever architectural competition for a proposed museum space in Helsinki, Finland. While the press release reports that over 700 inquiries were made even before that point, among them internationally famous and lesser-known firms and individuals.

The event was announced at Helsinki’s Restaurant Palace on the South Harbor overlooking the eventual 200,000 square foot site, but was initiated with the City of Helsinki (and the State of Finland by proxy) in September of last year as a space for 20th-21st century art and Nordic specialization. The budget as of now stands at 130 million euros before taxes, with a combined return of 41 million in tourists, job creation, tax revenue and international presence per annum.

However ultimately productive global museum outreach may be, this raises larger questions about artistic investment internationally. Although projected as a positive local investment, there is however a residual concern about the furtive globalized branding of the Guggenheim enterprise. This development is reminiscent of the Guggenheim Abu Dhabi project, which stalled after the Recession despite 2006 excitement. The building remains in construction. 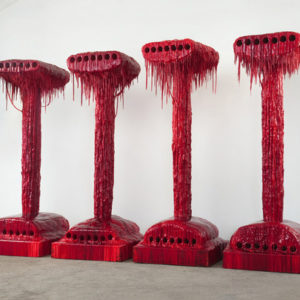 It turns out I never really understood Sterling Ruby. Because the characteristic stalagmite sculpture is so otherworldly,...