The Power of a Twin Painting: Man Steals Rembrandt and Gets Off the Hook 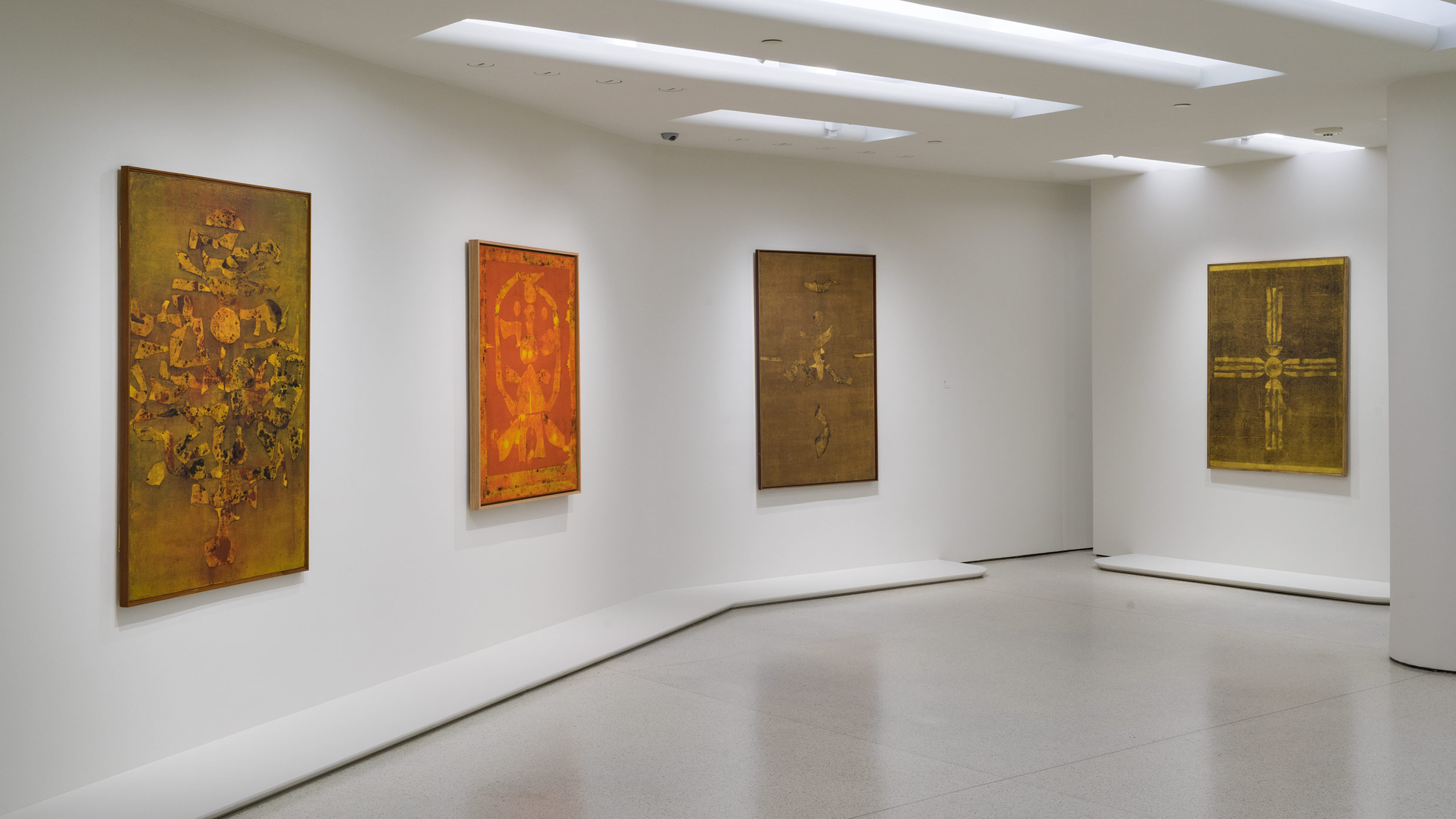 P.S. I’m absurdly excited about looking forward to this.

From the press release:

An artist of singular stature, modernist painter Vasudeo Santu Gaitonde (1924–2001) was known to fellow artists and intellectuals, as well as to later generations of students and admirers, as a man of uncompromising integrity of spirit and purpose. Born in Nagpur, India in 1924, Gaitonde was briefly affiliated with avant-garde collectives such as the Progressive Artists’ Group and the Bombay Group in the early ’50s. Nonetheless, he remained independent throughout most of his career. This exhibition draws an arc from Gaitonde’s early, figurative, mixed-medium compositions and watercolors inspired by Paul Klee, through his major bodies of signature canvases from the 1960s and ’70s, to his late works from the 1980s and ’90s. Departing from Klee, Gaitonde’s practice began in the late 1950s in a nonrepresentational mode—or, as he preferred to call it, a nonobjective style. This turn towards abstraction is in accordance with the artistic principles first espoused by Vasily Kandinsky, as is embodied by the Guggenheim’s origins as the Museum of Non-Objective Painting, and also dovetails with Gaitonde’s lifelong interest in Zen Buddhism.

A transnational set of references and influences provides an art historical context for Gaitonde’s work and defines this exhibition. Gaitonde’s work spans the traditions of nonobjective painting and Zen Buddhism as well as Indian miniatures and East Asian hanging scrolls and ink paintings. When looking at Gaitonde’s oeuvre within the wider related context of international postwar art, one can also draw parallels to artists working within the contemporary School of Paris, as well as movements such as Art Informel, Tachisme, and Abstract Expressionism. Yet Gaitonde’s output continues to be defined by the particular ethos of India, where the artist lived and worked his entire life.