This week’s big story in art theft news was the recent arrest of Patrick Vialaneix, a Frenchman who fell in love with an [alleged] Rembrandt when he was a young boy, expertly learned the alarm systems of its home museum, and smuggled the painting from home to home as he entered a very troubled middle age. No one knew that he was concealing a Rembrandt in the linen closet, not even his wife or therapist (thank you very much, informative Barnebys article…the full, real, juicy story can be found en français dans le monde).

Great movies like The Thomas Crown Affair often speak of a kind of voyeuristic adrenaline that comes with art theft, or an insatiable greed to possess status symbols recognized the world over. In one true case of crazy Holocaust art I wrote about, the son of a Nazi official hid masterpieces in his cellar and lived reclusively off the occasional sale on the black market, desperate to maintain a distorted familial and cultural legacy. 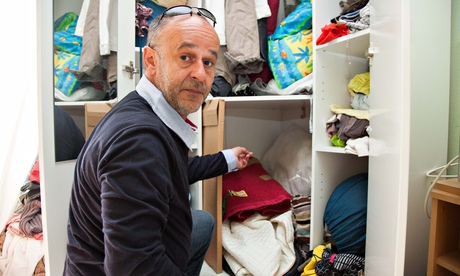 Vialaneix showing where he hid the painting, via the Guardian

Miraculously, the statue of limitations had run out by his confession, and he got to live out the glory of remembering his feat. Only in France…

Vialaneix was atypical in comparison: first and foremost, he was motivated by a sort of bizarre self-love. When he looked at Child with a soap bubble at the age of 13, he found the painting to look so much like him that he became obsessed with it, changing the entire course of his life to possess this unseemly other version of himself.

Ok, so I haven’t stolen any paintings recently, but I weirdly understand where Vialaneix was coming from. Let’s be real. Haven’t you ever seen a painting that looked just like you?

Maybe it’s just me, since my poor pale skin looks like it hasn’t seen the light of day in about 300 years, but I often draw comparisons to 19th century and Renaissance paintings. Every once in a while I go to a museum and see an old portrait that jars my memory because it looks familiar, and beyond that sometimes, they really could be me. Here’s William Adolphe Bouguereau’s The Little Knittter (1882), and me, ca. 1992. Then I devoted my life to obsessing over this painting, working in museums, and one specific art theft–obviously not, but totally plausible.

Editorial play has noted that the vain preoccupation consuming Vialaneix was reminiscent of The Picture of Dorian Gray by Oscar Wilde, but I think it’s really more about self-fulfillment than the primary undercurrent of hedonism in the book. While Dorian destroyed the painting to save himself, Vialaneix destroyed himself to save a painting.

Feel free to comment with your own art + self pairing 😉