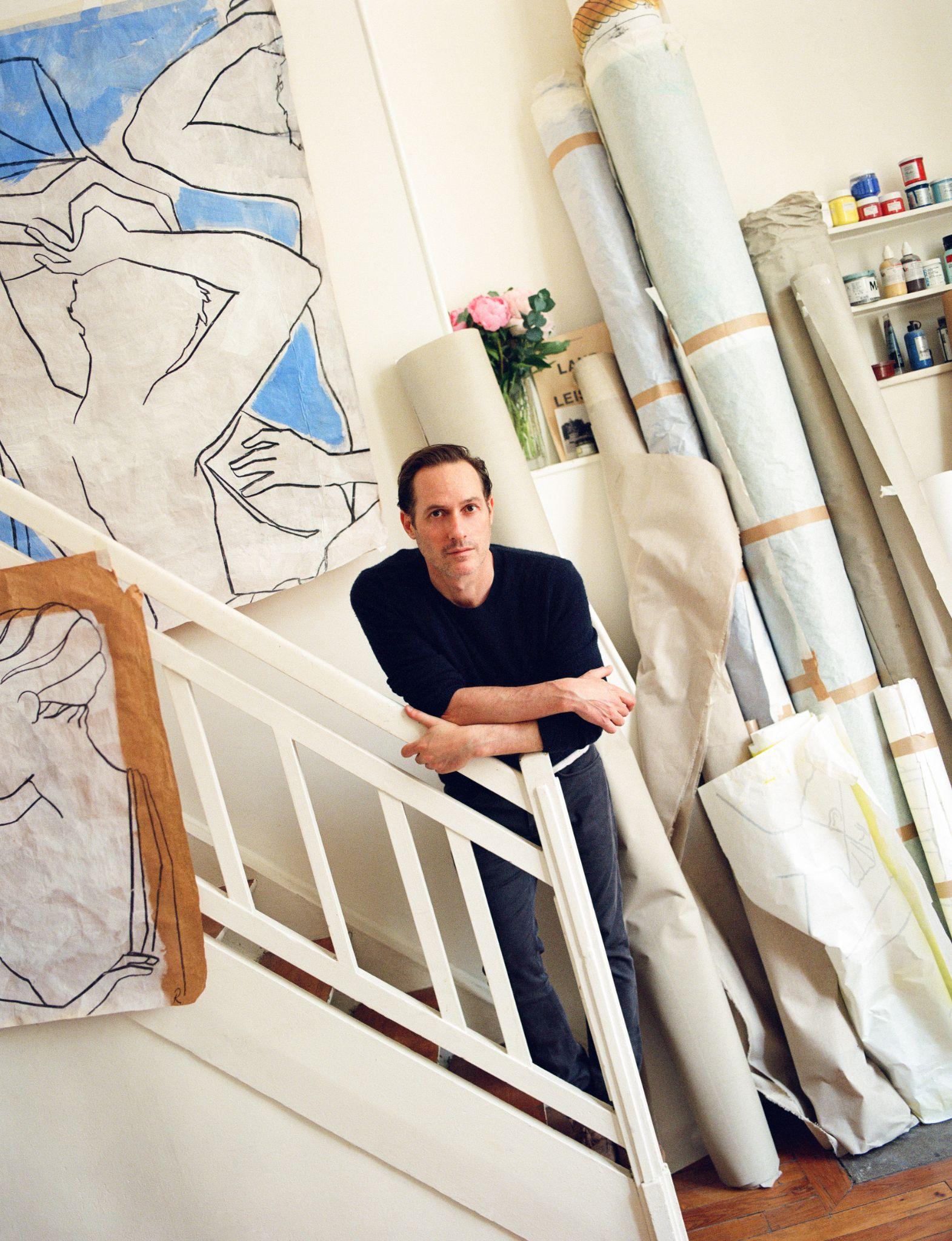 Roberto Ruspoli in his studio ©Matteo Verzini Photography Archives’Nemo propheta in patria,’ the Latin saying which means ‘No man is a prophet in his own country’ perfectly describes the muralist and multimedia artist Roberto Ruspoli. When we connected on the phone, he stresses that most people who achieve success do not do so in their birth town. Ruspoli is a very elegant man who has harmoniously revived the ancient art of fresco into the contemporary world. Paris has been home for the eclectic Roman-born artist for the last few years and there he has worked on many interesting projects that marry art with design. “It is one of the most dynamic cities for artists, and it has been for the past century, “ he say about the city in which many industries look towards artists for commissions and collaborations. ”Overall, Parisians have regard for art while holding artists in high esteem,” he continues.

It has been a busy year for the 49-year old artist. Ruspoli’s work is incorporated within the design of Paris’ first and newly opened Soho House located in the Pigalle area, the former redlight district that is known for its nightlife. The swanky global members club with hotel geared towards creatives is housed in the poet and artist Jean Cocteau’s former home. Fittingly he penned Les Enfants Terrible, and the interiors are inspired by his raucous spirit. Ruspoli has painted simple but sophisticated black linear human Greek-like figures on cream-colored walls in bedrooms, the restaurant, and the hallways of the winding interior. At times, the figures even extend to parts of the ceiling. “When I do this kind of work it’s like playing jazz. I improvise. Once, I’m in front of the wall, I might stray from my initial sketches to follow my intuition,” says Ruspoli. “Music gives me a sense of freedom. I love to paint with a brush directly on a wall. It’s like having no boundaries. Of course, the room is limited but you don’t have the same sense of limits that you would get when working on canvas. The more space I have and the more joy I get”, says the artist, as he explains his mural work.

The classical world serves as the artist’s main source of inspiration. His human figures are inspired by ancient Greek art and his murals, the frescos from ancient times. Merging ancient forms with modern minimalism, he uses charcoal or paint to create line drawings on empty walls. “The technique can change according to the needs of a project”, says Ruspoli, adding that rather than a singular technique or material it is the sense of movement that is ever-present in his work. These mural frescoes with Greek-inspired linear figures are a signature motif for Ruspoli. They have been especially popular this year, similarly to Soho House, he painted one for the new restaurant Bambini in the contemporary art center Palais de Tokyo. It is beautifully painted in a soft indigo color, to match the stylish interior. These murals pair well with restaurant decor, as they are harmonious and beautiful.

“Beauty and harmony are a way to escape or to simply belong,” says Ruspoli. A few years ago Ruspoli spent time at the first Greek colony in Italy, in the region Puglia. Just like a monk, he spent a year meditating on his art, in a villa in the middle of the Italian country side, getting stimulated by other cultures, and looking at things with a new eye. During his retreat he made ceramic sculptures.

For Architectural Digest Interieurs, in 2018, during France’s Paris Design Week, Ruspoli and his friend the architect Fabrizio Casiraghi created the “Bibliothèque Bohème”, the Bohemian library in the 15th-century Hôtel de la Bûcherie. Ruspoli painted a mural ceiling in the room which was lined with green-lacquered bookshelves with Homer’s Odyssey and works by the Greek sculptor Philolaos, punctuated by coral-like divider lights and books on oriental art. The room realized a joint fantasy in staging the classical ideal with a modern twist.

Ruspoli’s influences extend beyond classical ideals of beauty to more modern approaches. Edvard Munch, one of his favorite artists, “was not seeking beauty but still, beauty is everywhere in his work, even in the nightmares that he presents,” he says about the Norwegian artist. I find that his oeuvre of sculptures and drawings all come out of a spontaneous creative act, a flow, almost impressionistic-like. “Everything influences me, whether I am aware of it or not,“ says Ruspoli.

Ruspoli has long extended his reach into the design and fashion industry. In the ’90s, a young, fresh-faced, and eager Ruspoli attended the School of Visual Arts in New York where he studied with the abstract painters Michael Goldberg and Georgia Mars who both played a role in guiding his work as a muralist and painter. But he also explored other creative industries, he posed for David Seidner, an acclaimed fashion photographer, and he acted in the production of the show Dido, with choreographer Pina Bausch staged in Rome.

Unafraid of experimentation and a new challenge, Ruspoli worked on his smallest scale project yet: designing an etiquette for a wine bottle. It was a big achievement for Ruspoli, who has been dreaming of having one of his drawings on a bottle since he was a little boy. He also worked on a collaborative project for Architectural Digest France. Together with stylist Sarah de Beaumont, photographer Yoshiyuki Matsumura and AD France creative director Thibault Mathieu, he created a series of paintings to match interiors for the magazine. “A great experience where I could share my vision and create something that was part of the effort of a team,” he says.

Ever busy Ruspoli is now working with interior designer Francis Sultana on the Hotel La Palma, on Capri, the beautiful Italian island near Naples. He is also working on a series of oil paintings inspired by Italian surrealist artist de Chirico, a project he has been dreaming of since his youth in Rome. Always looking ahead, his biggest dream is unrealized; “freeing the subconscious by telling a story in multiple frescos located in different rooms, evoking it like poetry, and discovering the work only when it’s done,” he says. And, as we hang up I am sure that we will see it realized soon. Ruspoli is not only an artist but also a doer.

Exquisite Imitations and Elaborations of Nature at The Salon Art + Design 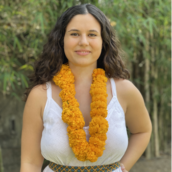 Guest Writer, Cultbytes. Virginia Melodia is a Set Design student living in Milan, Italy. She has studied history of art and has a great passion for art and culture. She frequently visits museums, art-related exhibitions and events. Melodia has collaborated with young artists with art direction. l igram l