Recently opened in ShanghART’s Westbund location is “Monuments,” Apichatpong Weerasethakul’s first solo exhibition in Mainland China. A spectacular display of the lasting appeal of light, memories, and fleetingness, the show injects a dose of surrealism and quiet force to Shanghai’s summer art scene. A critically acclaimed director, screenwriter, and producer, Weerasethakul is primarily known for his feature films and his role as an active spokesperson for anti-censorship and LGBT rights. Yet this solo show is focused on bringing out the surreal and the poetic in the mundane, where the artist’s cinematic tour-de-force precisely lies. 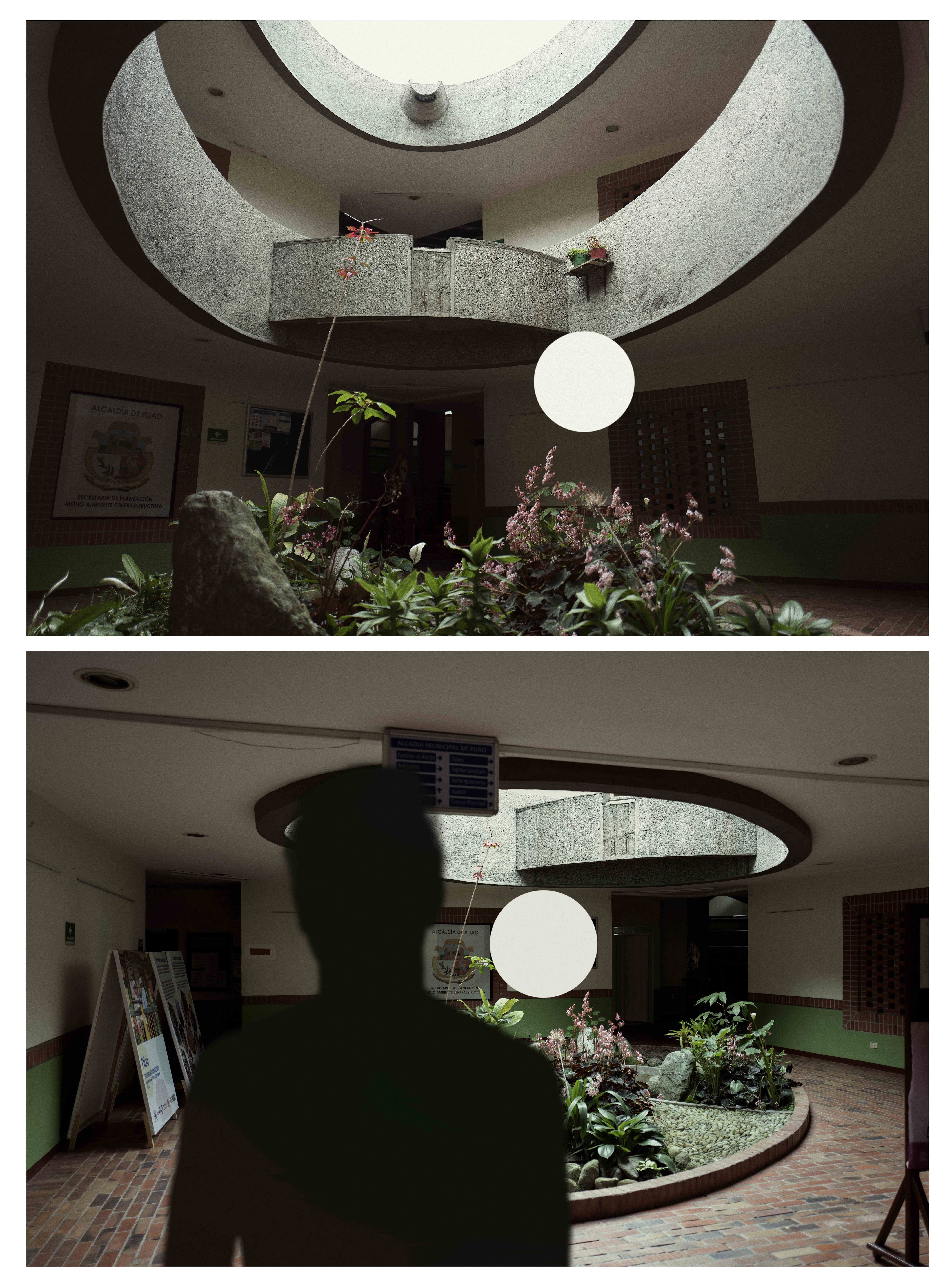 Composed of photographic works and experimental shorts made between 1994 and now, the show succeeds at forging an immersive viewing experience that is at once cinematic, atmospheric, and fluid. The exhibition title, “Monuments,” can be understood as a multi-layered understanding of reality and representation: it not only refers to the monolithic statues found in the artist’s films, but more importantly, how these nationalist symbols and markers of tradition are always imbued with personal memory, inhabiting a liminal space where “fact, fiction, and dream merge” (in the artist’s own words).

Upon entering, one has to first adjust one’s eyes to the darkness of the room, as ultraviolet footage of migrant workers huddled together in a tent gradually emerges. Yet their perceived warmth and peace is only temporary: three wild dogs pace back and forth respectively on each adjacent wall. Made up of glowing orange silhouettes, they give off an air of ethereal beauty—their flickering movement underscore their grace and intelligence—as well as undeniable menace—their proximity elevates the level of tension and anticipation.

If the front room accelerates suspense, the second room is in comparison climactic and provocative. A gigantic fire is projected on a glass pane hanging in mid-air. With the hint of a fan burning within the debris of the fire, the atmosphere becomes contagious with ritualistic elements and metaphorical intent. Dispersed throughout the whole space is “Video Diary”—five smaller video projections that serve as tiny windows onto Weerasethakul’s reflections on his daily life in Thailand—fragmented snippets that constitute our experience of time, space, and stuff that inhabits the in-between. In “Fire Garden,” abstract moving shapes are overlaid on top of natural flora, as one dimension drips, melts, and morphs into another. Opposite Tilda Swinton’s iconic face, which stares candidly into the viewer’s, the artist’s father is having fluids injected into his stomach. The sense of disorientation generated out of familiar memories of the past and everyday spaces is reminiscent of Maya Deren’s surrealist films, which equally make use of juxtaposition and superimposition to create unsettling states of lucid reverie.

Stepping into yet another spacious viewing space, one is thrust into the play between light, text, and affect. Loosely-paced without a clear narrative, “Shadow” (2016) is composed of a string of blurry parts that outline quotidian moments that float aimlessly somewhere in our subconscious, whether an intimate interaction between two figures in a room, or mottled shadows cast by willow trees by the riverbank. Slow and contemplative, the serene images are constantly interrupted by a warbled clicking noise, as each projector is fitted with a mechanism that blocks the light with black slides at the end of each section, perhaps a testament to our abrupt inability to recall the mundane.

“async – first light,” made in 2017, is another exploration on the theme of light, passage of time, and the uncertainty of identities. Installed in a large viewing room on the second floor, the work takes the format of a whimsical music video. With the score composed by Ryuichi Sakamoto and a poem by Arseny Tarkovsky, Weerasethakul’s visual accompanyment features a luminous outdoor cinema screen, traveling down an unnamed country lane at different speeds, as well as people and animals sleeping. Temporalities are collapsed, dream and waking states intermingled, melding together into an endless loop of eerie infinitude and crystalline wonder.

In addition, a selection of works from “Memoria,” a project that Weerasethakul undertook on the private lives that were affected by large-scale tunnel constructions in Calarcá, Colombia, is also on display. It would be wrong to assume that Weerasethakul’s art is devoid of political intent. As he said in an interview, “cinema is more of a kind of personal expression; if you just want to create political appeal, you don’t need to make a film”[1]. One has to grasp the specific powers of a particular medium to create what Jacques Rancière calls “third aesthetics politics”, that which collapses aesthetic experience and the becoming-art of daily life. Ultimately, these works respond to aspects of social life in Weerasethakul’s homeland of Thailand. Private worlds—collaborations between friends, loved ones, and inanimate objects—and the public sphere—whether monuments, traditions and rites, and nature—are collapsed and become indistinguishable. 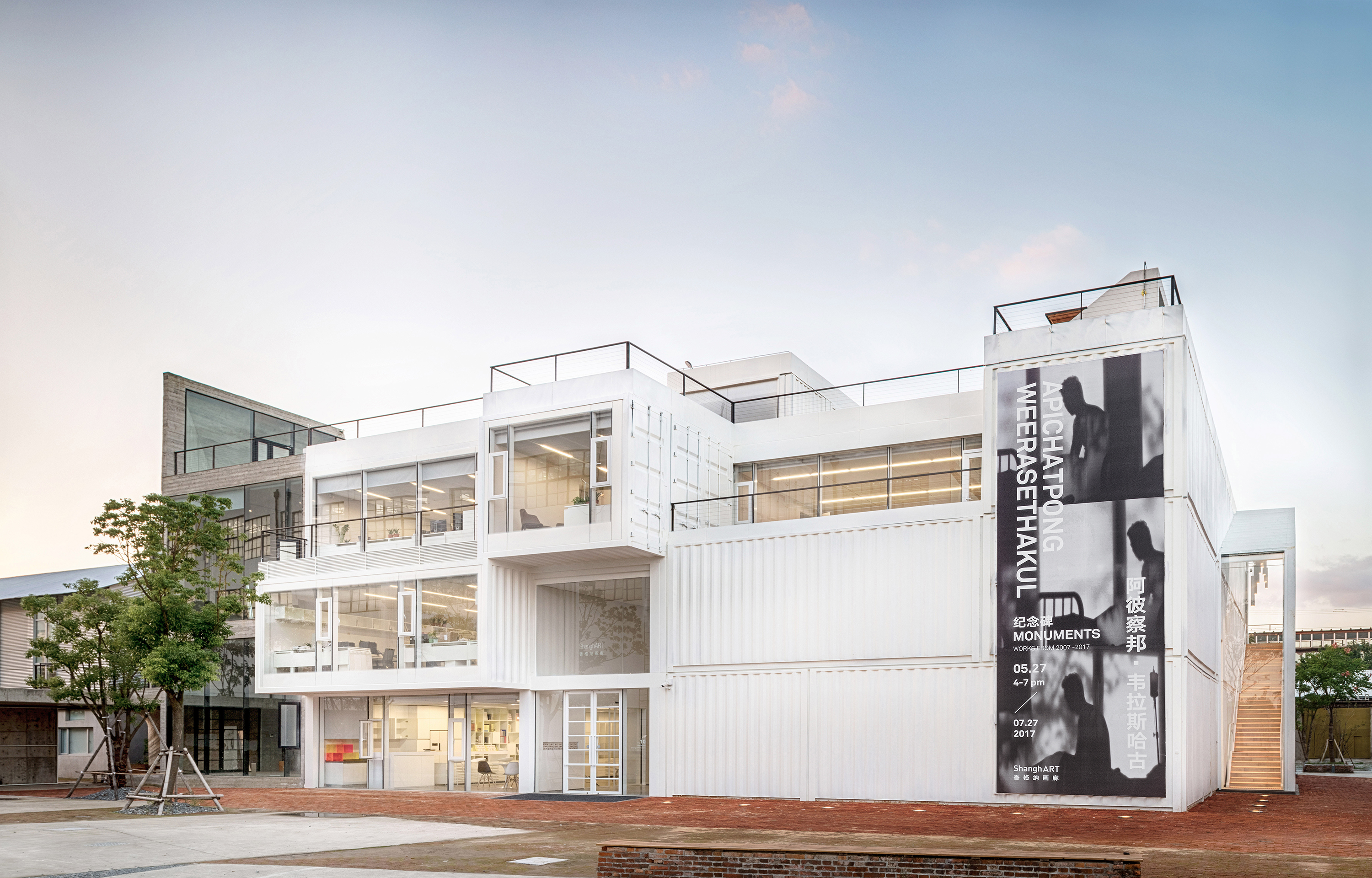 ShanghART Gallery’s new location in Westbund Art District only just opened in November of 2016. Fully equipped with the capacity to host a show of such caliber, the impressive two-storied gallery also features a fully-stocked library open to the public.

Banyi Huang
Writer, Cultbytes Freelance writer, avid instagrammer, and artist-when-there-is-time based in New York. She is currently pursuing a MA in art history and curatorial studies at Columbia University. She is interested in the intersection between the performing human body, digital landscapes, and opticality. l igram l

The Woman Question: Deification as Objectification at the Neue Galerie 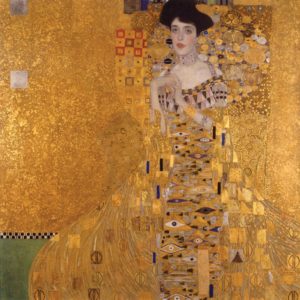 The Woman Question: Deification as Objectification at the Neue Galerie

Full disclosure: I LOVE the Neue Galerie. In a contemporary art world beset by white cubes and arguably apathetic modernism,...