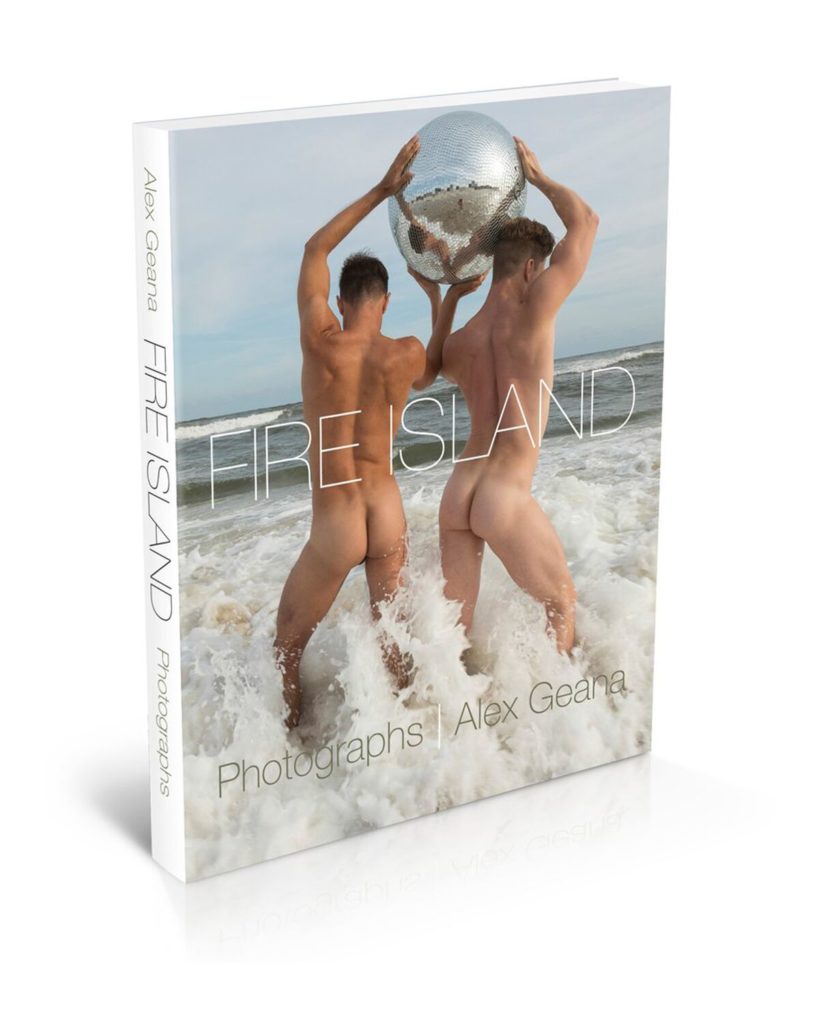 Alex Geana is a rare amalgamation. Over decades of working as a photographer in New York, he has cultivated a unique essence to his imagery across worlds. Whether fashion editorial or pieces of fruit, blog posts on queer culture or marketing, he has straddled categories and struggled to make a name for himself. With the release of his first book, “Fire Island,” Geana repositions himself once again—this time, revealing a piece of his soul in the finished result of the creative process.

Geana is also an excellent friend. He is a true bohemian, he openly shares his challenges and supports fellow industry players. Now 40 years old, photographer Alex Geana has been tirelessly documenting New York City’s gay male culture for well over a decade. But he has never given up on his ability to capture a moment, and a voice. Today, he is arguably at the apex of his career.

Enduringly grateful, he was quick to say, “So many people have come before me who have influenced my career and life. Art only happens in a community, with strong support. I’m going to be forever thankful for the people who inspired me and let me just be an artist.” 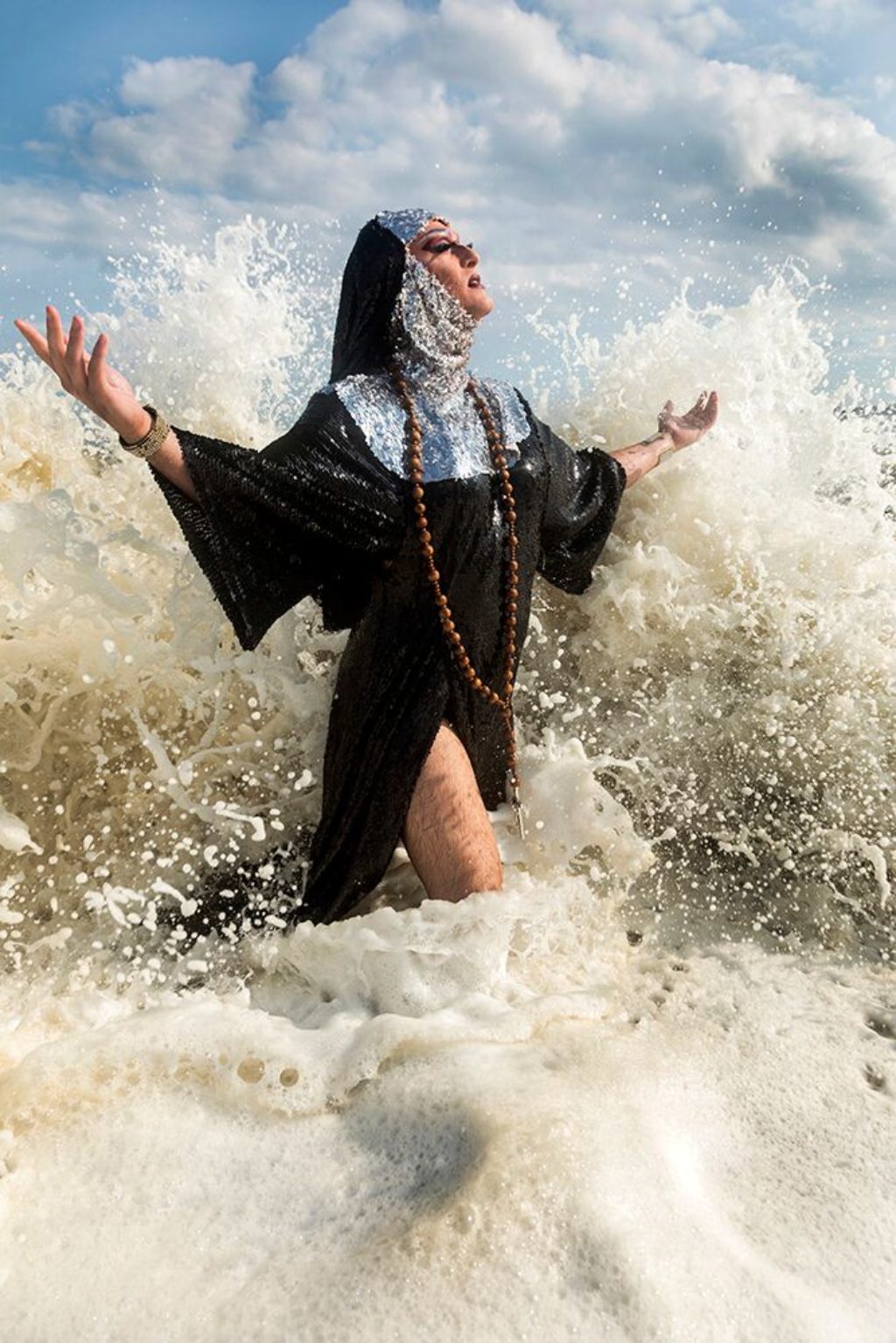 Above: Photograph by Alex Geana published in”Fire Island.” Previous: Book cover. All images to follow are published in the book and courtesy of the artist.

With “Fire Island,” Geana truly comes into himself as a creative. It effectively documents the lifestyles of the gay enclave, in all its joy and opulence. The book is particularly poignant for its astounding breadth and sophistication of gay male imagery. He infuses elements of loneliness and voyeurism into the scenes on hedonistic overdrive, resulting in a richly layered commentary on both personal and social journeys.

The result is a stunning volume of scenes from Fire Island’s gay enclaves. The book takes the viewer on a journey through the beachy paradise, from frolicking in the sea-spray to languishing in a mansion, to concerts in drag, and early morning come-downs. It evokes the ethos of the early 2000s into the present day in a way that has never been so well encapsulated.

As a young gay man when he first moved to New York, Geana spent countless hours roaming the halls of the Metropolitan Museum of Art, the Museum of Modern Art, and the galleries of Chelsea to learning the recognizable motifs. Working as a waiter, he spent time with retired Bryn Mawr professor Kathy Janowitz, who regaled him with art historical narratives over martinis at Bemelmans Bar at the Carlyle and dinners at the Round Table at the Algonquin, both hotel restaurants on the Upper East Side. Through Kathy, he learned, “how to communicate through setting.”

Geana subsequently took coursework at the School of Visual Art, courtesy of the late Regis Lippert. Regis daughter, Angelina Lippert, was a close friend to Geana and is currently the chief curator at Poster House. Janowitz passed away in 2007, and Regis Lippert in 2012. 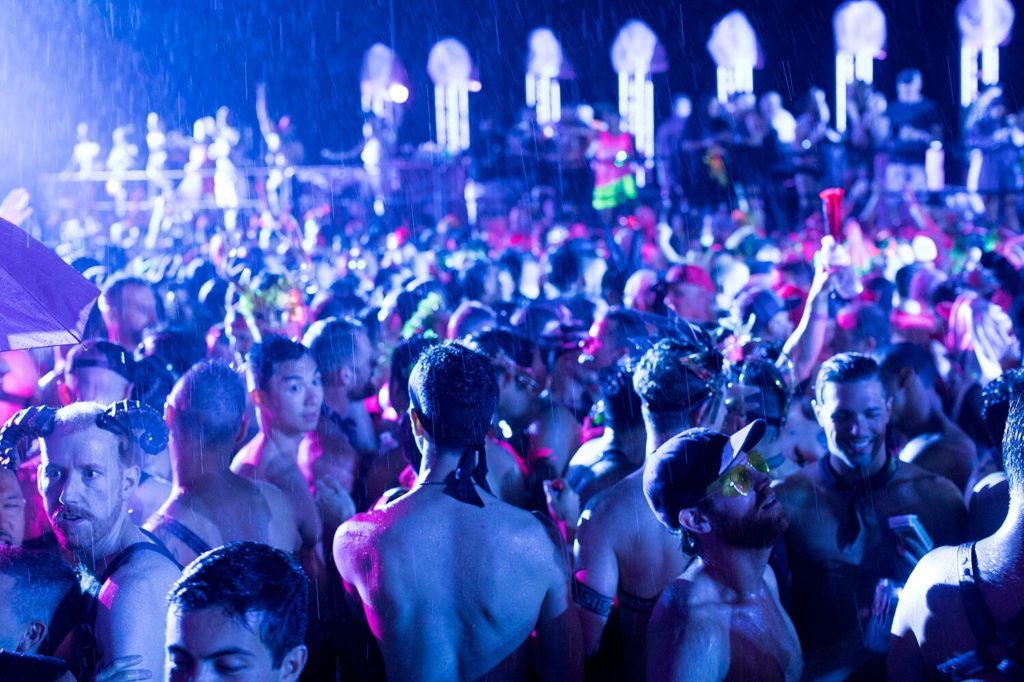 The result of this training is undeniably exciting in its overtly referential aptitude. The fierce contrapposto of the men in his book speak instantly to the Renaissance and Greco-Roman male marbles. The depictions of hyper homo-masculinity are not literal or gratuitously pornographic; they are timeless.

The men on the cover suggest the god Atlas. The beautiful man with his arms spread wide alludes strongly to the irrevocable strength of “Winged Victory,” the 2nd century B.C. Hellenistic sculpture of Nike the goddess of victory.  The man in drag as a nun emerging from the water evokes Venus, or Aphrodite, rising from the foam. The nearly-nude men lounging by the pool suggest the comely wiles of water nymphs.

“It isn’t something cerebral and out there,” Geana explained about classical art. “It was really important for me to make this story accessible.” 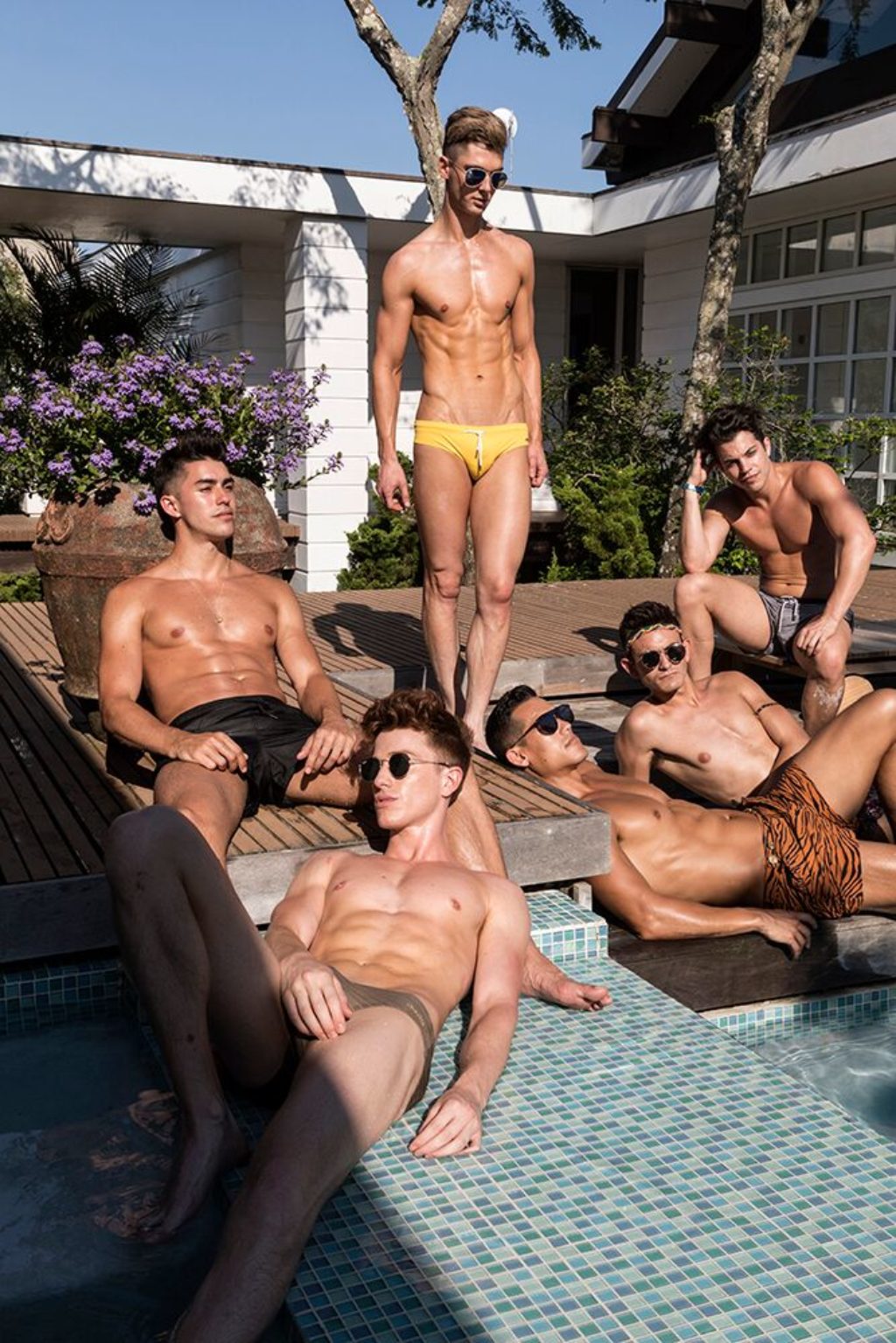 Even so, the male beauty subverts feminine motifs in a powerful statement about the implications of gendered objectification. The typified female beauty in heteronormative art lacks non-binary discourse, and Geana’s work is filling an important 21st-century need for nuance.

Over time, Geana was welcomed into his slice of the gay community, growing his relationship with the Leslie-Lohman Museum and its founder, Charles Leslie. Leslie invited Geana to show for the first time at The Prince Street Project Space, encouraging him to explore his unique window into gay art.

His first trip to Fire Island that set the stage for the book’s production—quite literally, in terms of space and subject matter. Removed from the cramped quarters of his Chinatown apartment, he was free in every sense: emotionally, artistically, and physically. 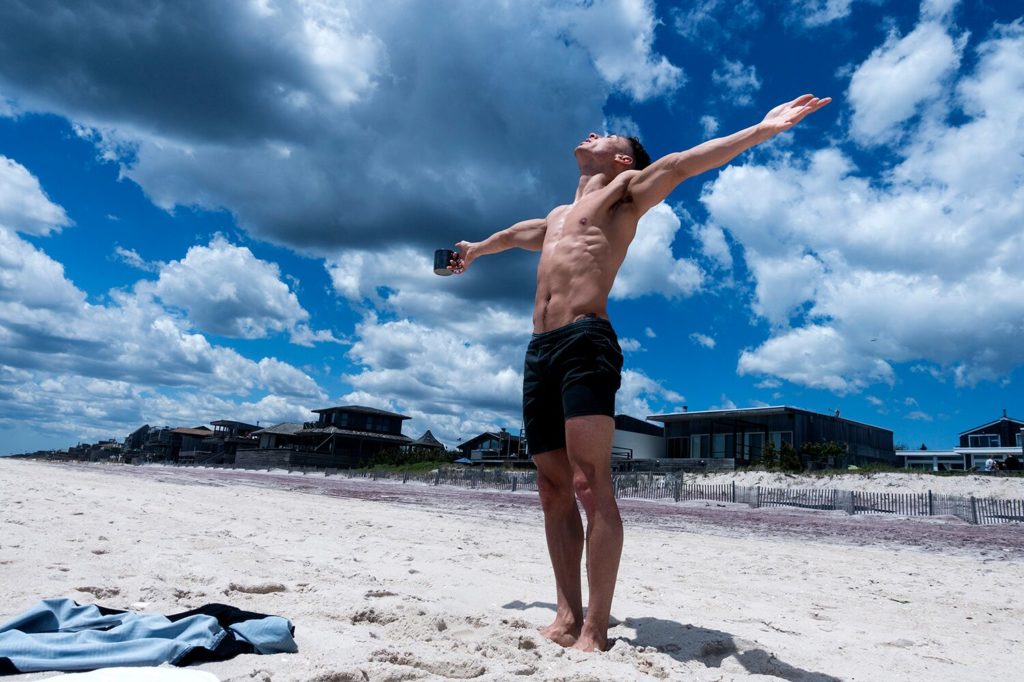 “When I came to Fire Island for the first time, I was mesmerized by how beautiful the location and the place was,” Geana explained. “There were scantily clad men running around and everyone was free, having a great time and felt comfortable in their own skin, I wanted to tell the story of this community…I was mesmerized by the possibilities.”

Geana even addresses pop culture, with men in outfits that could have been worn by a young Britney Spears, and floating pool accessories that convey as much emotion as a well-placed emoji.

The result of this combined commentary at once politicized and easily understood. While the subjects revel in their own power and ephemeral beauty, it is not just to promote a rallying cry, but also a safe haven.

“The book itself is also a historical snapshot of what it’s like to be gay now, it’s political and has a well-rounded slew of themes and subjects,” Geana said. “I really want people to view it and for people to think, it’s okay to be gay, I’m empowered, we’re empowered, especially with all the challenges happening in our world right now. We must have gay work out there, that represents the community in a powerful unabashed light.”

He continued, “We will be okay. This little sandbar on the edge of reality is a home for many of us; its history and continued survival are vital.”

Interview with the New Director of the Leslie-Lohman Museum: “I Want People to Understand that Queer Experience Connects Us All”

‘Coming into Community’ at the Oslo Architecture Triennale