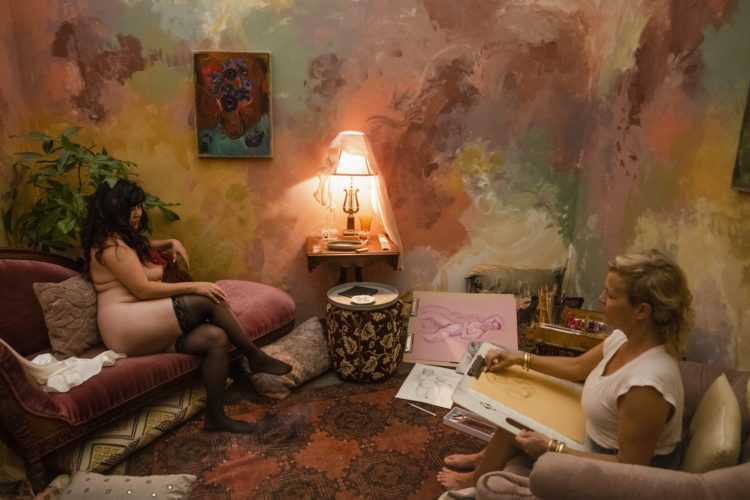 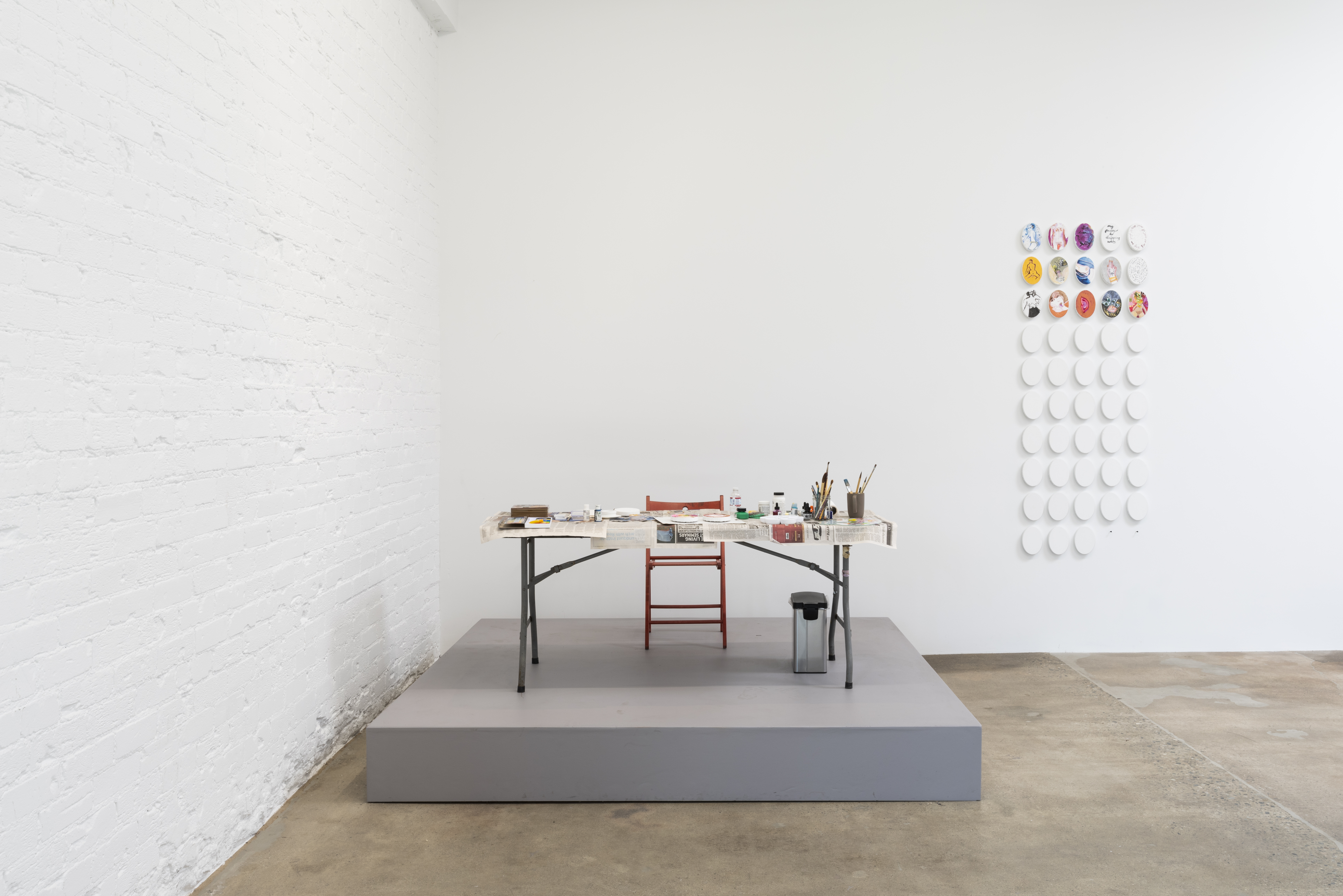 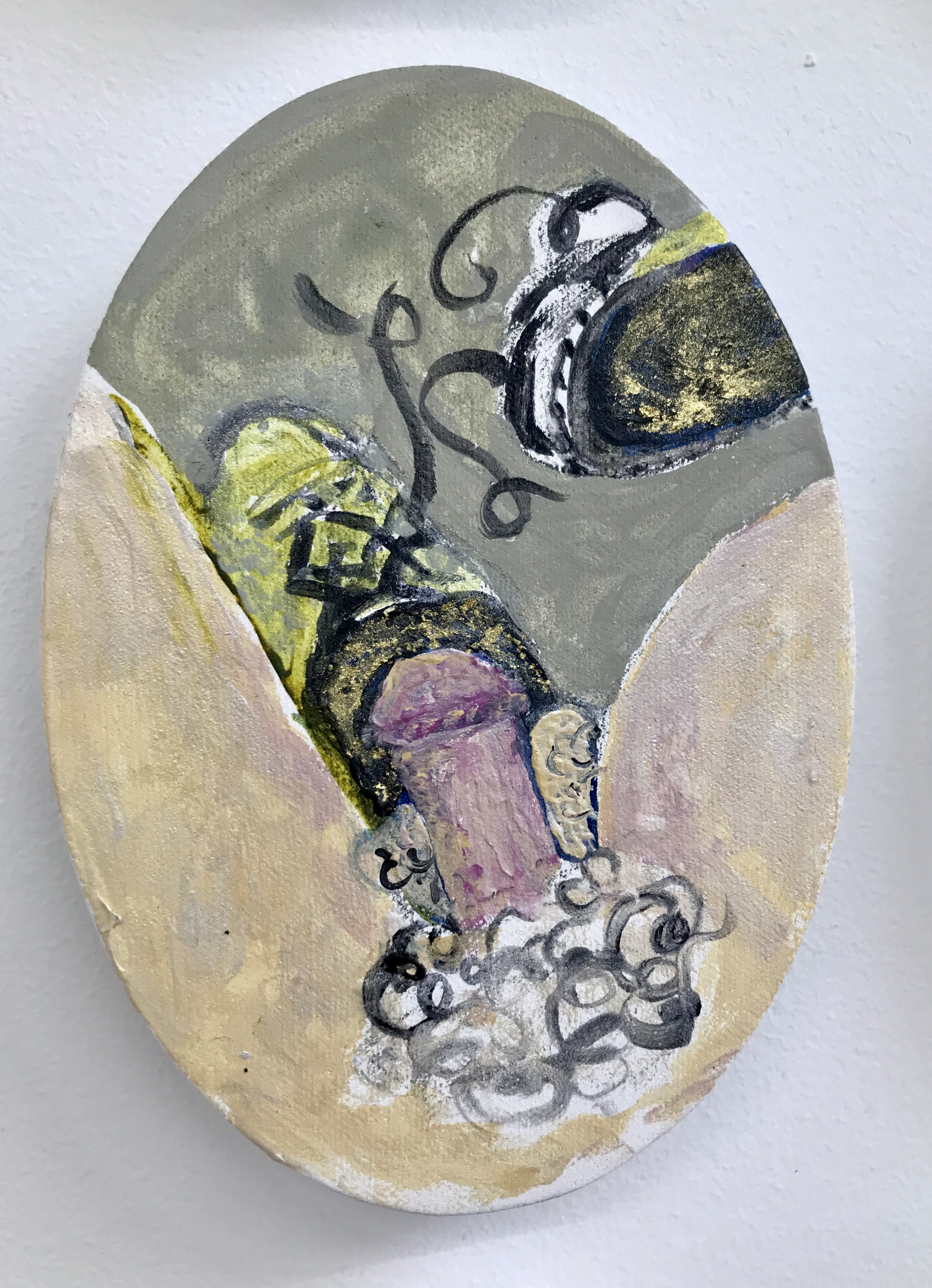 Above x2: Karen Finley. “Sext Me if You Can,” 2019. Performance with live painting, acrylic paint, gouache, watercolor on primed canvas. Previous: Delia Brown. “Live Drawing,” 2019. Installation, performance, works on paper. All photographs courtesy of Maccarone Los Angeles and the artists.

“The Pleasure Principle,” a nod to Freudian psychoanalysis and the idea that humans instinctively seek pleasure and avoid pain, invites viewers to participate in several aspects of the exhibition. In Karen Finley’s revival of her interactive installation “Sext Me if You Can,” for example, the viewer becomes an active participant in the production of the work. Seen in previous iterations in various galleries and museum, including the New Museum in 2013, visitors are invited to commission a sexting session with Finley, who in turn makes a work inspired by their conversation. The artist has described the experience as an “unshaming of sext practice—or the un-wierding of perceptions of intimate exchanges.” Indeed, both the public setting of the gallery and the commemorative portrait normalize the clandestine act. 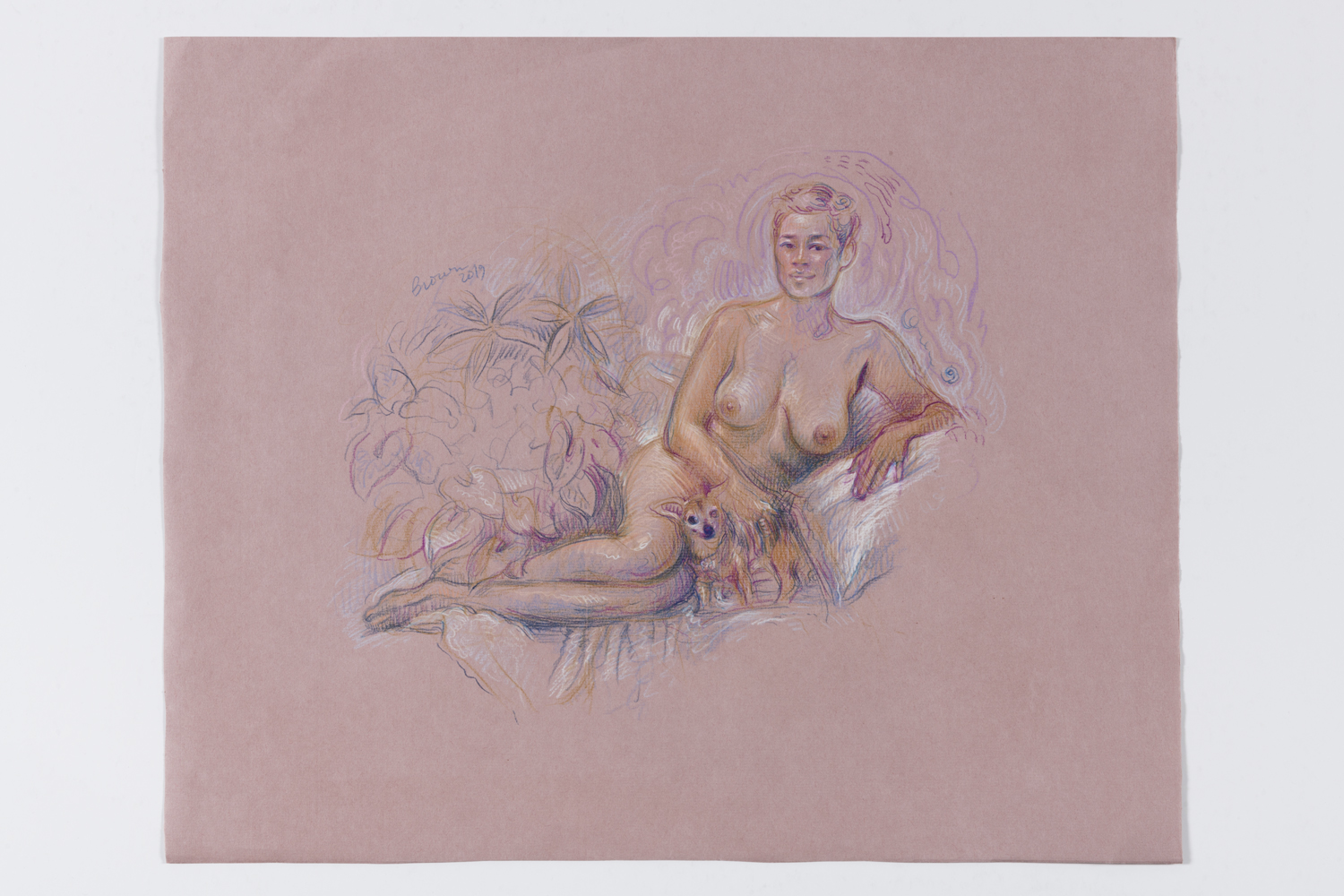 Another interactive piece is Delia Brown’s “Live Drawing,” in which she redefines the artist/viewer relationship by bringing the viewer to the act of drawing itself. In a room behind the gallery wall, Brown has set up an intimate boudoir where she creates drawings of live models. Easy to overlook, the performative element is almost hidden on a wall of Brown’s drawings, marked only by a small window. A nod to the act of watching porn, the art peep show is intimate and voyeuristic. Only one person can comfortably look through the small window at a time, adding to the sense of intimacy. 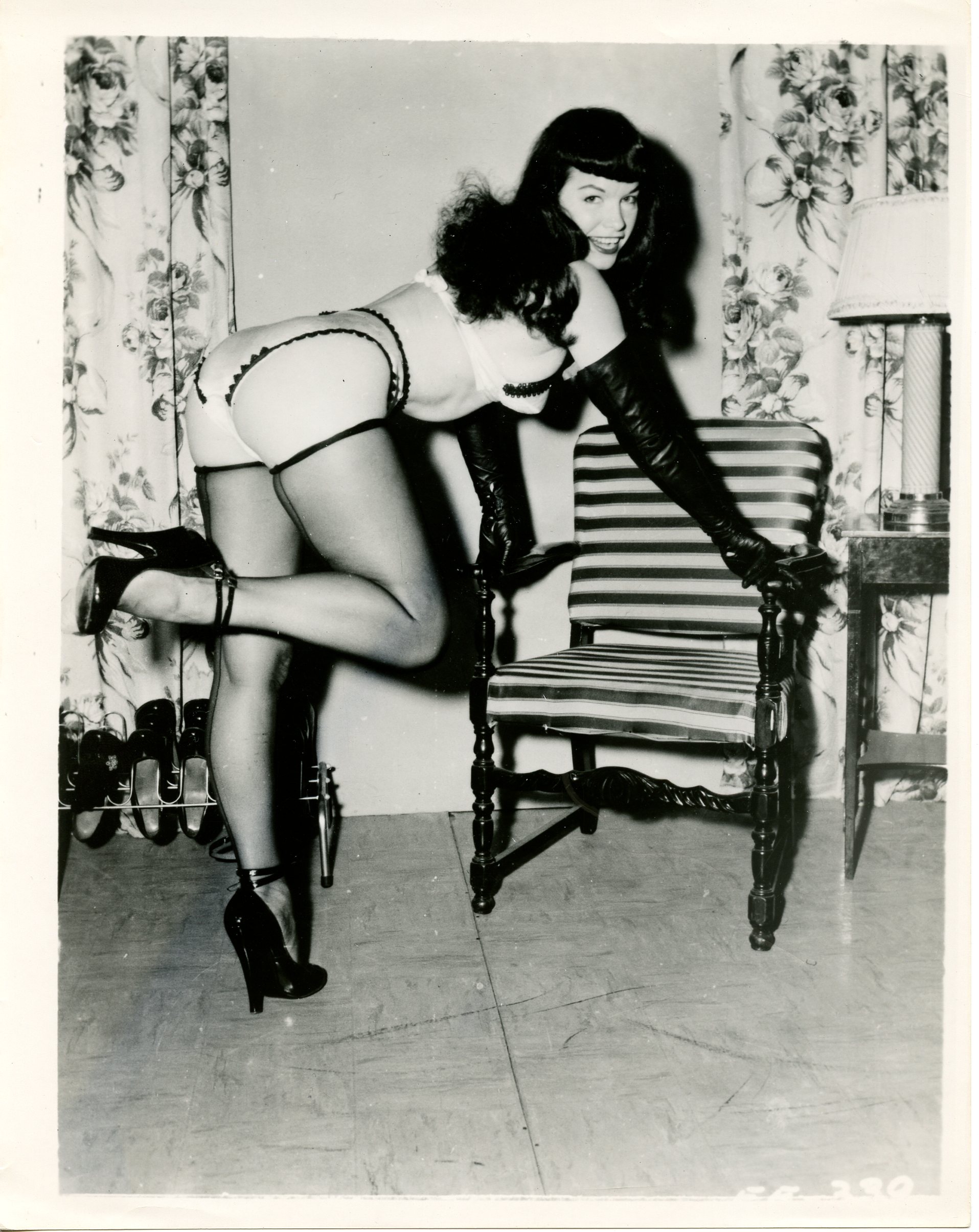 Vulnerability and privacy, or lack thereof, are strong themes throughout the show. While certain works, like Ann Hirsch’s single-channel videos featuring different porn genres, invite the viewer to watch and listen, others feel more private and personal. The women in Bunny Yaeger’s works are engaging the viewer, making eye contact while showing off their bodies. By contrast, Marilyn Minter’s works feel almost intrusive, like the viewer is interrupting a private moment. Related to the artist’s book “Plush,” published in 2014, Minter’s works in “The Pleasure Principle” feature close-up images of varying colors of pubic hair with hands and fingers playing with the hair. 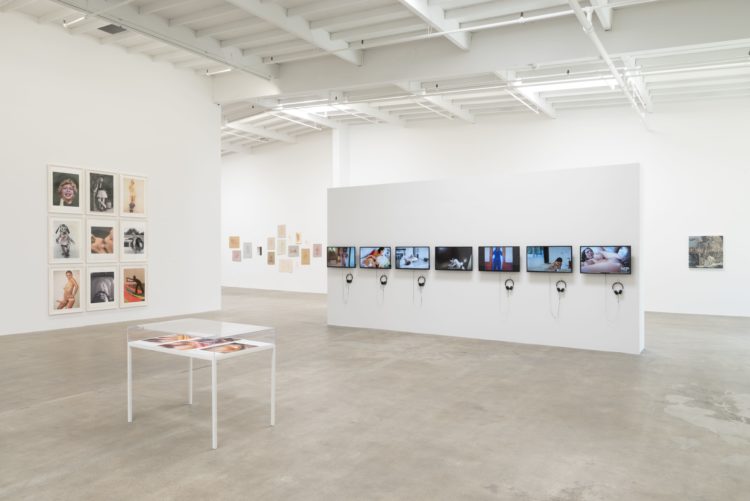 What’s On This Week: Howard, Chamberlain and Van Sant

Eraser. Erase-her: Censorship of the Female, an Interview with Caroline Wayne