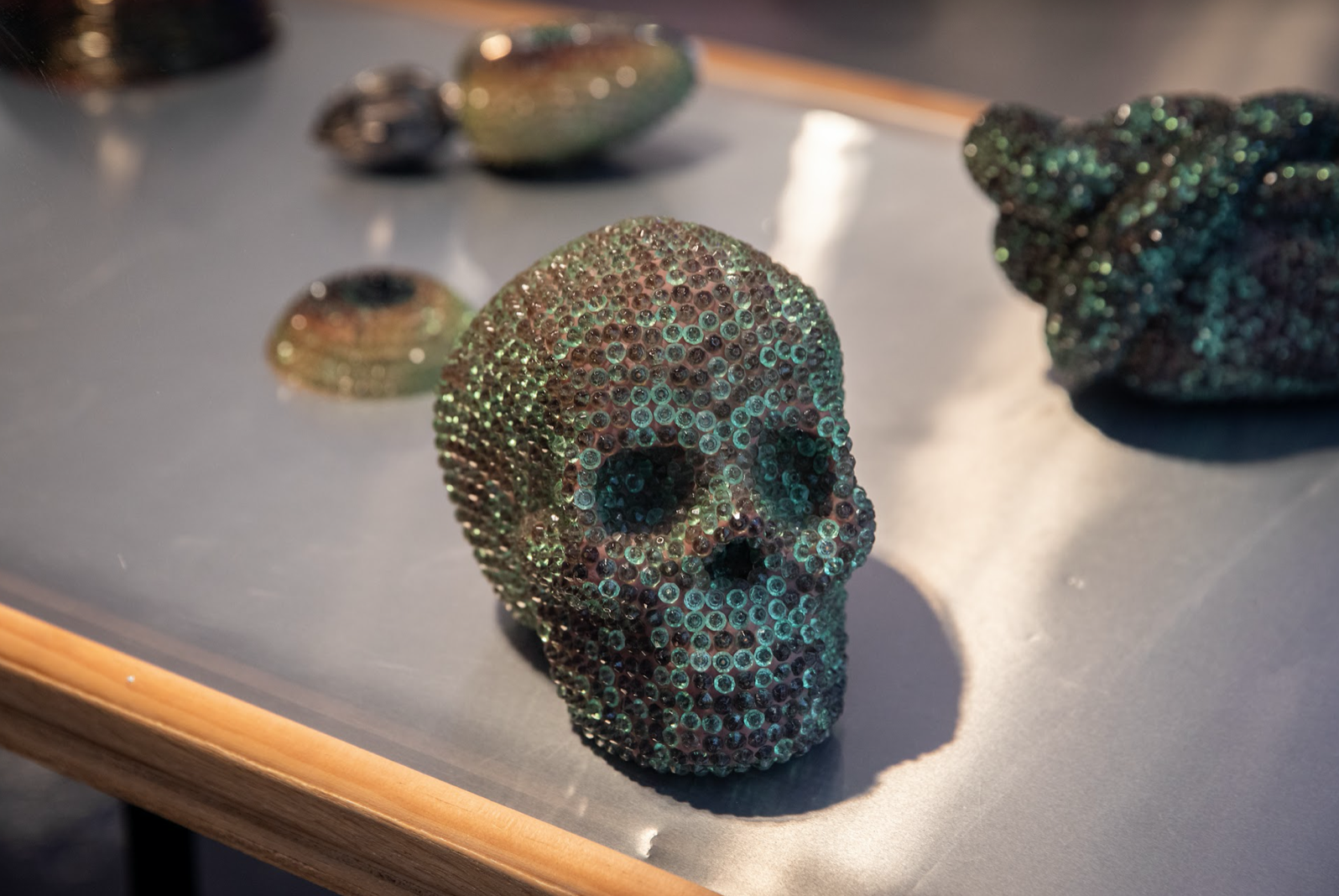 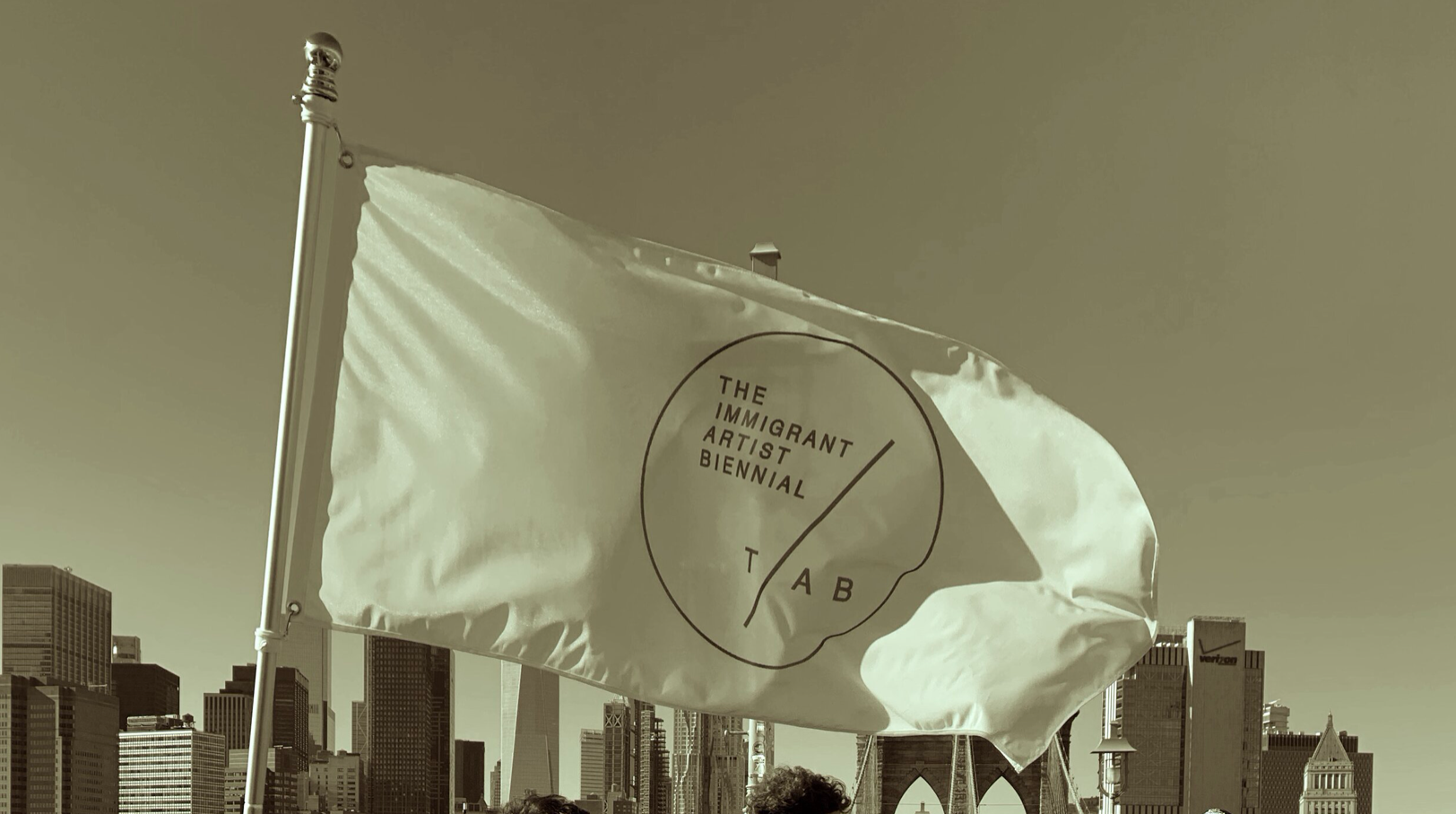 The Immigrant Artist Biennial (TIAB) is an ambitious, multidisciplinary project that has been nearly two years in the making. Founded by immigrant artist Katya Grokhovsky and fiscally sponsored through eight fundraisers and the New York Foundation of the Arts, the inaugural edition of TIAB brings together over 60 United States-based immigrant artists and art collectives to create a space for dialogue and inter-connectivity to address issues related to immigration and anti-immigration sentiments. Consisting of four exhibitions with virtual performances and installations, the biennial spans a wide range of artistic practices. The story of TIAB and the resiliency of its organizers and artists is much like the story of immigrants to this country in general. Launched in March at the Brooklyn Museum just before Covid-19 caused worldwide lockdowns, the biennial had to quickly adapt and reconfigure the project for online viewing. Hard work, flexibility, and a complete reimagining of how the project would work have resulted in an incredibly timely, necessary exploration of the ideas of home, shared space, silencing, erasure, and immigration. The programs associated with TIAB will continue through the 2020 election, an overlap founding director Grokhovsky was passionate about and will include virtual performances and panels to complement the exhibitions.

While the initial plan was to have physical exhibitions, just one ended up with a physical iteration while the rest had to pivot to online formats. The physical exhibition “Here, Together!,” includes 11 US-based immigrant artists exploring themes of displacement, alienation, and the breaking down of the notion of the American Empire. Held in The Elizabeth Foundation for the Arts’ EFA Project Space, the show opened on September 9th and runs through October 24th.

Welcoming the viewer to the exhibition “Here, Together!” is a metal, barbed wire, and fabric flag by the Nigerian-born artist daàPò réo. Resembling a hand-crafted American flag, the title of the work is “Why Should We Be Deported? This is Very, Very Hard for a Family.” While the title can be posed as a question to the Trump administration, it is actually a quote from Donald Trump’s grandfather. The text was written in 1905 by Friedrich Trump to the prince of Bavaria upon being ordered to leave the country for failing to complete mandatory military service.

A testament to the long history of immigration in the US, daàPò réo’s work raises questions of global migration and acts as a physical border through which the viewer crosses to enter the exhibition. Upon approaching the flag, the viewer sees that it is comprised of a variety of found textiles as if resembling a personalized, patched-together image of America. After walking through the metal frame and under the barbed wire, the viewer turns around and is confronted by a very different view of the American flag, one that is mass-produced and intertwined with the Confederate flag. The culture, craft, and history suggested by the front side is completely washed away as soon as the border is crossed.

While some works in The Immigrant Artist Biennial offer clear commentary on immigration and the lived experience of immigrants in the US, others are a reflection on cultural heritage and identity. Colombian-born artist Esperanza Cortés explores these notions through her crystal-encrusted sculptures that she placed in a vitrine. Reminiscent of Damien Hirst with his diamond-covered skull and vitrines of fossils and pharmaceuticals, Cortés’ works relate to her interest in cultures of the Americas and the Caribbean, narratives of Colonialism, and cultural erasure. Incorporating an element of craft similar to the hand-made quality of réo’s work, Cortés has painstakingly reworked these objects with the application of small crystals. The use of the skull reminds the viewer of the vulnerability of the human body, a shared vulnerability regardless of one’s nationality or immigration status.

As with most aspects of the art industry, the organizers of TIAB were forced to adapt to the challenges presented by Covid-19 and restructure its entire program. Headed by Grokhovsky, the all-female team of volunteers, which includes curators Mary Annunziata, Allison Canella, and Anna Mikaela Ekstrand, as well as exhibition manager Katherine Adams, exhibition designer Selena Liu, and digital production manager Alex Sullivan, worked closely with the artists to transform the project and ensure its success. Discussing this shift during the opening reception for the virtual exhibitions, the organizers and artists explained how this unexpected change challenged and transformed the works. Most of the performances were pre-recorded to adapt to the online platform. The live and pre-recorded performances are being presented through the duration of the biennial.

One of the performance pieces that took place on October 16th during the virtual launch party for the online exhibitions was by Puerto Rican artist Kevin Quiles Bonilla. In the work, entitled “Presidential Alert (America, Lip-Sync for your Life)”, Kevin lip-syncs to the song “America” from West Side Story while wearing a blue tarp mask over his head with just the mouth cut out. Audio clips of Donald Trump giving speeches of self-praise and misinformation in the aftermath of Hurricane Maria interrupt the song. These clips are announced by jarring emergency alert sirens. Lip-syncing, the artist notes, was intended to be the embodiment and continuation of the legacy of queer people using lip-syncing in drag performances. Quiles Bonilla wanted to incorporate this legacy into his own feelings of otherness and the larger discussion of colonialism. Hurricane Maria and Donald Trump’s response, he explained, brought Puerto Ricans back to the basis of their colonial existence. The artist also included speeches from other activists and ended the performance with a message to “wear a mask and vote.”

While overtly political with the jarring juxtaposition of “America” with Donald Trump’s speeches and the emergency sirens, the piece holds more a nuanced statement about the treatment of Puerto Ricans in this county. The artist explains that he feels that the U.S. government treats Puerto Ricans as secondary citizens. Without the ability to vote for president, this feeling is amplified, in particular when the actions of the president directly impact the lives of Puerto Ricans. The use of Trump’s speeches after Hurricane Maria serves as a reminder of this issue.

Whether the online platform is better or worse for the biennial is debatable. On the one hand, the inability to see works in person can take away from the overall connection the viewer is able to have. However, as Grokhovsky explained, the shift to online has allowed for the exhibitions to be shared to a wider audience, which is particularly useful for the artists, as immigrants, to share with their families. Moreover, some of the performance artists were challenged to push the boundaries of their own practice to suit the virtual format. Chinese duo Silkworm Pupas, for example, created a VR experience for their virtual performance. The piece, “In America, You Are Asked Why Are Leaves Green?,” raises questions of surveillance, silencing, and censorship and will take place on November 15th as part of the “Mother Tongue” virtual exhibition.

The perseverance of TIAB through the difficulties of Covid-19, venues falling through, artworks having to change to adapt to virtual, mirrors the perseverance of immigrants in general. Artist Luma Jasim reflected during the exhibition launch that immigrants have common challenges and a connection based on their shared experiences and that now because of the hardships and physical limitations as a result of Covid-19, everyone, regardless of their nationality, has a shared experience. Jasim’s apt comment serves to further solidify the relevancy of TIAB and the messages the artists are sending. Now more than ever, conversations about immigration and the silenced voices of immigrants need to be amplified.

The Immigrant Artist Biennial: “Here Together” is on view at EFA Project Space through October 24th, 2020.