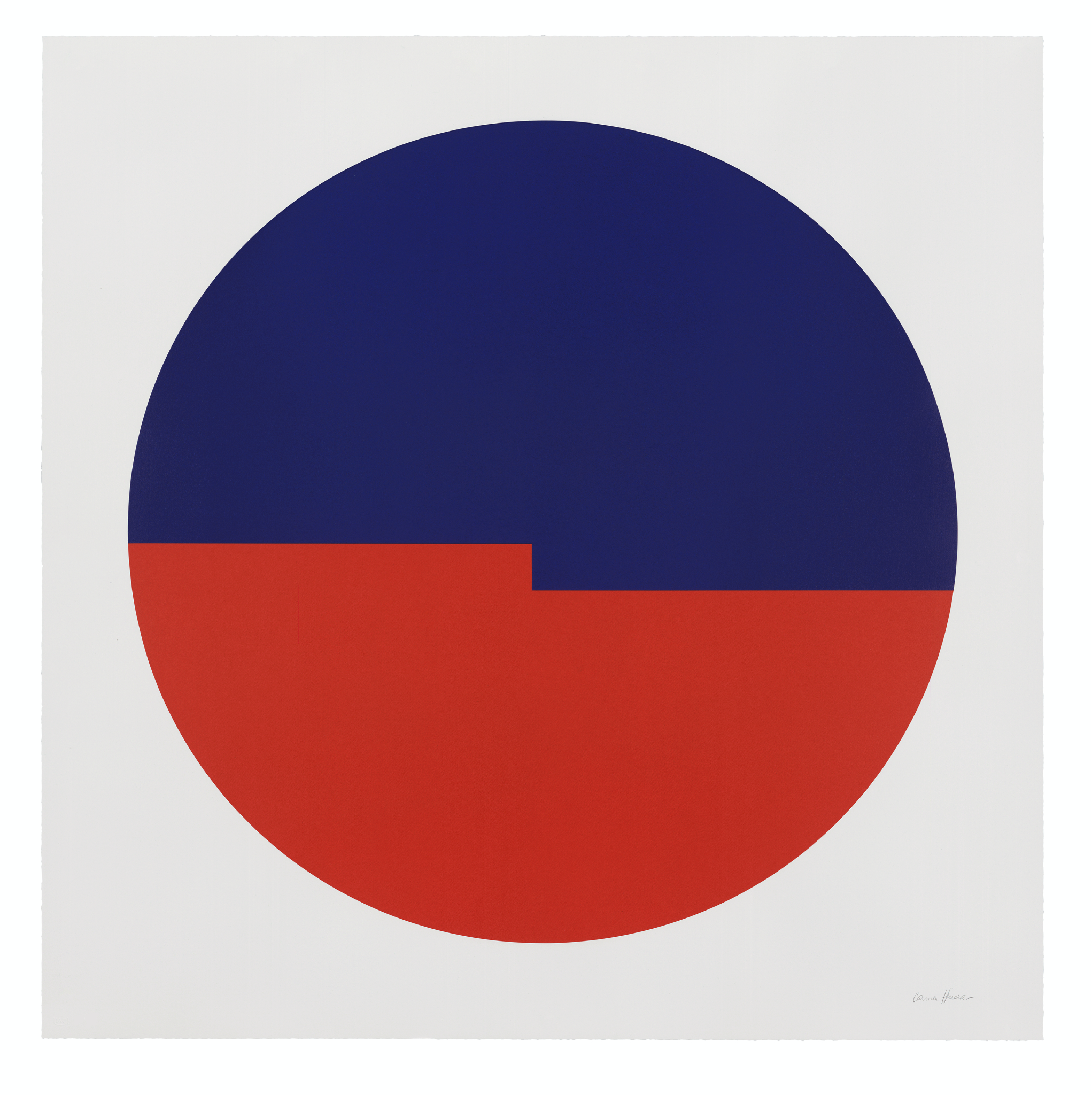 Celebrating the history of modern printmaking, From Paris to New York: Transformations in Printmaking at Zeit Contemporary Art presents a rich selection of prints with varying techniques and subjects made over a 90 year period. From Joan Miró to Roy Lichtenstein, the show tells the story of watershed moments starting with perhaps the most important development in printmaking in which artists recognized the practice as an art form in and of itself. It was in this moment when artists embraced the technique not as a way to reproduce unique works, but rather to push the boundaries of their own practices, that the idea of fine art printmaking was truly born.

An important key moment reflected in the show is the rise of the formalized print workshop and master printers. Printmaking is one of the few art practices in which the manufacturer is celebrated, even revered, for its artistic production. Whereas an artist’s team of painting assistants might not be recognized, a print studio, and in many cases the master printer, becomes part of the work’s identity. The workshop that prints a piece acts as a branding tool for the work itself. A print bearing a specific workshop’s stamp or embossment carries with it all of the legacy and skill associated with the print studio.

One artist who fully embraced this legacy was Ellsworth Kelly, who collaborated with one of the most famous print workshops, Gemini G.E.L. in Los Angeles. Like many blue chip artists who expanded the group of collectors able to afford their art through printmaking, Kelly broadened his market and made nearly 300 editions with Gemini from 1970 all the way to just before he died in 2015.

Included in the show is Yellow, a one-color lithograph from 2004. As with his other mediums, Kelly’s prints explore his career-long interest in colors and shapes. Though the yellow shape may at first appear to be a curve, it has a sharp, flat bottom that contrasts the soft, rounded edge at the top. This slight manipulation of the shape is typical of Kelly, who often skewed lines and angles ever so slightly to enliven the surface and play with the viewer’s eye.

The most-recent work in the show is Carmen Herrera’s Tondo: Azul y Rojo, an aquatint and relief with chine-collé made in 2019 by the New York-based workshop Universal Limited Art Editions (ULAE). The work features a tondo characteristic of Herrera done in rich blue and red colors that meet in a step at the center of the sphere, causing the eye to follow the jagged line as the circle appears to spin. Much like Kelly, Herrera’s print practice reflects her interest in colors and shapes, as well as her keen ability to experiment with optics.

The online exhibition takes a chronological trip through the history of modern printmaking after its rise in Paris at the end of the 19th century and into the budding New York art scene in the early 20th, it begins with an etching by Henri Matisse. The petite Matisse etching from 1931, titled Nu Assis Sur La Jambe Droite, Bras Levés, portrays a female figure sitting nude on her bent leg with her arms stretched up and over her head. Matisse was well known for his lithography practice, as well as for his etchings and cutout prints, all of which relate to his interest in the body, specifically the female figure. A gem of a work, the etching is a great example his embracing of the medium.

Just after Matisse’s etching chronologically is an untitled black and white woodcut by Joaquín Torres-García from 1934. With thicker lines and crosshatches to indicate shading, the artist has drawn several small designs including a star, clock, and an arrow. The orderly, almost encyclopedic presentation of images reflects the artist’s greater interest in universal symbols.

While exploring the legacy of modern printmaking, the show also tells the story of the rise in consumerism and the desire to show wealth through symbols of culture and luxury goods. Relatively affordable compared to paintings and sculptures, fine art prints were a perfect option. One artist who perhaps best embodied this marrying of art and consumption, as well as the proliferation of prints, is Andy Warhol, who often wove symbols of wealth, consumerism, and popular culture into his art.

The show contains an iconic work from Warhol’s Ladies and Gentlemen series, in which the artist showcased cultural changes and celebrated icons of New York’s gay and drag scene. The screenprint depicts a queen staring directly at the viewer with her hand framing her face. Across all ten works in the series, Warhol dashed swatches of bold, joyful colors, which take the form of smaller, confetti-like shapes in this example.

Warhol is a prime example of an artist who not only embraced printmaking, but went so far as to make it a key part of his practice. Indeed, whereas artists like Kelly relied on the expertise of the print workshops, Warhol set up his own print production and experimented with his composition as the print process evolved, playing with color and saturation as he explored the act of screen printing.

The exhibition sums up this point nicely with a quote from Helen Frankenthaler, whose woodcut piece Geisha from 2003 is included in the show. Frankenthaler understood the expertise of master printers, bringing to the process her artistic vision while trusting the workshop to carry out the production: “Light, scale, feeling are inherent in a beautiful work of art…the artist’s own wrist is of crucial importance. I believe that wrist, the sensibility, must be in and on the whole concept of the making of the print… Assuming that those who work in the workshop are artists at what they do, I can entrust the actual duplicating process to other hands that possess –hopefully– their kind of magic. Sharing and participating to the end.” In trusting this process, Frankenthaler created a highly technical 23 color print from 15 woodblocks published by Pace Prints. The work is a beautiful example of the artist using printmaking to explore and expand her famous soak-stain method of painting.

With a diverse selection of works by some of the biggest names in fine art prints, the show is informative and thorough. The presentation touches on some of the key moments in printmaking as both a tool through which artists could expand their practices, as well as a symbol of culture and luxury. Overall the show provides a comprehensive look at nearly a century of a rich, historic practice.

“From Paris to New York: Transformations in Printmaking” is viewable online through September 24th, 2021.