Micheal Alig and Other Criminals in the Art Scene 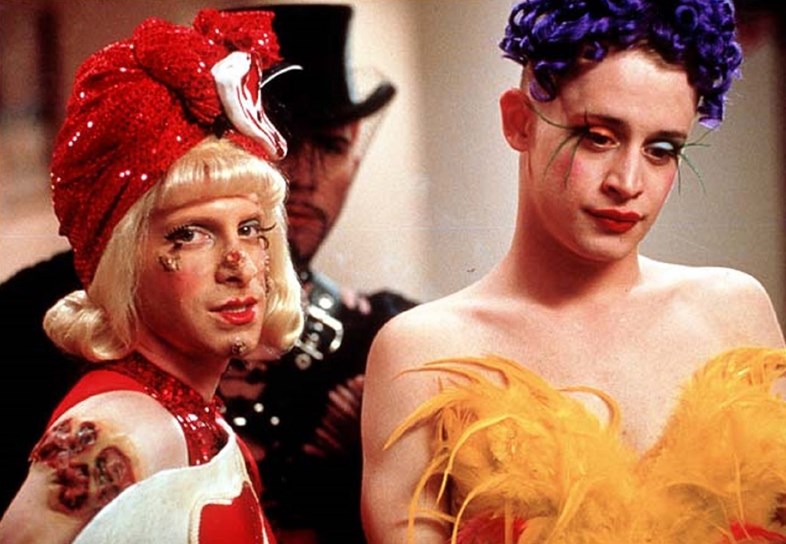 So, yesterday I canceled all my plans and took a personal evening. I streamed “Party Monster” and ended up in a rabbit hole of criminal artists. I know that there is an issue with mass incarceration, overcrowded prisons, and general injustices in the American judicial system in America – although this is very important, this post does not delve into those topics.

“Party Monster,” released in 2003, is written and directed by Fenton Bailey and Randy Barbato. Party Monster, unfortunately, does not even come close in wit, visuals, or cast to “Ru Paul’s Drag Race,” but alas I watched it anyway. The film is a biopic about Michael Alig’s short but poignant career in the NYC nightlife scene before going to prison. Alig was a co-founding member, along with James St. James, of the Club Kids’ movement of the late 80′ and early 90’s.  The movement was centered around an underground club scene where Alig emerged as the leading promoter and organizer for outrageous, liberal, and drug-infused parties. The community embraced and provided an (except for the murder, relatively) safe space for misfits in elaborate dress – artists, the LGBTQ community, and others looking for a good time. For Alig, who is portrayed as a manic striver with few loyalties, things started to get out of hand, and eventually, he lost control when he murdered his drug-dealer together with a friend. Alig got 10-20 years in prison for manslaughter. In the film, the plot is slow and the characters are flat. Macauley Culkin plays Alig, and the notable, outlandish, and fabulous transsexual Amanda Lepore makes a cameo appearance, these are the only highlights. However, Alig is ever thing but dull and has shaped much of what club-culture in New York looks like today. So, where is he now?

James St James began transcribing and posting his phone calls with Alig in 2004 resulting in a series of twelve phone calls accessible online: Phone Call from a Felon. Cray cray.

Jonathan van Meter interviewed Michael Alig, in 2007 shortly before his release, for NYMAG. The juxtaposition of a felon in jail for manslaughter and a person in the arts with opinions, ideas and interest for self-promotion is fascinating, or at least unusual. A rehabilitated Michael Alig will be released May 5th, 2014. He apparently has a strong support system who will help him re-integrate into society.

In 2011 Jake Yuzna at Museum of Arts and Design organized public programming around nightlife as a social practice. The program included talks, parties, and screenings to investigate how nightlife environments became a venue for artists and organizers to develop their practice. Among other things, it dealt with NYC’s historical and contemporary nightlife and was suitably called The Fun.

Off the top of my head, on the topic of art and murder, the minimalist artist Carl André comes to mind. André went to trial but was acquitted for the 1985 death of Cuban artist Ana Mendieta, also his wife, who had “somehow gone out the window” of their 34th-floor apartment on Mercer street. Oops.

And, perhaps less related but still intriguing Andra Ursuta based an exhibition of her work held at Venus Over Manhattan last year on Solitary Fitness, an exercise manual for small or confined spaces. Solitary Fitness is authored and conceived by the English criminal Charles Bronson, referred to as the “most violent prisoner in Britain” in the press. Why work out with Jane Fonda or SoulCycle when you can follow Bronson’s fitness program? It’s very well thought out. The man had nothing else to do.

Art permeates all and even creative geniuses make mistakes. Find yours at http://www.hotprisonpals.com/.

Book Review: The Age of Context: Mobile, Sensors, Data and the Future of Privacy, By Robert Scoble and Shel Israel 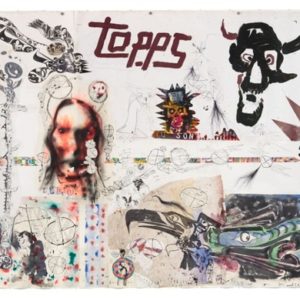 Brad Kahlhamer (b. Tucson, Arizona 1956) received his BFA from the University of Wisconsin-Madison and currently...