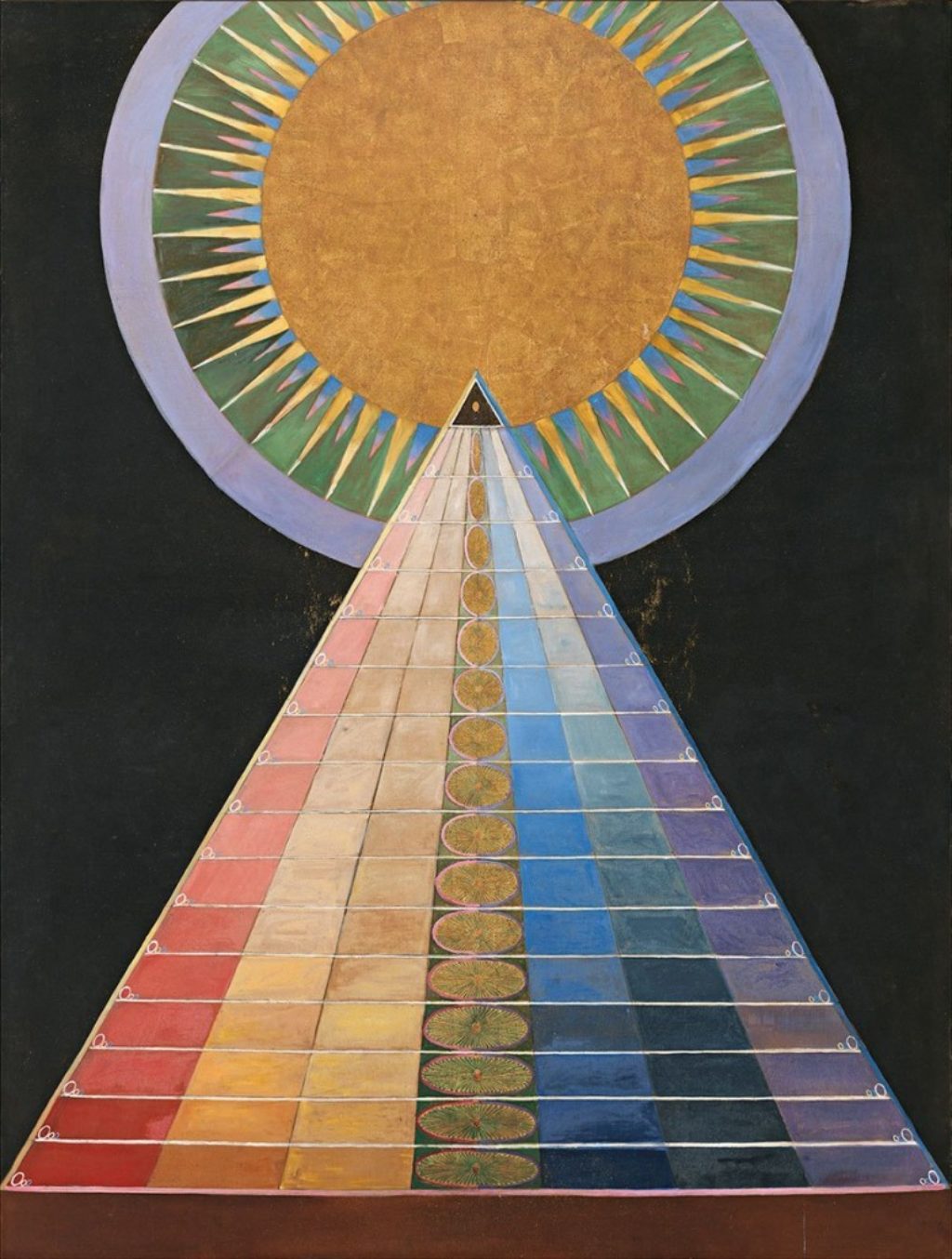 The first abstract modernist, Hilma af Klint was a visionary painter whose imaginative works predated her famous contemporaries, such as Wassily Kandinsky, Robert Delaunay, and Piet Mondrian. Born in 1862 in Stockholm, Sweden, she was educated in the classical tradition and was well known for her portraits and landscapes. A later interest in spirituality inspired her to compose canvases that were infused with geometric forms, vivid colors and dramatic patterns. Her striking artwork expresses a vision of non-figurative art that was ahead of her time and establishes her as a pioneer of abstract art.

At the beginning of her abstract period, Hilma af Klint was part of a group called “The Five,” five female artists who delved into spirituality to influence their art. Later, her art reflected the tenets of theosophy and anthroposophy, religious systems of transcending the physical world to reach a higher form of enlightenment. Unsure of how these paintings would be received or understood, Hilma did not display them and even requested that they not be made public until 20 years after her death.

It was not until 1986 when Hilma af Klint’s abstract compositions came into the public sphere with the inclusion of her works in a Los Angeles County Museum of Art (LACMA) exhibit. Critics immediately drew parallels with the works of famous 20th-century modernists; however, she began these abstract artworks in 1906, before the modernist movement took hold in the rest of Europe. Today, all 1300 of her radical abstract works along with her sketchbooks and notebooks are owned by the Hilma af Klint Foundation in Stockholm and are loaned to exhibits across the world.

The majority of the 168 paintings in the Guggenheim exhibit are part of the “Painting for the Temple” series, composed between 1905 and 1916, that af Klint designed especially for “a turning building, which is in permanent movement and nevertheless at rest.” The Guggenheim Museum’s spherical shape echoes this concept and thus fittingly is the host of Klint’s first retrospective in the US. The “Painting for the Temple” series is emblematic of her abstract period, which incorporates geometric shapes, curlicues and abstracted versions of recognizable symbols like shells, flowers, and birds that hold deeper meanings (e.g. the snail shell represents evolution, a lily, femininity, and the dove, love.) 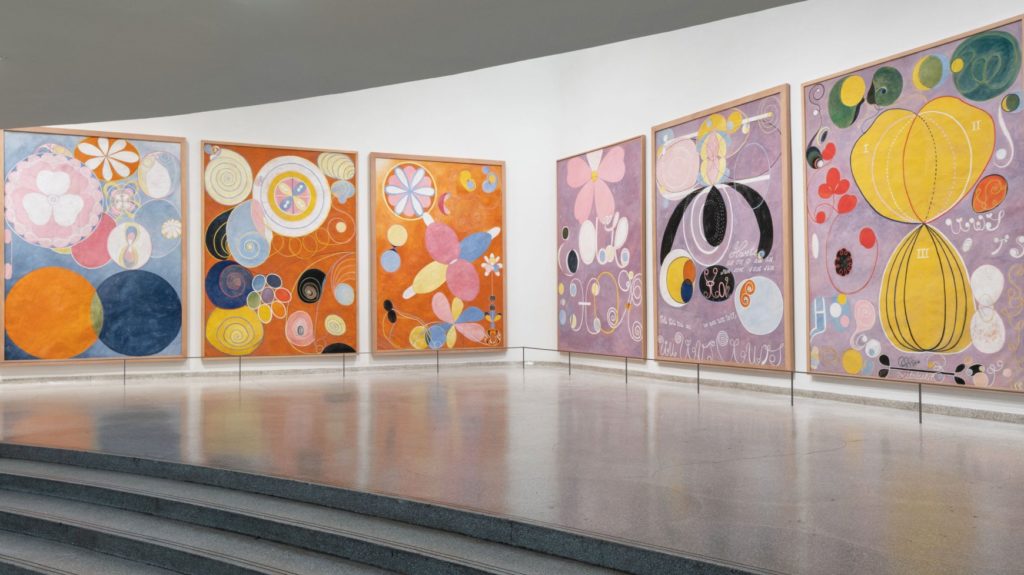 As Hilma af Klint’s work has become increasingly included in the modern art canon, she can be considered the first abstract artist who embraced the concept of non-figurative depictions using a vibrant color palette. Her experimental compositions have marked her, in retrospect, as an early founder of the 20th-century modernist movement and one of the most innovative female artists in history.

‘Hilma af Klint: Paintings for the Future’ exhibition at the Solomon R. Guggenheim in New York will be on display from October 12th, 2018 – April 23rd, 2019.

Barnebys
Content Collaborator, Cultbytes Barnebys is the leading search service for antiques and fine arts. All auctions in one place. l Website l 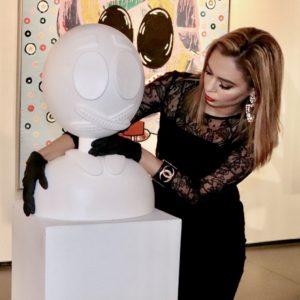 For centuries, the art market has been an opaque market controlled by the elite, blockchain technology may change that....