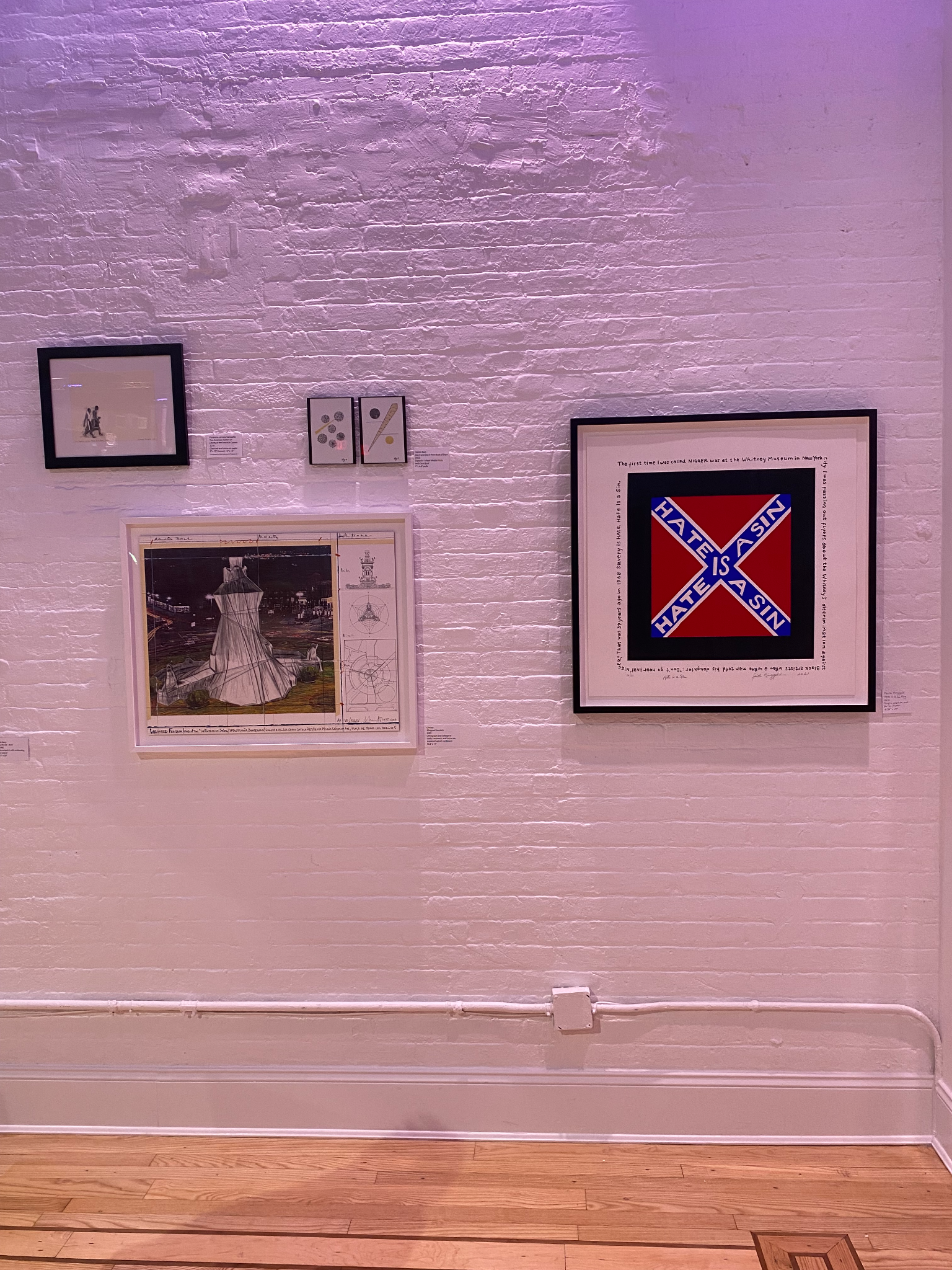 Tuesday night, the public arts and education nonprofit CITYarts brought together artists, collectors, and donors to celebrate its 33rd anniversary with a Back to Life Gala and Making a Difference Through the Arts awards. Held at the historic Altman Building in Chelsea, the night honored Bernard Lumpkin, Sheron Wyant-Leonard, and Christopher Padmore. The evening featured a packed auction of art and luxury experiences, including works by Christo and Jeanne Claude, Michele Oka Doner, Faith Ringgold, and Yinka Shonibare.

Master of ceremonies Lynda Baquero, the Emmy Award winning consumer reporter of NBC 4 New York, kicked off the night and highlighted the history and achievements of CITYarts over the years. Founded by Tsipi Ben-Haim in 1989 after its predecessor, Cityarts Workshop, shut down in 1988, CITYarts champions the voices of youth from New York City and around the world. The nonprofit connects children with professional artists to create public murals and mosaics, empowering them with the tools to create art and transform their own communities. CITYarts has been part of over 330 projects, working with over 200,000 children, 600 artists, 1,500 sponsors, and 500,000 volunteers. Through these impactful collaborations, children learn the power of art as a resource not only for creative expression, but also to address pressing social and civic issues.

The benefit auction featured over 60 works of art from under $1,000 to over $15,000 by some of contemporary art’s most celebrated names. Over 30 luxury goods and experiences were also on offer, including low cost items like a David Shrigley sweatshirt and tickets to the popular immersive theater experience Sleep No More. Gala attendees bid throughout the night using an online auction system so that supporters who were unable to attend in person could still participate remotely.

The gala also provided the opportunity to meet and celebrate the three honorees, Bernard Lumpkin, Sheron Wyant-Leonard, and Christopher Padmore. Lumpkin has built a highly acclaimed collection of works by young artists of color, which is currently traveling in the exhibition Young, Gifted and Black: A New Generation of Artists, curated by Antwaun Sargent and Matt Wycoff, with an accompanying book of the same name. Lumpkin’s award was presented by Thelma Golden, Director and Chief Curator of The Studio Museum in Harlem.

The second recipient, Wyant-Leonard, is an author whose award-winning book about the American Indian Movement, I Will: How Four American Indians Put Their Lives on the Line and Changed History (Arcade, 2021), was the product of 20 years of research with Indigenous men and women. Her award was presented by James Beard Award winning chef Art Smith, who also donated some of the highly coveted luxury dining experiences for the silent auction and gave everyone in attendance a copy of his book.

The third honoree, Padmore, is a NYC educator who worked with CITYarts on a mural project to help students cope with the emotional stress of the pandemic. In a heartwarming moment, his award was presented by one of his students from the Middle School of Art & Philosophy where he currently serves as Principal. Padmore urged attendees to continue supporting programs like CITYarts, emphasizing the unparalleled impact on students at his school.

After the awards were presented, the keynote speaker, Roy Bahat, took the stage. Now the Head of Bloomberg Beta, Bahat was once a CITYarts intern nearly three decades ago. He spoke passionately about the need to support creative endeavors from childhood to adulthood and in the workplace.

Ben-Haim rounded out the speakers with a toast and remarked on the long journey she and CITYarts has been on since Bahat’s internship so many years ago. Since its founding, CITYarts has grown to include five creative programs with different aims. One such program is Young Minds Build Bridges, which Ben-Haim started after 9/11 to encourage cross-cultural exchange by connecting children from around the world. The program has allowed for young people from over 100 countries to create more than 10,000 works of art in the Pieces for Peace Project, which asks kids to respond to: “What does peace look like to me?”

Tuesday night’s auction helped fund these important, formative programs for youth all over the world. In today’s increasingly tense political climate in the US and the tragedies facing Ukraine, inspiring youth is crucial. CITYarts is a testament to the power of creativity and a reminder of the importance of supporting art programs for a better future.

Two Collectives are Using Instagram to Diversify the World of Film