Aware of the limits of the traditional film canon, Isra Al Kassi, the Swedish daughter of first-generation Iraqi immigrants, became involved in two grassroots organizations that set out to diversify the world of film. The Habibi Collective and TAPE, of which she is a co-founder, aim to instigate structural change by highlighting films and arthouse cinema made by and for POC and BIPOC women.

“Despite my background being so different from the rest of the T A P E team, we all were familiar with the feeling of being an other,” Al Kassi tells me over the phone. “That feeling motivated our work.”

This feeling of otherness speaks to the exclusionary nature of cultural institutions and media platforms, which often reify existing social, racial and gendered hierarchies. Traditionally, emerging artists have had to rely on influential outlets like film festivals, production houses, and distributors, who push forward a lucky few through publicity, screenings, awards, press coverage or even word of mouth. This form of “cherry picking” can work to uphold the status quo, making it hard for artists who challenge existing conventions to succeed.

While social media can fall prey to similar problems, it can also offer an opportunity to circumvent these processes, granting artists greater self-determination and creating a refuge for those who feel alienated. For T A P E, traction on social media has allowed their work to gain national and international acclaim.

Since T A P E’s early formation in 2015, founders Angela Moneke and Al Kassi capitalised on the curatorial freedom of Instagram’s grid. The duo’s selection draws together a pool of inspiration, iconic cinema references, contemporary art, call-outs and program updates, speaking to a community that has been traditionally underrepresented and undervalued in the world of film.

Their website delves deeper into the topics highlighted on their Instagram, maintaining a regularly updated blog of personal essays, think pieces and film critiques, and hosting a streaming platform, Good Wickedry, which releases one film per week. In T A P E’s touring screening series, BUT WHERE ARE YOU REALLY FROM?, the founders use personal narratives to address themes of alienation, belonging, and assimilation.

“The project functions as a safe space outside of our work where we could just do what we wanted. There was never a business growth plan in place,” Al Kassi explains. “Growing up in Sweden, I was always trying to be palatable enough to fit in and assimilate. It made me think of the ‘Good Immigrant’ trope, and how precarious my situation of being accepted was. I only needed to make one mistake or pronounce one thing incorrectly and I’d be firmly set aside as a foreigner.”

Even though the collective still operates on a relatively small scale in terms of the influencer model, its community value has been considerable. In an event series hosted by the British Film Institute, T A P E launched a UK wide tour of BUT WHERE ARE YOU REALLY FROM?, engaging in a dialogue which has been, and continues to be, largely missing from the contemporary film scene. Following the screenings, T A P E organized discussions that centered on the nuances of identity politics, and the importance of highlighting individual stories to avoid essentialism.

The Habibi Collective, founded by Roisin Tapponie in 2018, has similarly used social media to promote films by women from Southwest Asia and North Africa (SWANA). With a following of nearly 40k, the project offers a piece of home to a diaspora clustered around the globe. The online resource has brought together filmmakers, curators and thinkers from the SWANA region, who have developed further projects such as the streaming platform SHASHA Movies, the independently published ART WORK Magazine and the first online Independent Iraqi Film Festival. The Habibi Collective was recently featured in Vogue.

Ultimately, Instagram and other platforms are only part of the picture when it comes to generating opportunities in film. As Al Kassi explains: “most roads lead back to the same places; whether it’s for funding, distribution or screening opportunities.”

However, social media remains a space with the greatest potential for upwards mobility, granting artists greater access to traditional distribution outlets. For both T A P E and the Habibi Collective, Instagram’s gridded display has enabled a network of independent and underrepresented voices to grow their own cultural pockets of artistic and curatorial freedom, hosting platforms with archival value, readily available for anyone with an Internet connection.

Another Kind of Knowledge: Portrait of Dorte Mandrup Explores Architecture Beyond Language 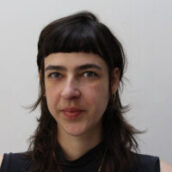 Writer, Cultbytes Sophie Sekine is a London based artist and writer interested in politics, internet culture, film and critical theory. She currently studies an MFA in Fine Art at Goldsmiths University. Her research centres around notions of freedom, resistance and self-determination in relation to current social/political structures. Her practice encompasses photography, video and film, drawing on reconfigured and collage processes. l igram l