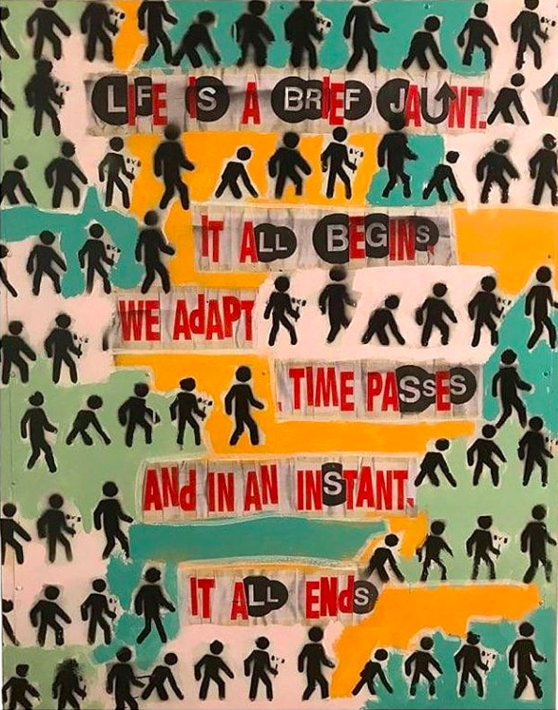 I don’t know about you, but I feel like we are at the height of a Jean-Michel Basquiat renaissance. The Same Old Gallery, a pop-up gallery put together by Adrian Wilson and Brian Shelvin, just recently made its home in Basquiat’s old studio on 57 Great Jones Street. The exhibition, Al Diaz/Samo: Selected Multi-Media Works, is in honor of the 30th anniversary of Basquiat’s passing and features the work of Al Diaz, artist and old friend of Basquiat who were both part of the graffiti team SAMO©. On display, Diaz has new works and archival items including a satirical story co-written and illustrated by Diaz and Basquiat in the City-As-School Newspaper that was published back in January 1978.

A graffiti pro who has been writing since age twelve and had a long-standing friendship with Basquiat that began when they were in high school, Diaz’s work and participation in this exhibition attempts to provide an authentic feel of what Basquiat’s studio might have looked like when he was still living and working in it. To that effect, Diaz invited numerous graffiti writers he was connected to in the late seventies and invited a handful of them to put their tags to good use in the back room. 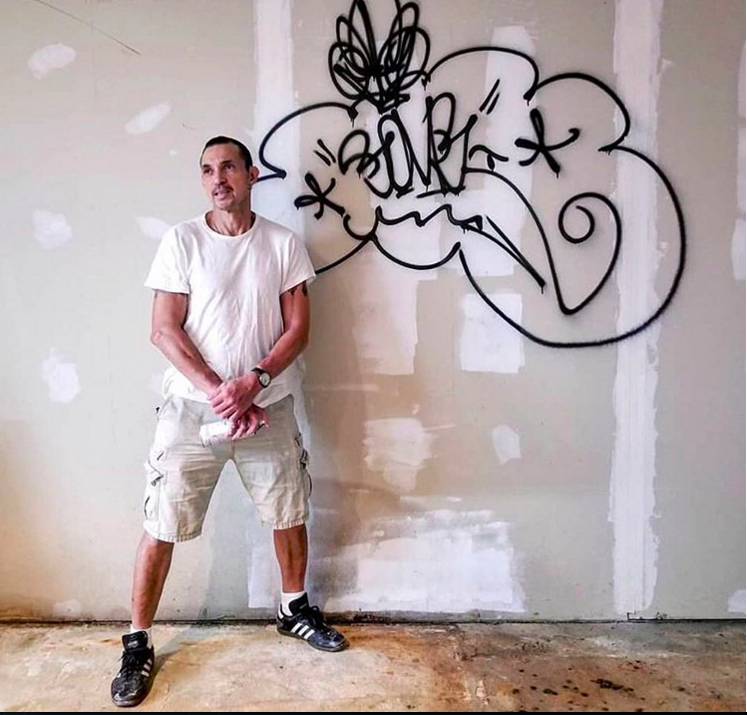 While the landscape of New York has vastly changed since Basquiat’s untimely death in 1988, in some ways it feels like he never really left us. The Brooklyn Museum of Art honored his legacy this past January with a one painting solo show and his paintings have been auctioned off for as high as $110.5 million dollars. Fashion brands such as Comme des Garçons and Uniqlo have paid tribute to Basquiat by printing his infamous skull and other works on hoodies and t-shirts. Right now, there is a Jean-Michel Basquiat musical in the works, which is supposed to be another avenue to express and educate people about Basquiat’s creativity, his life, and his work. This begs the question: are looking at his paintings not enough to keep the memory of Basquiat alive, or do we need more? 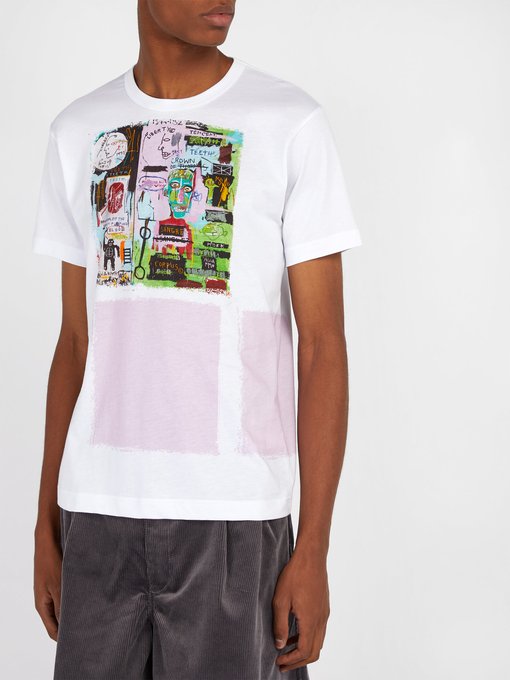 When I stepped into his old studio on the opening night, my expectations were at an all-time high thinking I would be transported back into the old New York that Diaz and Basquiat knew so well. I was expecting a space that was small, slightly grim and dimly lit; instead, I was met with something a little bit more modern (despite it being covered in graffiti). As Diaz wandered around the space where Basquiat lived and worked from 1983 to 1988, I wondered how weird it was for him to be there back in the studio, which is now surrounded by cocktail bars like The Wren, the trills of NYU students, and modern luxury buildings. Gone are the days where old New York history is always present; few of the old SAMO© etchings (which stands for Same Old Shit) exist outside of the walls of 57 Great Jones Street. 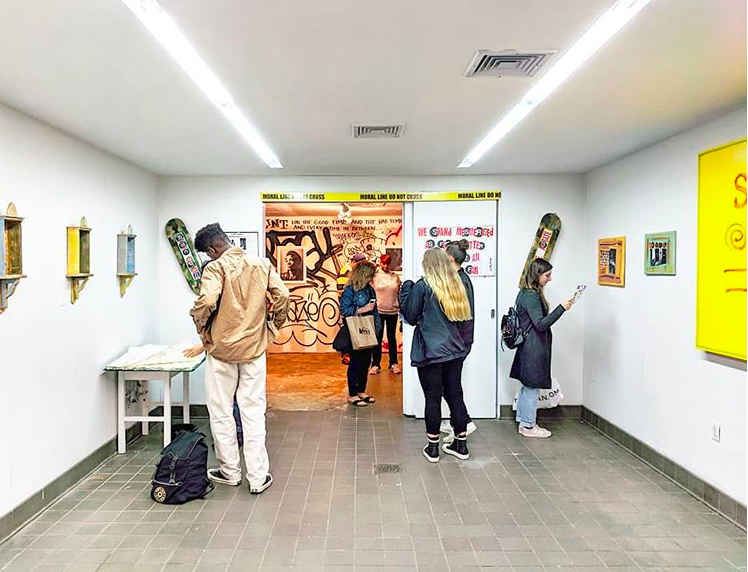 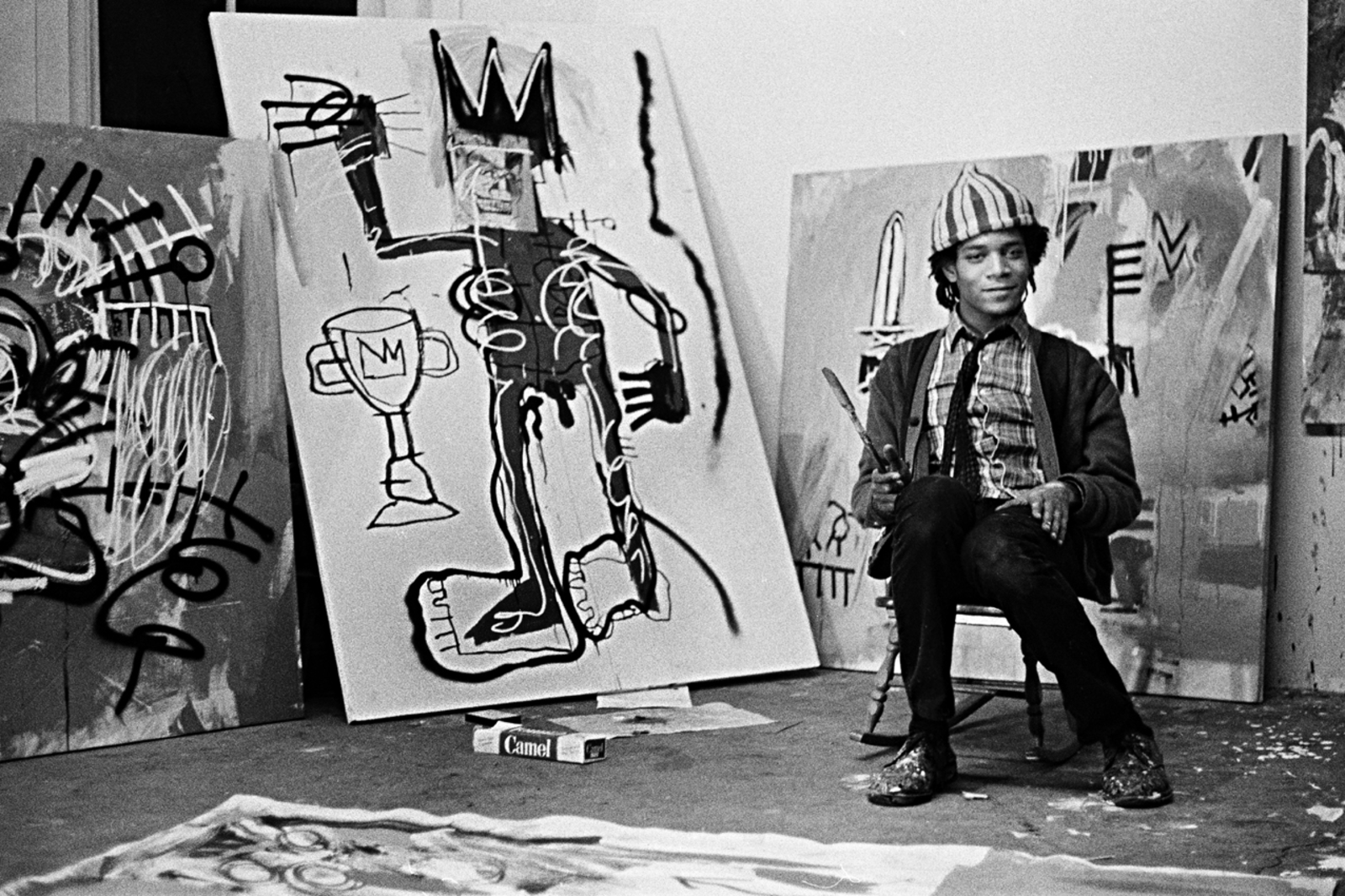 Basquiat in his studio.

This is not to say that Basquiat’s work is undeserving of all this attention or that Diaz’s work doesn’t do Basquiat’s legacy justice. In a city as large as New York City, it’s easy for someone (much less an artist who has passed away thirty years ago) to be forgotten. Serving as important recognition for the street artists,  in 2016 a permanent plaque was installed outside his studio as one of the only reminders that Basquiat walked these streets. It’s just a question of whether or not all this fanfare—including a sixty-four dollar burger named for Basquiat from a restaurant on the Bowery, I kid you not—feels like too much and whether or not that takes away from the real appreciation of Basquiat’s work and life. Are we paying attention to what we should be paying attention to? 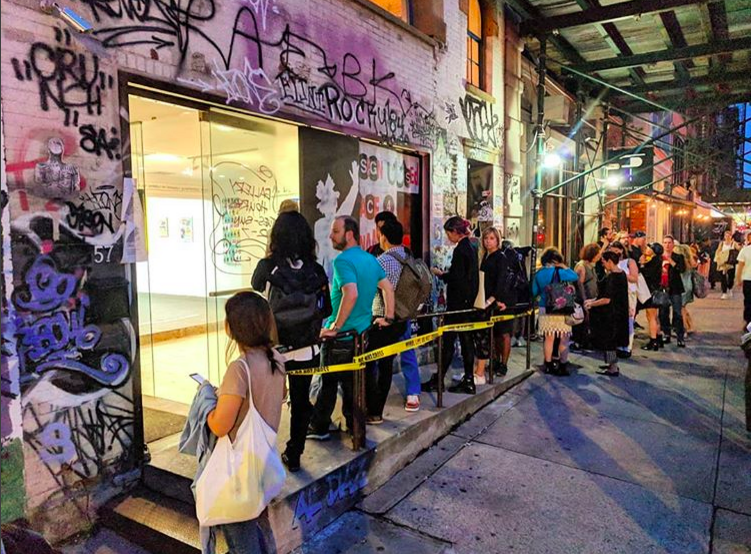 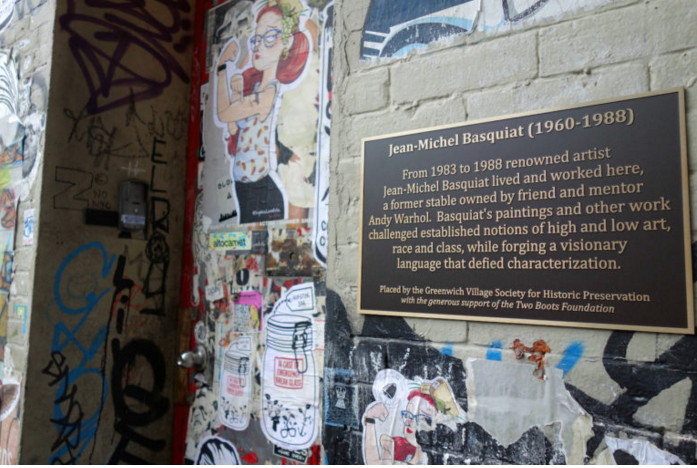 In a podcast interview between Diaz and E.V. Grieve, they discuss people’s public perception of Basquiat versus how Diaz remembers him and what this means in terms of understanding his art and dealing with his legacy. This is a curious conversation, and probably one that’s hard to broach for Diaz since, despite their friendship, he and Basquiat were both parts of the infamous SAMO duo, but I think we all know who was the better known of the two. Diaz puts it aptly, which leads me to believe that if Basquiat were still alive, he would be perfectly fine with the art lovers paying tribute to him by actually looking at his paintings and also totally cool with someone remembering him by wearing a Basquiat inspired Comme des Garçons Basquiat shirt: “This is what happens- when any person becomes this kind of a cult hero gets kind of sanctified and that’s just not the way it is. People are flawed and there are times you want to light them on fire-they become bigger than life. He was someone who would get on your nerves sometimes-he was brilliant, but a human just like anyone else…He manipulated people. He was climbing a ladder to success and it didn’t matter who got hurt in the process.” 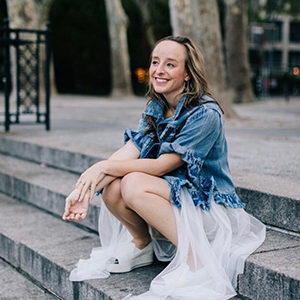 My favorite way to describe Beckie Warren, the infamous founder of @girlseesart, is that she could literally talk to a wall...