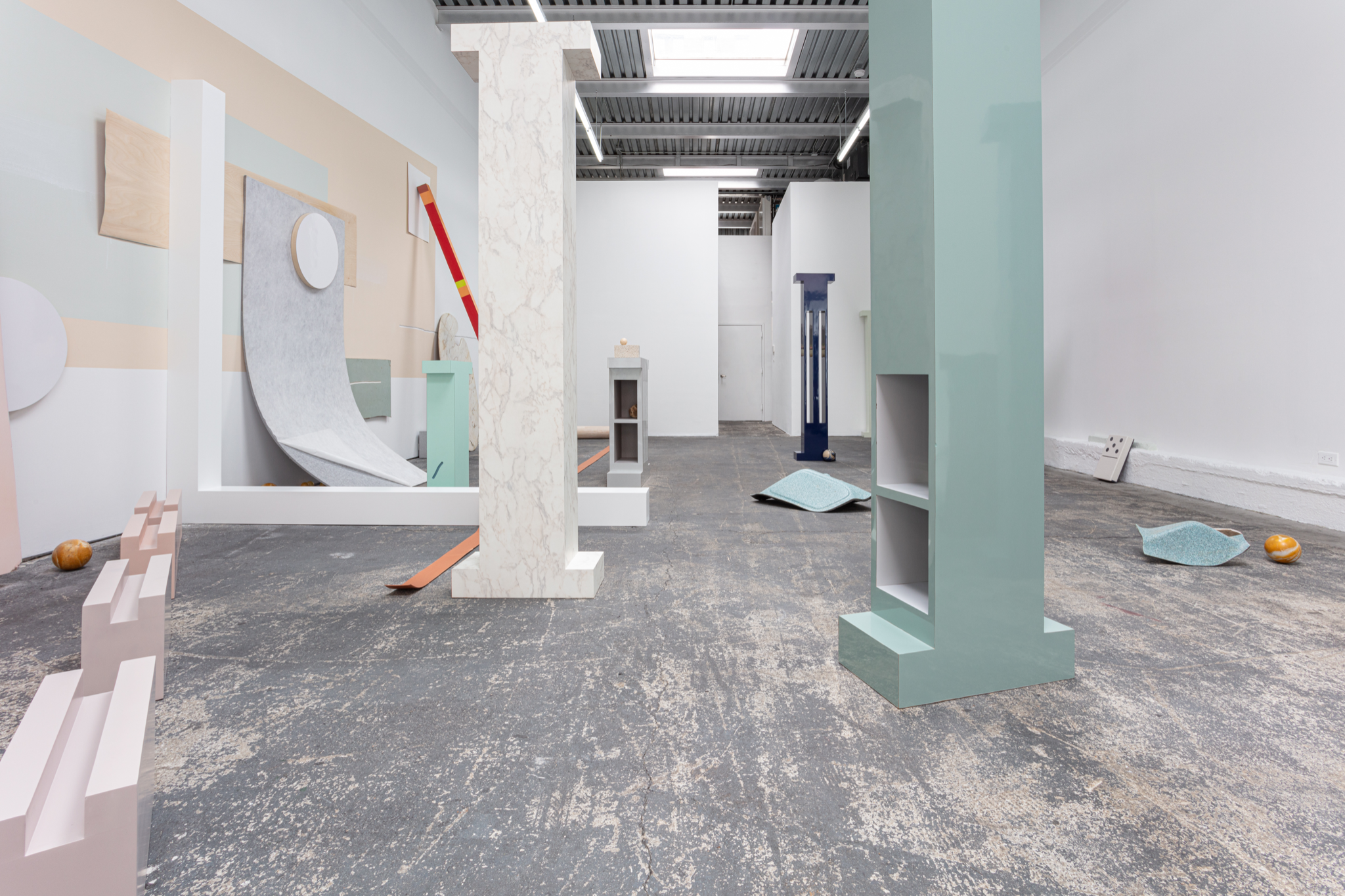 Tra(n)ce: Ma Tiantian’s Meditation During The Time of Global Anxiety

While New York galleries are often associated with the glitzy white cubes of Chelsea, it’s the spaces in the Lower East Side that put on some of the most exciting, refreshing exhibitions. A staple of the LES art scene, Spencer Brownstone Gallery has made a name for itself with thoughtful shows that push the architectural boundaries of the space and elevate the art of exhibition design. The gallery also sets itself apart with longer shows, usually lasting at least two months, a welcome departure from the rapid fire four to six week rotation that is common in New York. The current exhibition of works by Katie Bell, titled “ARENA,” is a calm, yet playful landscape of semi-functional sculptures that challenge the viewer’s sense of scale and embrace the ambiguous distinction between art and object.

Bell’s first show with Spencer Brownstone Gallery, “ARENA” brings together an array of materials and shapes, both found and fabricated. Though her background is in painting, she has shifted to sculpture in her recent works. Scattered throughout the gallery are classical columns rendered in crisp, modern materials like cabinet veneers that recall the Postmodern designs of Ettore Sottsass and the Memphis group. While a nod to the Postmodern masters, Bell’s works abandon bright colors and instead adopt overall pale, soft hues punctuated by the occasional dark blue, red, and green. The result is a serene homage to design from antiquity to the contemporary world.

The artist has taken over the entire space of the gallery, using the architecture as a framework to create, as the title states, an “arena” that spills out into the open courtyard. Walking through the show, the viewer must carefully choose their path and watch their footing as the eye is drawn from the surfaces of the columns down to the objects along the floor. There is a subtle suggestion of games and play with giant dominos and different colored balls scattered across the room and leaning against the wall. Even the turquoise, curved fragments of a discarded hot tub appear to be game pieces ready to play their next moves. This invitation to wander and engage makes the viewer feel like yet another giant piece in the artist’s game. The viewer is invited, indeed required, to join and to mentally move the objects, as if they all have the capacity to come to life.

In putting the show together, Bell worked off of a model of the gallery, moving the sculptures and objects around and exploring how they look in different areas. Translated into the larger forms in the exhibition, there is a sense of everything having been both purposefully and spontaneously placed, as if bearing equal parts logic and chance. Further pushing this Surrealist sense of order and chaos are the scales of the objects. The columns are human scale, too short in relation to the architecture of the gallery, but just tall enough so as to not make the viewer feel small. Other objects are the exact opposite: dominos are exponentially larger than expected, an oversized painter’s palette leans against the wall, even the wall piece Object of the Game feels like a two-dimensional modern painting that has sprung off of the canvas and into the space of the gallery. Indeed, the presentation as a whole seems to defy the term exhibition and move closer to an experience.

Bell further confuses logic when considering function. Apparent throughout the exhibition, objects are often not what they seem to be. The columns in particular are unable to serve their original architectural purpose, but they retain the capacity to be functional. With individual nooks and cavities, some of which contain objects, the columns could be used to display things or serve as bookshelves. Even the balls seen throughout the exhibition defy a sense of finite purpose. Though technically pool balls that the artist gathered over a period of time from marketplaces like eBay, they lose their functionality by removing them from their intended context. Blurring the lines between fine art, design, and everyday objects, Bell leaves the viewer, and in turn the buyer, free to decide the purpose of her creations.